Born in Antwerp in 1886, Albéric Collin is today the best-known Belgian animal sculptor. His artistic career began with lively caricatures, but as well as a limited number of compositions with human figures, his extensive oeuvre includes more or less every possible kind of animal to be found inside or outside the zoo. An inventory of this work records more than 600 sculptures (and large pastel drawings), in bronze, terracotta, gypsum and sandstone. His development was crucially influenced by his encounter and years of friendship with the Italian-French animal sculptor Rembrandt Bugatti (1882–1916), who may be regarded as the true inspiration behind Collin’s work. For a sense of Collin’s relationship with this exceptional artist, you have only to refer to an interview that appeared in Le Matin on 27 January 1922: ‘Sometimes in the middle of a task he watched me working, gave me his opinion, briefly, without unnecessary details… . He told me what needed to be done, gave me a helping hand here and there, confidently, without hesitating, then he would invite me to finish the evening out with him.’ Later still Collin explained, ‘He advised me, helped me, pushed me to perfect my art. I owe him a great deal.’

After exemplary studies at the Antwerp Academy (where his teachers included Josuë Dupon), Collin’s constant attendance over many years at Antwerp Zoo not only led him to meet many Belgian and foreign colleagues, including Raymond de Meester de Betzenbroeck (1904–95) and Paul Jouve (1878–1973), but also, and most importantly, gave him a close knowledge of the animals collected there. Nothing about their anatomy, their characteristics or their behaviour escaped his keen eye.

During the First World War, Collin stayed for some time in England, where his sister was a nun, and subsequently he moved to the Netherlands. In those years his talents as a caricaturist once again came to the fore in a biting condemnation of the brutalities of war. After 1920, Collin’s work was regularly shown in exhibitions both at home and abroad, scoring a success with eminent art collectors. Like Bugatti, Collin attached great importance to the precision of bronze casting and the quality of patination. The study of Collin’s stylistic development is unfortunately impeded by the fact that only very few sculptures carry a date.

There are no important milestones in the career of Collin, who regularly sat on art committees but never took a teaching position. Twice he created colossal elephant sculptures for world exhibitions: twelve stylised, life-sized examples to decorate the access bridge in Antwerp in 1930, and five years later a concrete African elephant ridden by three natives. This pièce de résistance was later moved to Tervuren where it now stands in front of the Royal Museum of Central Africa. A first major retrospective was held in Brussels in 1933, and at a second, held in Antwerp Zoo in 1950, more than 100 sculptures were assembled, mostly from private collections. Two years previously, Albéric Collin had made a gift of two life-sized bronze panthers to the zoo as a sign of his gratitude. He died in his home city of Antwerp on 14 September 1962. Representative work by this very prolific animal sculptor can also be admired in the leading Belgian museums. Even more than in public collections, however, the name of Albéric Collin has today become highly significant amongst private collectors of animal sculpture across the world. 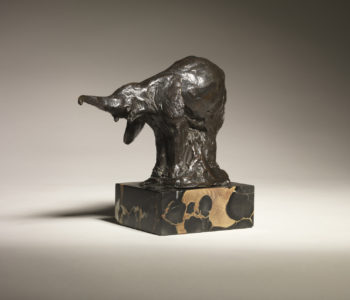 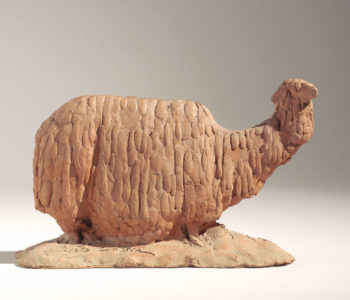 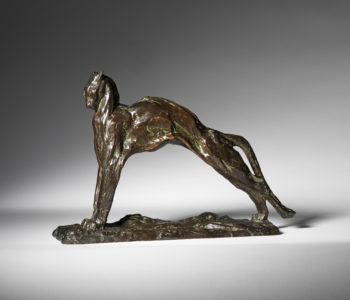 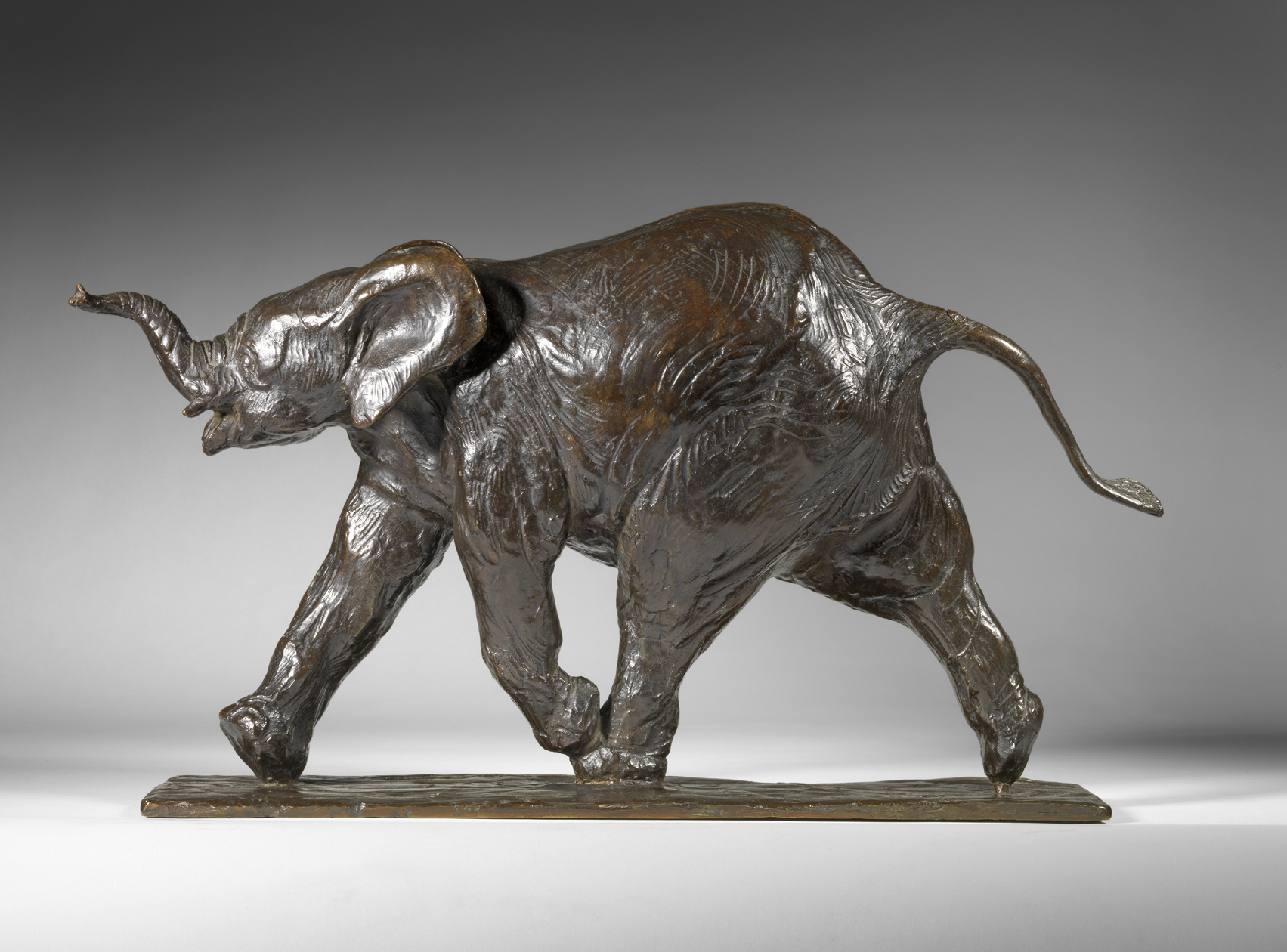 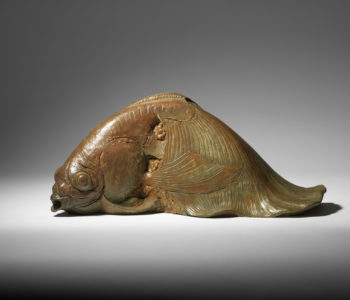 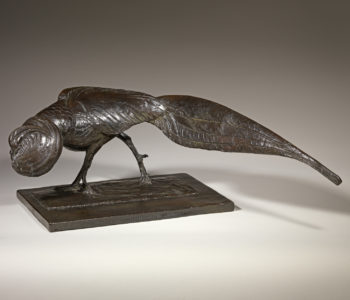 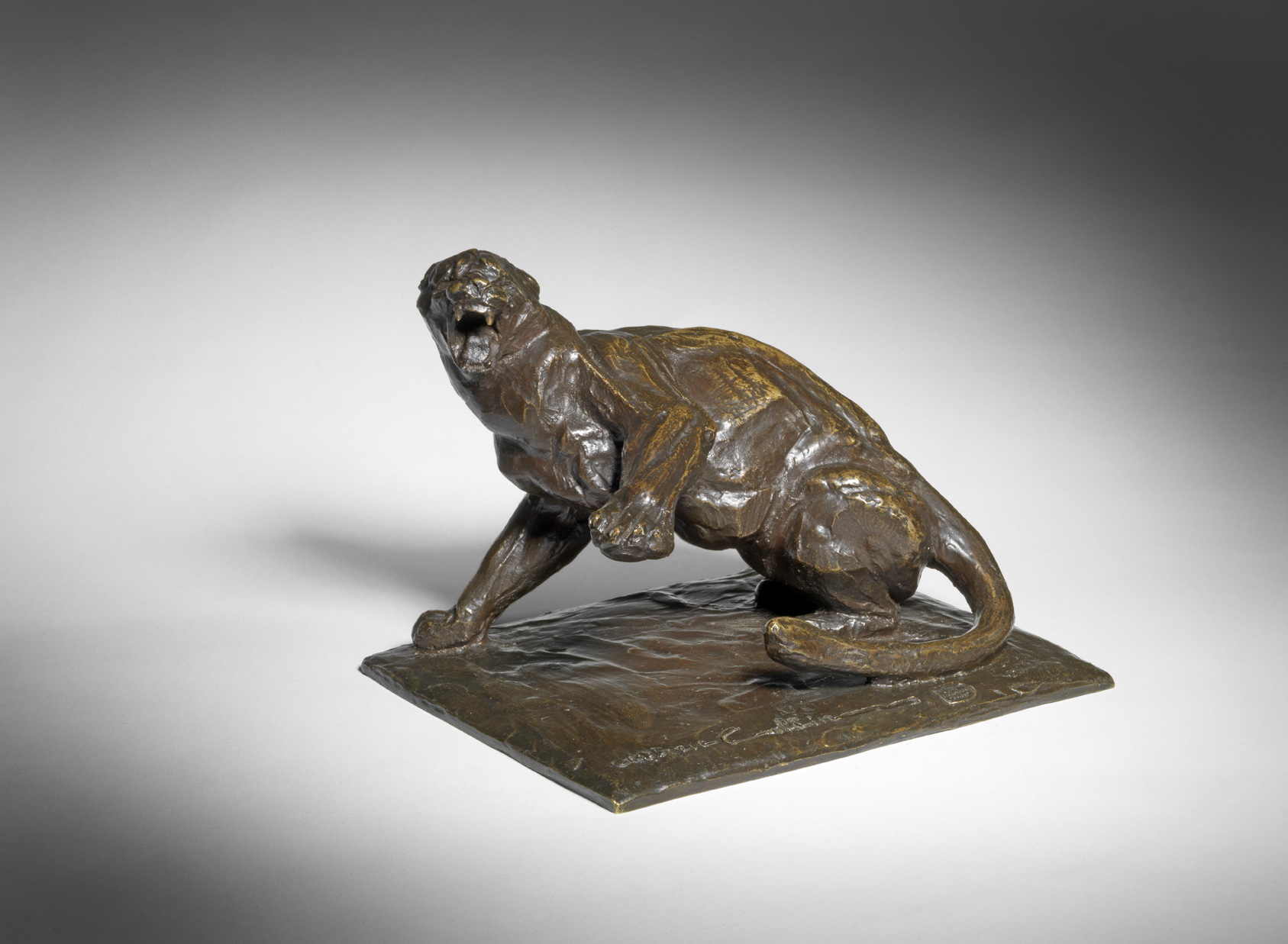 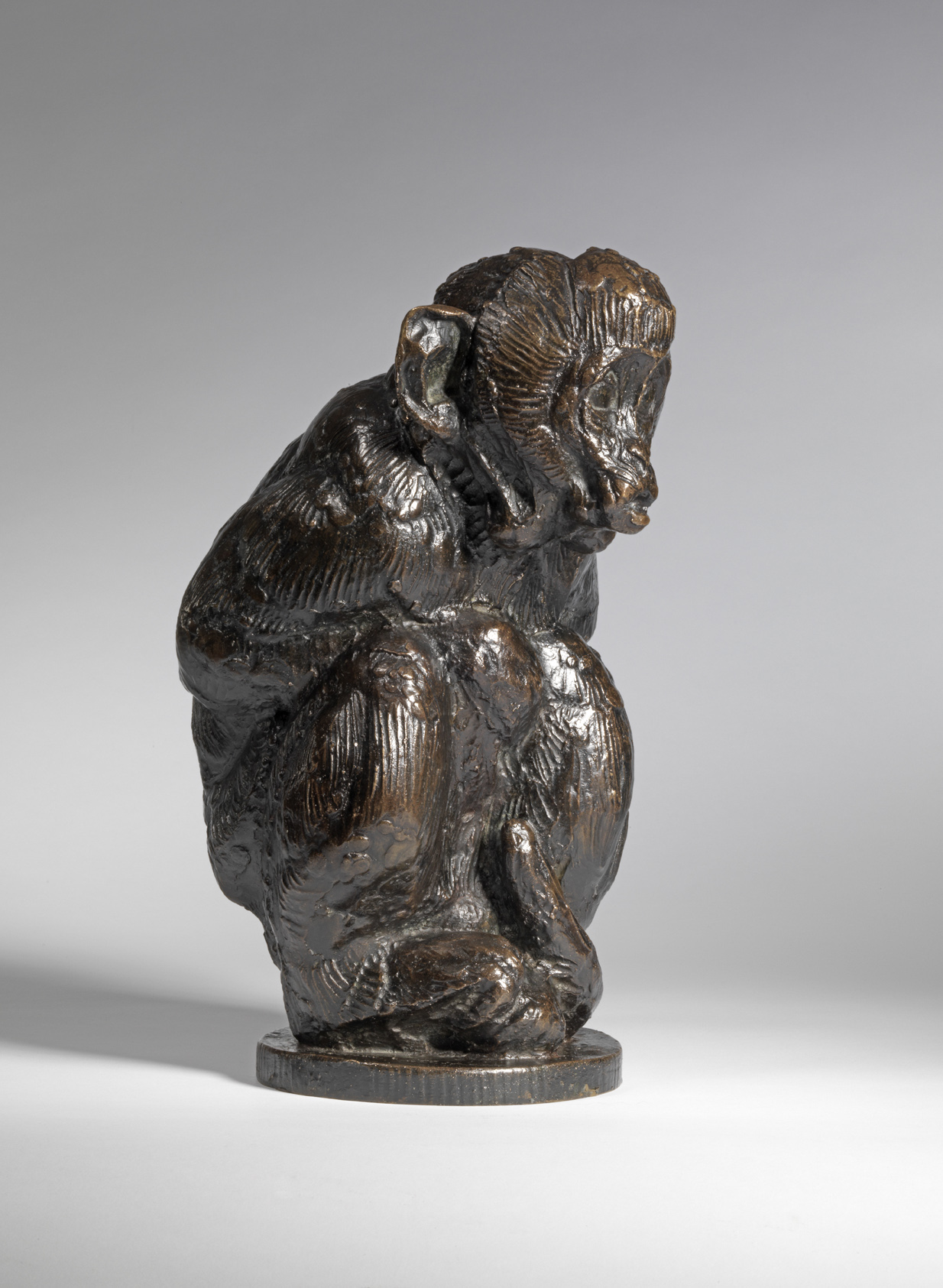 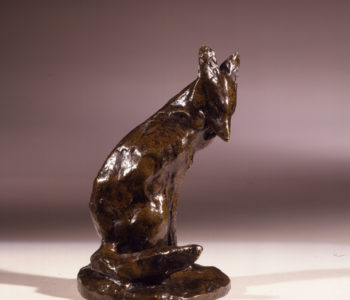 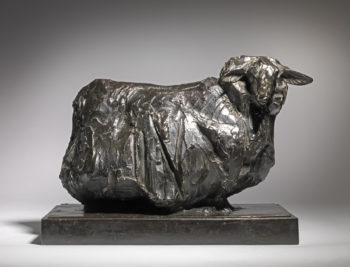 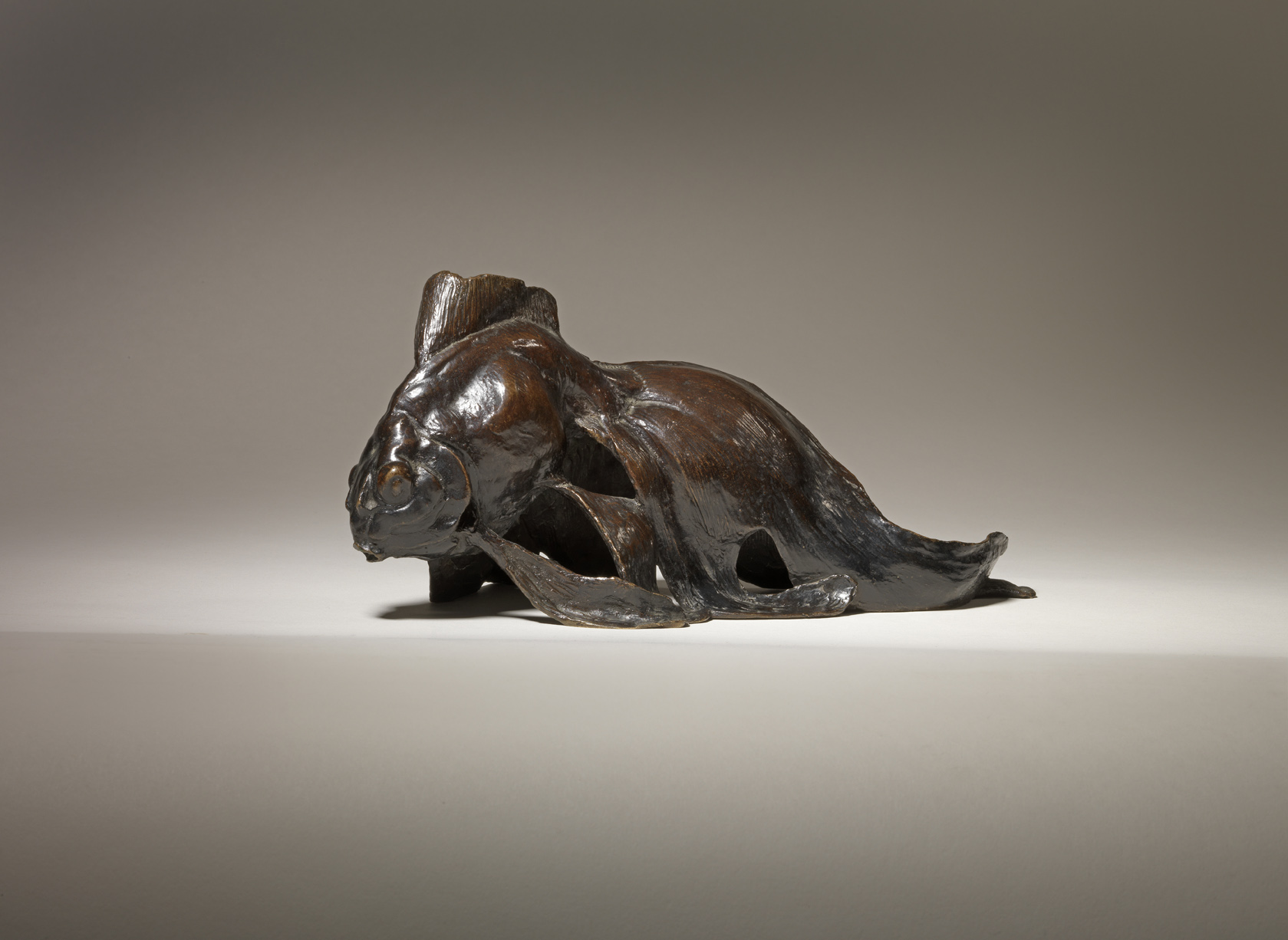 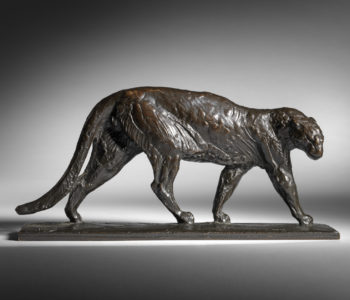 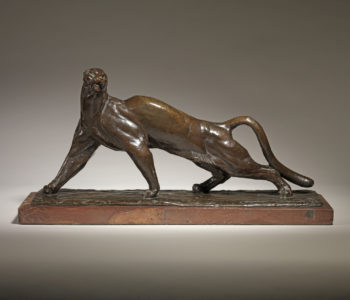 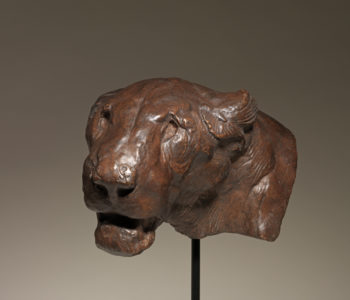 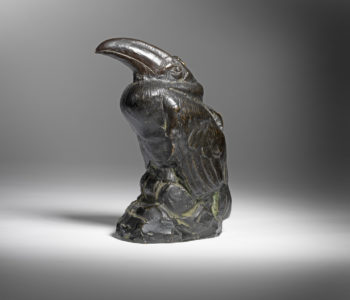 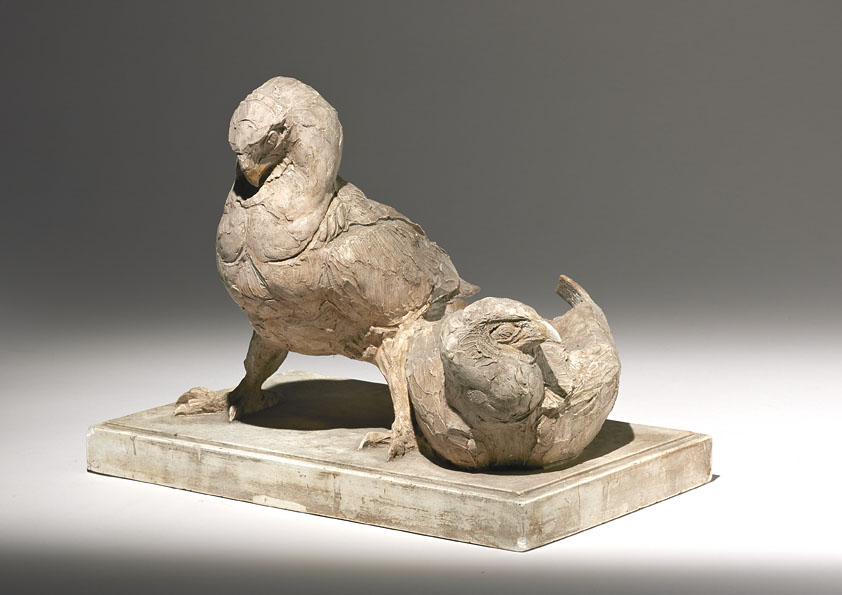 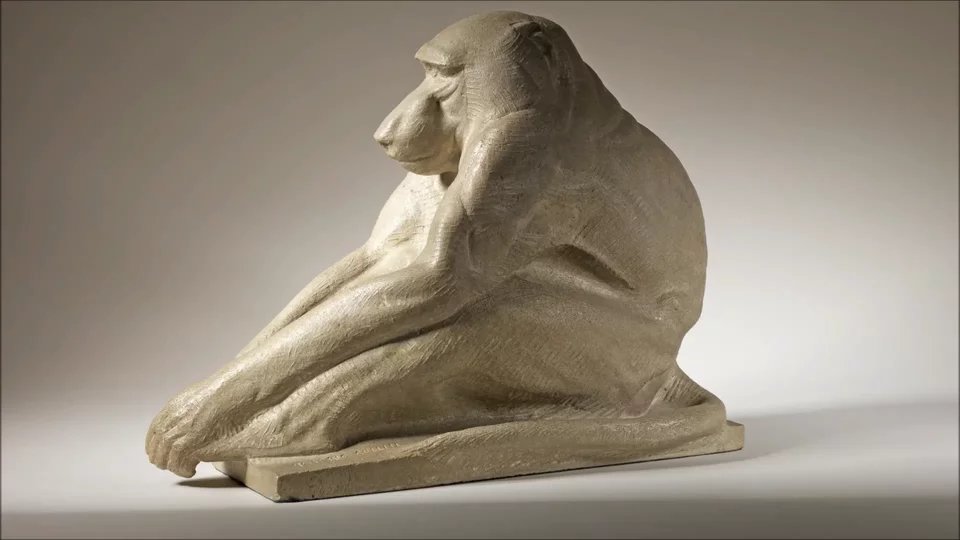 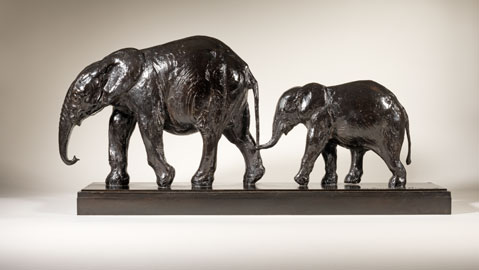