Steinlen was born in Lausanne, Switzerland on November 10, 1859. He grew up in an artistic environment, his grandfather being a teacher of drawing in Vevey. In 1881,

Steinlen moved to Paris where he later became a French citizen. He was a multi-talented artist; a painter, draughtsman, engraver and sculptor. He produced comic strip stories for numerous journals, principally Le Chat Noir. Having achieved public recognition for this, he went on to design lithographs and political posters. In the late 1890’s, Steinlen produced his first engravings under the tutelage of his friend Eugène Delâtre. His paintings of rural landscapes, flowers and nudes were later shown at the Salon des Indépendants.

Over the next thirty years, Steinlen produced a vast number of illustrations, many of which had a political nature. By far the most notable of Steinlen’s sculptures are his depictions of cats. Indeed, in his studio at 21 rue Caulaincourt, he was surrounded by cats, an animal with which he had a life-long fascination. He produced numerous drawings and paintings of this motif throughout his successful career.

Théophile Steinlen died in 1923 in Paris and was buried in Montmartre. Today, his works can be found at many important museums around the world including the Hermitage Museum in St. Petersburg and the National Gallery of Art in Washington. 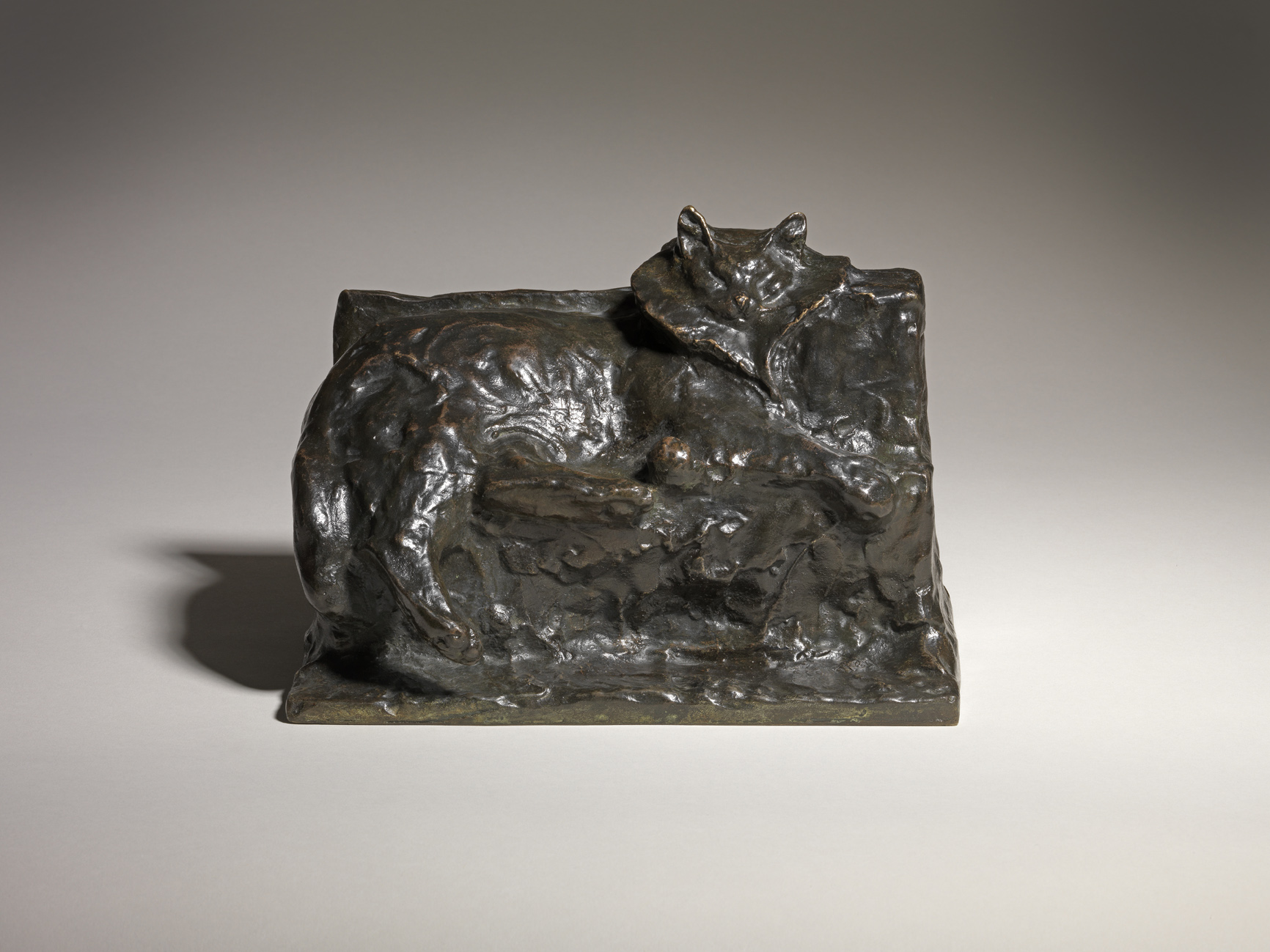 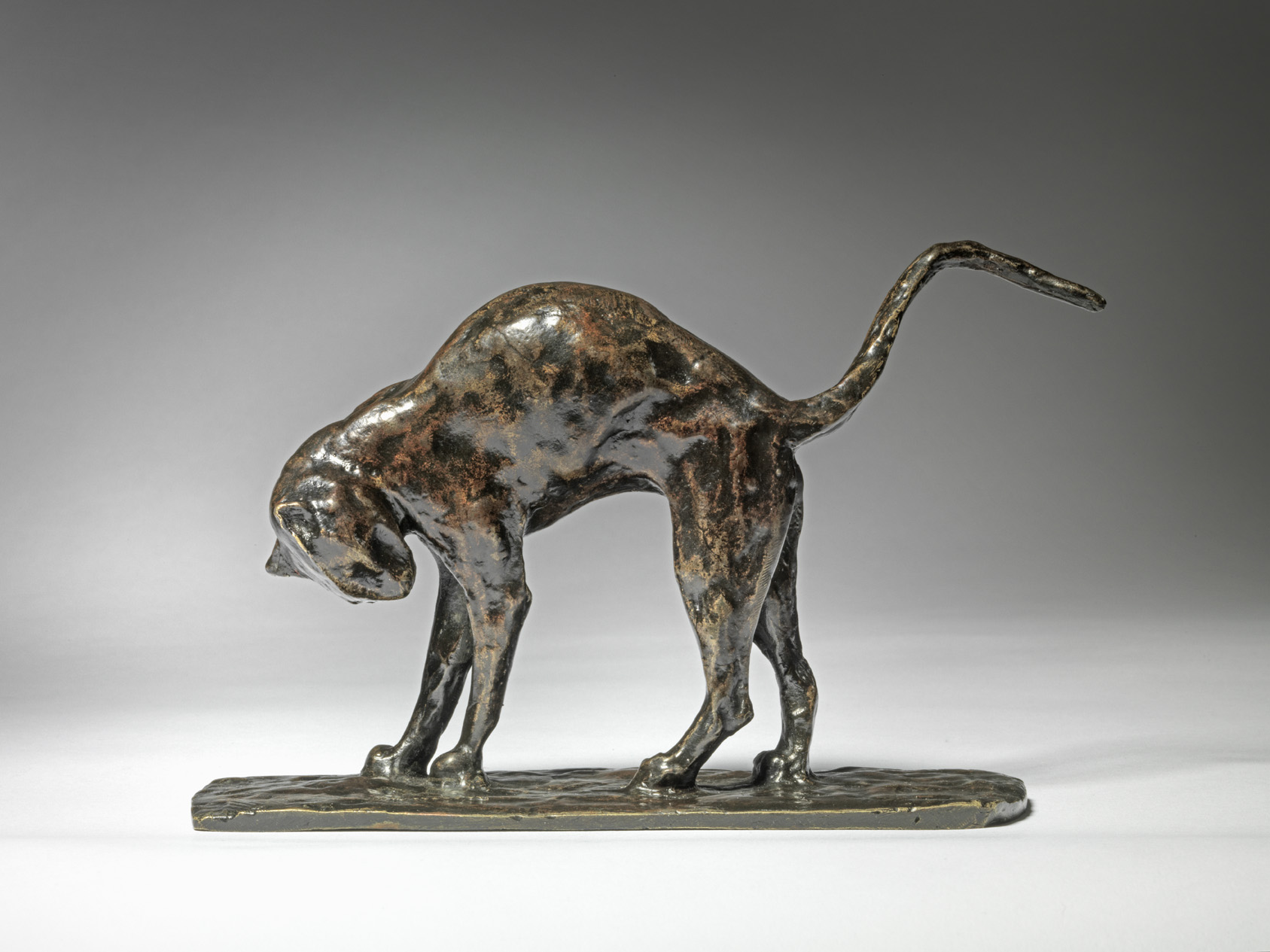 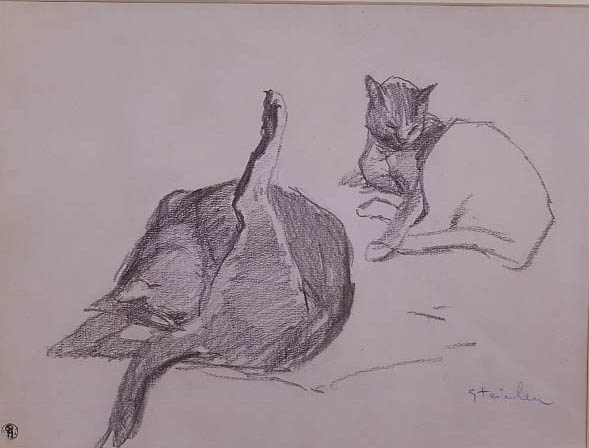 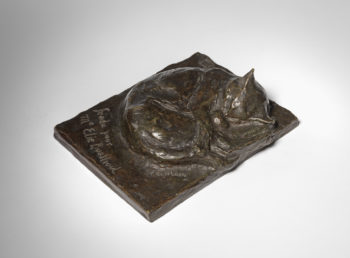 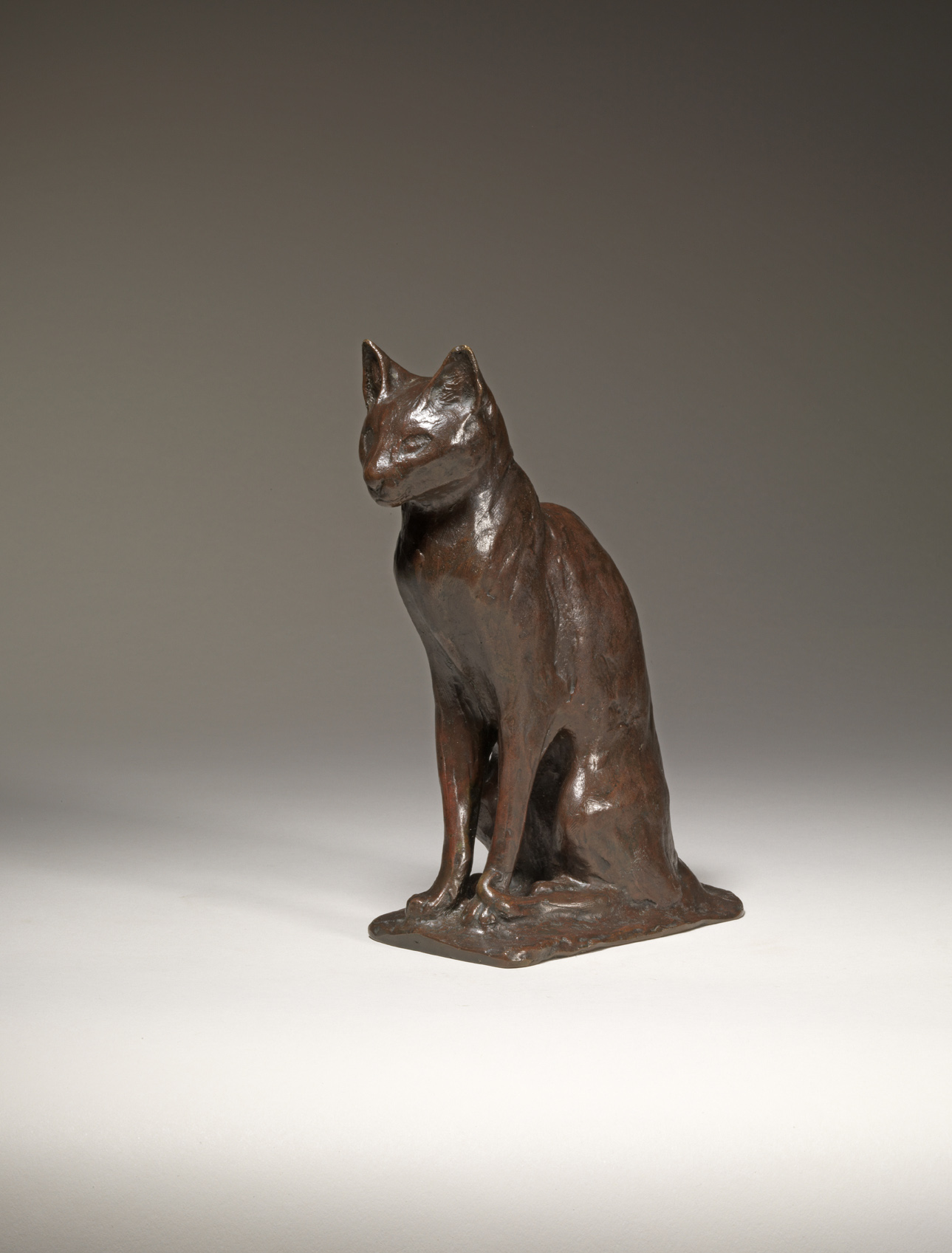 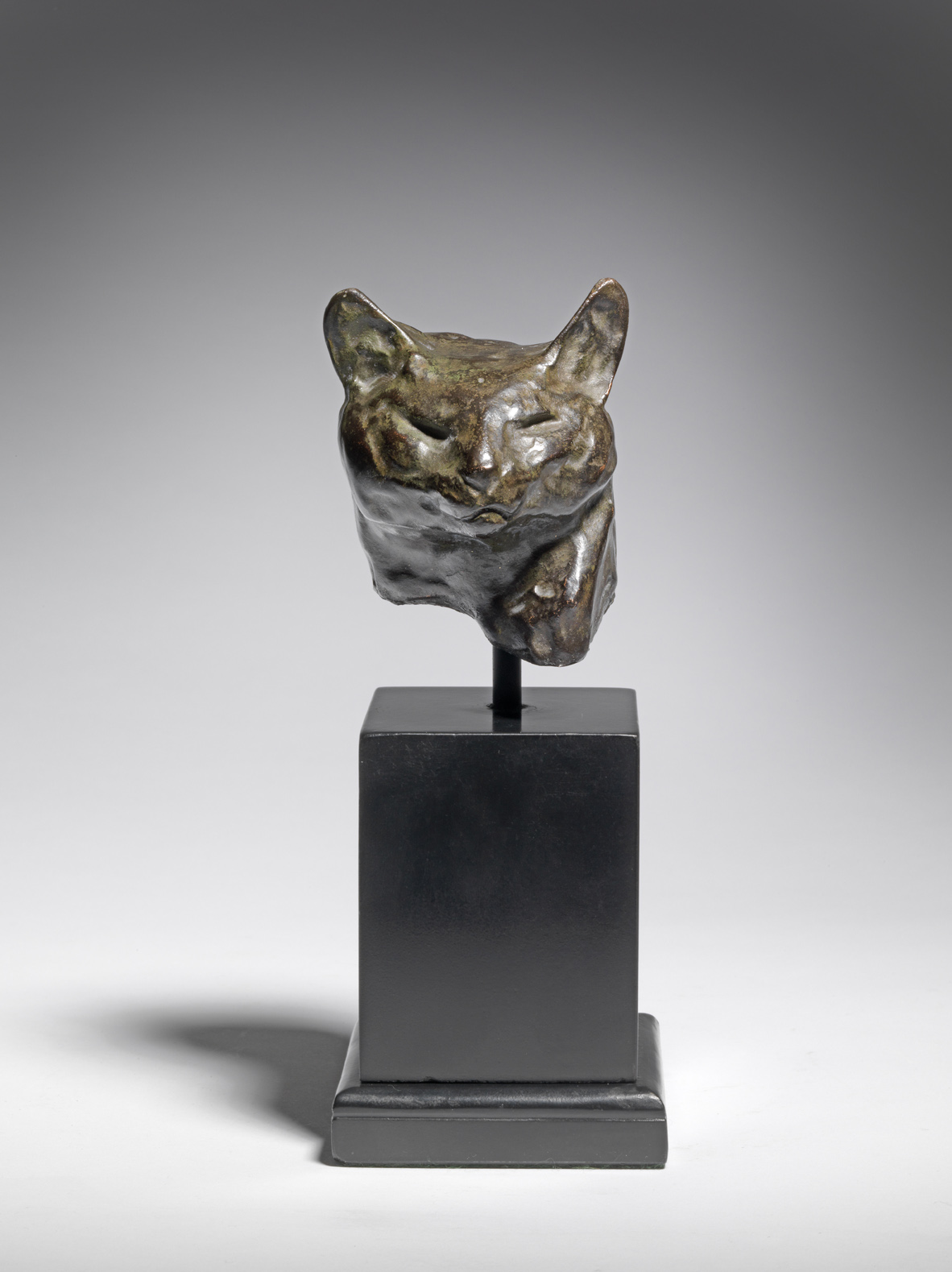 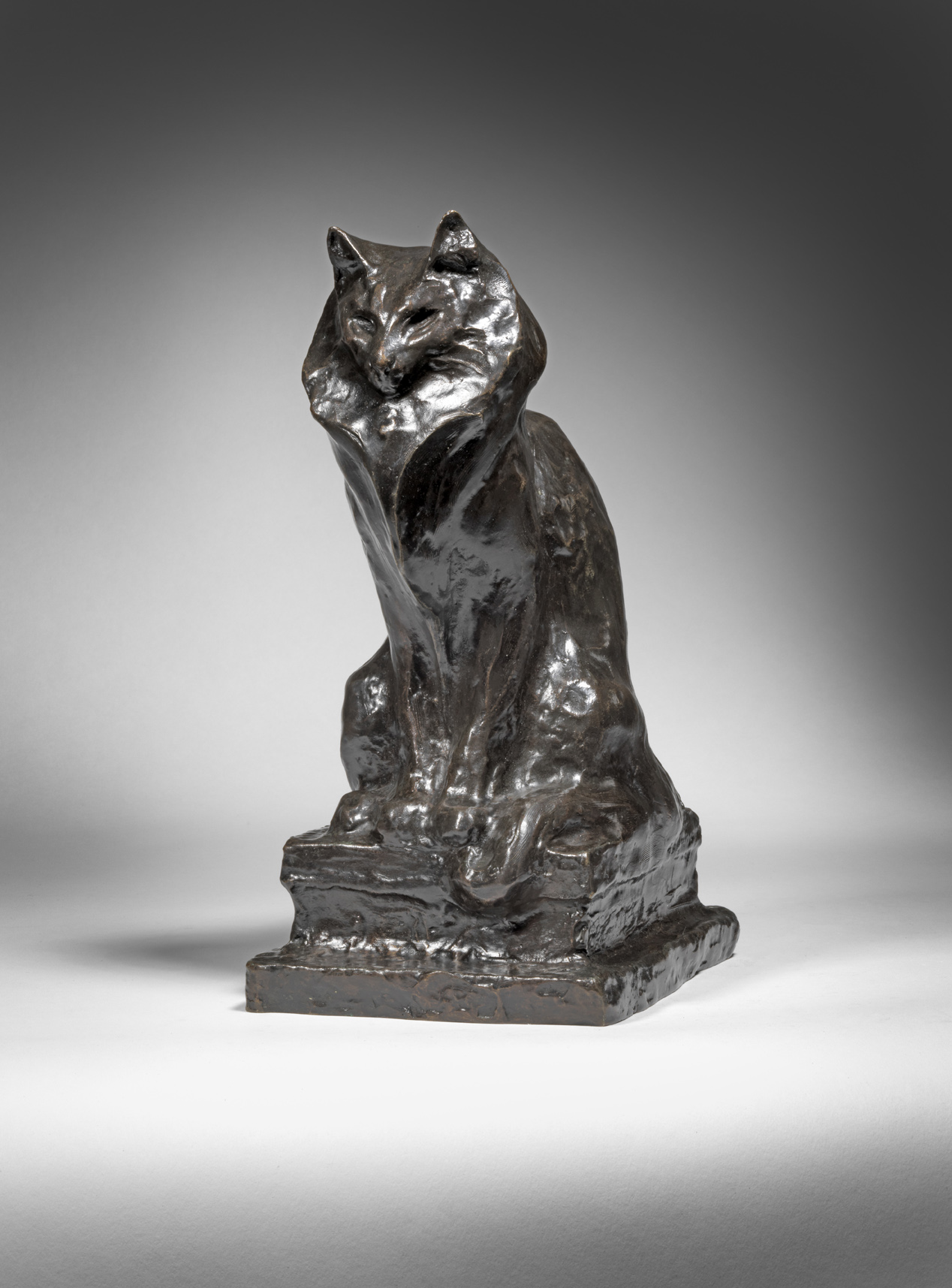 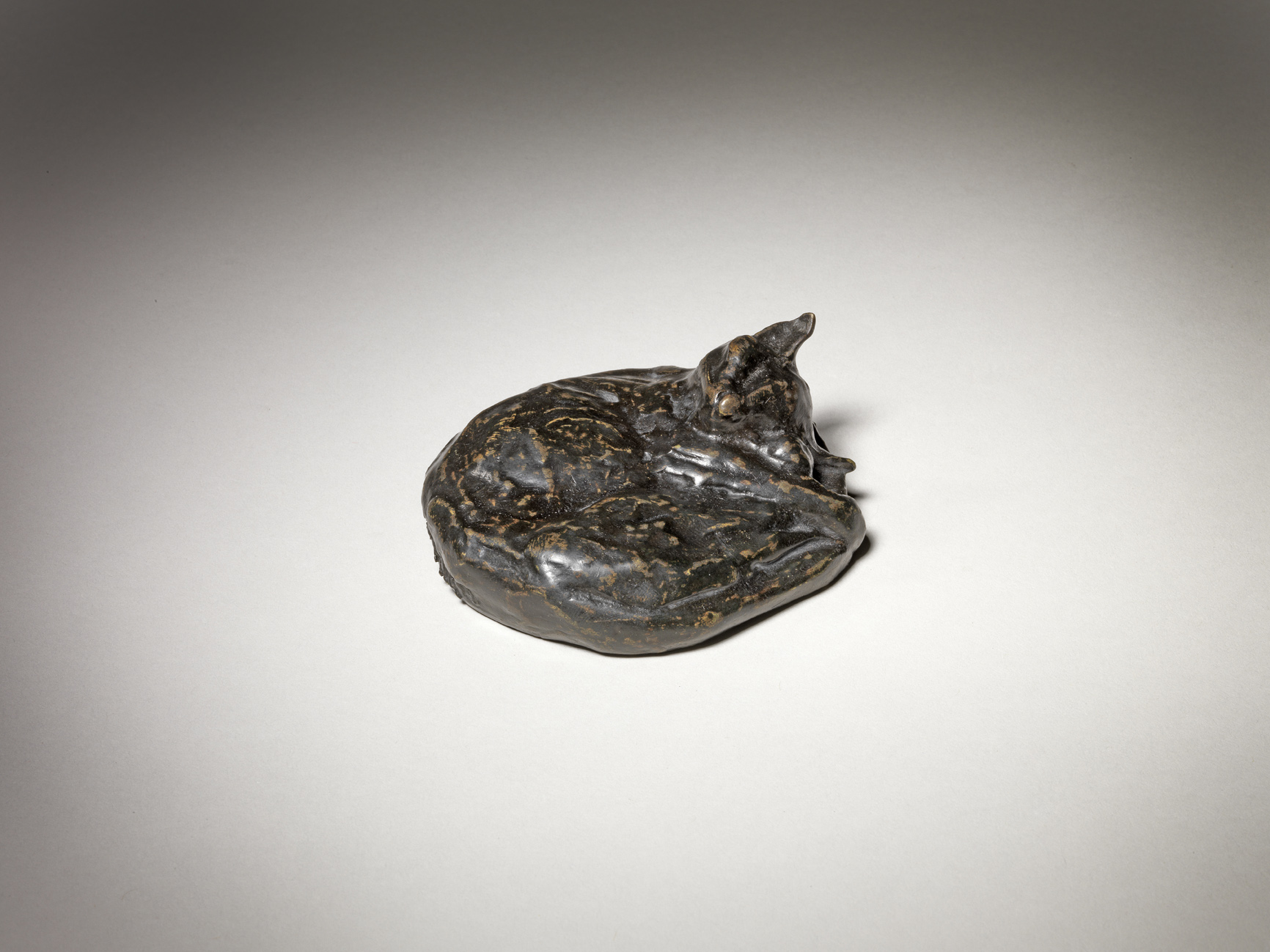 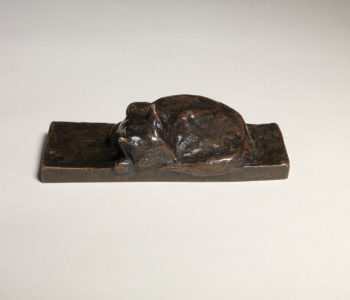 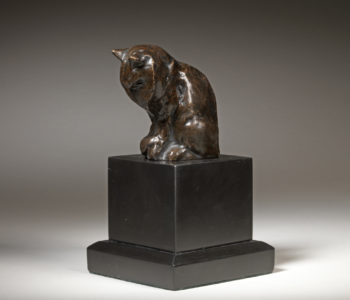 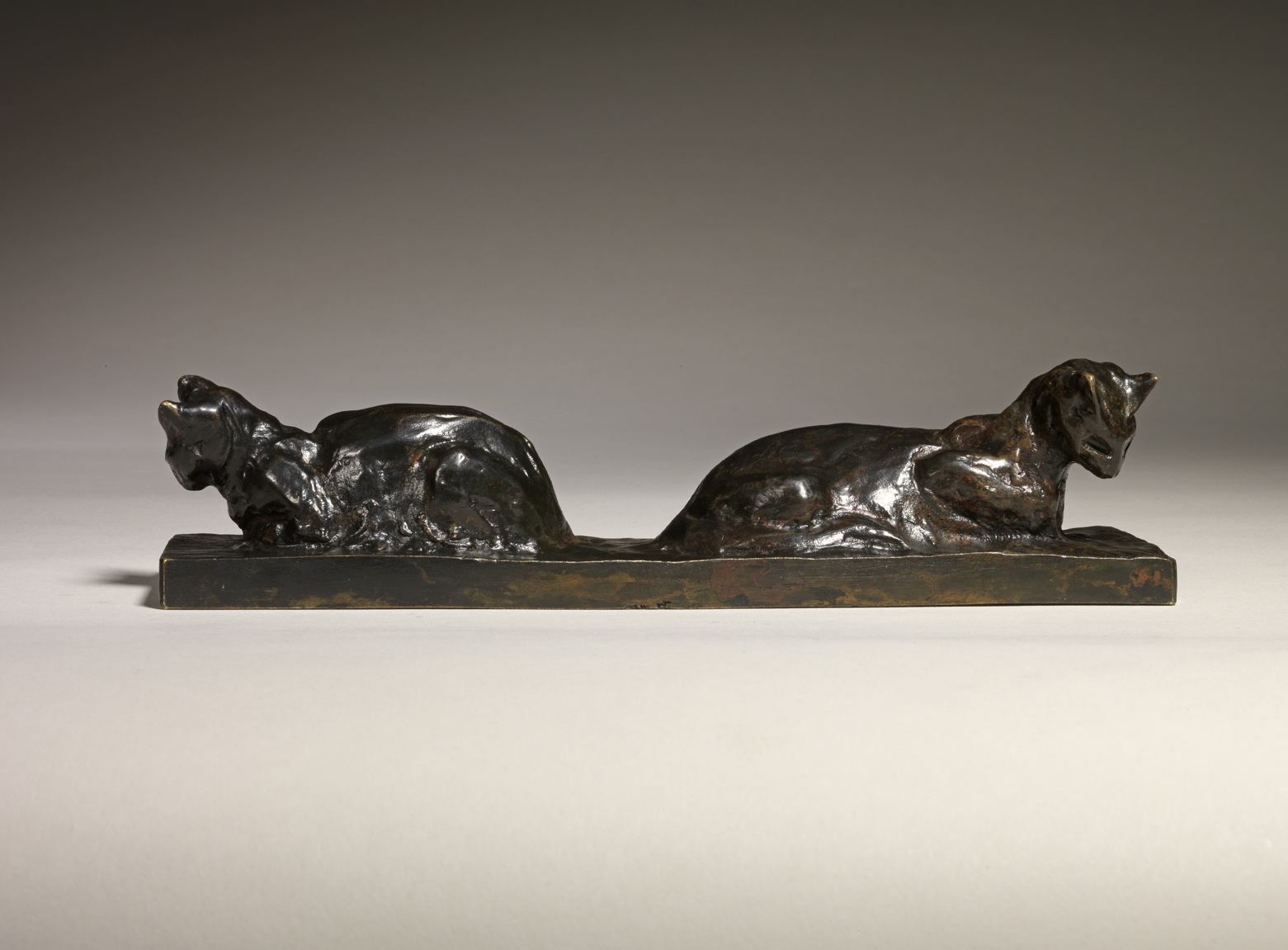