Isidore Jules Bonheur was born on May 15th in Bordeaux and exhibited great artistic aptitude from an early age, being tutored in drawing and painting by his father. In 1849, at the age of 22, he enrolled at the École des Beaux Arts, but had, in fact, already made his debut at the Salon of 1848. This first entry was a painting entitled “African Horseman Attacked by a Lion” and a plaster model of the same subject. Whilst he regularly exhibited at the Salon, he began to exhibit both paintings and bronzes at the Royal Academy in London and won a gold medal at the Exposition Universelle of 1889.

Bonheur’s popularity and success increased tremendously when he started producing Animalier sculpture. Sheep and cattle became the main subjects of his models, perhaps influenced by his sister Rosa’s masterful representations of these animals. In fact, several of his works were modelled as a complement to the figures Rosa had sculpted – his “Merino Ram” and cows were paired with her “Ewe” and bulls. Bonheur’s fascination with cattle and his ability to capture their character but also their anatomical features was superbly demonstrated in his model of a “Normandy Cow”. He adeptly captured the placid attitude of cows and the aggressive restlessness of bulls

Two superb models of bulls, exhibited in plaster at the Salon of 1865, were commissioned, on a monumental scale, for the palace of the Sultan of Constantinople. Unfortunately, due to the Sultan’s early death these models were never delivered. Bonheur’s small animal sculptures were cast by his brother-in-law, Hippolyte Peyrol, one of the premier founders of the time.

Bonheur was equally adept at modelling sheep, dogs and later in his career, equestrian figures. Animalier sculptures were extremely popular in Britain in the 1870’s and Bonheur was quick to cater to this appreciative market. During this period, he produced fine equestrian models of the “Prince of Wales”, a pair of “Carriage Horses with a Postilion”, a “Mare and Foal”, a “Horse and Jockey”, and a “Horse and Groom”. Bonheur also sculpted several hunting groups. These models included a hound leaping on to a boar, a bronze of a setter entitled “Cora” and figures of dogs with cattle or sheep. 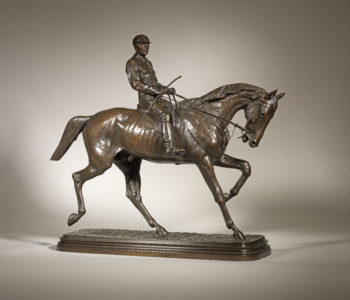 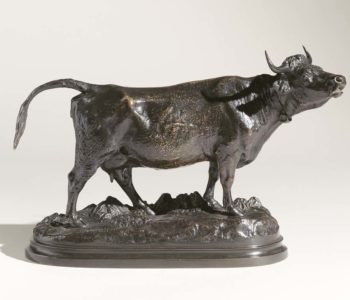 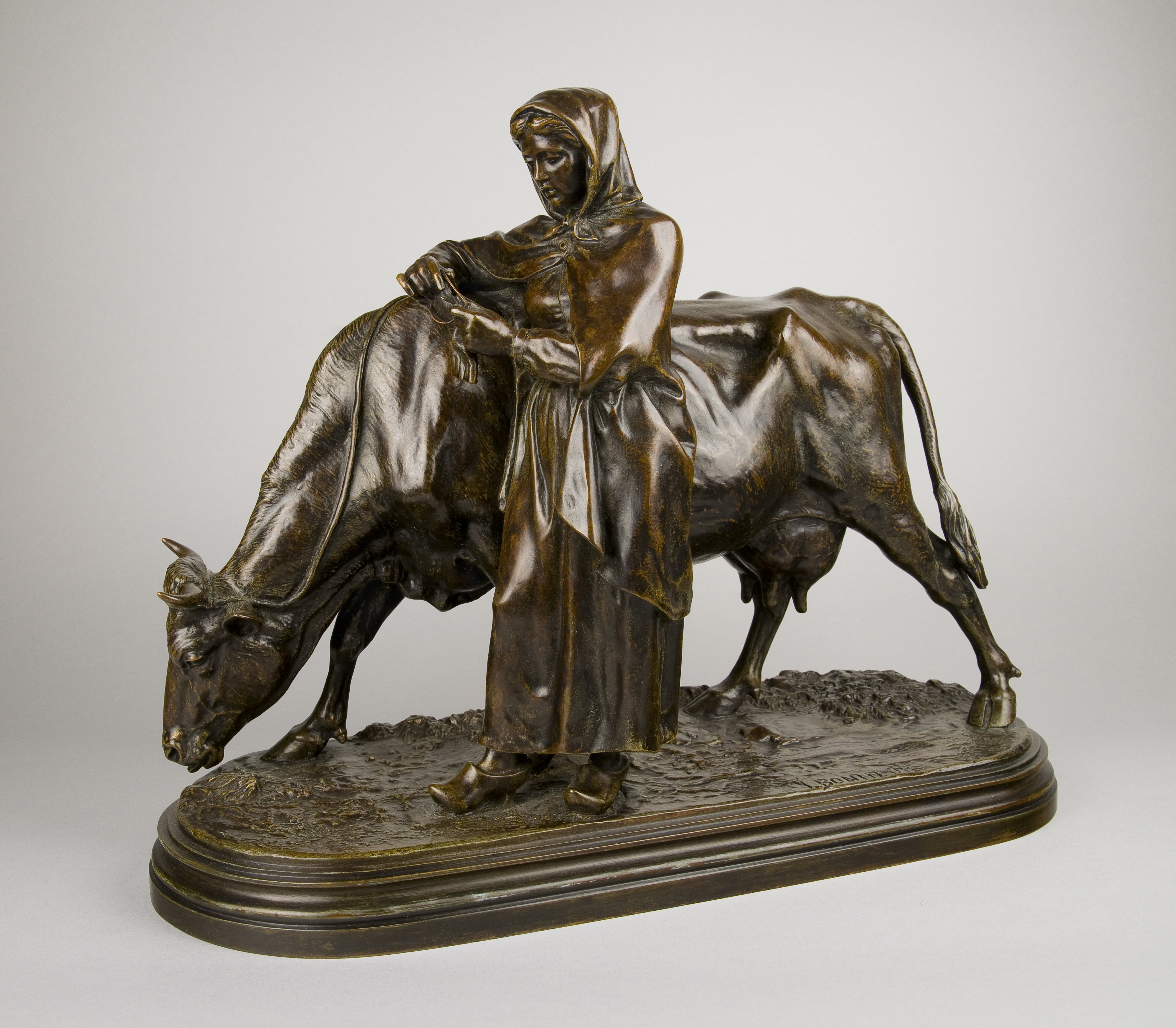 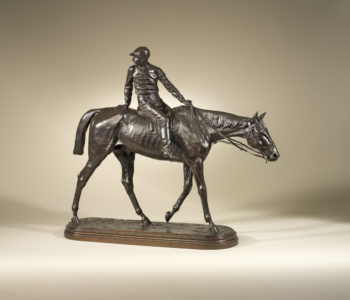 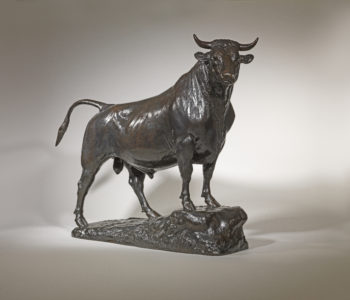 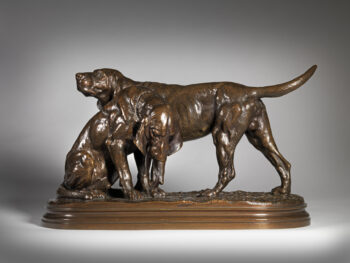 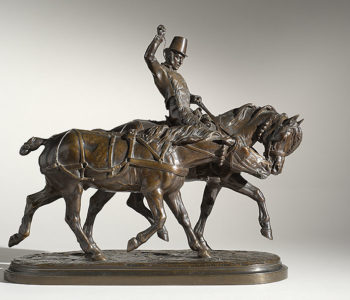 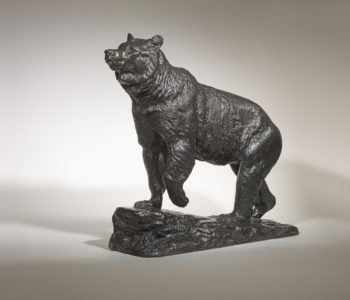 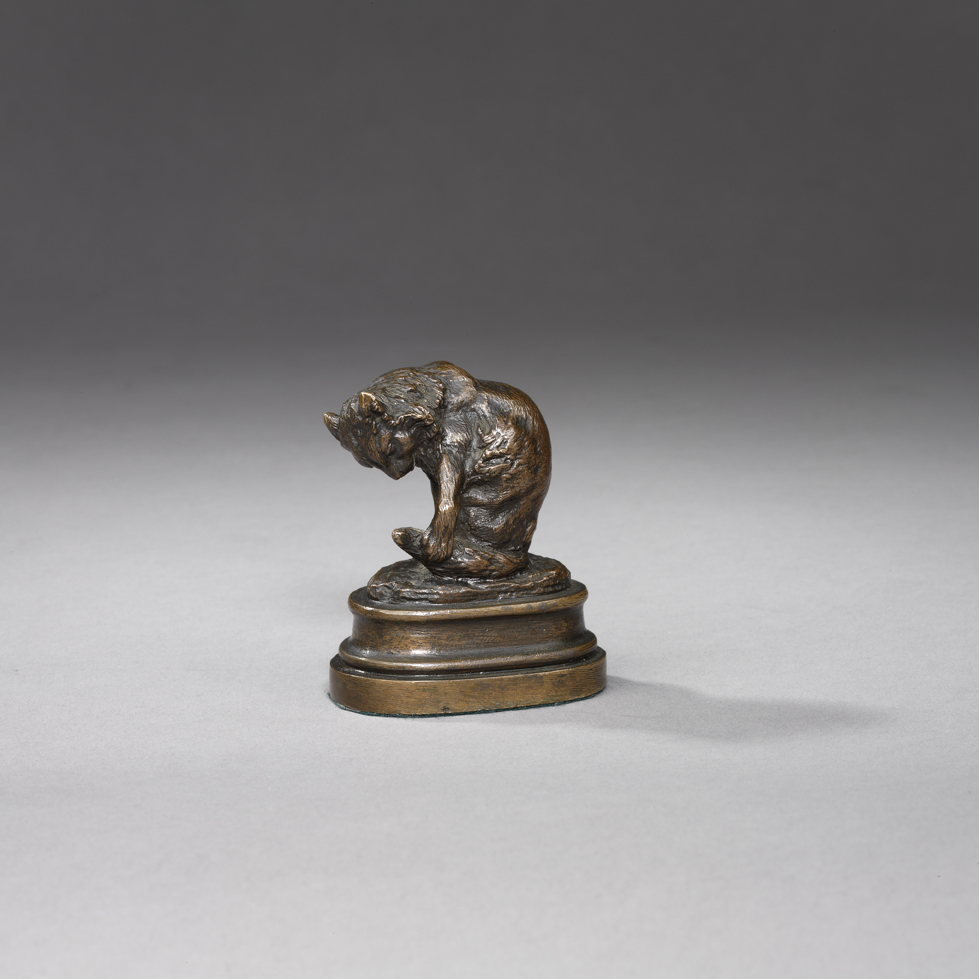 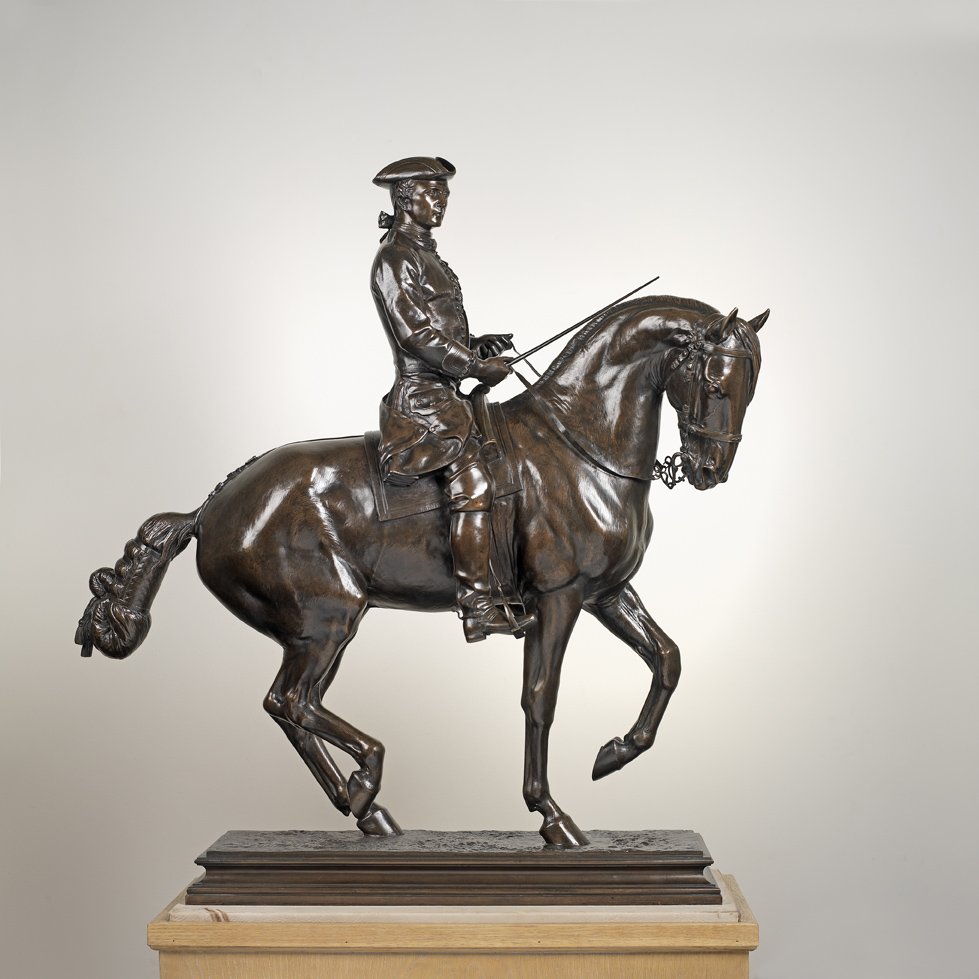 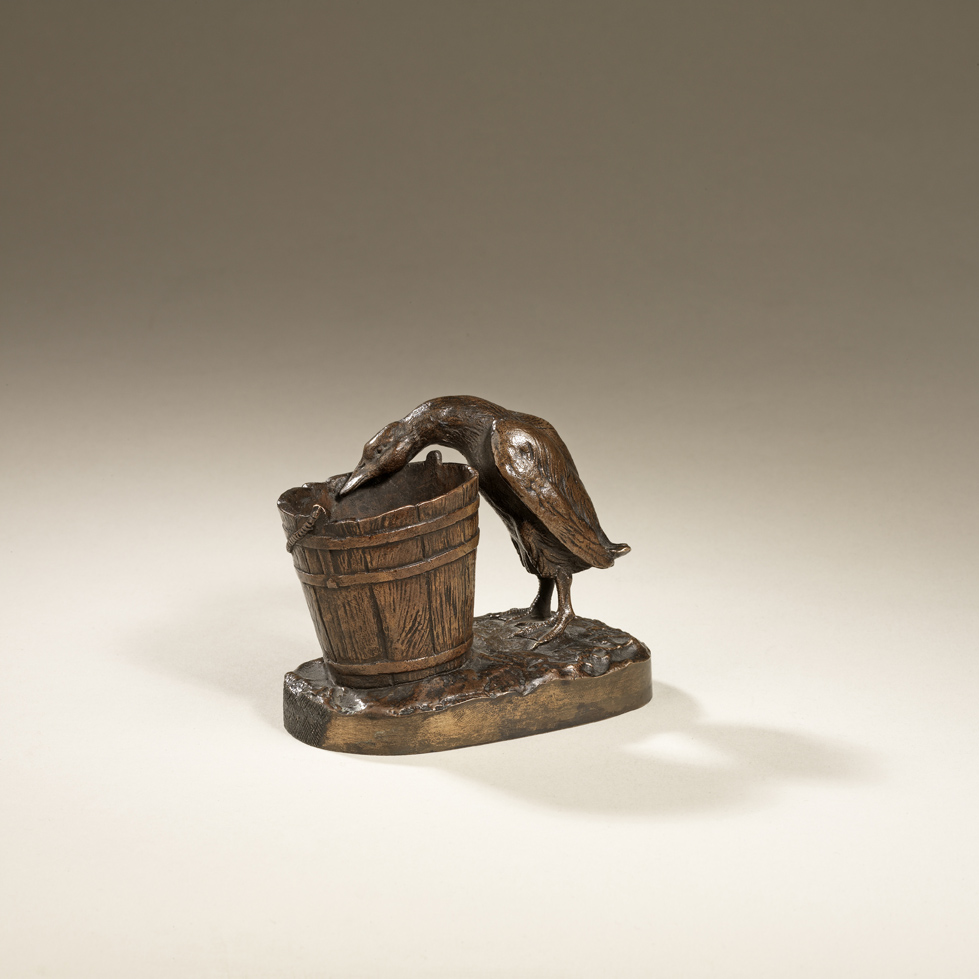 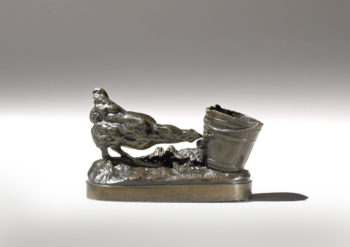 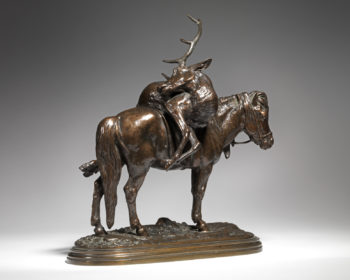 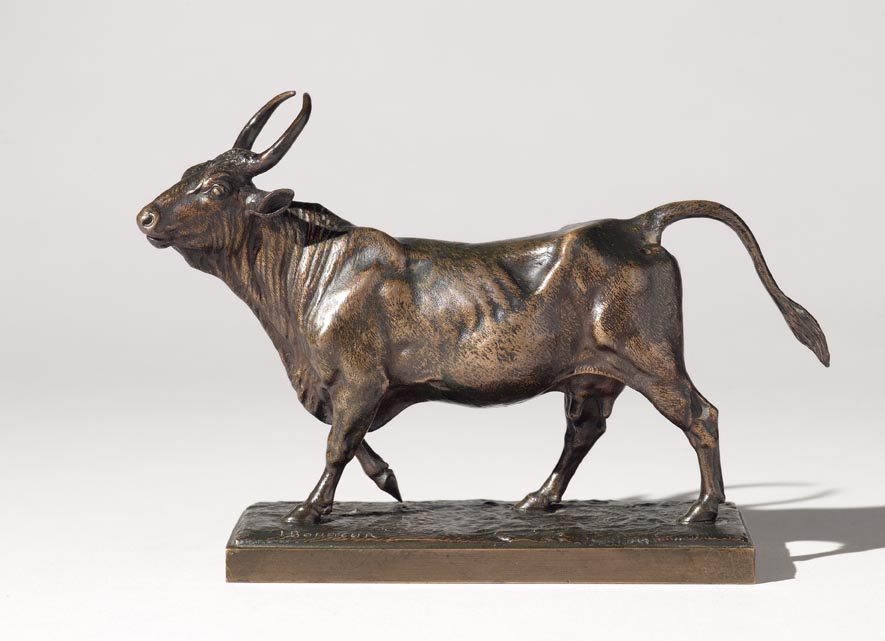 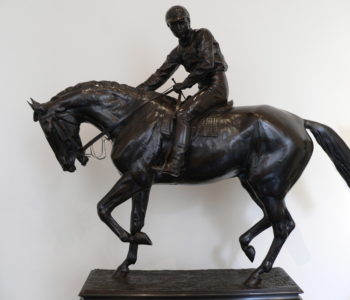 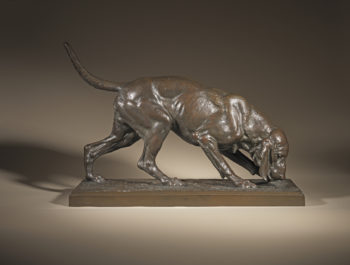 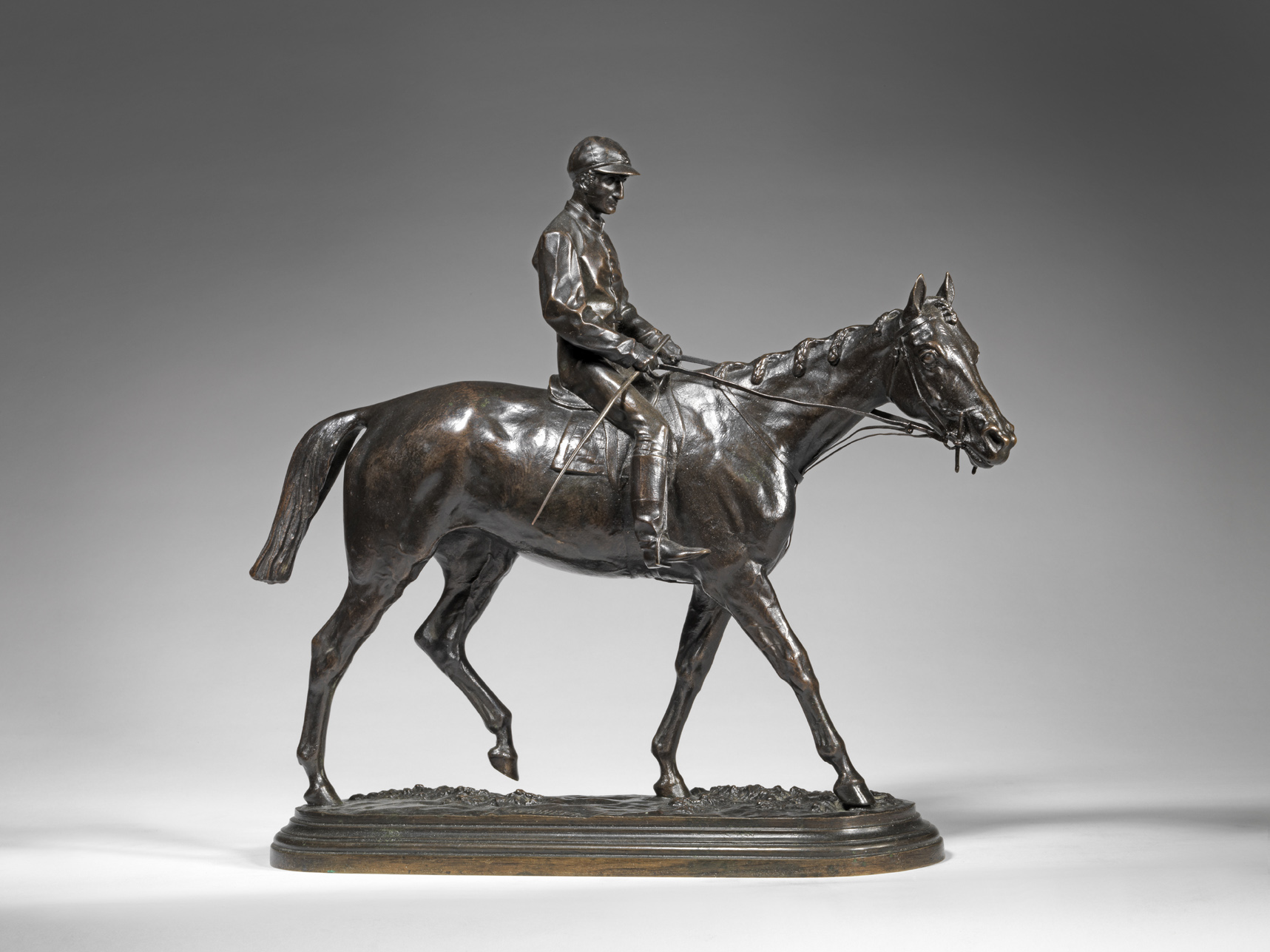 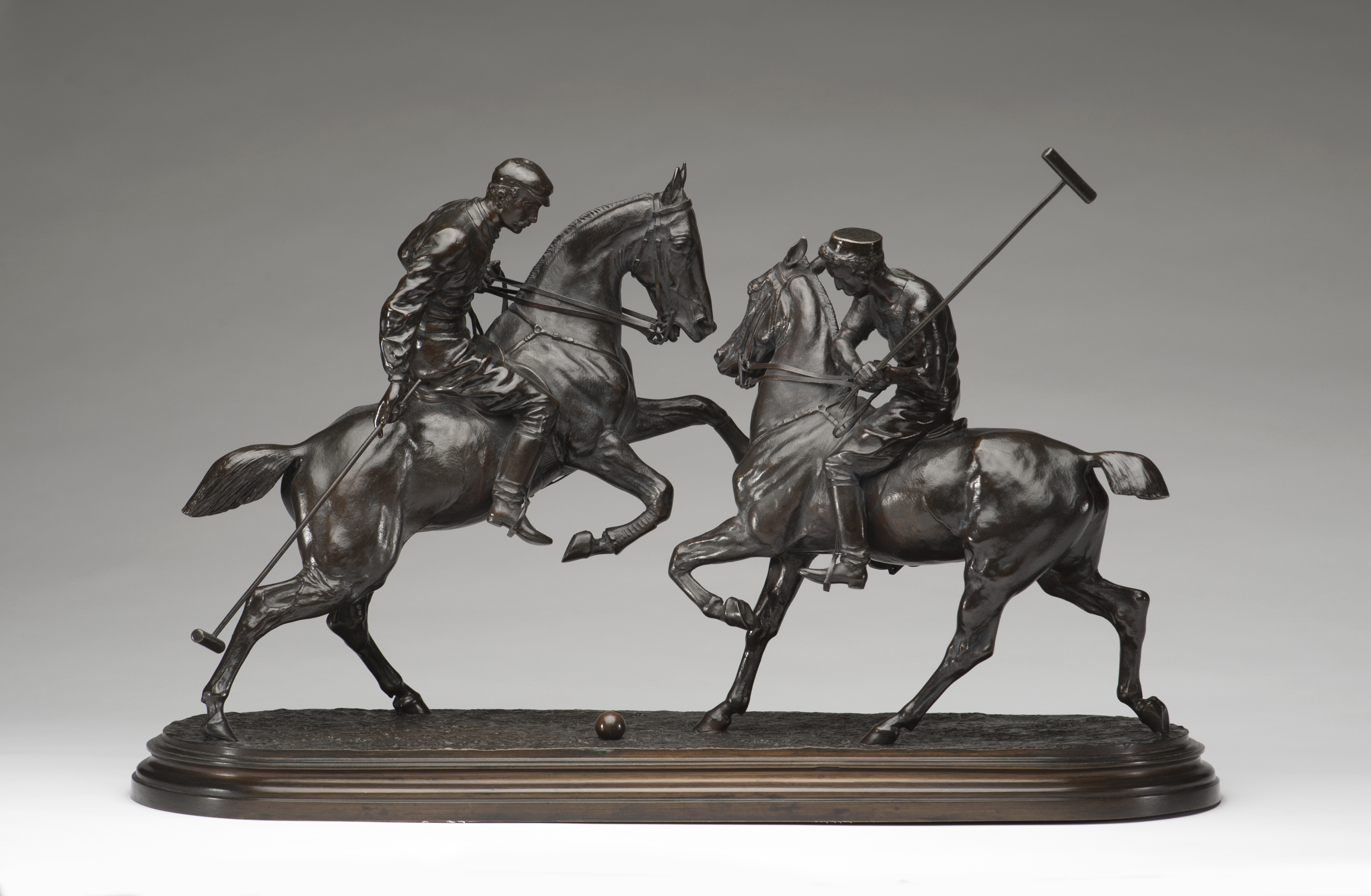 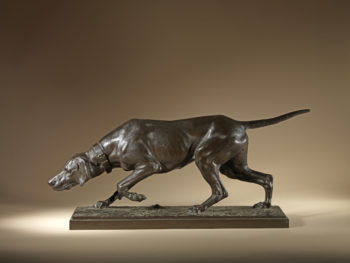 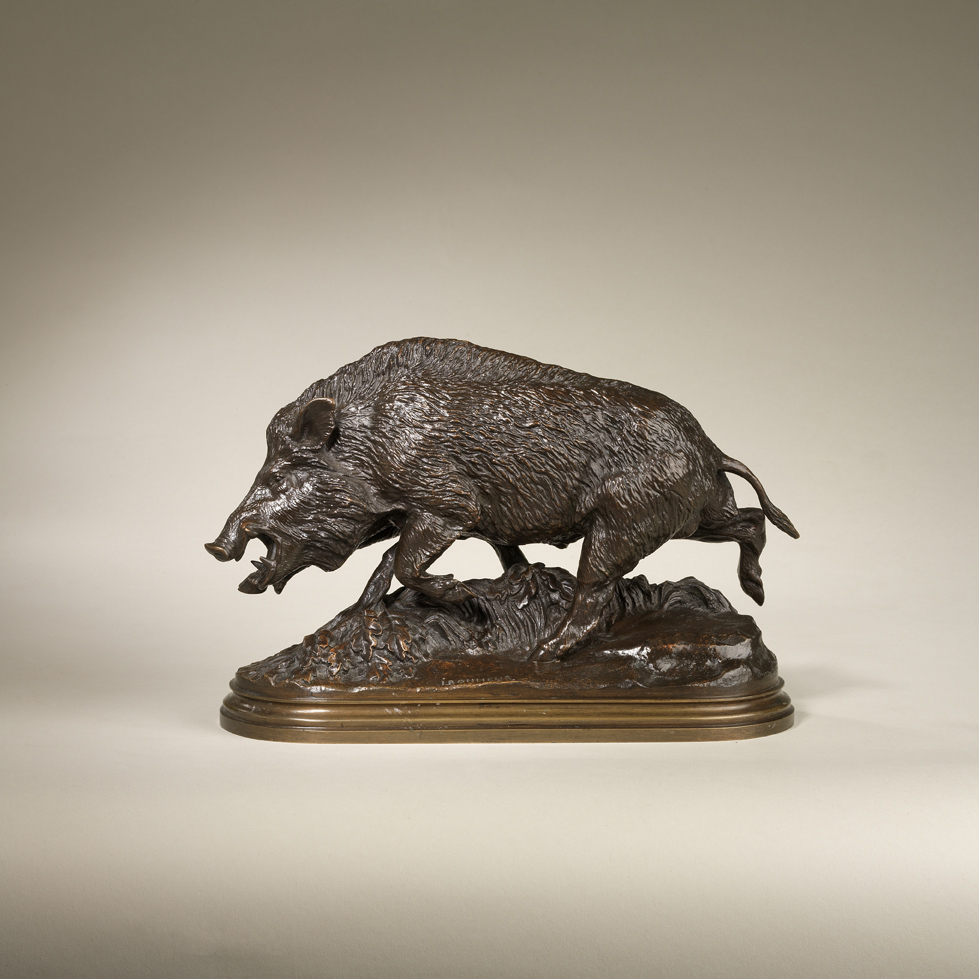 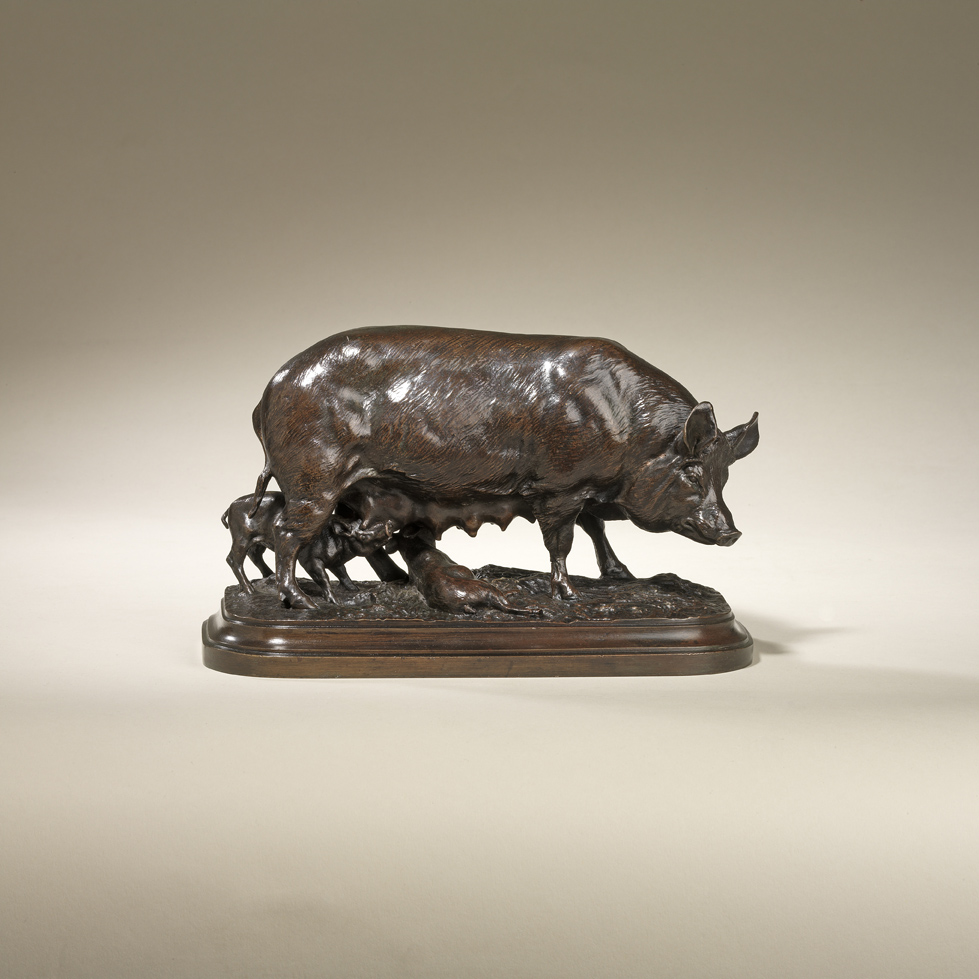 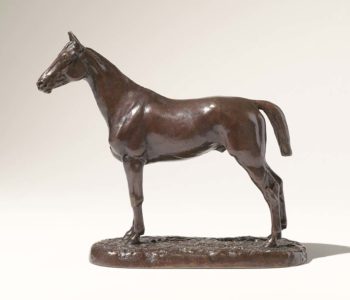 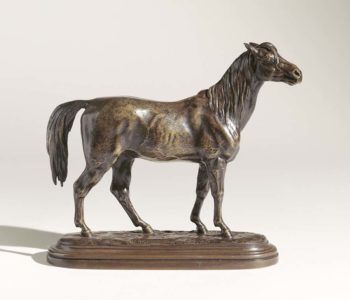 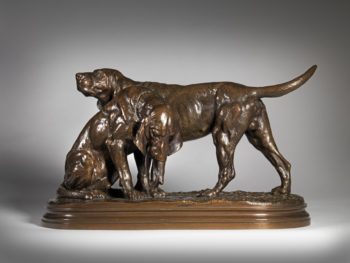