Roger Godchaux came from a family of prosperous textile manufacturers originally from Luxembourg. Both his parents were artistically inclined – his father had progressed from being a factory owner to becoming an antique dealer and his mother was a well-known concert pianist.

Roger was raised in Vendôme in France by his maternal grandparents who were both music teachers. He displayed a talent for drawing from a very early age. The sculptor Jean-Léon Gérôme, a close friend of Fremiet, accepted him as a pupil in his atelier between 1897 and 1900 as he failed to gain a place at the École des Beaux-arts in Paris. Gérôme was impressed by the young man’s serious approach and taught him the principles of observation and hard work.  In 1905 Godchaux exhibited for the first time at the ‘Salon des Artistes Français’, to which he remained loyal for the rest of his career. During the First World War he worked as a newspaper illustrator, as he was exempt from military service on health grounds. He became friendly with Rudyard Kipling who was a great admirer of his lithographs.  By 1919, he was again exhibiting sculptures and medal engraving at the Salon. In 1920, he exhibited at the ‘Salon des Artistes Animaliers’, becoming treasurer in 1928.  In the same year the Salon awarded him a silver medal and the government bought his sculptures of an elephant and a pigeon the following year. In the early 1930s, his work could be found in the Edgar Brandt Gallery, the Malesherbes Gallery and he featured in Armand Dayot’s famous collection; Animaux vus par les meilleurs animaliers. He stayed in Paris for the duration of the Second World War despite the threat to the Jewish community – his brother was deported and died in a concentration camp. Despite the troubled times, some of his pieces were edited by the Sèvres factory. At the end of the war he left for Vallauris in the south of France where he developed his ceramics technique with the Saltamachias who were a well-known family of potters. His terracottas, some of which were edited by Susse, were very popular. The state bought a Taureau in 1953.

Godchaux found his models in the zoo, favouring young felines and large animals whose dense muscular mass gave him the challenge of portraying dynamic force in volume. Like Barye, for whom he had the greatest admiration, his work was based on strict observation reinforced by very fine detailed drawings. Godchaux had an impressive collection of Barye’s bronzes.

Godchaux always took the greatest care over his bronzes, which were cast mainly by Susse using the lost wax process, and he retouched all his waxes before casting each proof, so each one is a unique bronze. His bronzes were always produced in very small limited editions. He also practised direct carving into wood. The museum of Vernon held a retrospective exhibition of his work in 1993. 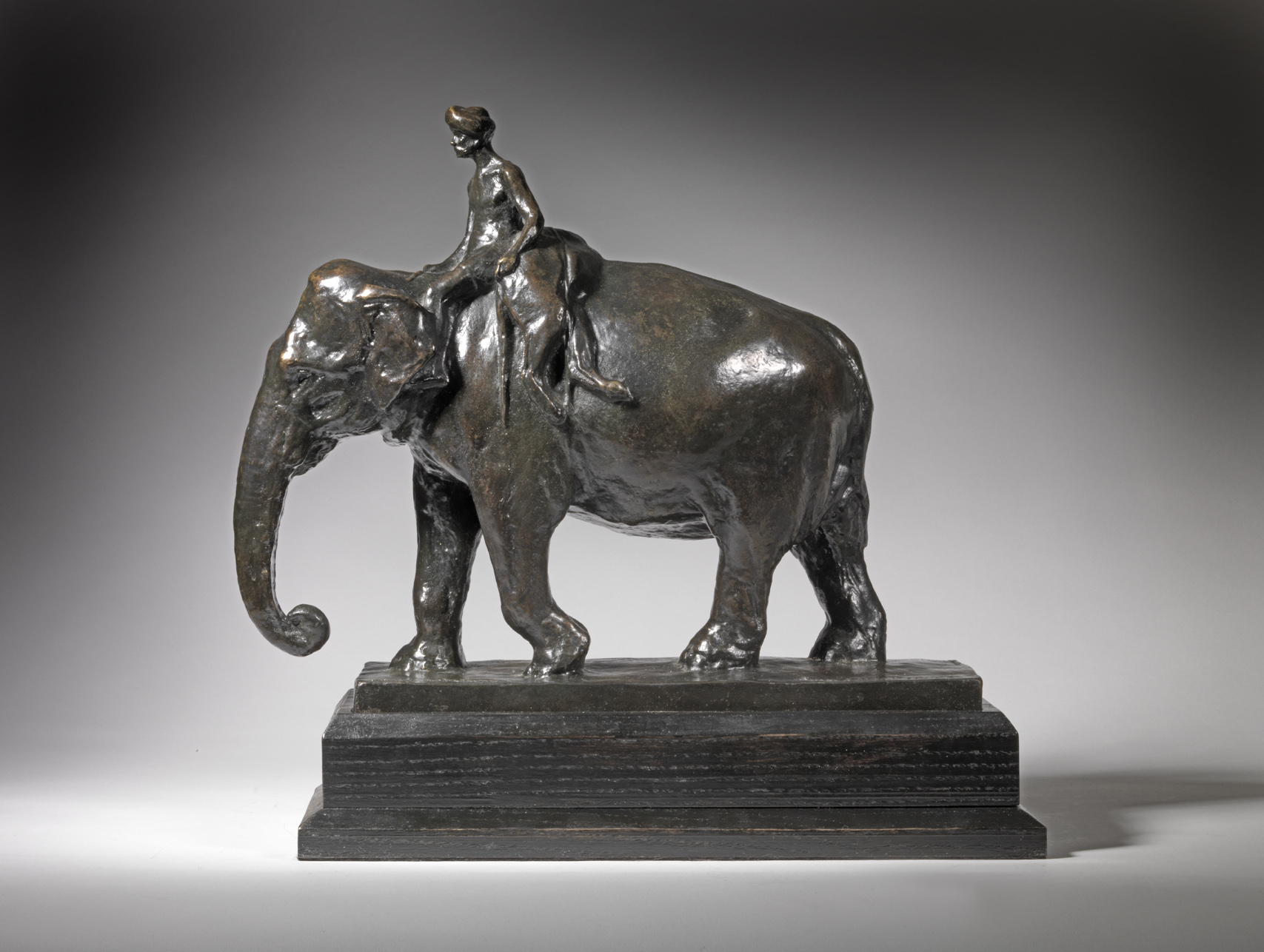 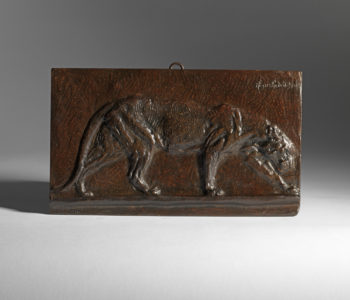 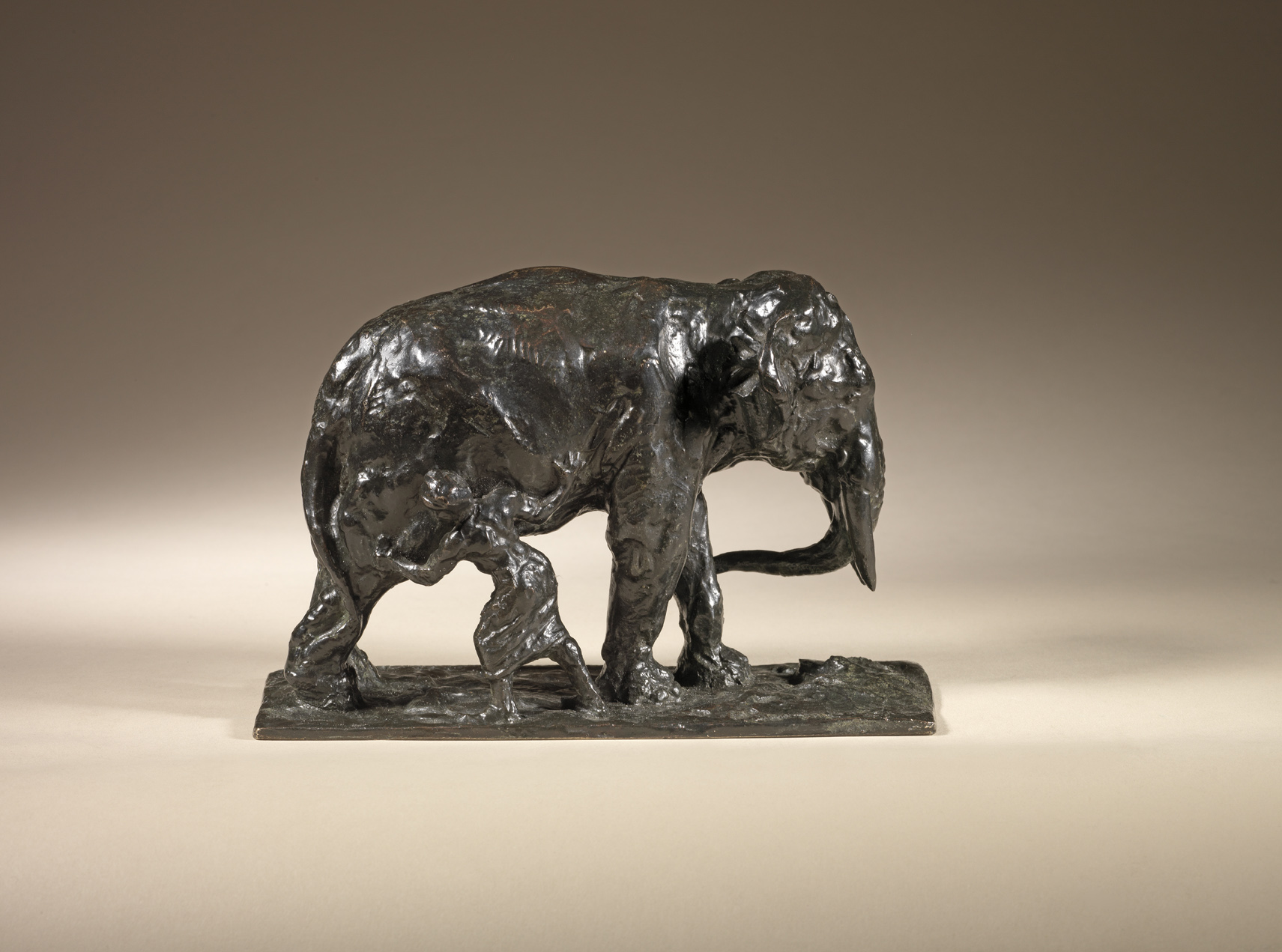 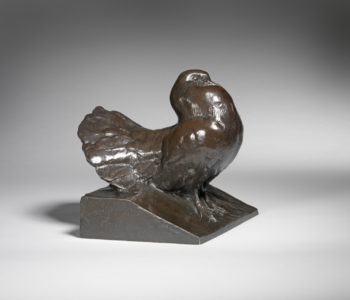 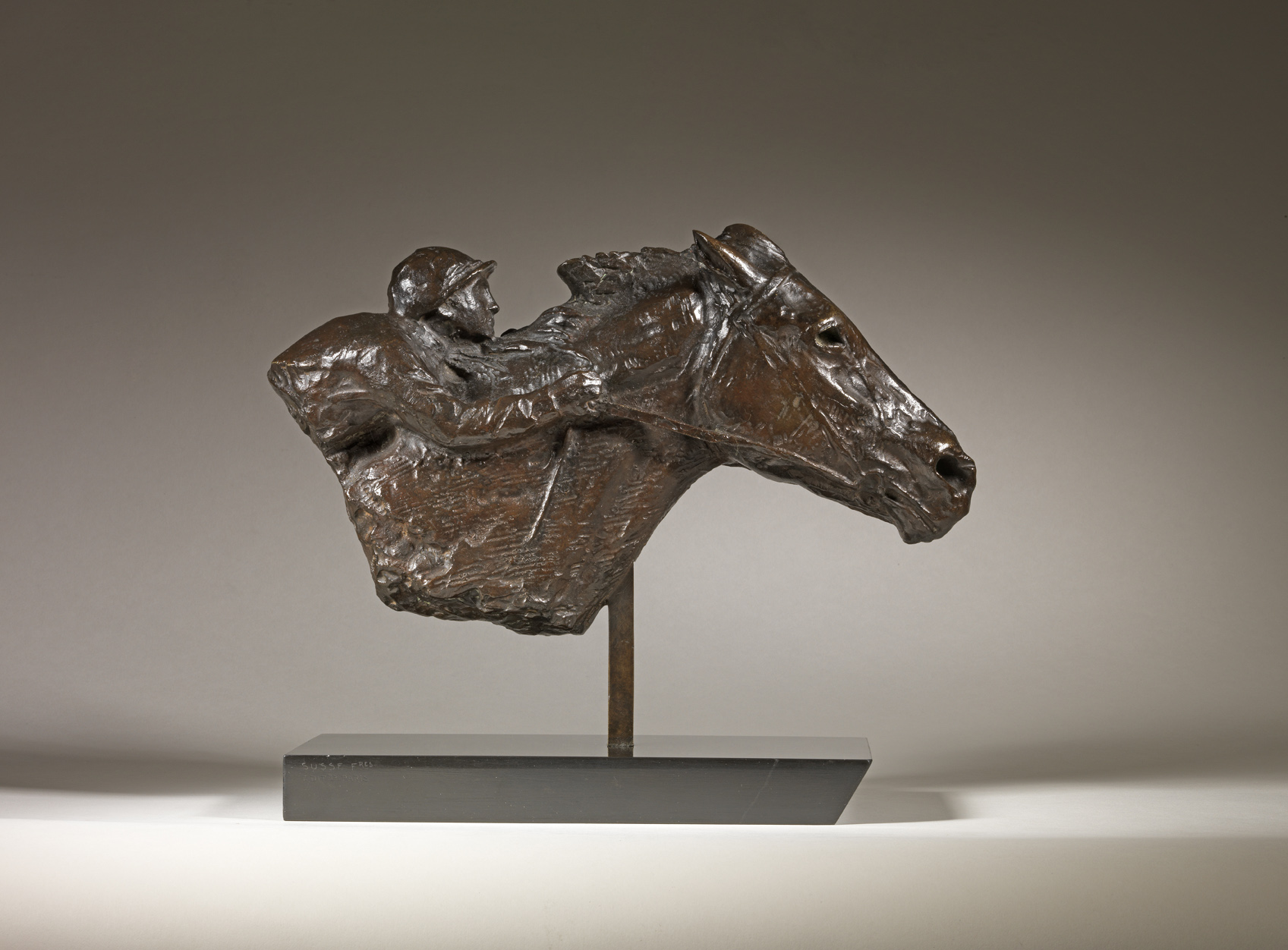 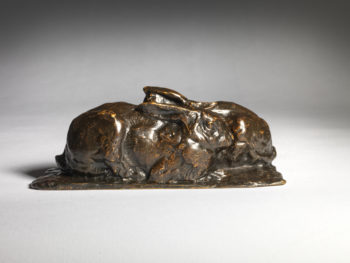 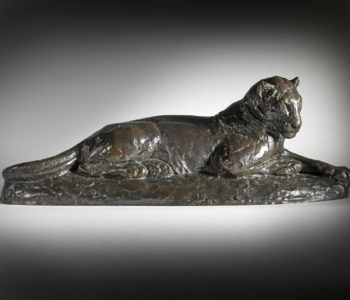 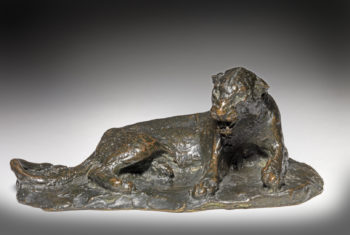 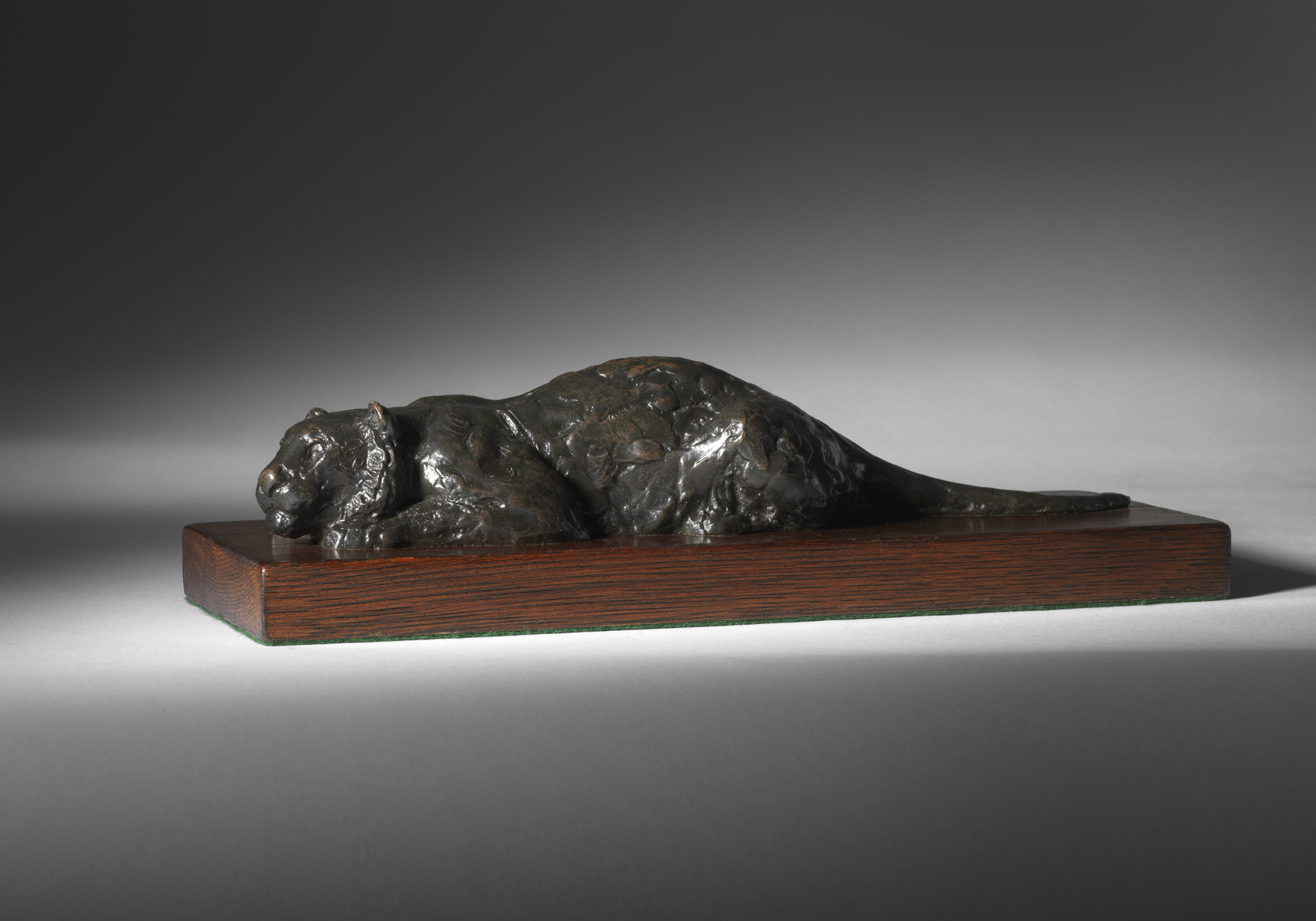 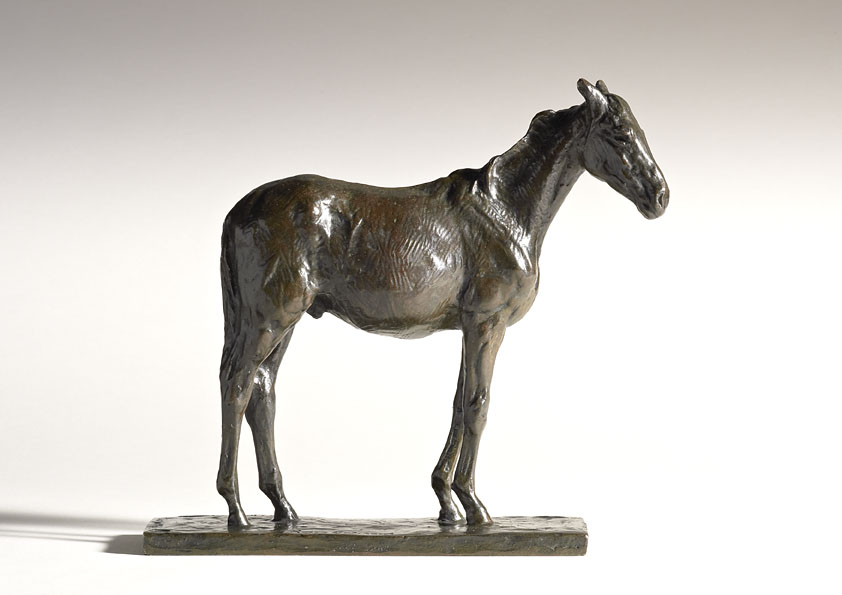 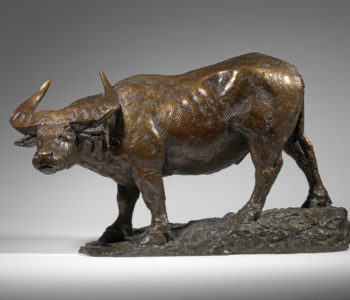