François Pompon was born in 1855 at Saulieu in France. His father was a craftsman-joiner and ebonist, and Pompon was apprenticed first to him, and then to a stone-cutter and monumental mason. The sense of craft and tradition that he acquired remained with him and informed his work, allying him to the French carvers of cathedral facades and roadside shrines as much as to the lineage of the Beaux Arts and the atelier system.

Pompon nevertheless pursued sculpture as a fine art in his free time, winning prizes locally and moving to Paris in 1875 to attend the École Nationale. There again he won prizes and acclaim. He showed in the Salon for the first time in 1879, and his career gathered momentum. His style was advanced for its time, however, and he was refused a state commission in 1899. Soon after, he went to work for Auguste Rodin, and was to assist other sculptors such as Camille Claudel and Pierre-Nicolas Tourgueneff.

More exhibitions followed, but state commissions continued to elude him, and it became clear that he was among that generation who would shift the whole pattern of a career in sculpture away from official patronage and into the modern age of the art market. In the early years of the 20th century, Pompon began to specialise in animal sculpture, working in the open air from beasts in the Jardin des Plantes in Paris and every summer at farms around the commune of Cuy in Burgundy. He showed regularly at the Salons, but suffered continuing financial hardship, which was exacerbated by the First World War and by the illness of his wife, whom he had married in 1882.

In the early 1900s, Pompon began to sell casting rights for his sculptures to Hébrard, the legendary founder and dealer of sculpture. With the support of Hébrard, who gave him a solo show in 1919, and with important collectors such as Jacques Zubaloff acquiring his work, his circumstances began to improve. Critical acclaim grew, and by the mid 1920s he was recognised as part of a new generation of French sculpture (including Aristide Maillol, Jane Poupelet, Charles Despiau, Constantin Brancusi, Chana Orloff, Alexander Archipenko and Pompon’s close friend Joseph Bernard) that had emerged from the shadow of Rodin to affirm a new creed of simplicity, dignity and distilled form.

‘The polar bear’, begun in 1920 and reworked in different forms for almost fifteen years, cemented Pompon’s reputation, becoming a classic of modern sculpture. A series of other signature pieces – panthers, doves, stags, bison and many others – issued from his hand, representing an extraordinary triumph over his early adversity. Pompon also resumed his study of domestic and farm animals, and in 1931 he was instrumental in setting up ‘Les Douze’, an association of Animaliers: other important members of the group were Paul Jouve, Poupelet and Georges Guyot.

International exhibitions, commissions and awards now followed, and despite failing health Pompon worked with increasing energy up to his death in 1933. His Condor surmounts his tomb column in Saulieu, and a museum in the town is devoted to his work. Other works are in museums worldwide, and the Musée d’Orsay in Paris has a significant holding of his plasters, terracottas and bronzes. 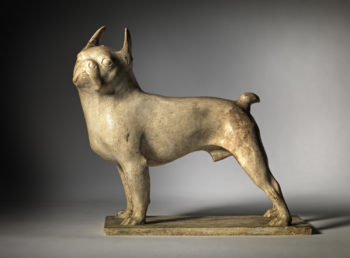 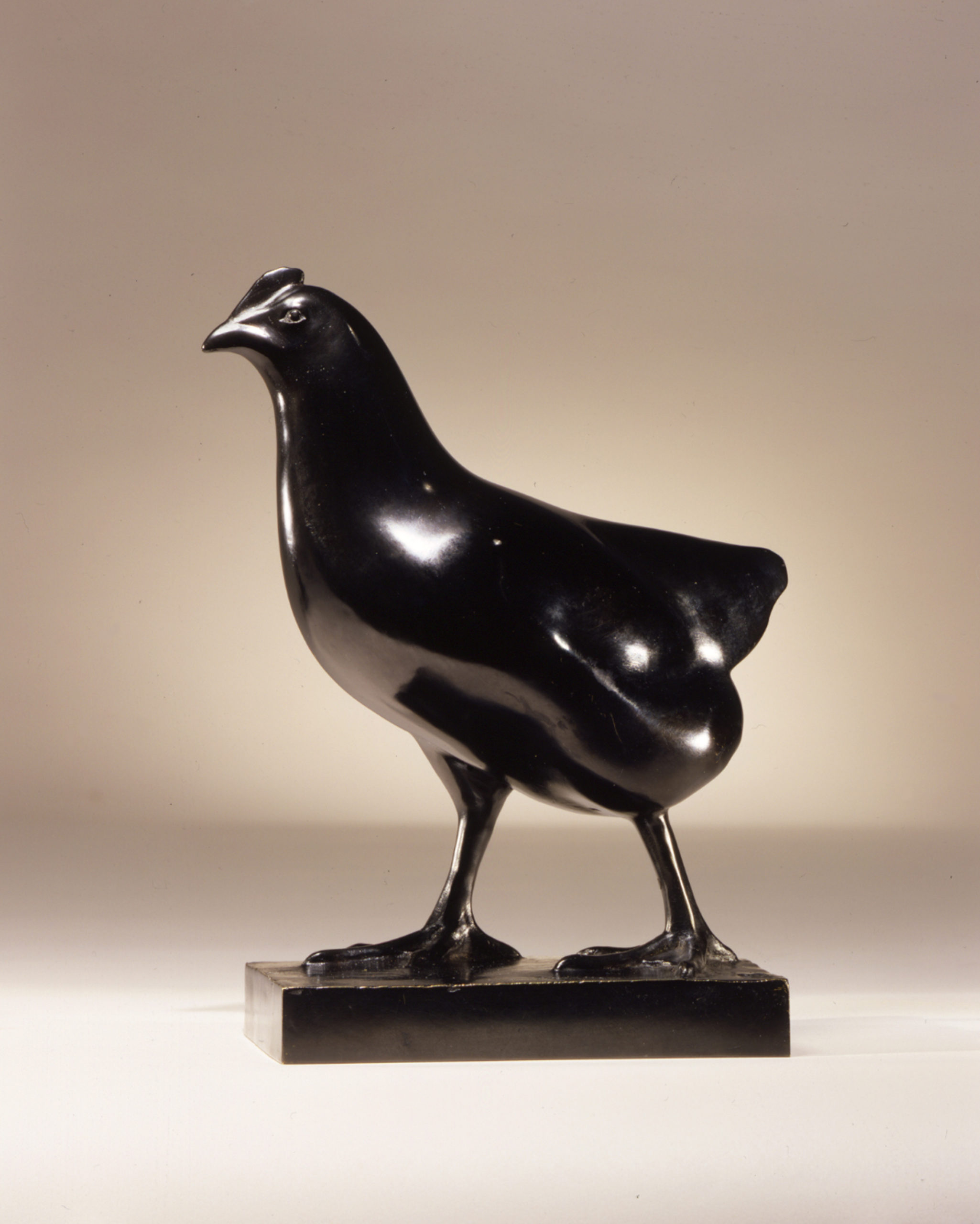 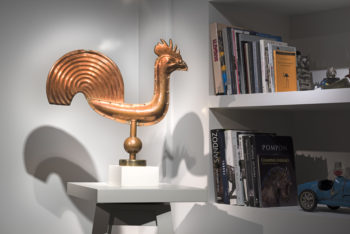 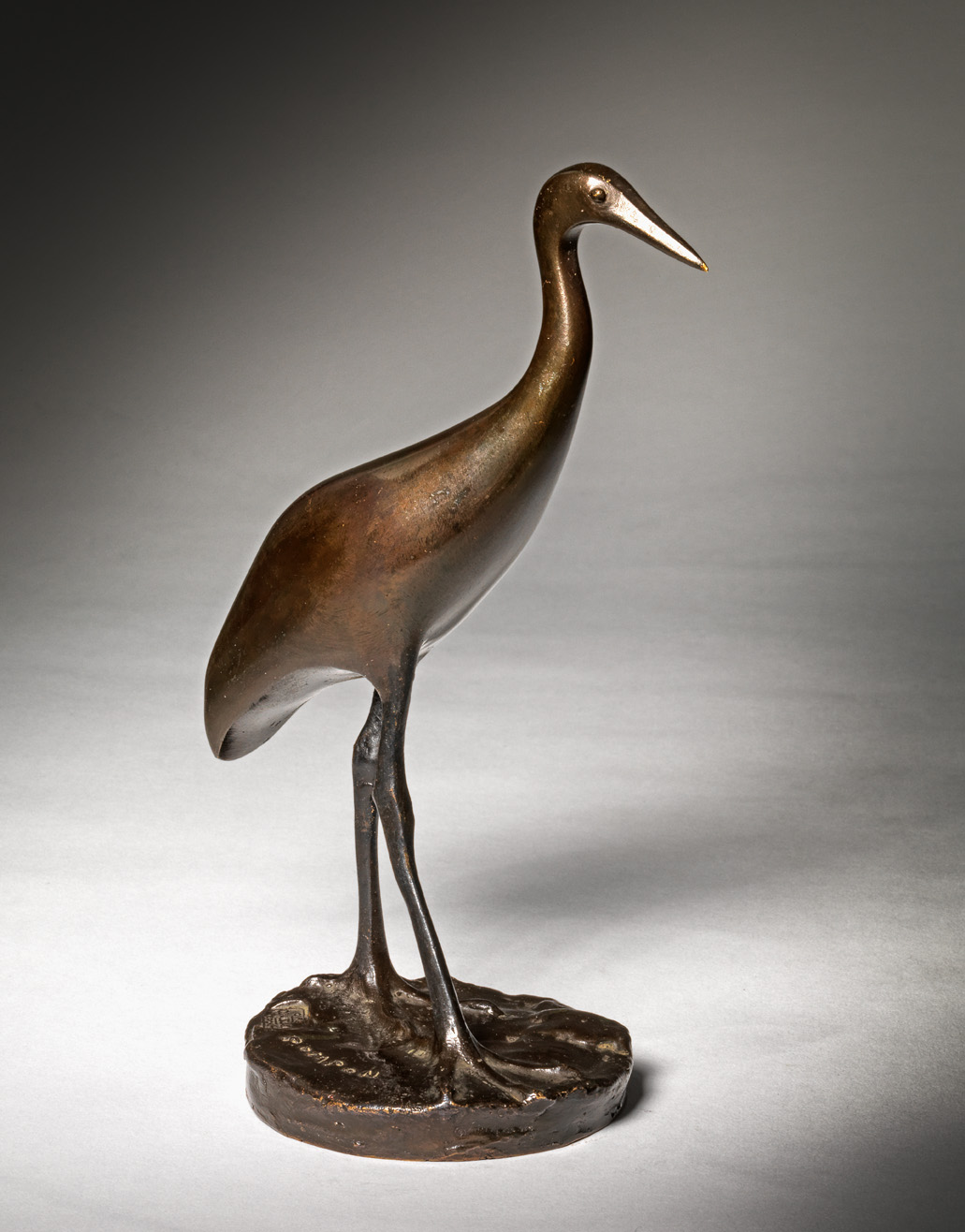 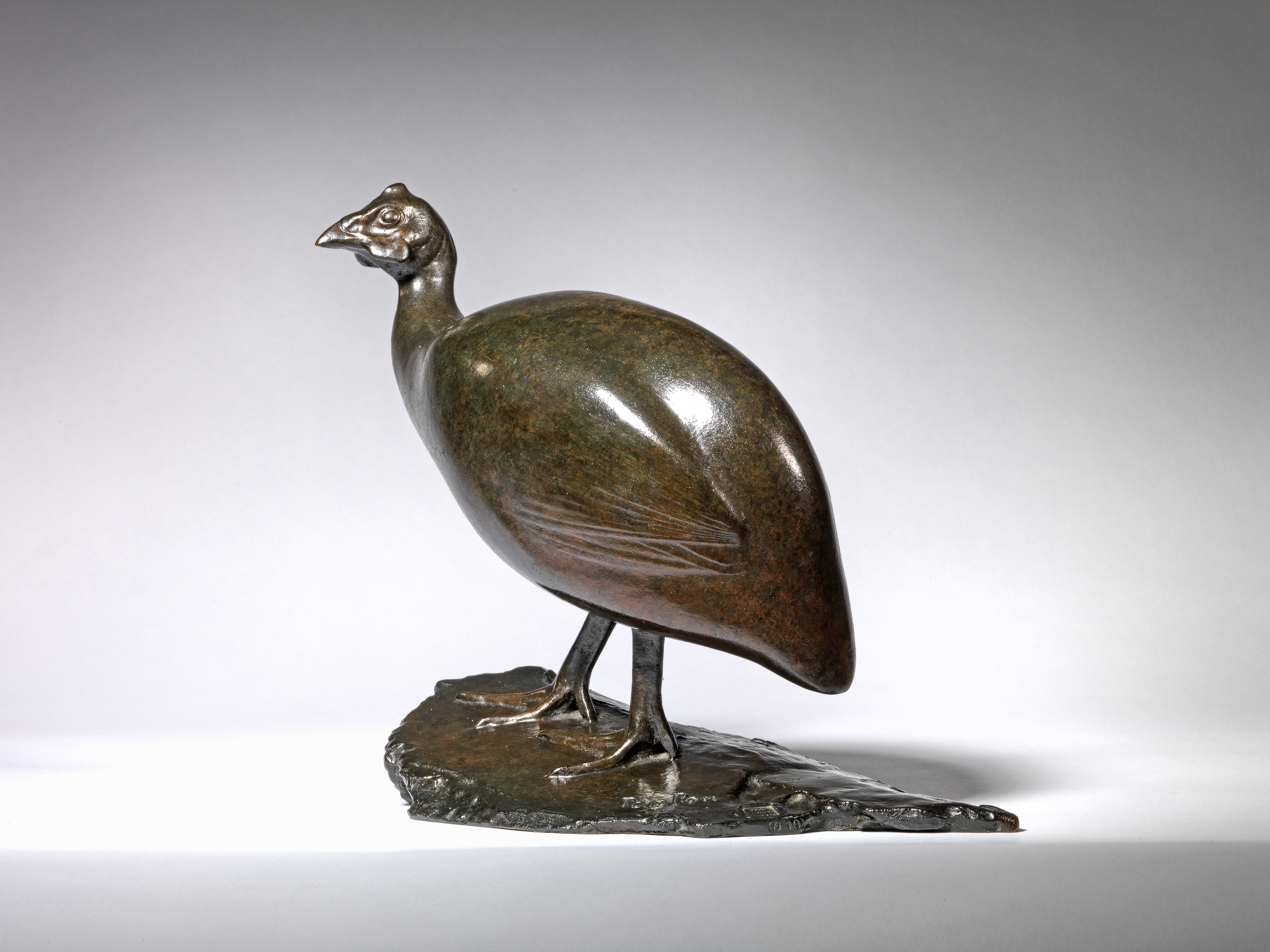 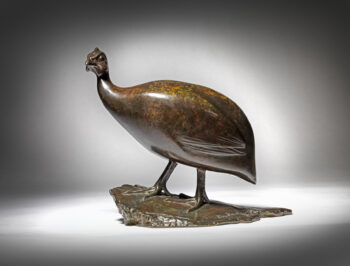 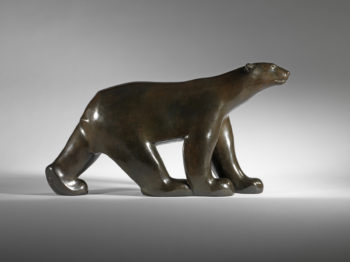 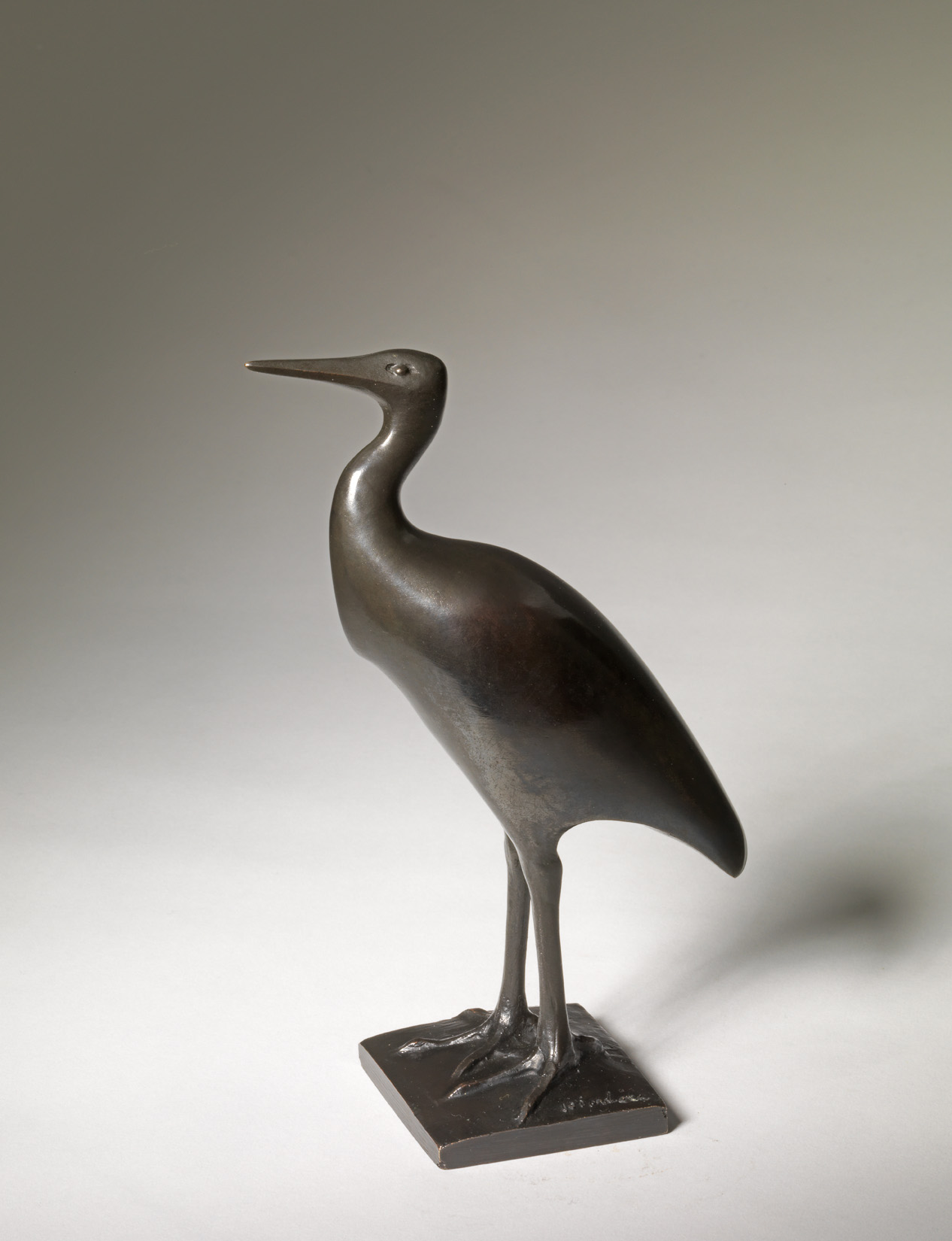 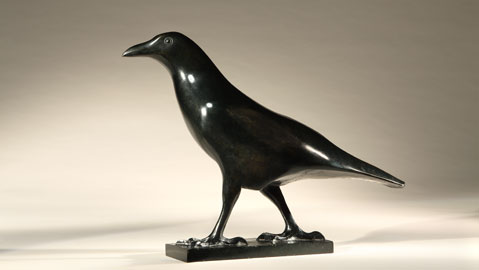 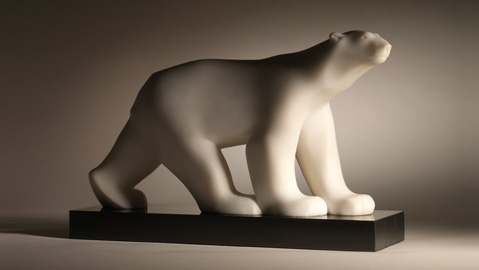 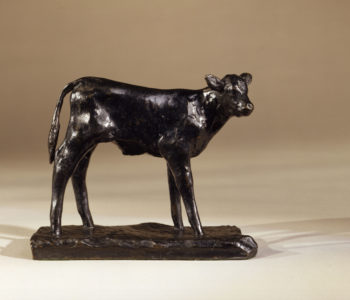 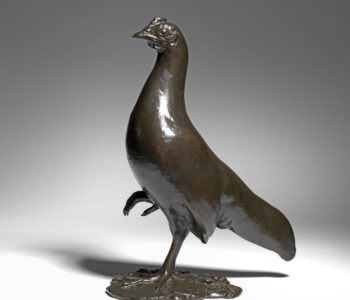 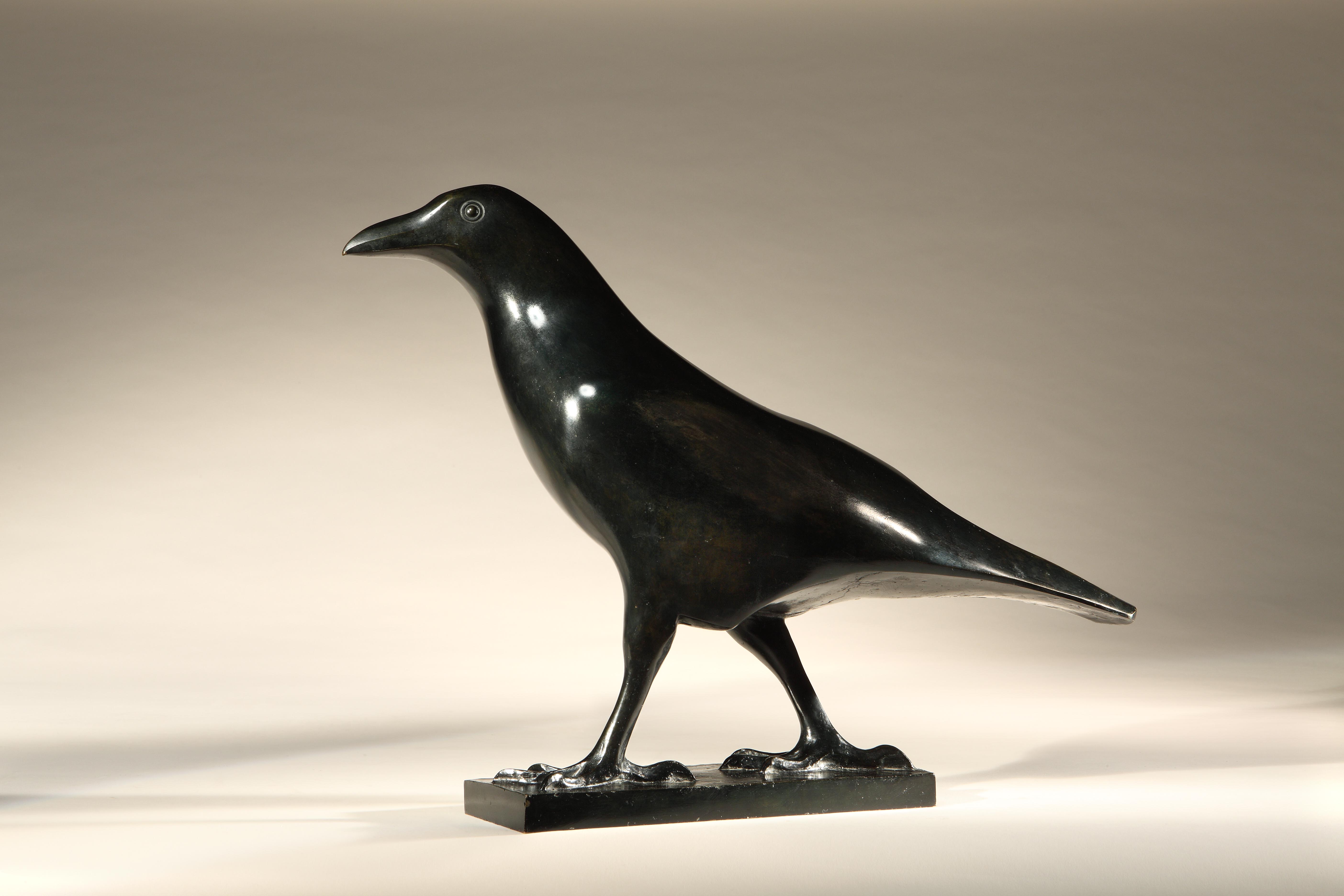 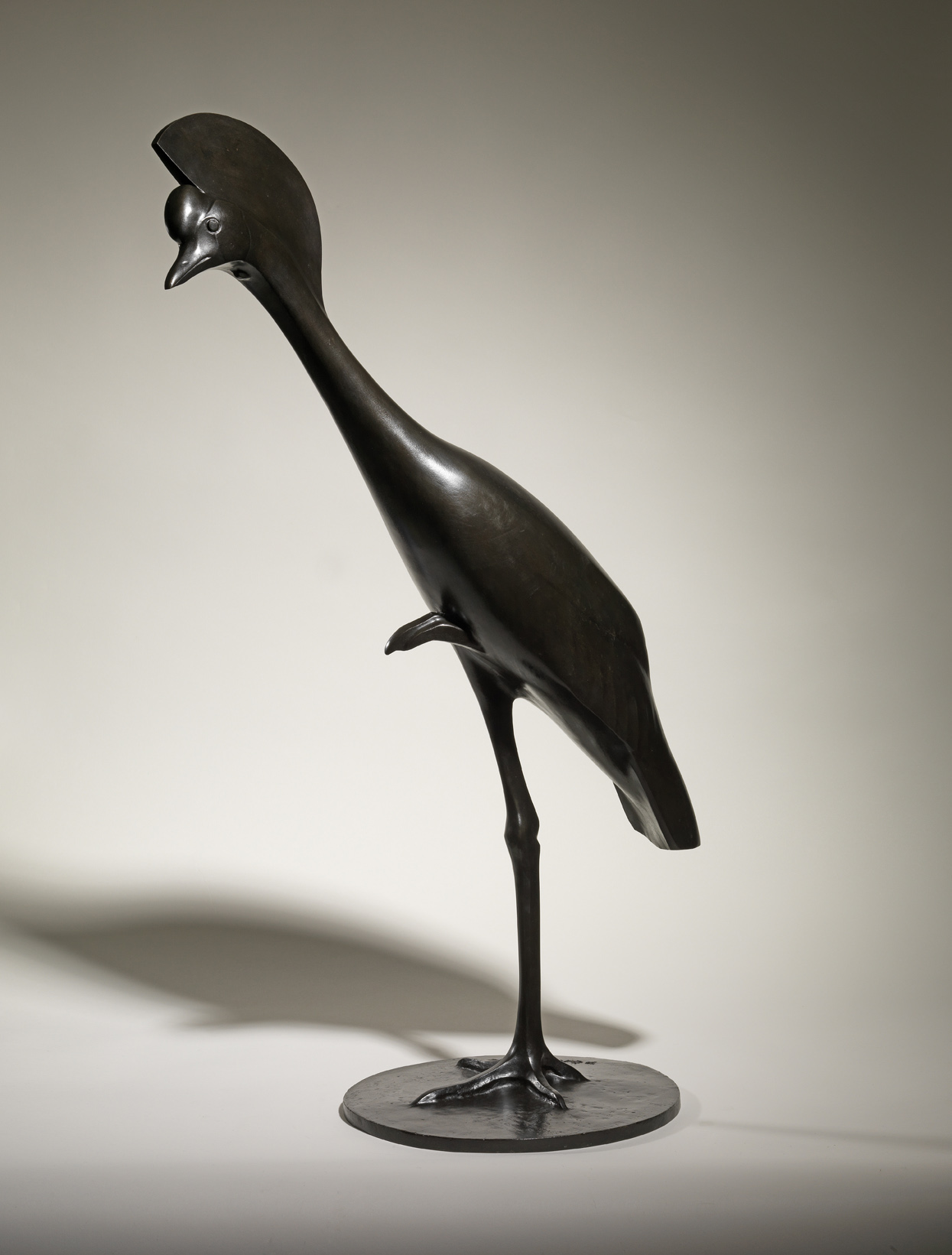 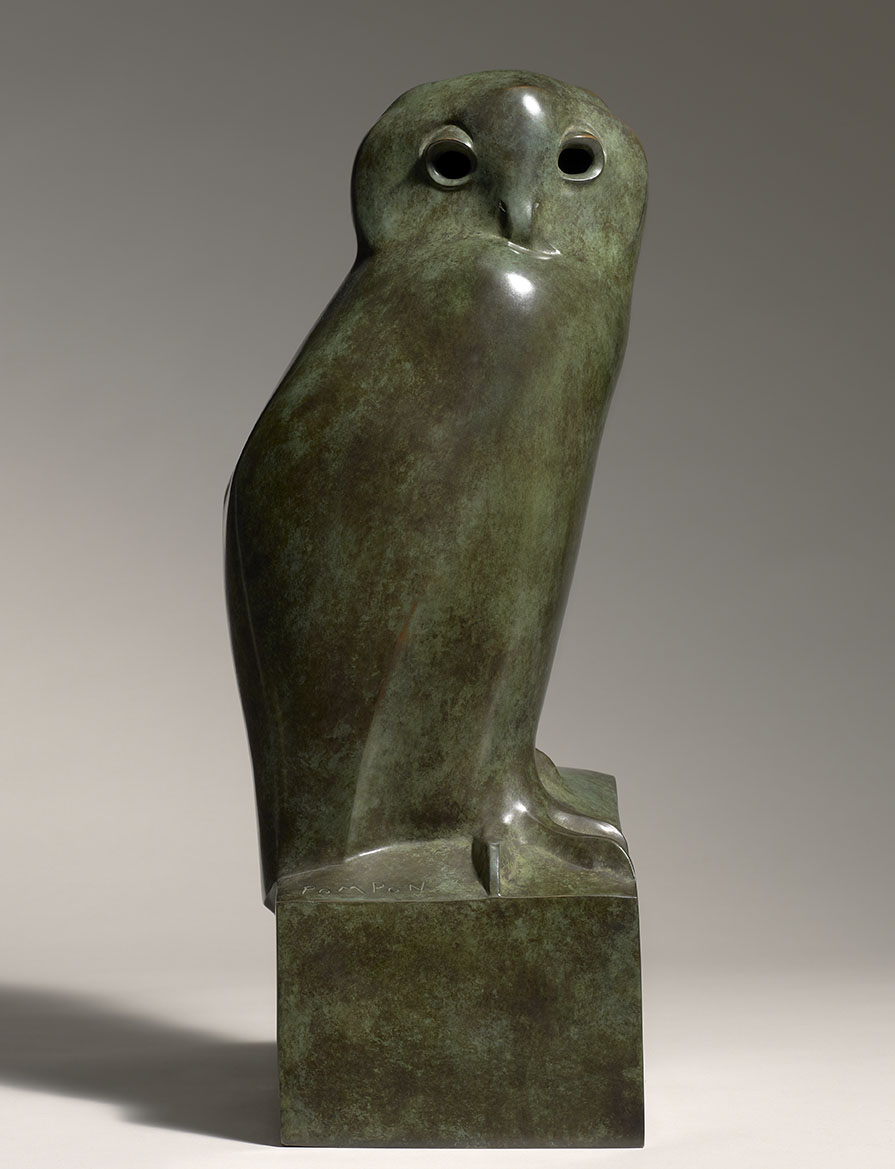 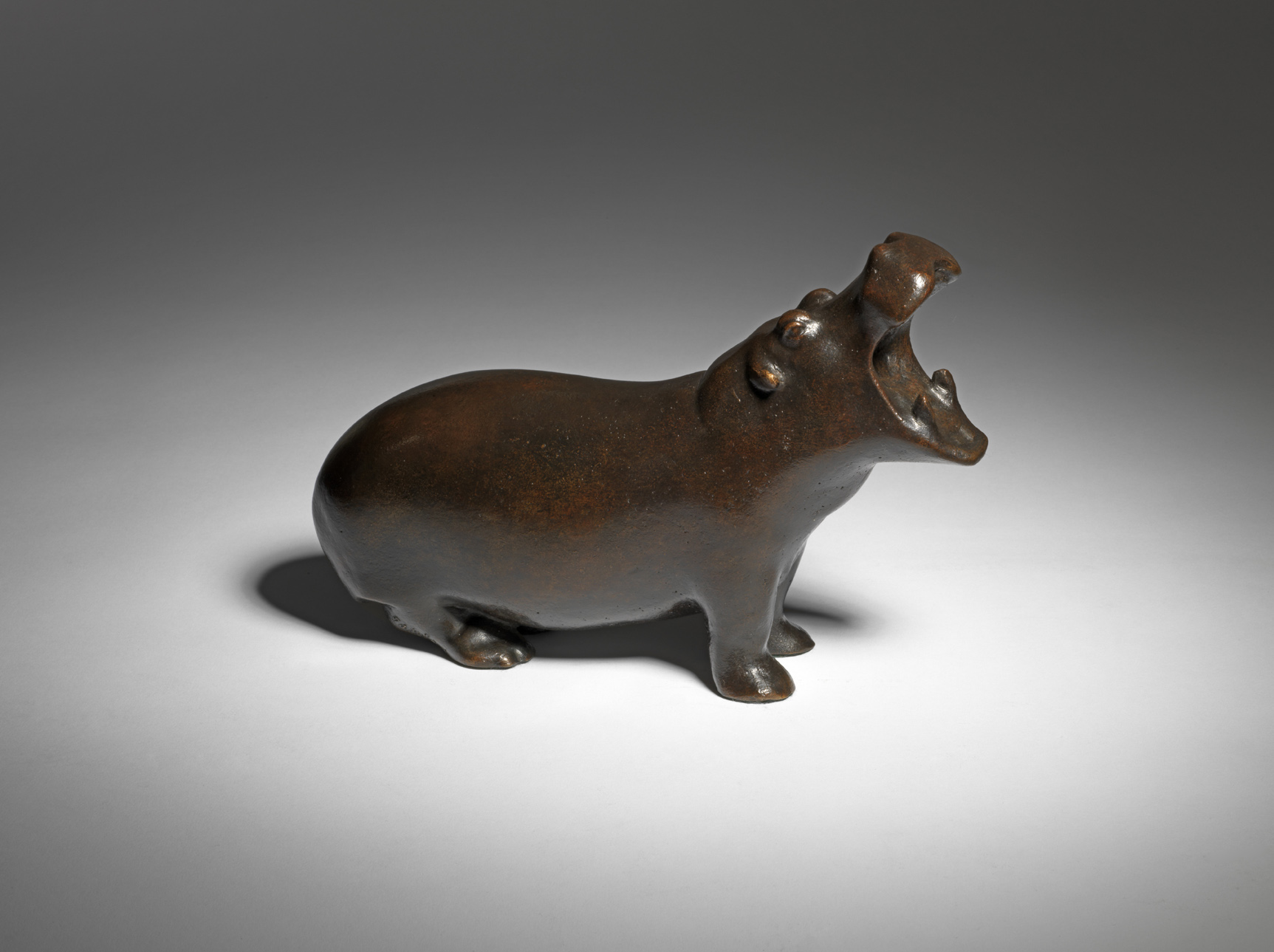 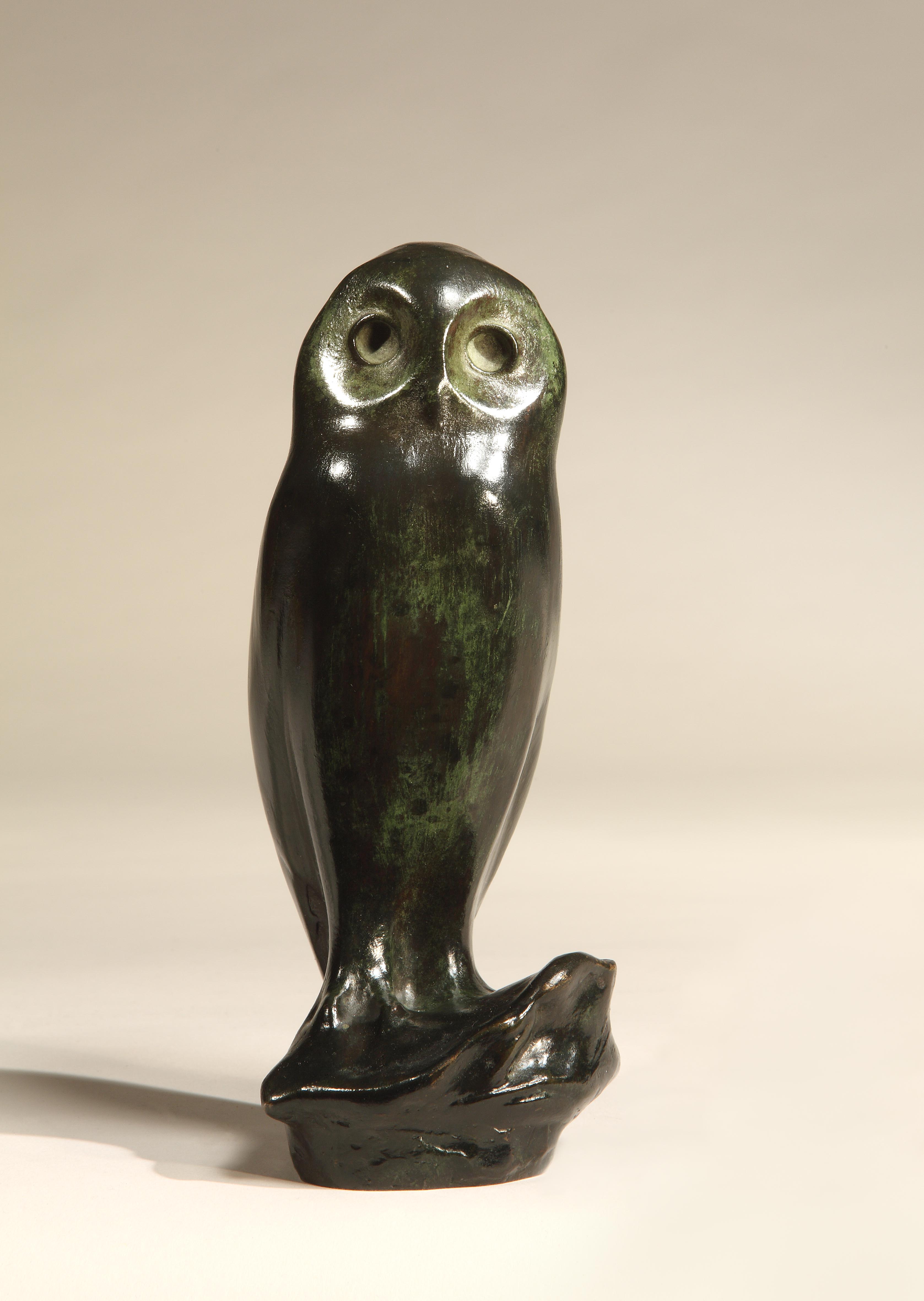 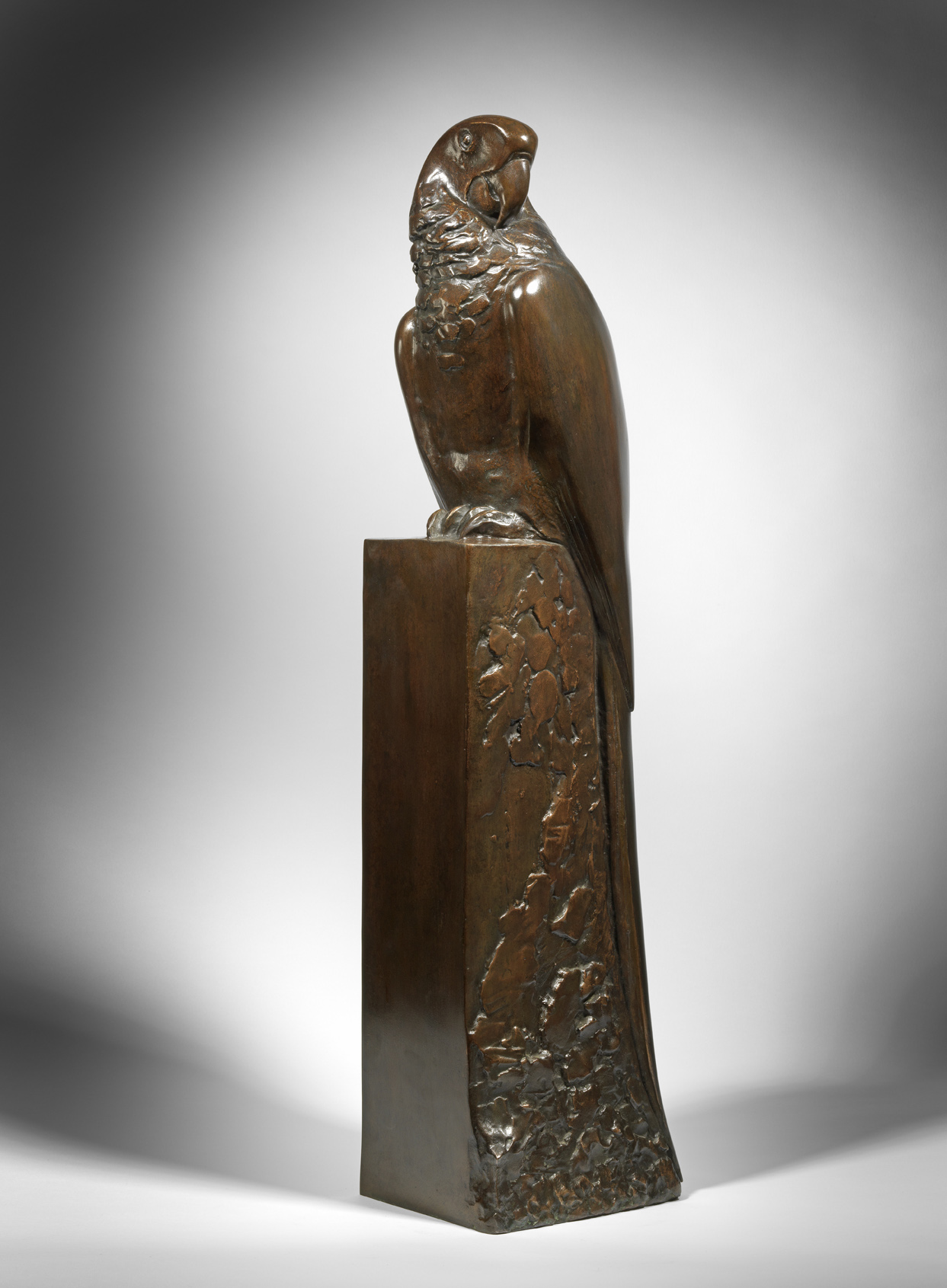 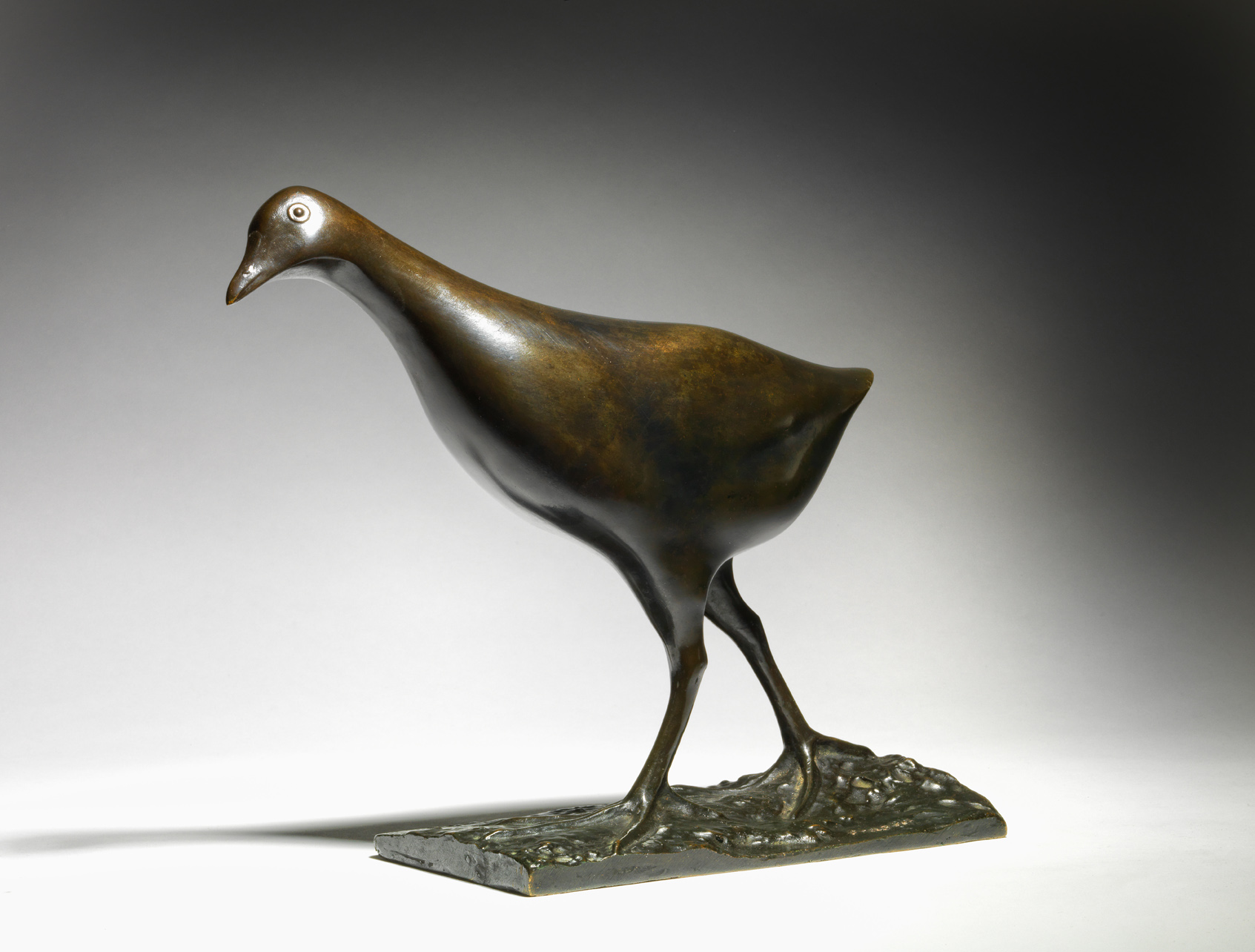 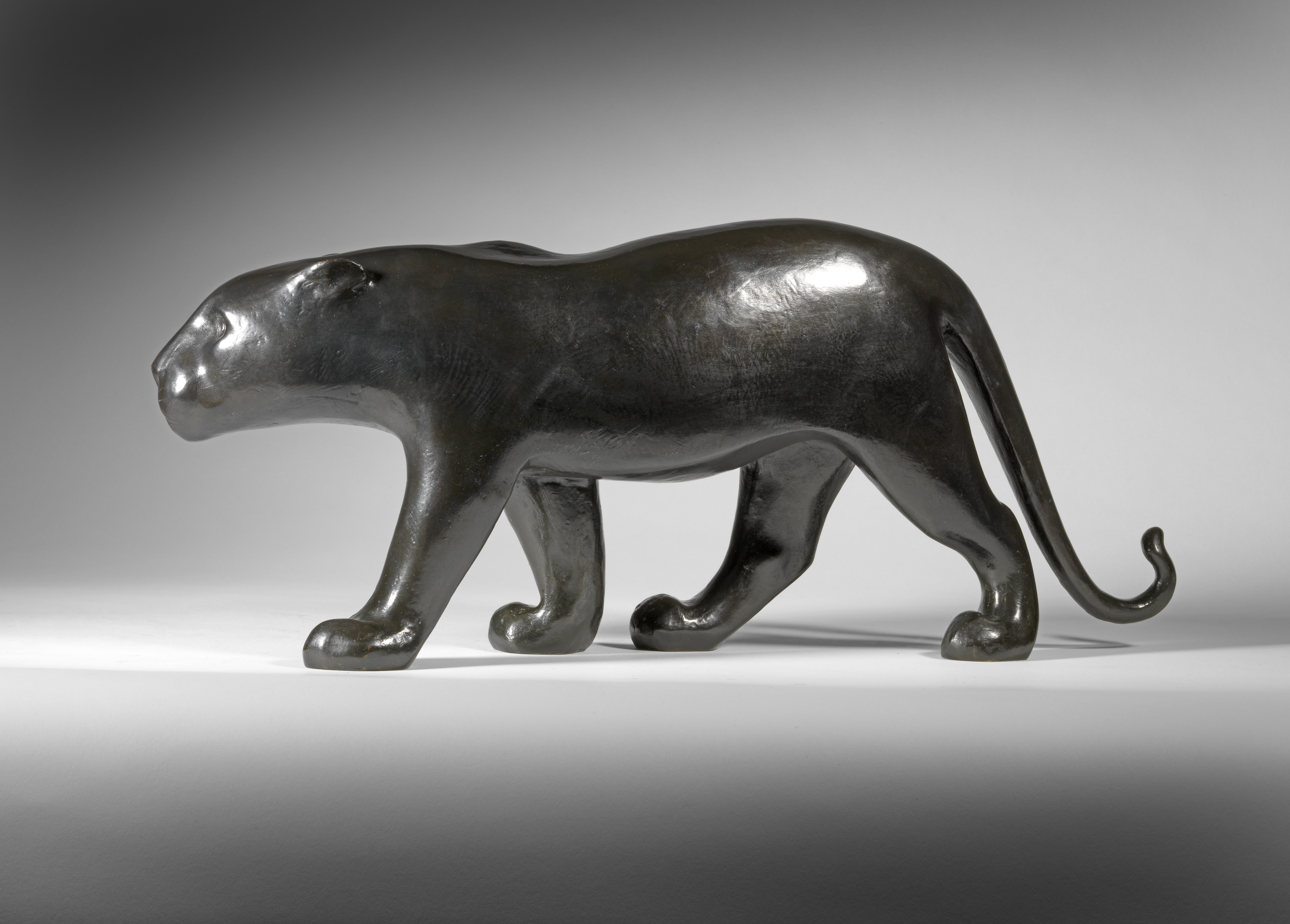 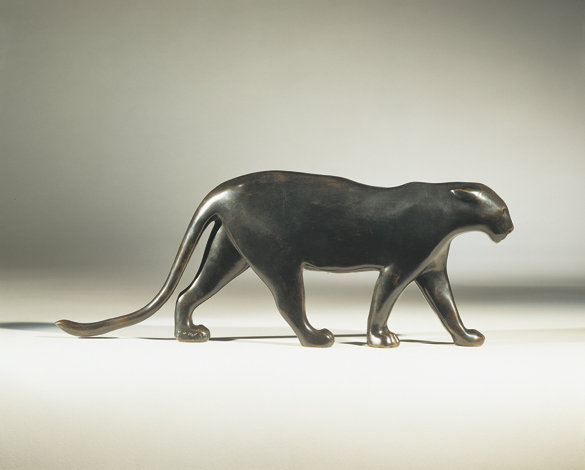 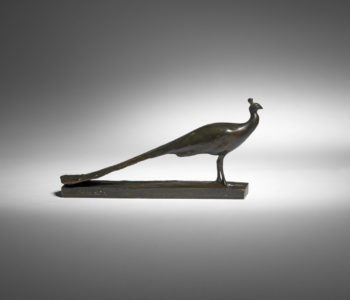 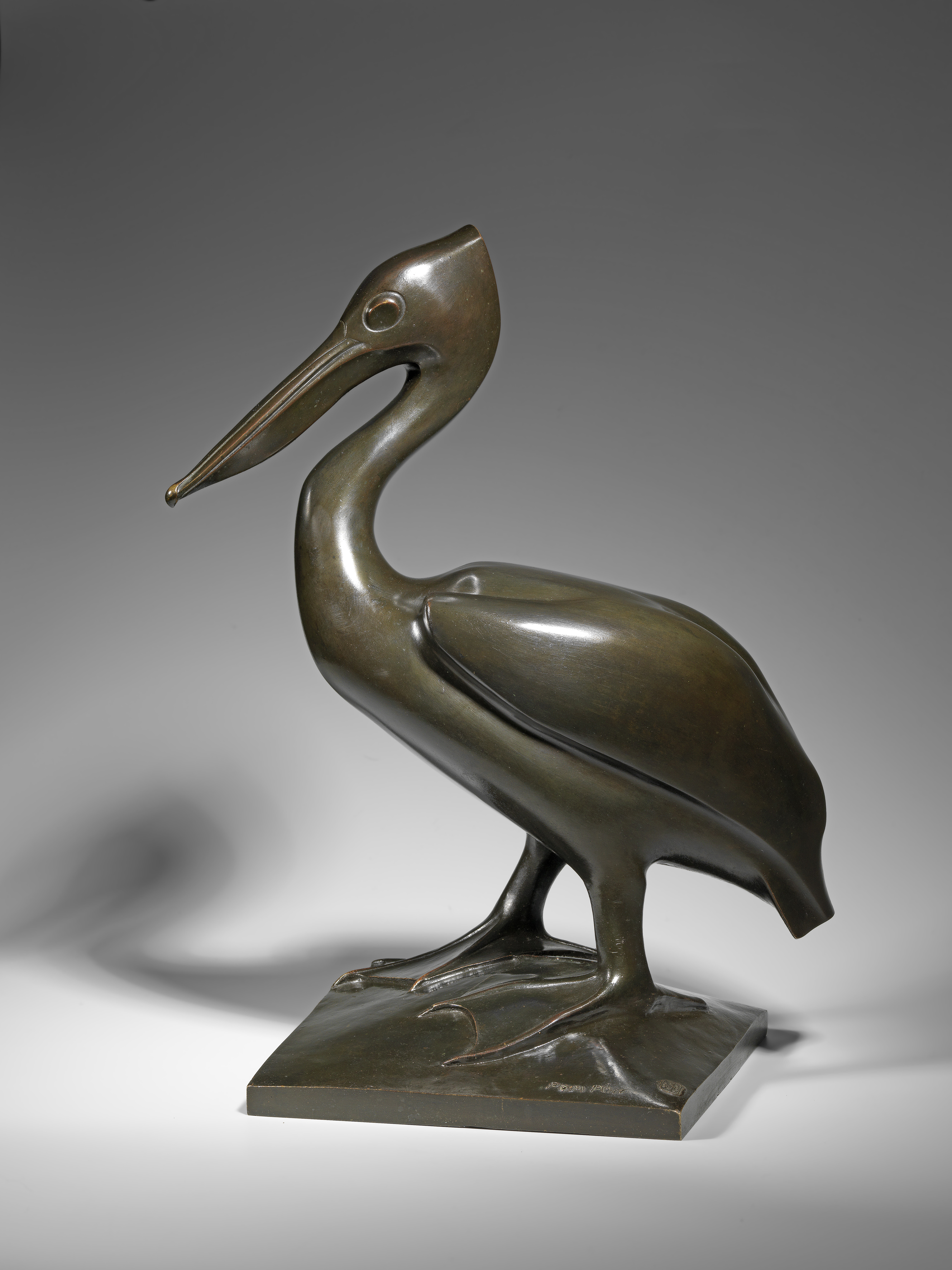 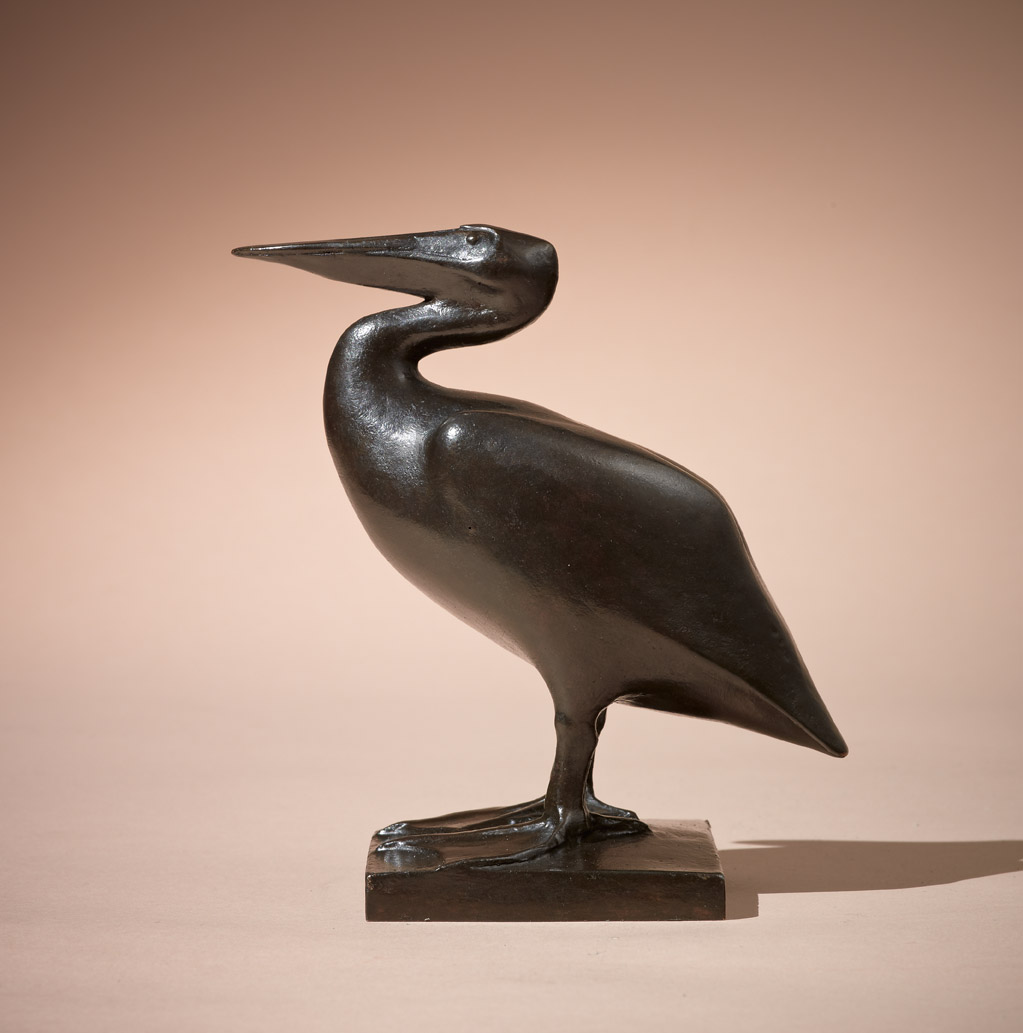 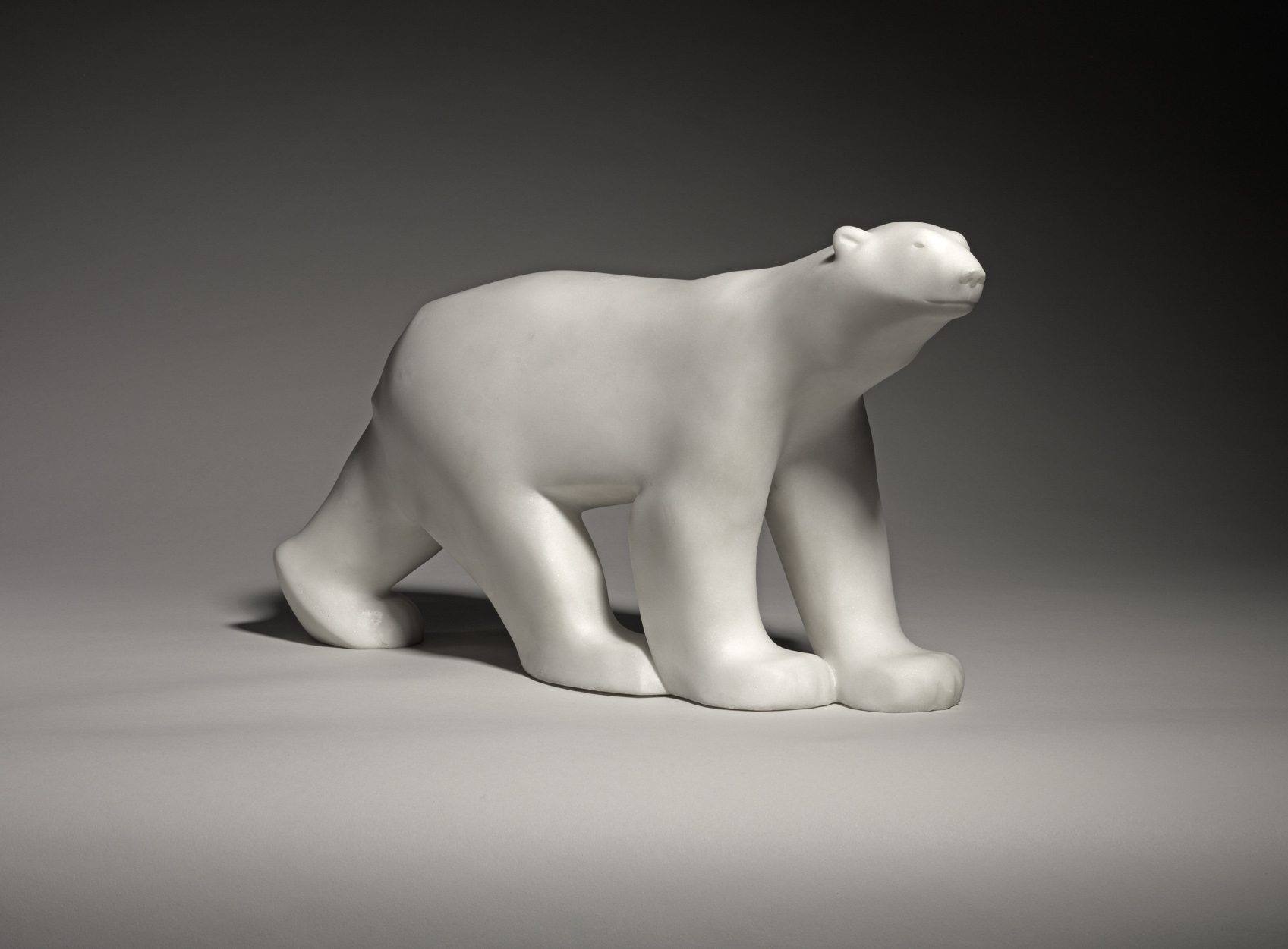 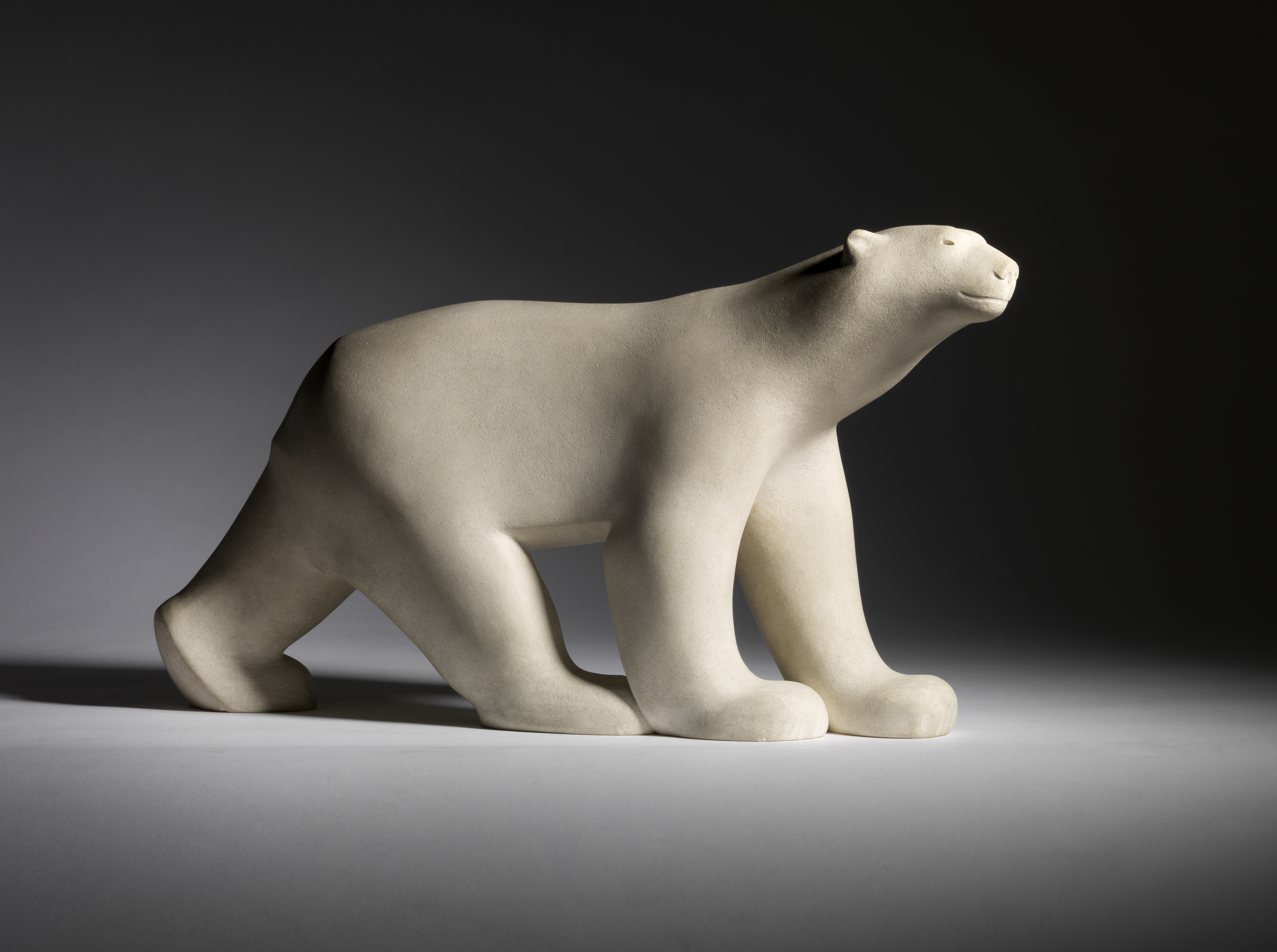 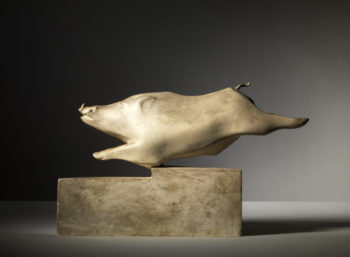