Aristide Maillol was born in the Catalan fishing village of Banyuls-sur-mer, on the French Mediterranean coast just a few miles from the Spanish border. There was no artistic background in his family and although he had no formal qualifications, completing only a drawing course in Perpignan, Maillol continued his artistic studies. A chance meeting with a student from the École des Beaux-Arts in Paris made him resolve to study there himself, and with financial support from his aunt, he went to Paris in 1881. He studied painting under Gérôme and Cabanel, passing the entrance exams in 1885. He never enrolled in any of the sculpture classes at the École des Beaux-arts but in 1883 spent a short period at the École des Arts Décoratifs, where he studied sculpture and ornament.

In the late 1880s he met Emile-Antoine Bourdelle through their mutual friend, the painter Achile Laugé, and the three artists became very close. At this stage Maillol was very much a painter, with no real inclination towards sculpture. In 1889 he visited a Gauguin exhibition with Daniel de Monfreid, a friend from the Banyuls area. When Gauguin was in Tahiti, he wrote to De Monfreid, asking about Maillol’s progress, and even suggested he run his affairs for him in Paris. A little later Maillol became friendly with Vuillard, Bonnard, Denis and the Nabis group. Like Gauguin, the Nabis were not content simply to paint, but also tried their hands at sculpture, pottery and the decorative arts; so too did Maillol. He started making tapestries, set up a loom at Banyuls, and employed two sisters to make the tapestries. In 1896 he married one of the sisters, Clotilde.

Maillol only began making sculpture in about 1895. These were initially small woodcarvings and little clay figures, which he fired in a home-made kiln. These had an immediate and widespread popularity among collectors, including Rodin. Maillol portrayed his figures simply standing, sitting or crouching and seldom doing more than attending to their hair or holding drapery.

In June 1902 Maillol had his first and only solo exhibition of sculpture in France, at the gallery of the celebrated Parisian dealer Ambroise Vollard. Hitherto Maillol had mainly produced terracottas but Vollard financed bronze casts for the exhibition. The influential critic Octave Mirbeau bought one of Maillol’s bronzes from this exhibition and essays on Maillol began to be published. Rodin visited the exhibition and even bought a bronze standing figure from Vollard two years later. Maillol wrote a note of thanks to Rodin: ‘I am very touched by the fact that you have purchased one of my statuettes. It is a true reward…’. Rodin was eulogistic in his praise for the younger sculptor. Picking up one of Maillol’s sculptures and turning it around, Rodin reportedly said: ‘Maillol is the equal of the greatest sculptors… What is admirable in Maillol, what is, so to speak eternal, is the purity, the clarity, the limpidity of his workmanship and thought.’ 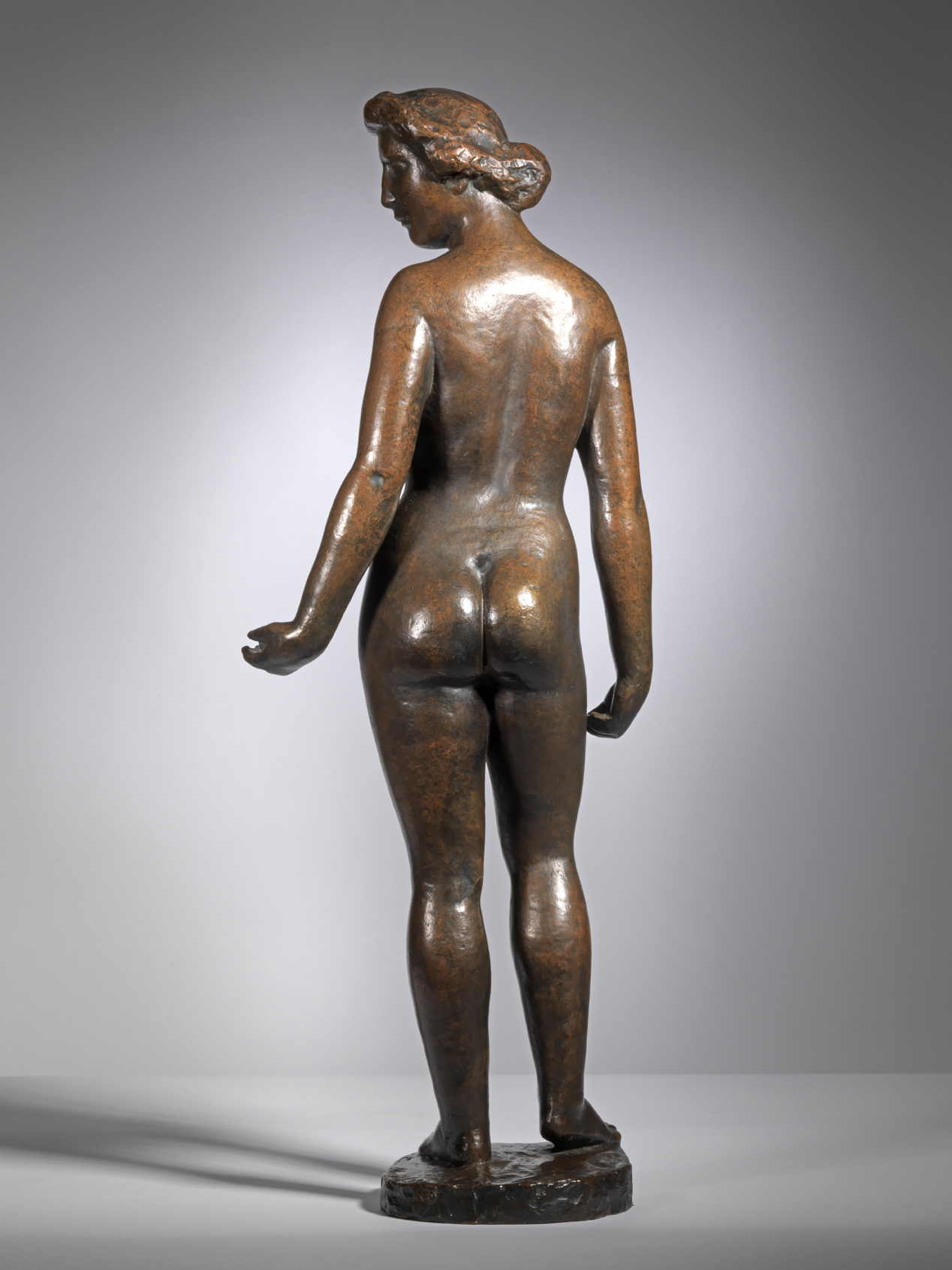 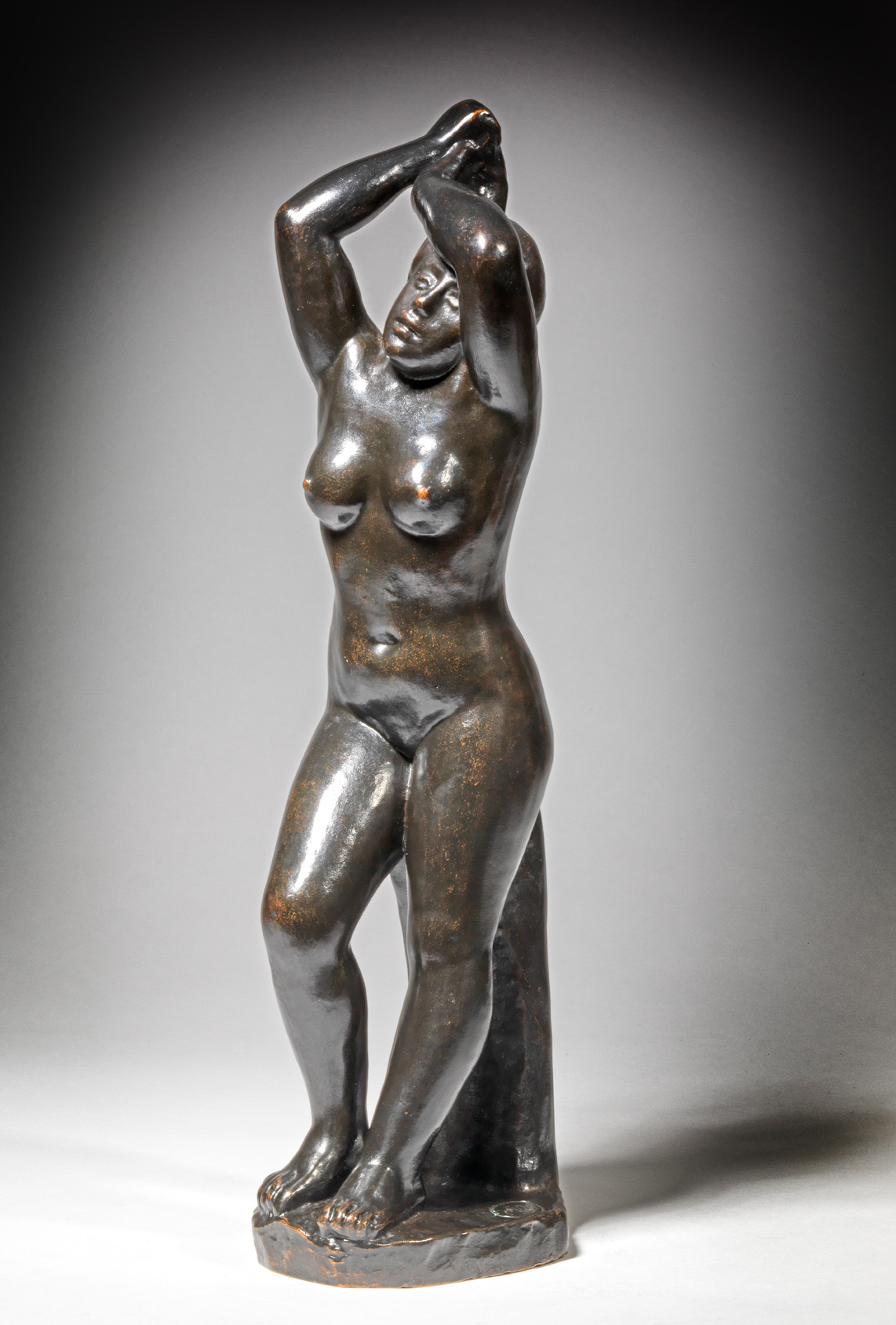 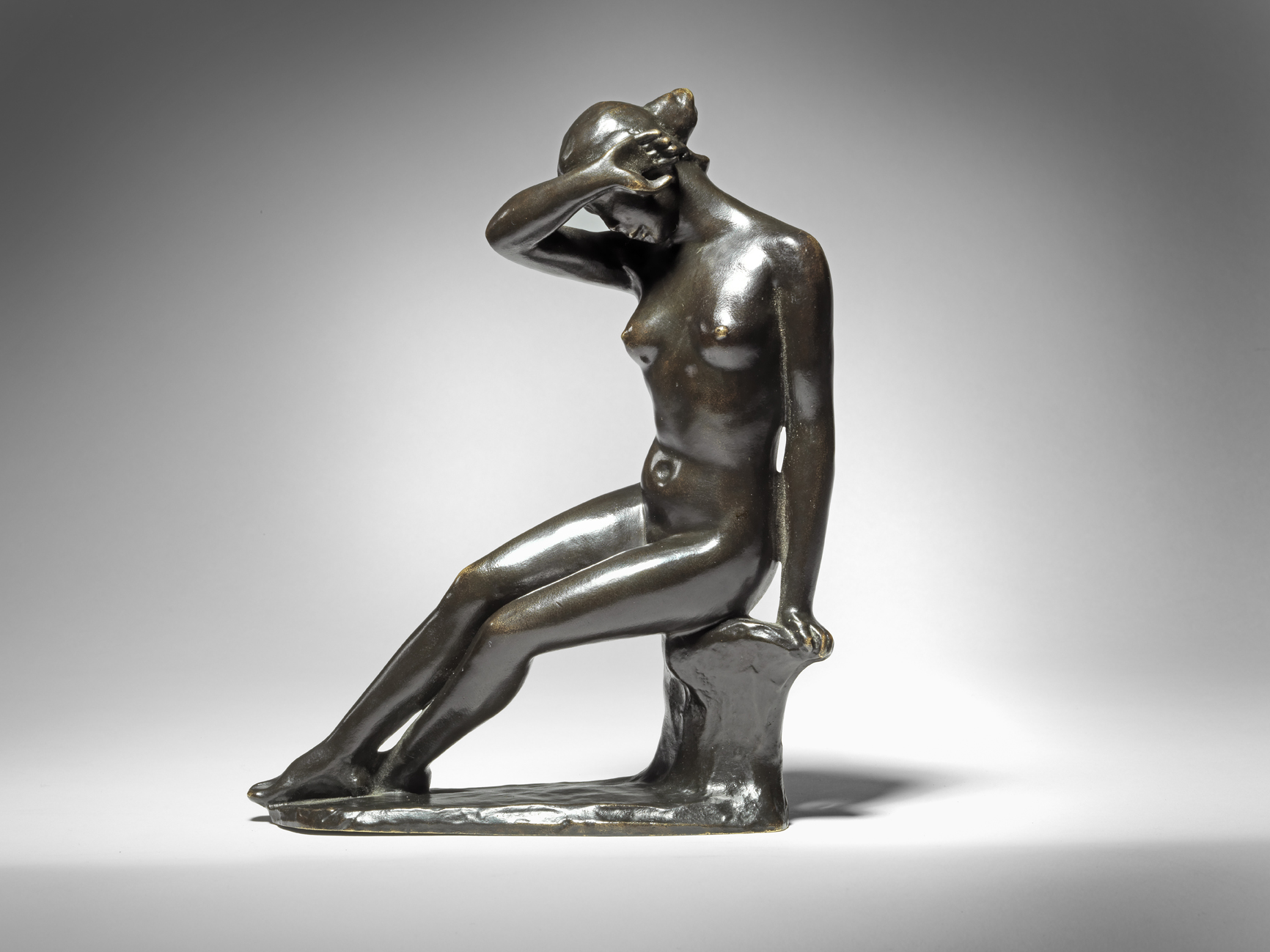 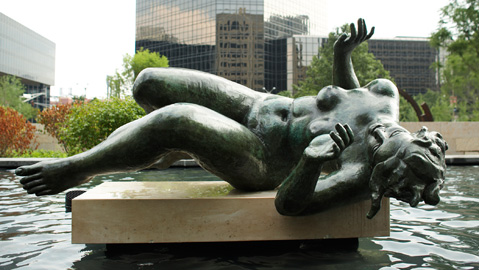 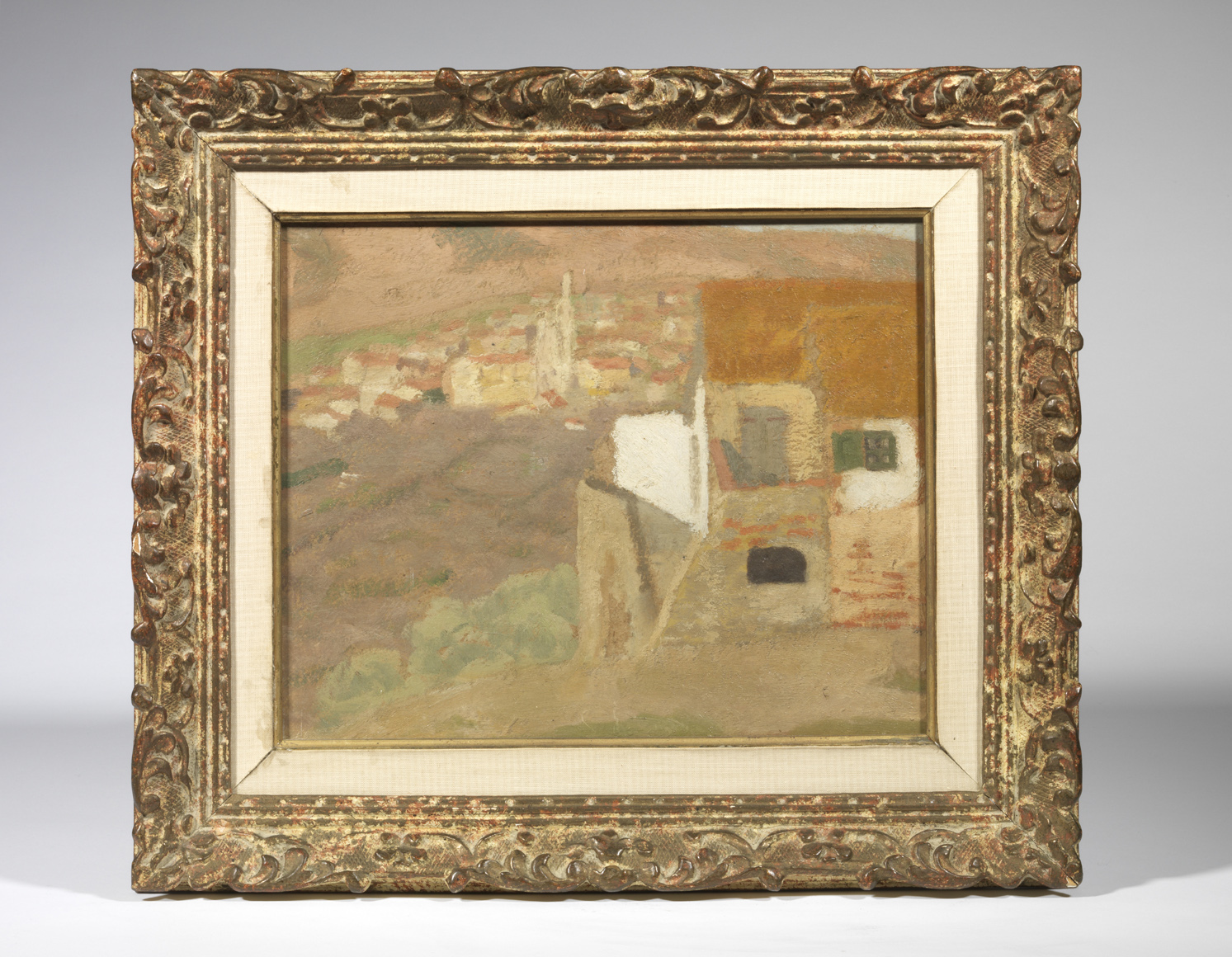 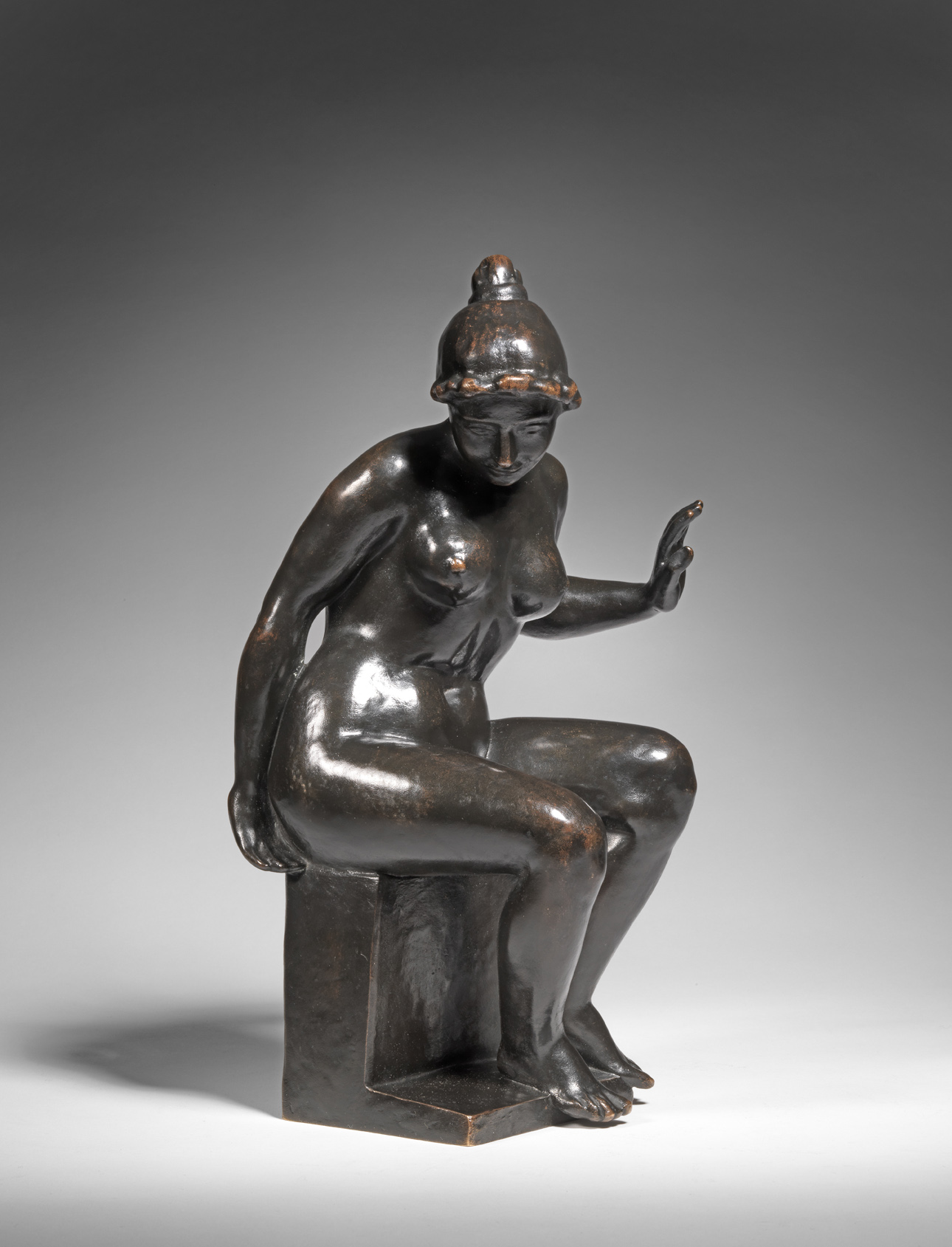 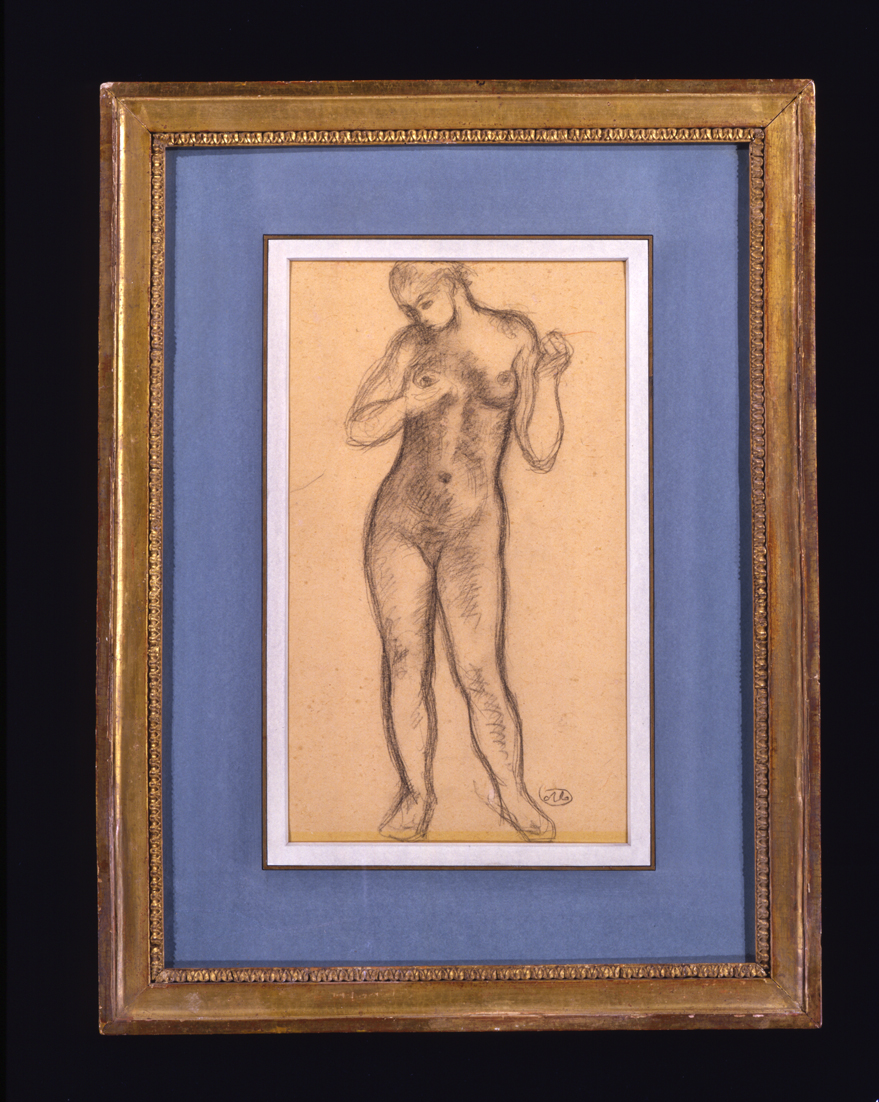 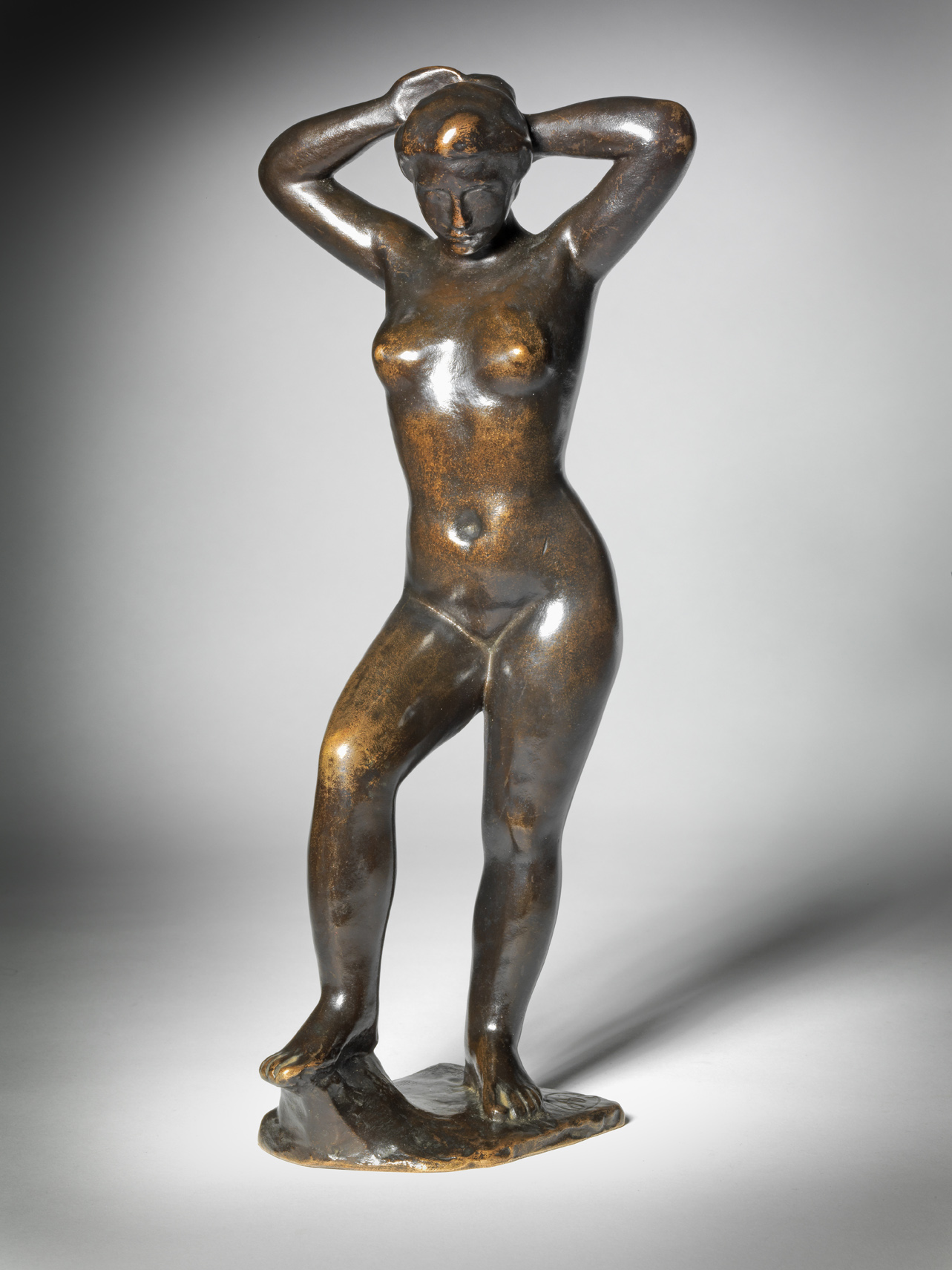 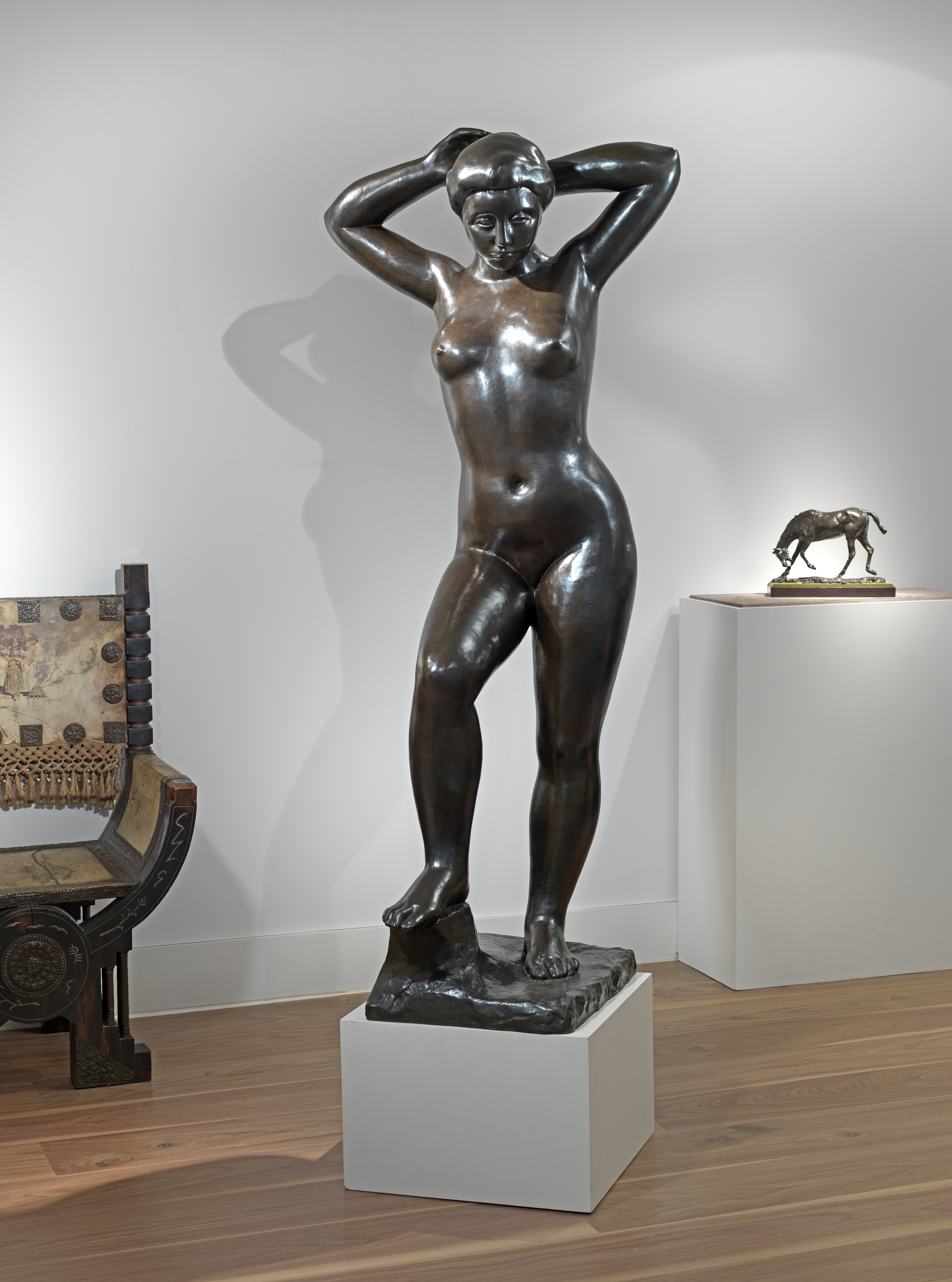 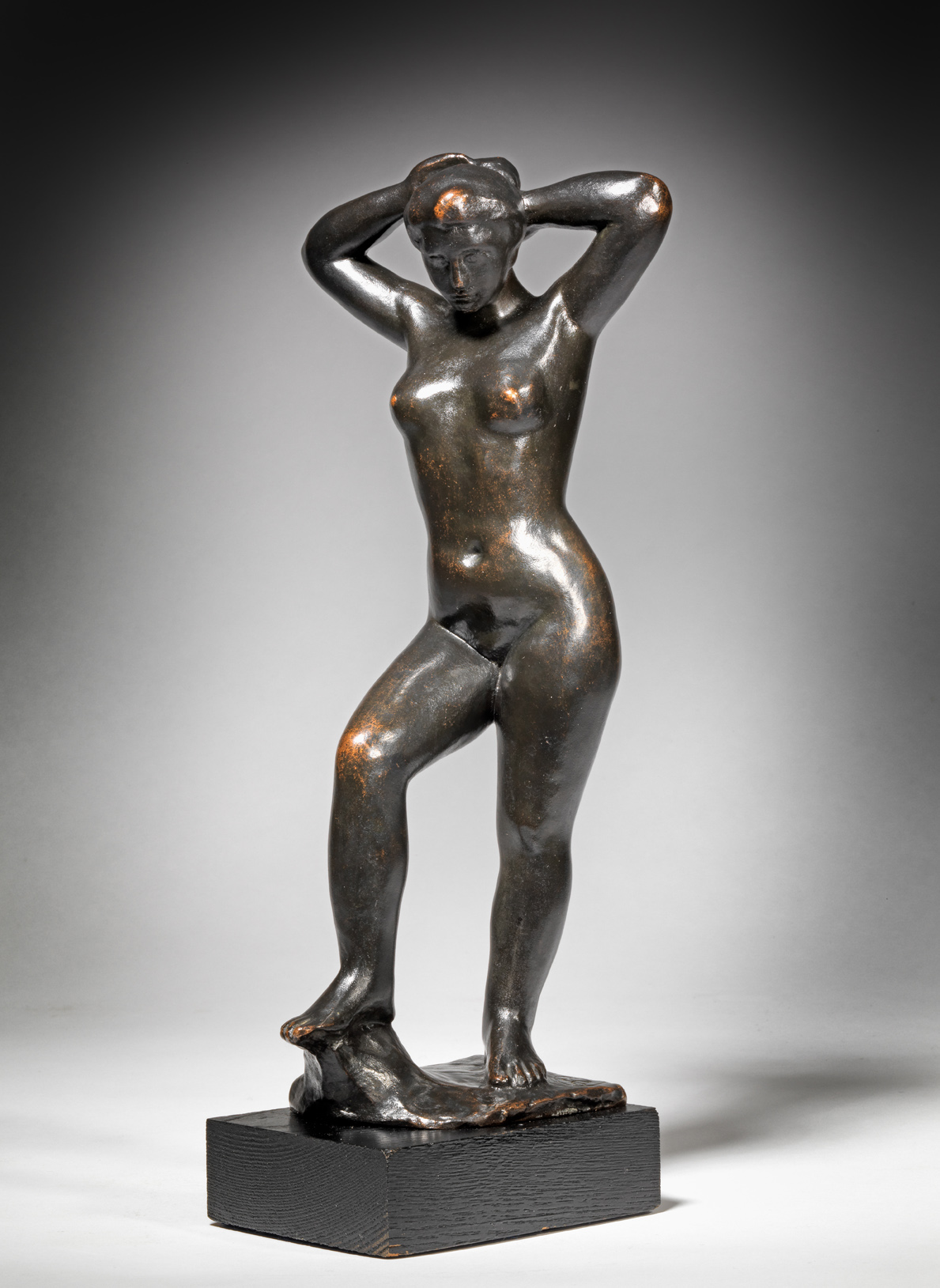 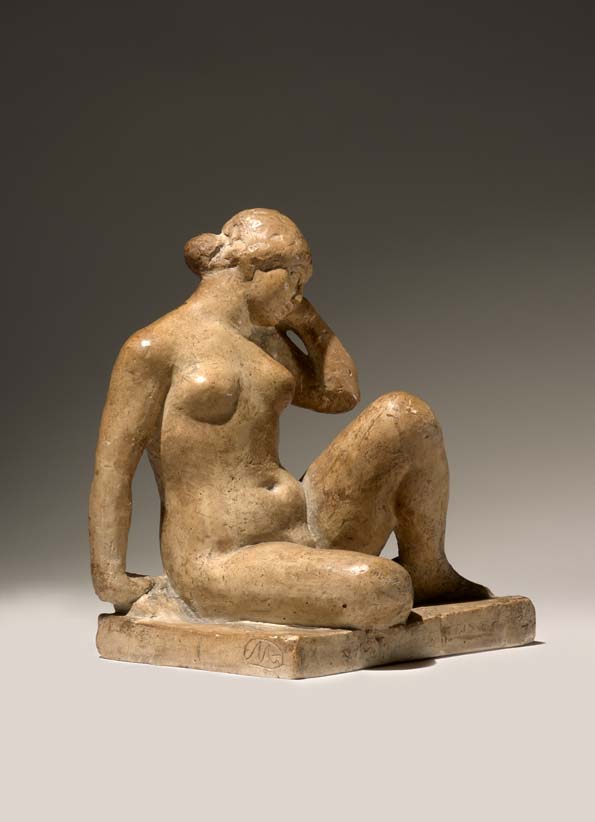 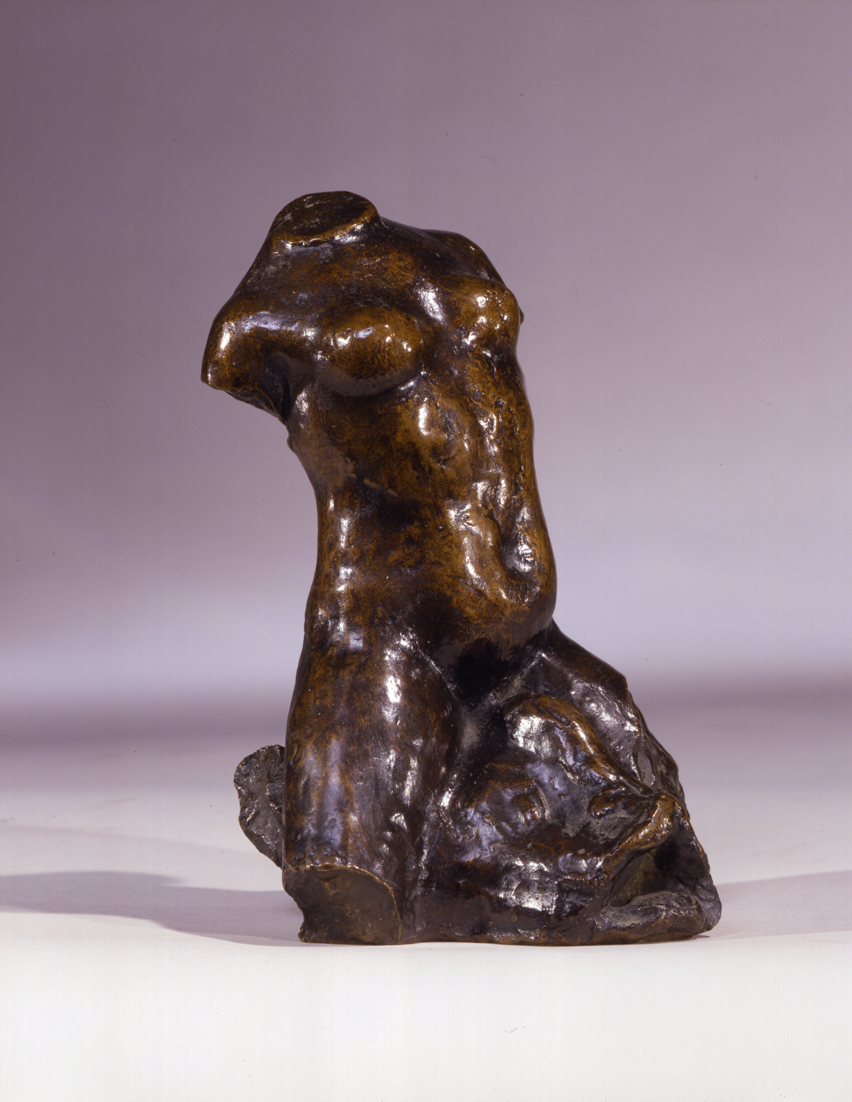