This exhibition features a selection of works drawn from our stock of important nineteenth and twentieth century sculpture. A piece of note is ‘Mes Antilopes’ by Rembrandt Bugatti which is his only finished life-size work, measuring over two metres in length. Bugatti convinced the director of the Antwerp Zoo to have the two, live animals shipped to Paris, where they lived with Rembrandt Bugatti in his studio – a project which testifies to the great trust which the institution had for the artist. Bugatti was profoundly attached to the two antelopes and the work depicts the affection between the animals, who had endured a long journey, confined in a crate, and were reportedly unsettled for a while after their arrival in Paris. As is often evident in Bugatti’s work, he depicts the vulnerability of these animals, who contrast sharply with his own sense of loneliness. 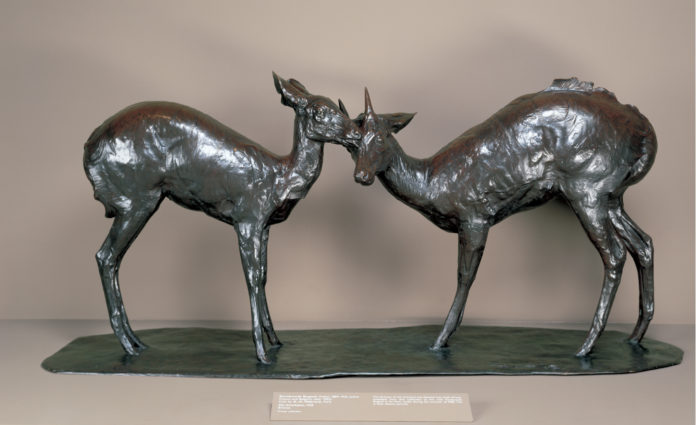 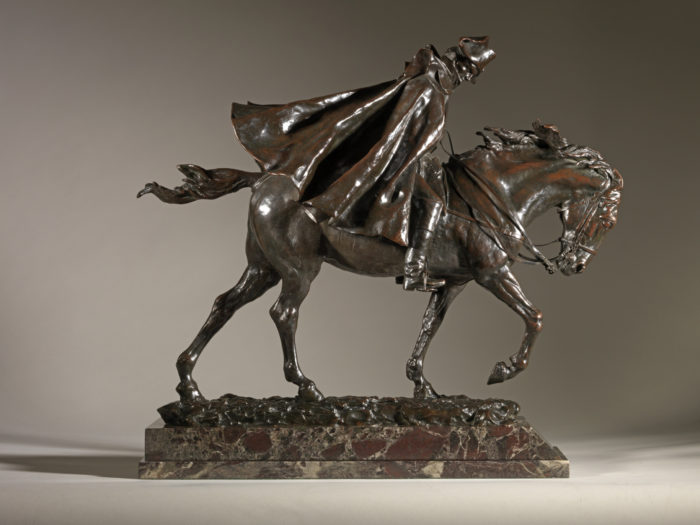 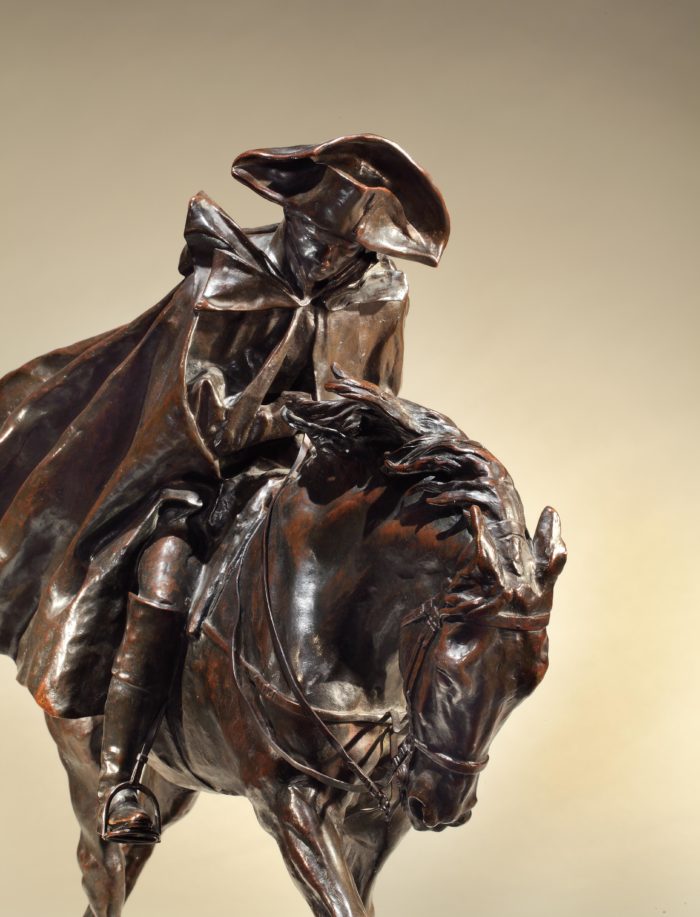 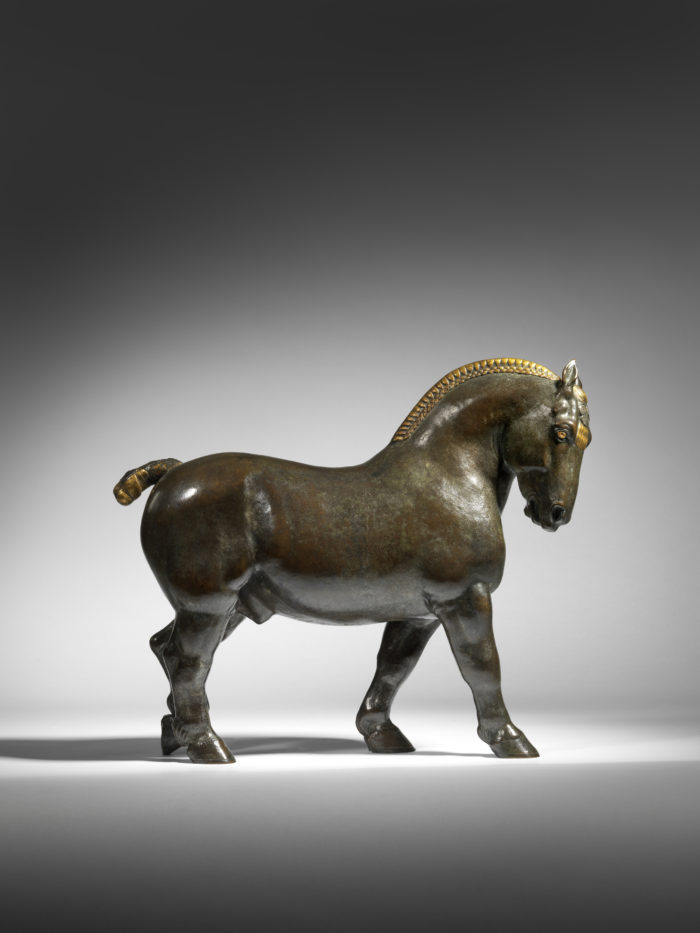 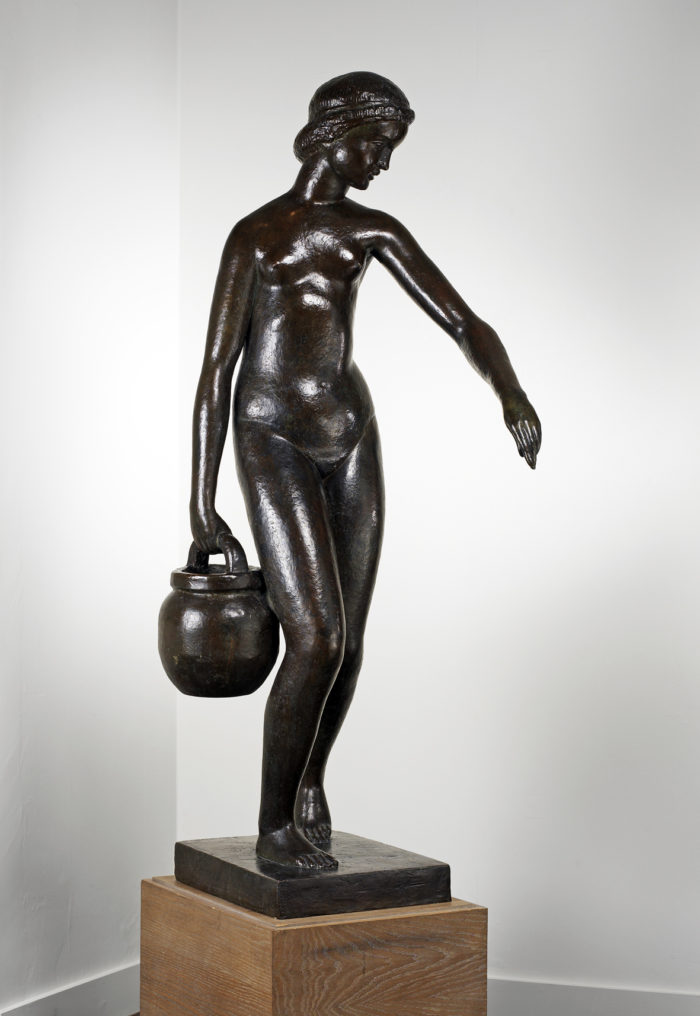 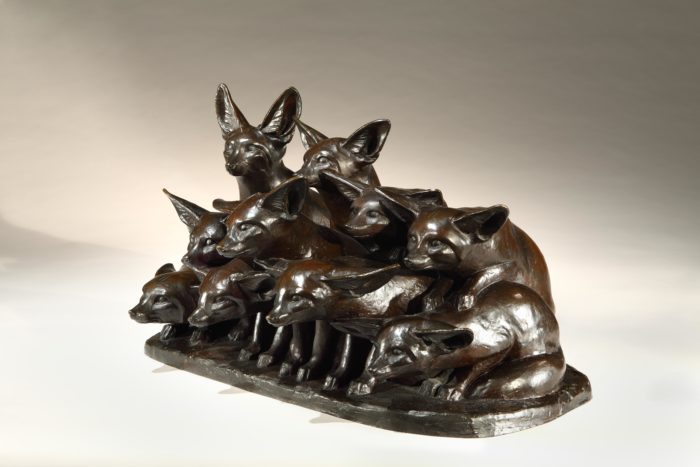 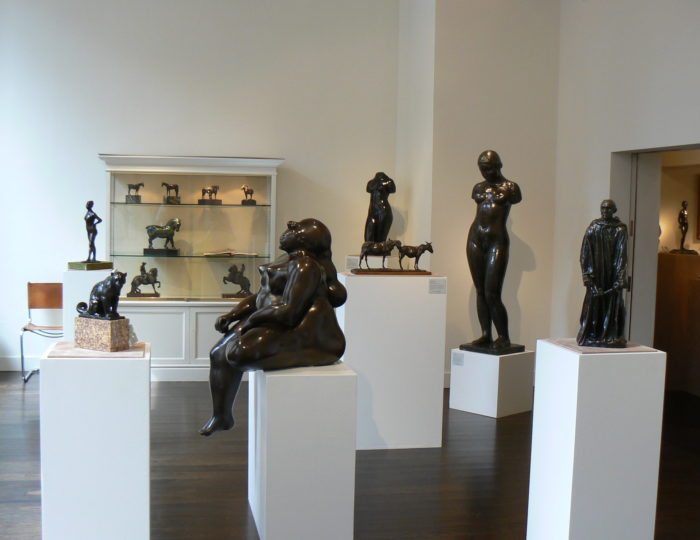