‘Simone-Marye is above all a tender and loving friend to her animals. She has a veritable miniature zoo at home; she enjoys being an artist, confident of her virtuosity at reproducing her animals, with their own individual character, in plaster and bronze.’ – Albert Cossery

Simone Outin, who was known as Marye, first took up sculpting in the mid 1920s at the age of 30, after previously trying her hand at several different occupations. She had no specific art training but was introduced, as she put it, to direct carving by the sculptor Marcel-André Bouraine. At the time she was running an antique furniture shop in Paris, which had in the courtyard a studio where she kept numerous animals. Inspired by her ‘faithful friends’, as André Gide described them, it was in this studio that she produced the main body of her work: cockerels, hens, kids, goats, rabbits, fish and some African and Far Eastern heads.

During the 1920s, Animalier sculpture was enjoying a resurgence of interest (as can be seen from the French government’s purchase of François Pompon’s ‘Polar bear’), and the art world loved Marye’s subject matter and her style. The Salon was full of Art Deco, and her sculpture with its ‘full shapes and harmonious lines’ was soon much appreciated by the public in the period between the wars.

Her work was first fêted by Gide in 1929 in his book L’Amour de l’Art. She was acclaimed by the press throughout the 1930s, and was exhibited both in France and abroad, for example at the Flechtheim Gallery in Berlin in 1929, and at the gallery of the magazine Art et Décorationin Paris in 1933.

Her pieces were also sought after by collectors and notable figures such as the poet and diplomat St-Jean Perse, the wealthy businessman Frank Jay Gould and the sculptor, art patron and collector Mrs Gertrude Vanderbilt Whitney, who acquired a version of the pair ‘Cock’ and ‘Hen’ two years after founding the Whitney Museum of American Art in 1931.

Simone-Marye suffered financially after the economic crisis of 1930. In 1934, with help from friends, she moved to Egypt, where she received a warm welcome. She recounted that she spent four wonderful years there until the approach of war brought these happy times to an end. On her return to Paris in 1939, Simone-Marye gave up sculpting in order to devote herself to the war effort.

By the end of the 1940s, Marye had given away everything she owned, even her atelier. By 1957, she was utterly destitute: increasingly neglected and socially marginalised, she was admitted to hospital, where, in the last four years of her life, she resumed her creative activity through drawing. The completely different style of this late work nonetheless still celebrated her animals with the same love and mysticism as in her sculpture.

She died in 1961 in Neuilly-sur-Marne, in the eastern suburbs of Paris. 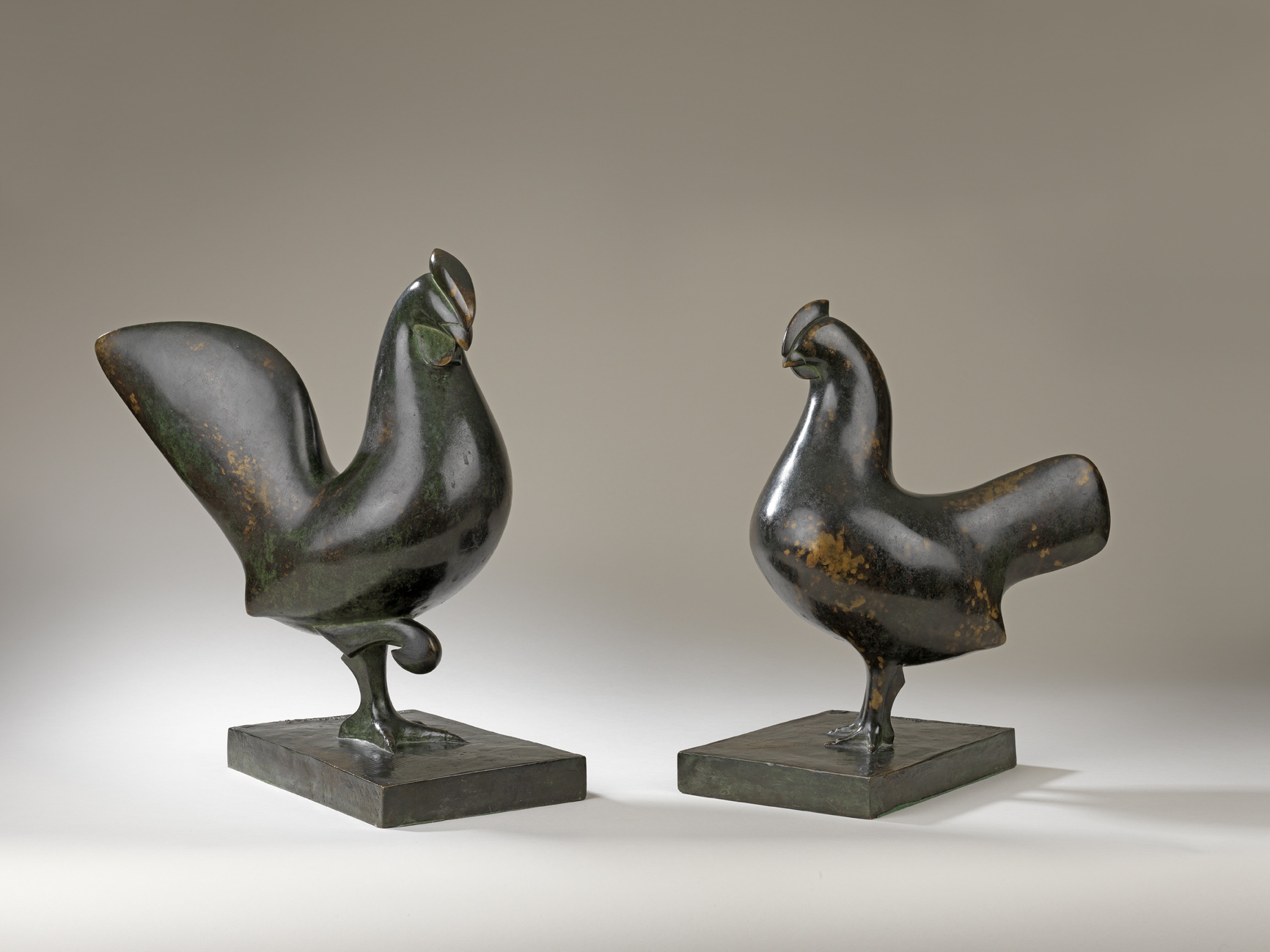 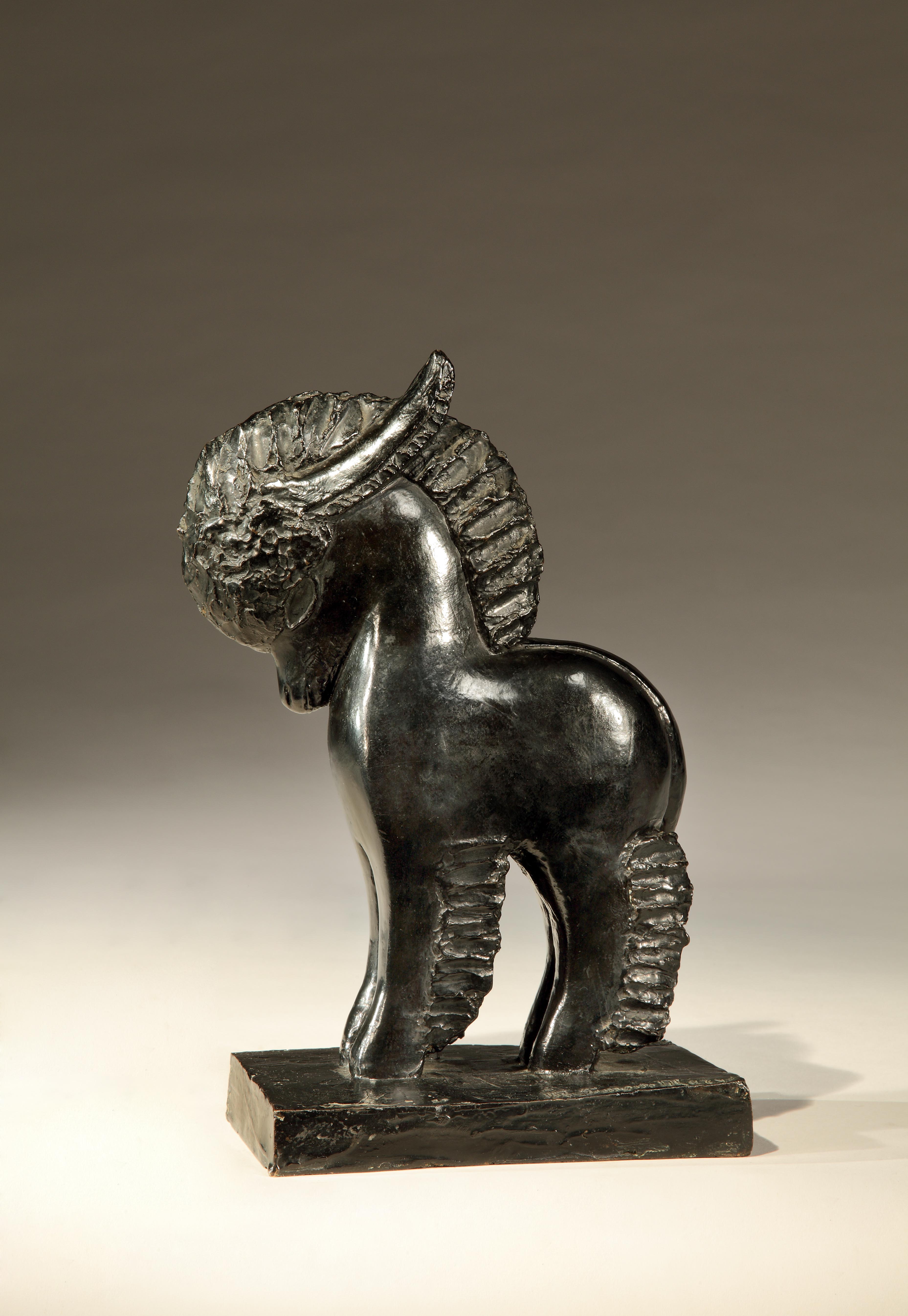