The son of a skilled metal turner, Mene was born in Paris where furniture manufacture, sculpting and metalworking were a part of his everyday life. His father, Dominique, tutored his son not only in the basics of metal foundry and the work of a “ciseler” but also in the rudiments of sculptural practice.

Following this training, Mene first began his career as a modeller for commercial porcelain manufacturers whose products were very much in vogue at the time. However, he soon joined the atelier of the animal sculptor Rene Compaire and developed his interest in animals at the Jardin des Plantes. Once Mene began translating his sketches into three dimensional sculptural forms, he quickly established a reputation for himself.

In 1838, he started his own foundry and held his first exhibition at the Salon; where he was to become a regular contributor until his death. Mene won four medals at the Salon and at major exhibitions, receiving the Cross of the Legion d’honneur in 1861 and two first class medals at the London Exhibitions of 1855 and 1861. One of Mene’s finest and most successful sculptures, ‘L’Accolade’ (Arab Mare and Stallion) was first exhibited in wax at the Salon of 1852, in bronze in 1853, and at the Exposition Universelle of 1855. An example of this work is now in the collections of the Louvre. Other popular models exhibited at the Salon during Mene’s lifetime include his ‘Mare and Foal’ exhibited in 1868 in wax and 1869 in Bronze and ‘Vainqueur de Derby’ exhibited in wax in 1863 and bronze in 1864. During his lifetime only one of his works, ‘The Mounted Huntsman and his Hounds’ was acquired by the State. Now, however, examples of Mene’s work can be found in other French museums and the Ashmolean Museum in Oxford, which has the wax model of ‘Winner of the Race’ originally exhibited at the Salon of 1866.

Mene took great care in his work and usually edited the pieces himself and those from his own hand stand out. As his success grew Mene issued a catalogue of his work, with the assistance of his son-in-law, Auguste Cain – himself an animalier sculptor of some repute. Following Mene’s death, the continued casting of many of his models was undertaken by Cain and later by the Susse Freres and the Barbedienne Foundries, both of whom inscribed their casts. In addition, two Scottish foundries, Coalbrookdale and Falkirk, issued models in cast iron and occasionally in bronze.

During his lifetime, Mene distinguished and in some respects distanced himself from the ‘Father of the Animalier School’, Antoine-Louis Barye by capturing the more delicate side of the animal world and eliminating the natural violence in animals that Barye captured so well. The delicacy and natural form in his sculpture was, in part, a result of the influence of the painters Landseer and Carle Vernet. From Landseer, Mene found not only subject matter but an expressive element – sentimentality. Landseer’s strong influence can be readily seen in Mene’s large and intricate model of ‘After the Hunt in Scotland’. From Vernet, Mene captured the verve and spirit of the painter’s compositions. By incorporating these elements into his art, Mene’s sculptures possessed a character and natural appeal of their own. Over a century later Mene has emerged as one of the foremost sculptors of the ‘Animalier’ school and surpassed all others in his portrayal of animals in the realist form. 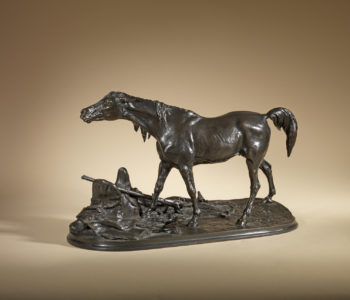 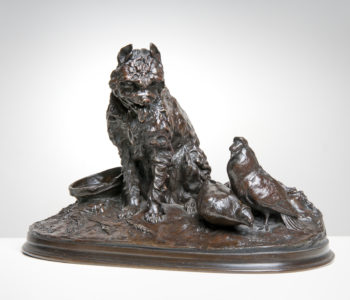 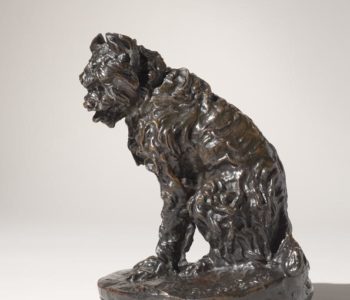 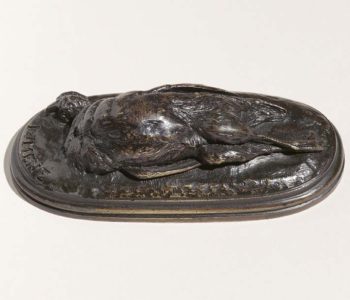 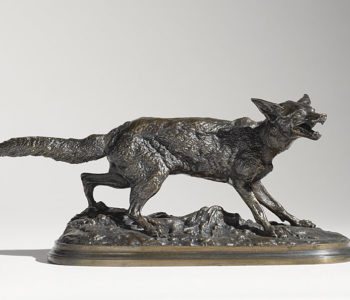 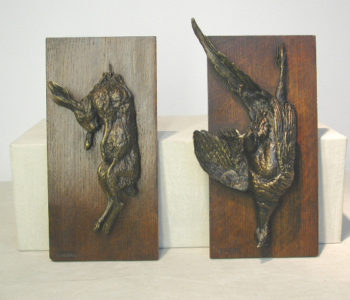 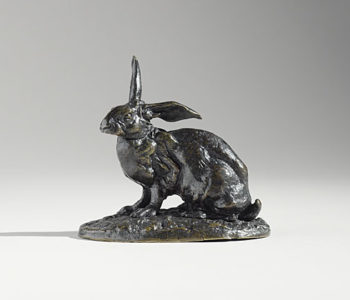 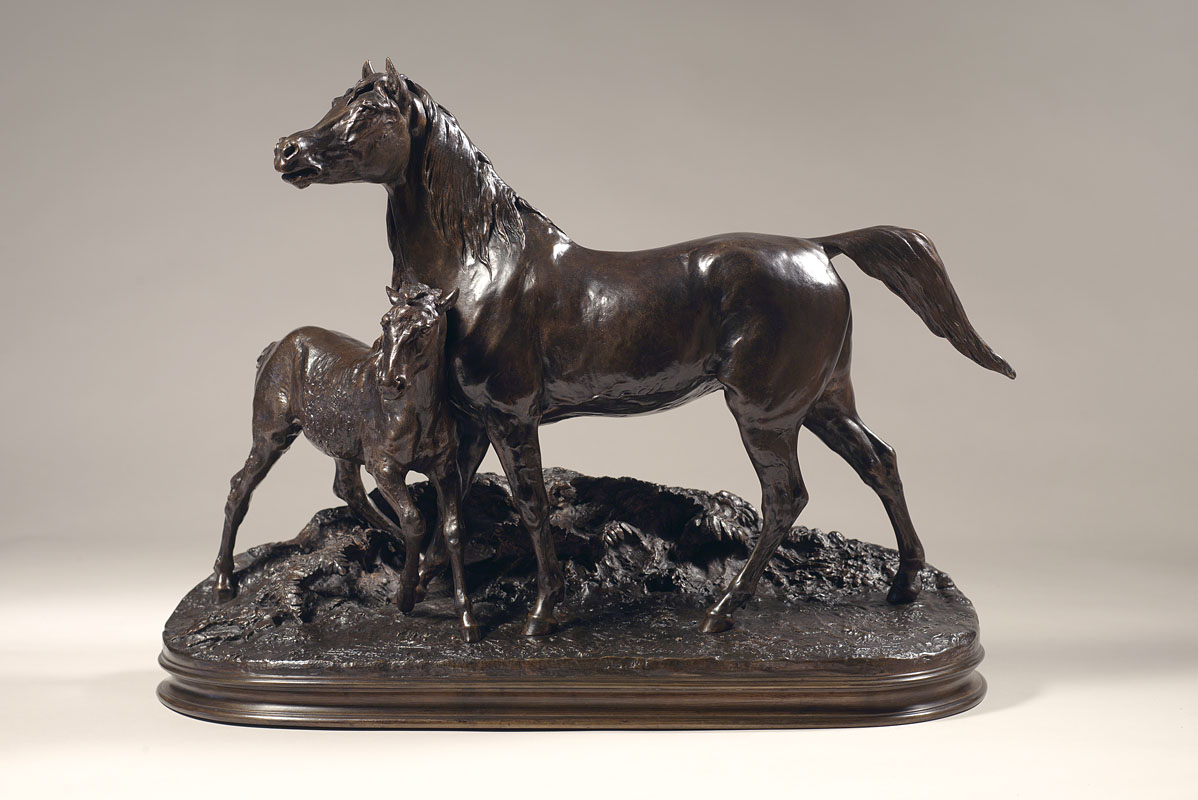 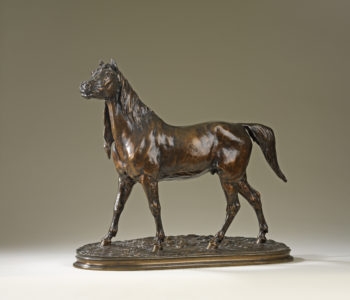 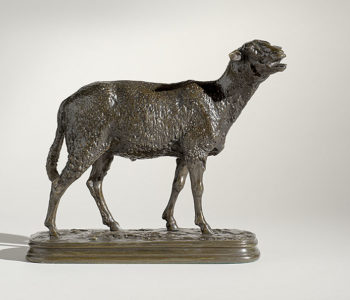 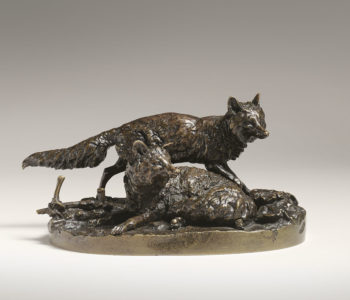 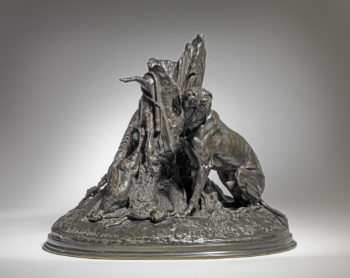 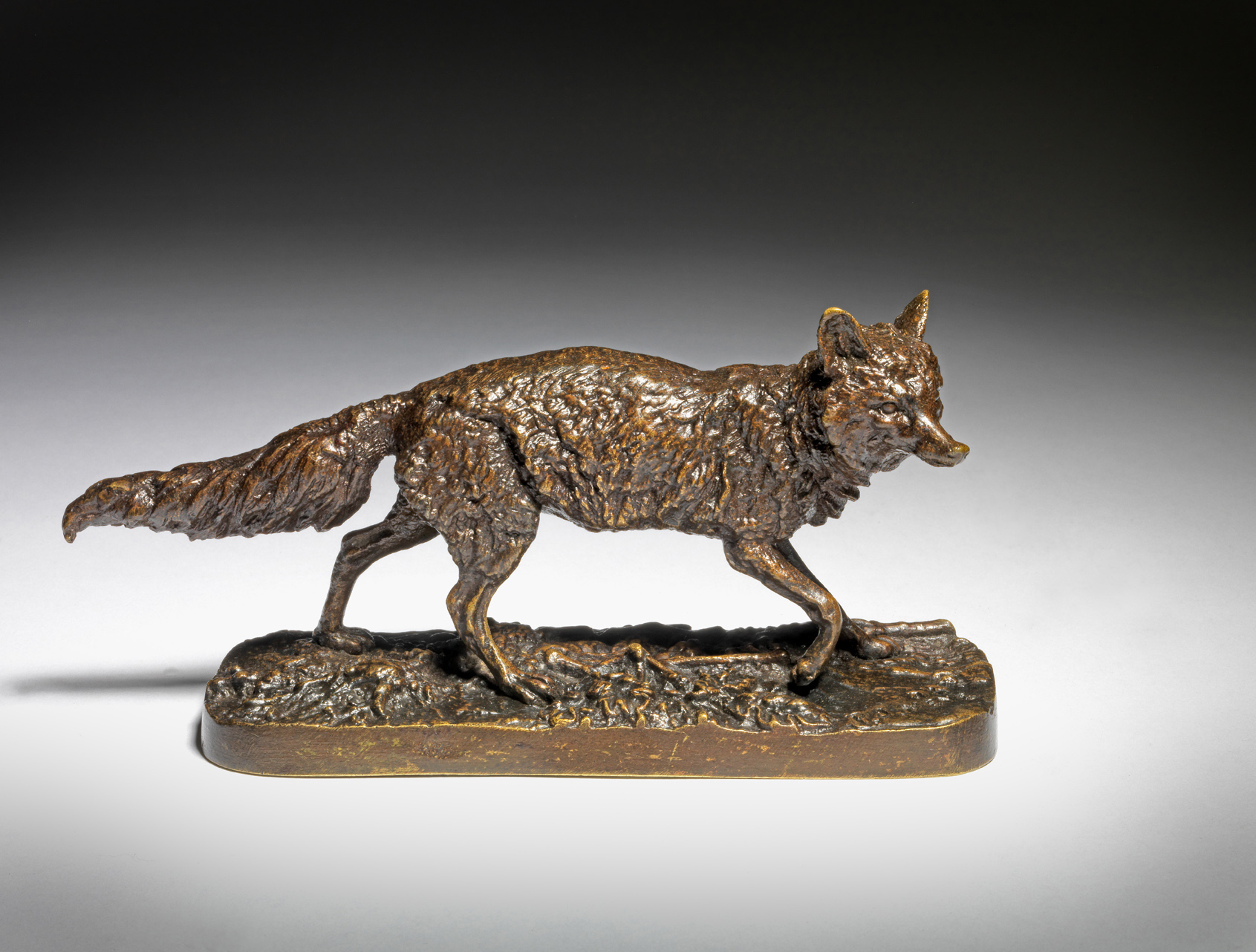 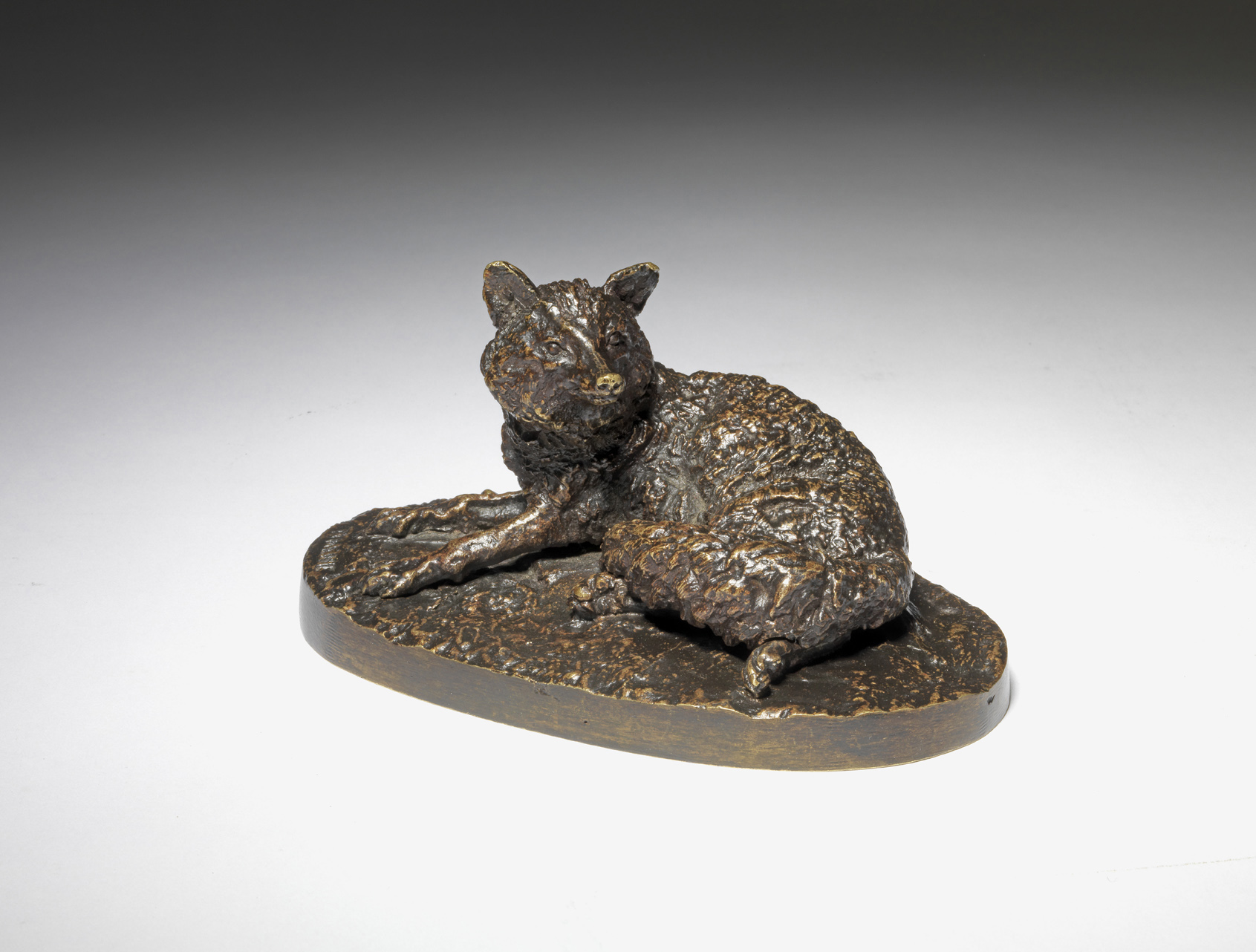 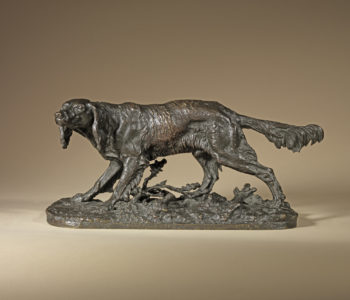 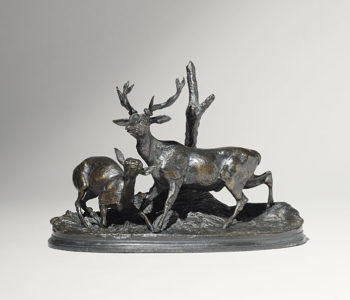 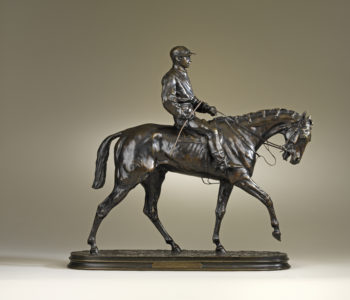