Nic Fiddian-Green has had many successful exhibitions both here and abroad in the many years the Sladmore has represented him, and whilst it is evident  he still has an  authentic affinity with the nineteenth and twentieth century masters also exhibited by the gallery – from Barye, Mene or Bonheur, to Bugatti, Degas and Frink. His growing international reputation testifies to the totally original and deeply involving nature of his work.

Nic’s expressive, often romantic equestrian studies are the main signature motif of his work, and they are spectacularly represented in recent exhibitions. The tenor of these works varies from the reposeful and meditative to the vibrant and near-violent. As with his illustrious predecessors, the training that led to his style has been a combination of formal art-college study and private, passionate self-teaching, absorbing lessons both from art and from nature. As a young art student in London, he was inspired by the Parthenon frieze at the British Museum. Later, time at a stables gave him the familiarity with living horse anatomy. Such are exactly the kinds of formative experience that created the great romantic and early modernist sculptors, as when Barye, versed in classical sculpture of the French collections, took to visiting the city’s zoological gardens to draw the animals in life,or Bugatti’s many hours spent at Antwerp zoo.

Some discussion of Fiddian-Green’s works has concentrated on whether he is romantic or classic in spirit. The truth is that he assimilates both these perennial human tendencies within a completely original and contemporary vision that is vital, exciting and modern. His sculpture has huge dynamism and animation, yet at the same time an underlying repose and calm. This paradox is encapsulated in the very technique by which he creates his pieces – the highly physical, raw form of his bronze casting. For Fiddian-Green has developed a strong and personal involvement with the processes of bronze casting. Many of the casts are undertaken by the artist himself, in his studio, rather than sent out to a foundry. Yet the artist’s meticulousness does not lead to a dry precision. On the contrary his is a vigorous, rugged sculptural surface, expressive in its energy. Indeed, he also deploys other very direct techniques such as repoussé (beaten panel) in his original andstriking lead sculptures, beaten and riveted with his own hands.He seldom leaves the patination to his assistants or foundries, insisting on his personal involvement at every stage.

Though he is still a relatively young artist, Fiddian-Green’s career has already been a dedicated pilgrimage, in terms of style, technique, vision and philosophy. Working first in the Mediterranean and in recent years in Britain, he has evolved a sculpture of the human form alongside his animal subjects. Here too he is in accord with the grand tradition of animal sculptors, all of whom sought to extend their apprehension of life to include humanity. In particular Fiddian-Green has made spiritual, religious works – Crucifixions, head of Christ, Stations of the Cross, iconic renditions of sacred faces and figures. These again owe something to the past but in their directness, power, and emotional depth are truly modern.

Yet it is not only his explicitly religious works that address a spiritual dimension in our secular age; his horse studies are equally, surely, a celebration of a deep, reverential attitude to life, rooted in, yet transcending the physical. Equally his Christian pieces are far more than devotional ornaments of a particular denomination; they are universal expressions of human spirituality.

He is also an excellent draughtsman making studies of horse heads of a grandeur and refinement unusual in contemporary art. Like the three-dimensional pieces to which they relate, they combine power and finesse, and further testify to his stature as his international reputation grows. 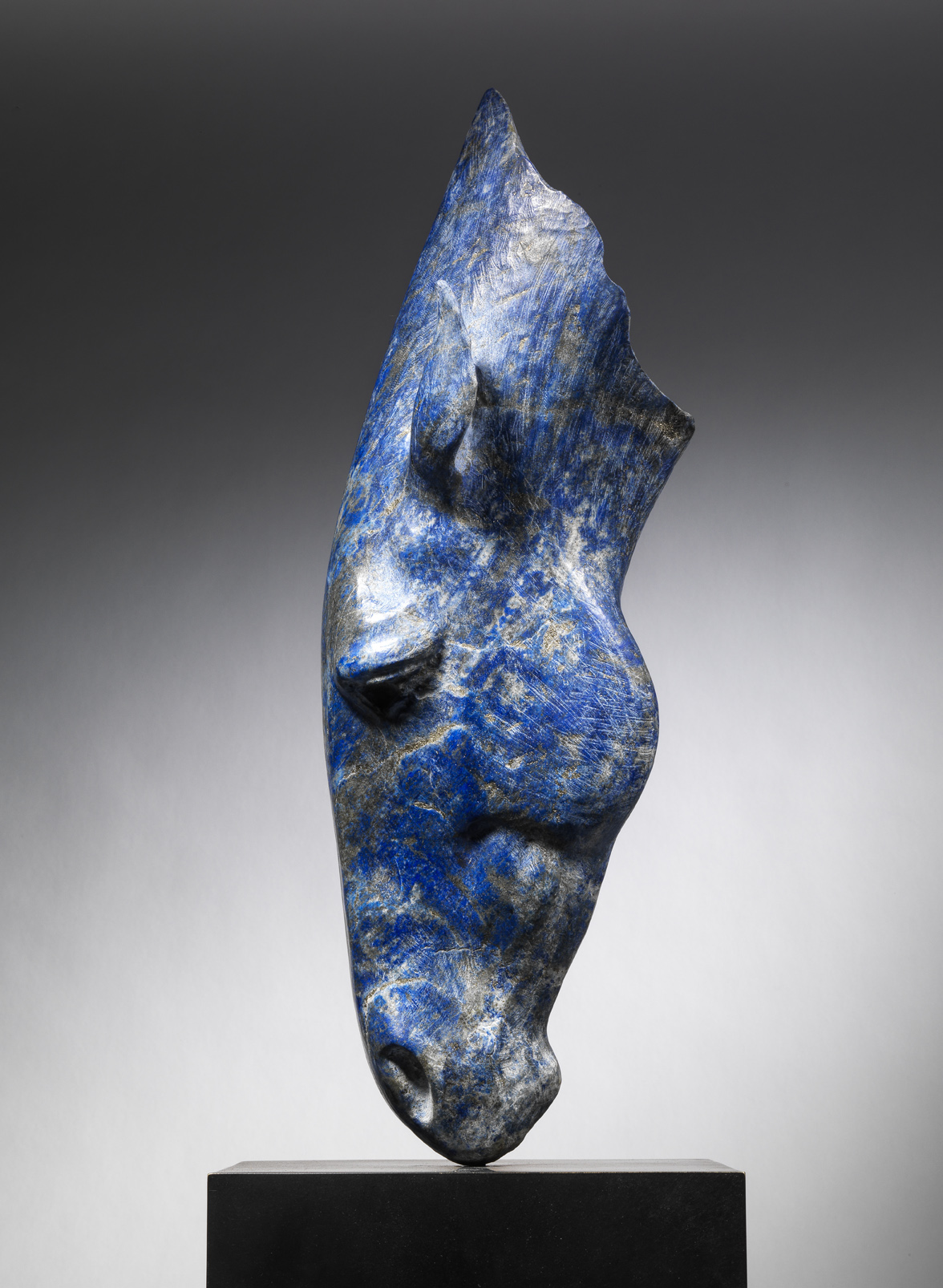 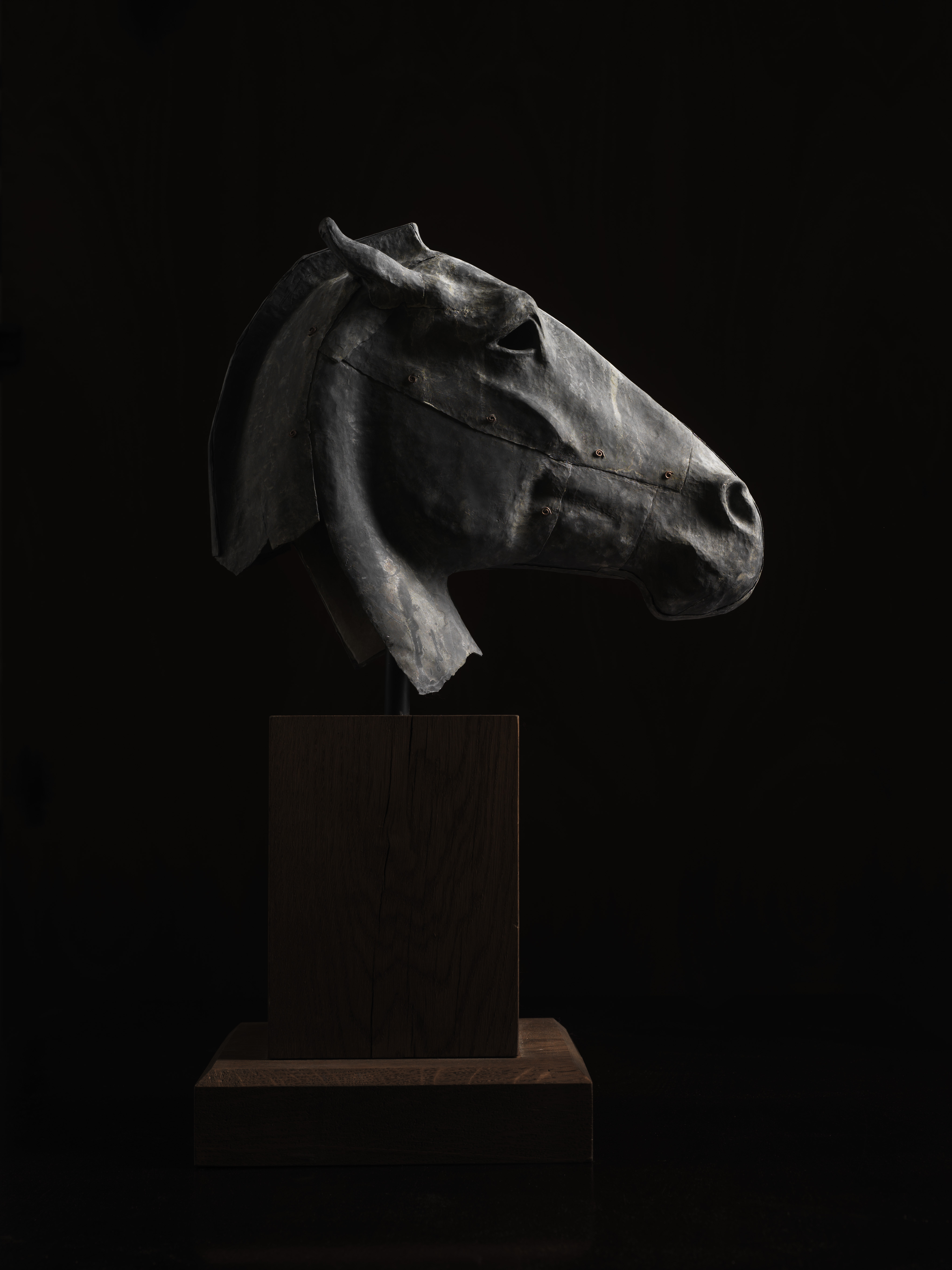 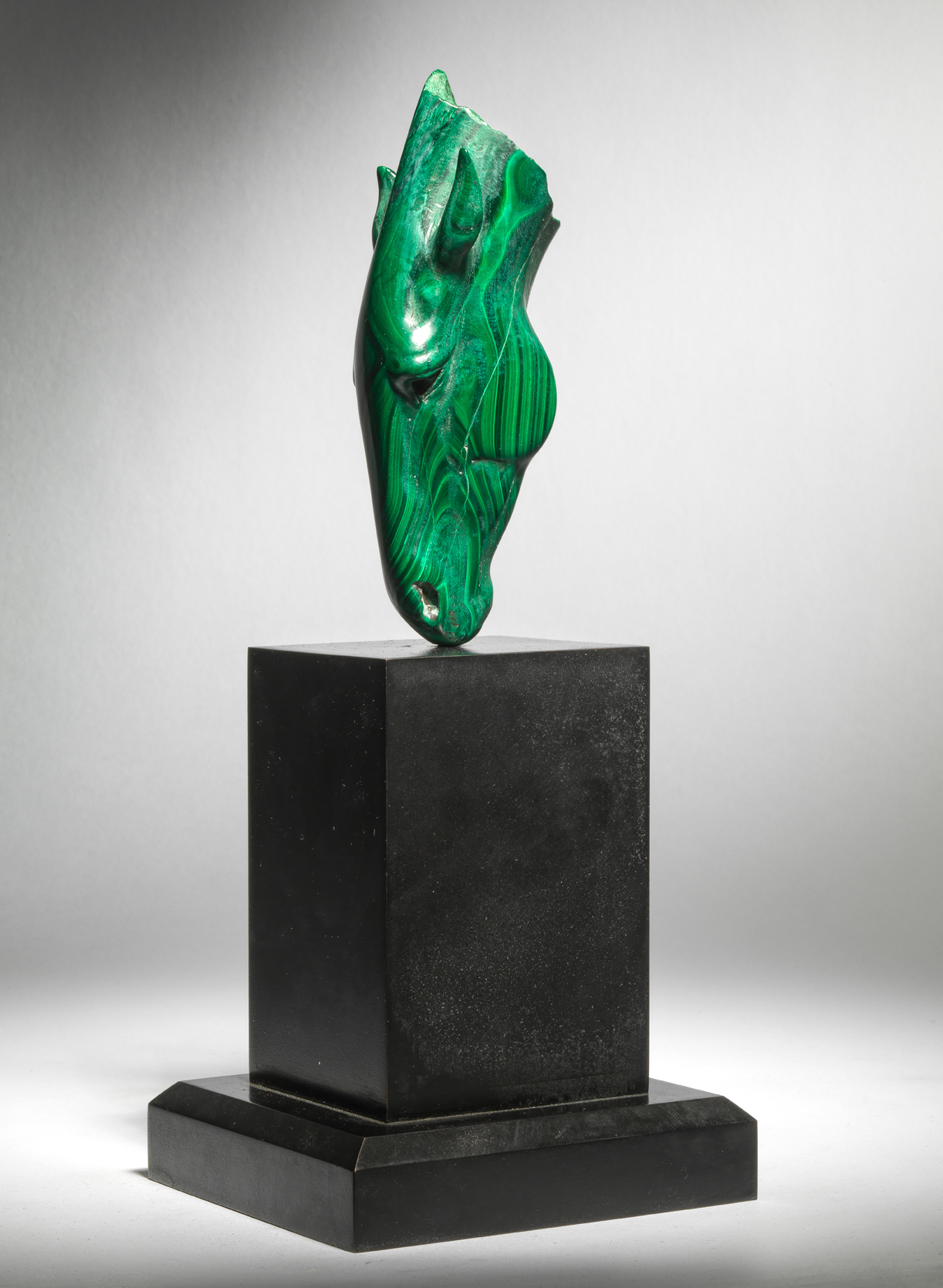 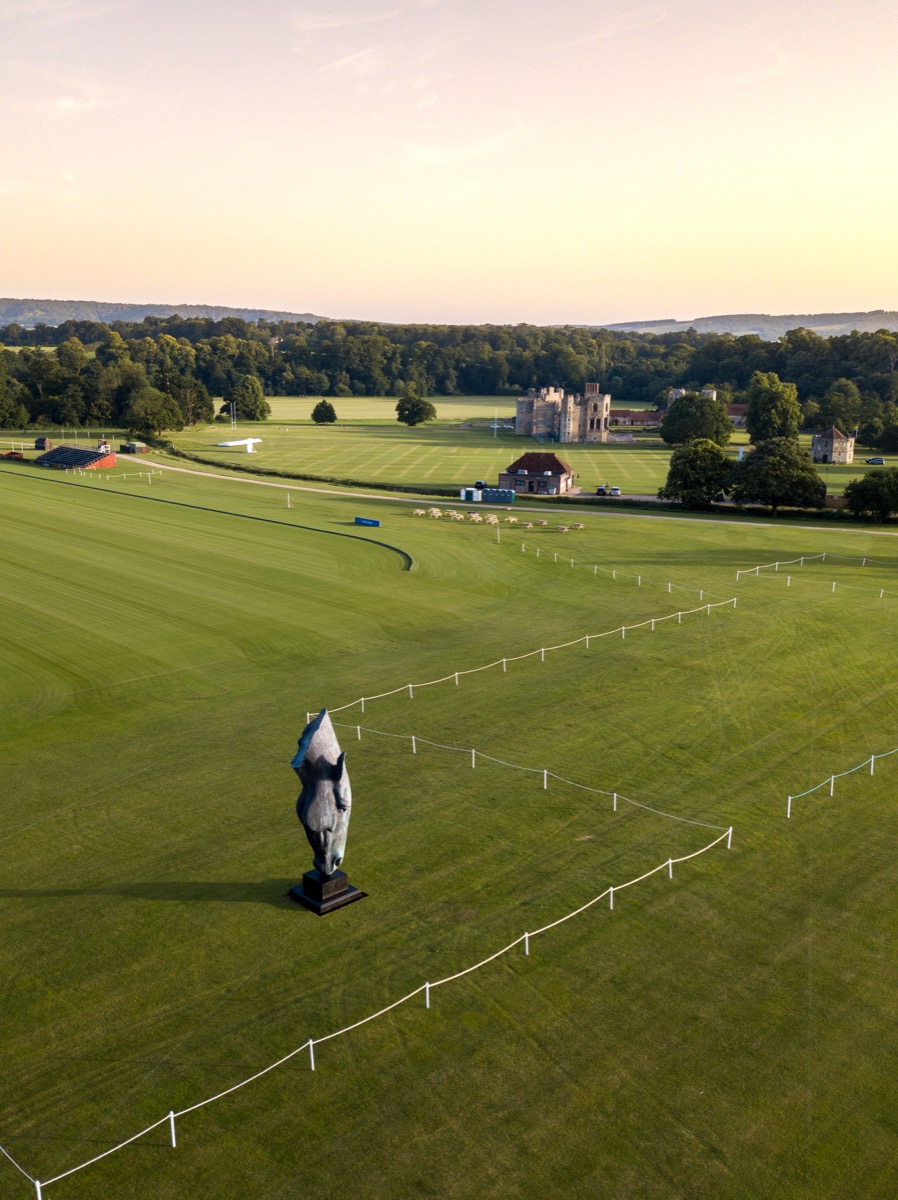 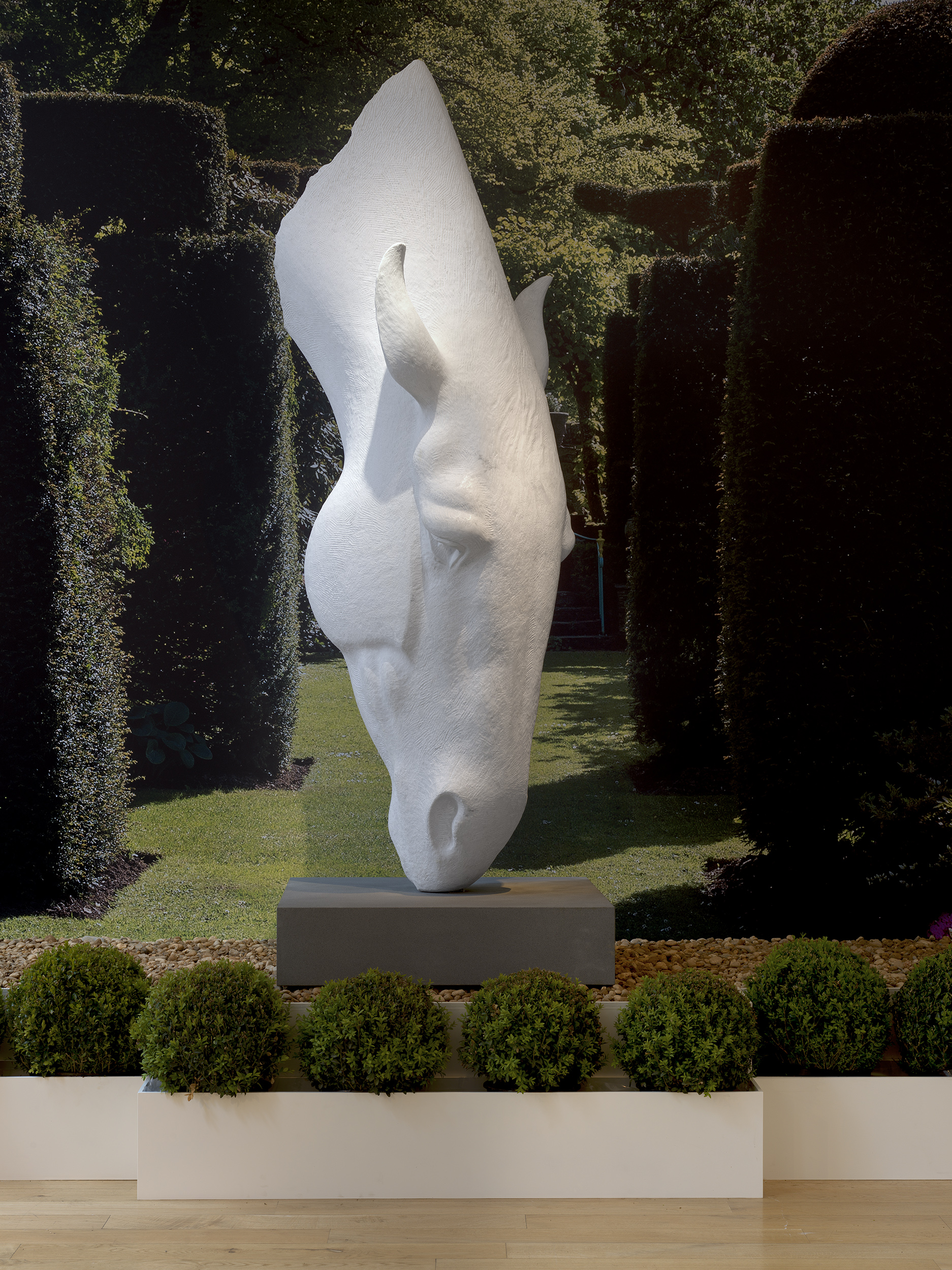 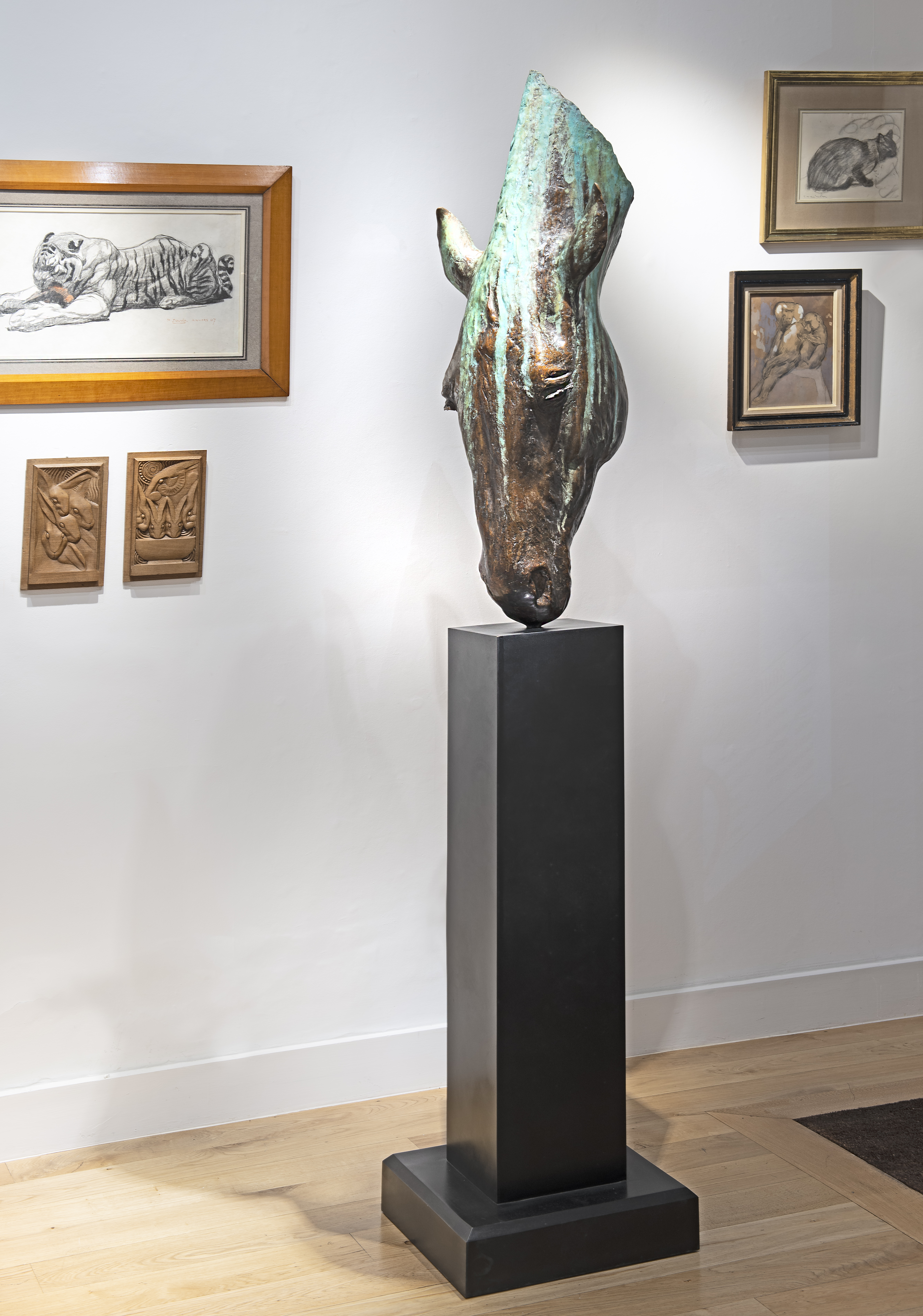 Fiddian-Green Sculpture in the Landscape