Young was a native of Salt Lake City, Utah, and a grandson of the Mormon leader Brigham Young. He realistically sculpted working men, prizefighters and Native Americans and was founder of the American Water Color Society. At the age of five, Mahonri Young modelled his first clay sculptures while recovering from appendicitis. Several years later, he acquired a fifty-cent wood-carving kit and carved a portrait of Julius Caesar, which a visitor to the house described as the work of a ‘genius.’ He attended an art school in Utah, then worked as a sketch artist for local newspapers to save money to go to New York. He studied at the Art Students League and at the Academie Julian in Paris, where he created bronze statues of urban labourers. Although he spent most of his life in New York, he always considered himself a “child of the West” and his last major statue was a tribute to his grandfather Brigham Young, the Mormon leader and coloniser of Utah. 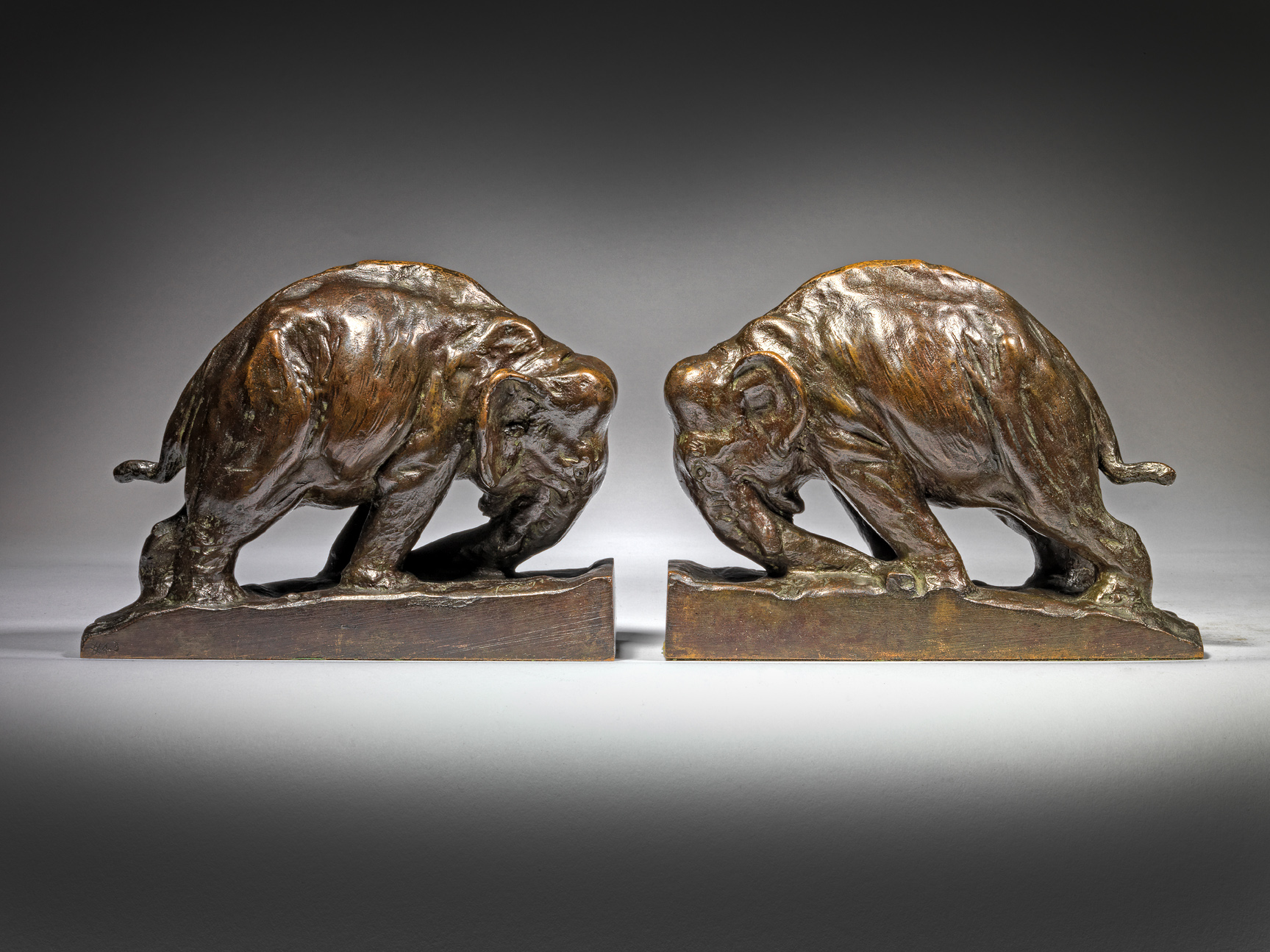