Joseph Csaky was born in Hungary in 1888. A champion of “Cubisme historique”, he studied at the School of Decorative Arts in Budapest before moving to Paris in 1908. He greatly admired Auguste Rodin who encouraged his first attempts, notably a self-portrait which he used as a basis for his sculptural development up until 1914, subjecting it to the rules of a deliberately provocative analytical cubism.

At the end of the war he was contracted to Léonce Rosenberg, director of the Galerie de l’Effort Moderne in Paris and participated in their exhibition “Les Maîtres du Cubisme” in the early years of the 1920s, alongside Picasso, Juan Gris, Fernand Léger and the sculptor Henri Laurens. His sculptural vocabulary gradually became more subdued and around 1923 he abandoned the prismatic surfaces that had characterised his sculpture since 1919 in favour of Egyptian style bas-reliefs.  As a result 1924 saw the termination of his exclusive contract with Léonce Rosenberg, who had stipulated only Cubist pieces.

His first Animalier piece appeared in 1923 in the form of a banister handle with the body of a lioness made for the couturier Jacques Doucet.  He soon became comfortable with this Animalier subject matter producing a hieratic ‘Head of a Lioness’ in 1923, which, with its simplified geometric masses remains a relevant and powerful example of cubist sculpture. The decorator, Marcel Coard, subsequently became his dealer, for whom he did the following pieces: Eagle in black granite (1924), Eagle in bronze (1924), Pigeon in pink granite (1924). He produced a series of other Animalier pieces: cockerels, kids, fish, stag, bird, peacock, bull and parrot, all treated in a stylised fashion until in 1928 he abandoned this kind of subject matter concentrating on figures of young women. His increasingly realistic treatment of form led him to favour fluidity and movement although a degree of abstraction began to appear after 1950. Csaky died in Paris in 1971. 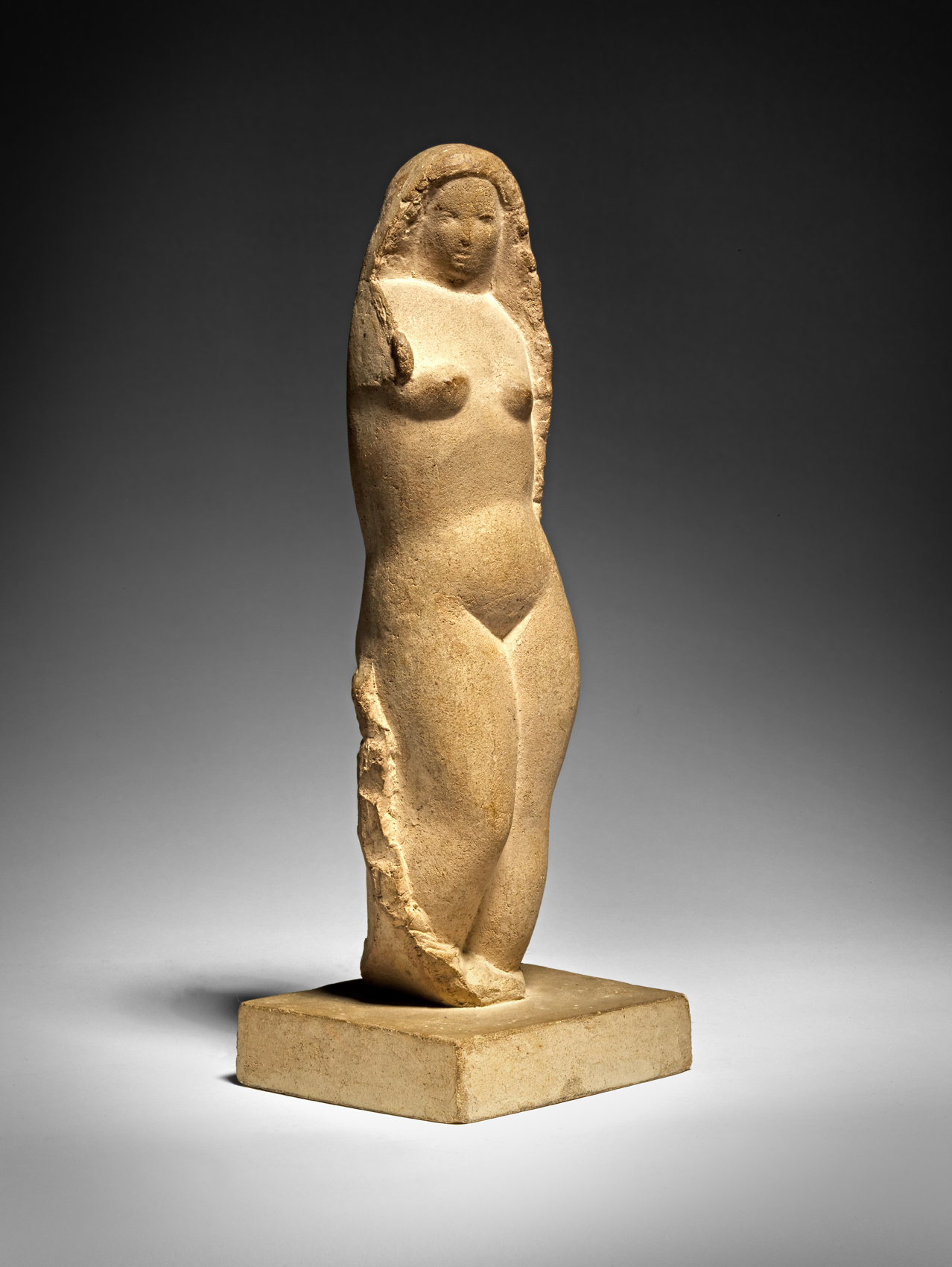 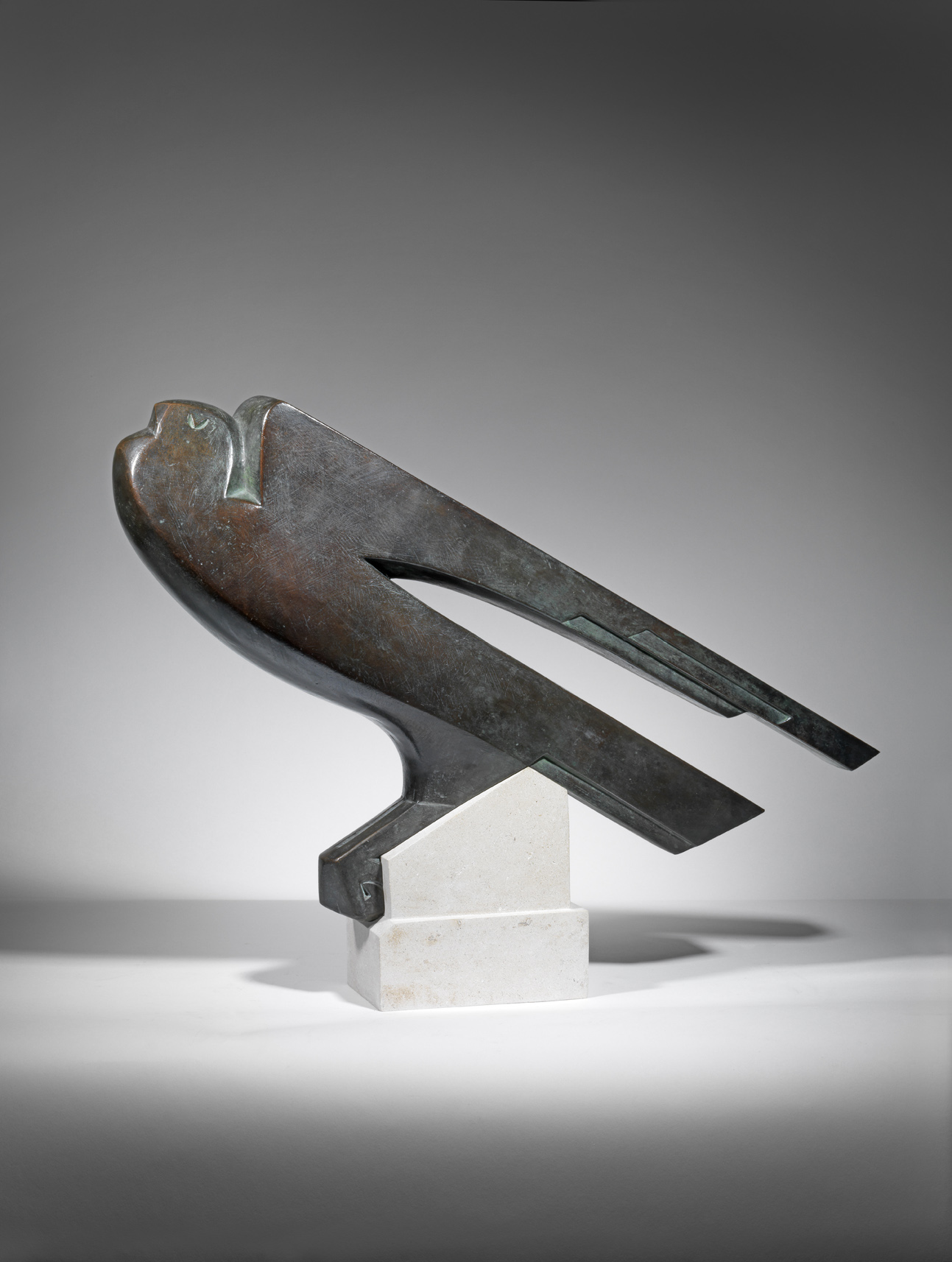 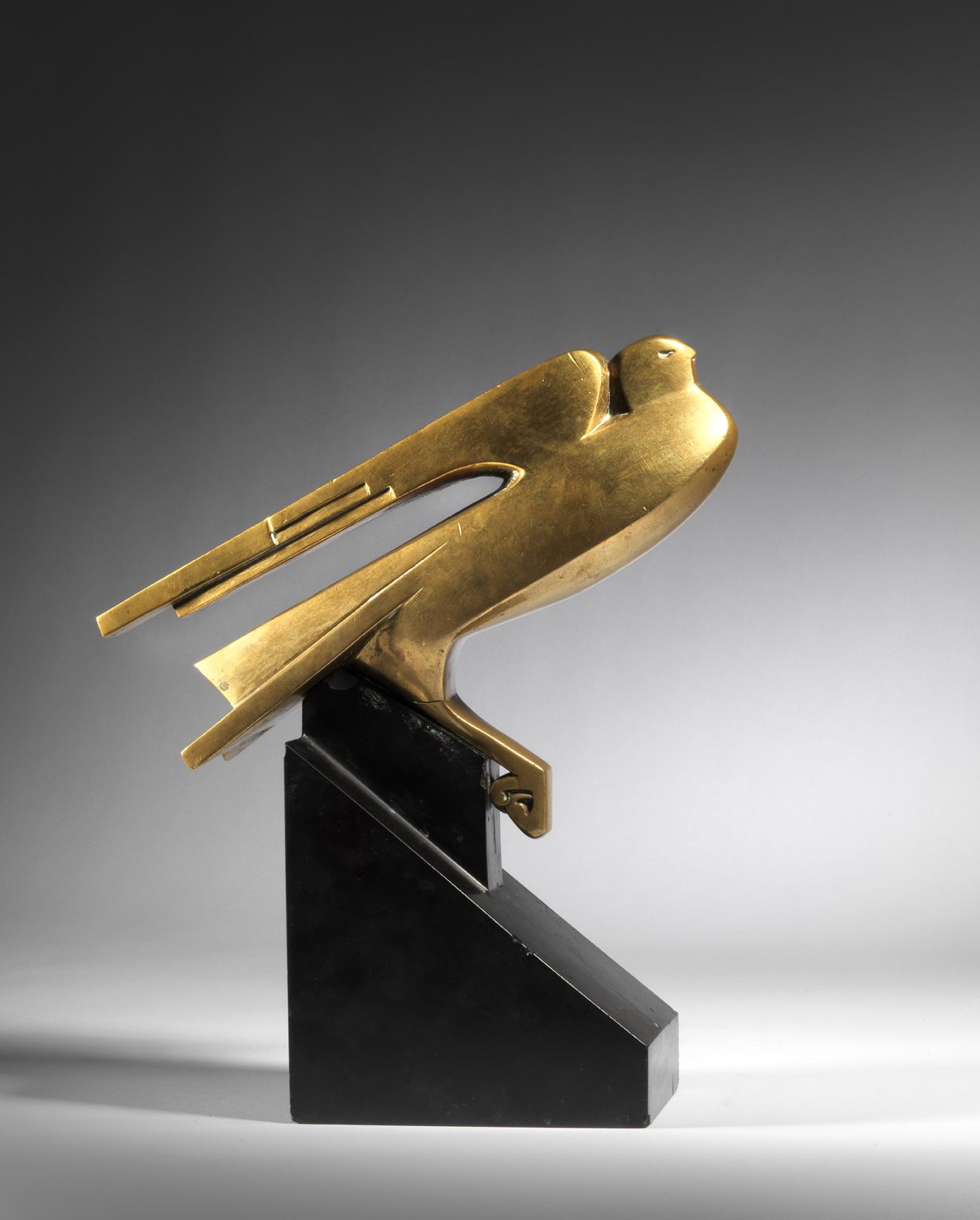