Jeanne Piffard was born in Paris on 29 November 1892. Her father was an engineer with military connections. She attended the Académie Julian, the Académie de la Grande Chaumière briefly, and the local authority courses given by the animal sculptor Édouard Navellier. During her time studying she met the sculptors André Abbal and Mateo Hernández, both of whom greatly encouraged her vocation. Her preference for direct carving soon asserted itself, and as well as applying polychromy to these stone pieces she also lacquered them. She gave her bronzes, which were fewer in number, to modest but talented lost-wax founders such as Carvillani. She took part in the first Salon des Animaliers in 1913 with ‘Horses at play’, which received a great deal of praise, and ‘Young donkey’, and from then on she exhibited there regularly. In the same year she also exhibited at the Salon des Peintres Orientalistes with two plasters, Zébu de Madagascar and Chevreaux de Malte. She also exhibited at the Salon des Artistes Français in 1924 (although she did not stay for long), the Salon d’Automne (from 1928), the Salon des Artistes Décorateurs and the Salon des Tuileries, and in 1931 she joined the Société Nationale des Beaux-Arts, later becoming its secretary.

The Sèvres factory contacted her in 1933 regarding one of her pieces, a polychrome stone horse group, which had been acquired by the state for the Musée du Luxembourg: at the time, the museum was reserved for living artists with official recognition. In the event the factory produced a ceramic edition of only a Cheval sauvage between 1934 and 1942, but it also marketed several original pieces in 1938: Antilope, Cheval couché and Cheval marin, for example. Piffard won a Premier Grand Prix at the Exposition Internationale of 1937 for a polychrome Porte d’honneur for the Centre Rural, in collaboration with Jean Durand. She was represented in the ‘Artistes de ce temps’ exhibition at the Petit Palais in 1938. She also exhibited abroad, in 1938 at the Exposition d’Art Français in Cairo, and in 1940 at the Venice Biennale. Shortly before the end of the Second World War, her design for the monumental Faune au miroir d’eau was approved by the French state for the commune of La Garenne Colombe in the Paris suburbs, but the order was cancelled for ‘political reasons’ following the liberation of France by the Allies.

This disappointment, coupled with a painful bereavement, marked a crisis for her, and she withdrew for some years from artistic life. When she reappeared at the end of the 1950s, her art had undergone a radical change of direction: she had broken with the portrayal of animals – more or less her sole area of activity before the war – and had turned towards religious art, giving it a new perspective with the use of different metals (including lead, corrugated iron and brass) that were broken, embossed, hammered, folded and soldered in a spirit of radical synthesis. The high point of her later career was an exhibition in 1964 in a Paris gallery sponsored by Louis Hautecoeur. She died in Paris on 6 April 1971. Her work is well represented in public collections, especially the Musée National d’Art Moderne, the Petit Palais and the Musée d’Art Moderne de la Ville de Paris. 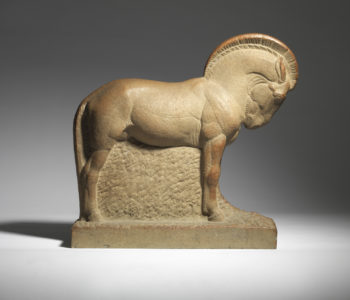 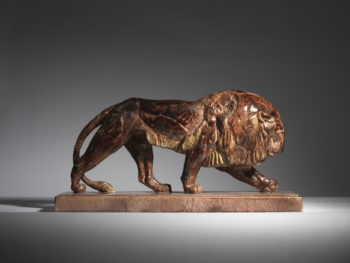 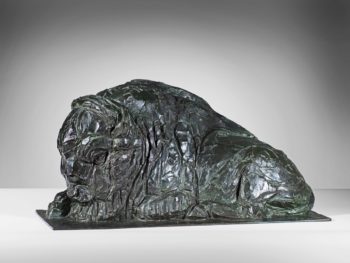 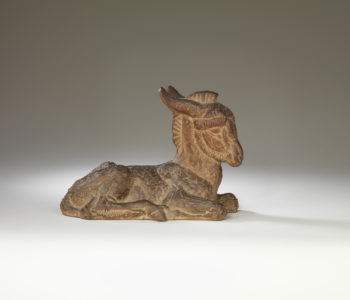