Jean Baptiste Clesinger was born on 20 October 1814 at Besancon. He received his artistic training from his father, a sculptor in the academic tradition, but also from Bertel Thorvaldsen and the architect Gaspare Salvi. In 1839 he studied for a short time under David D’Angers before travelling within Europe. In 1843, Clesinger made his debut at the Salon with a marble statue of the Vicomte Jules de Valdahon, subsequently specialising in portrait busts and equestrian statues on a grand scale.

Clesinger’s exquisite marble works were later reduced to a smaller scale to be cast in bronze by Barbedienne or Susse. Such examples include his Young Fawn (1846), Roman Bull (1859) and Combat of Roman Bulls (1864). In 1868 and 1870 he organised public auctions of his own work, taking ownership of his own artistic success. Clesinger was without doubt an instinctive, sensual sculptor and an outstanding craftsman admired by many, including the poet and critic Charles Baudelaire. He died on 5 January 1883 aged 68. 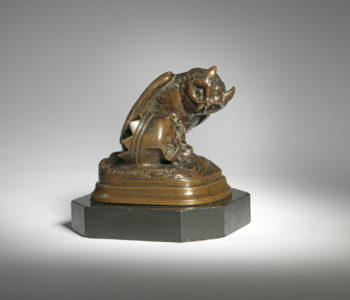 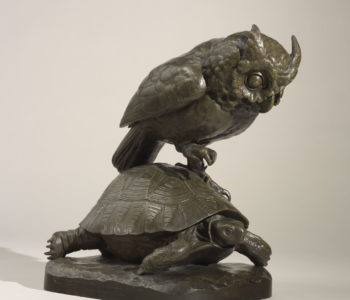