Georges Malissard (Anzin, 1877-Neuilly sur Seine, 1942), is a renowned French sculptor known chiefly for his equestrian portraits. He was born into an established family of industrialists near Valenciennes. There is no documentation about the sculptor’s artistic education however, unlike what the writer Emile Langlade suggested in Artistes de mon temps (Paris, 1929), Malissard could not have been a complete autodidact. He must have received some form of private tutoring, and contemporary sources state that he was encouraged by the animalier Emmanuel Frémiet. In 1908, Malissard exhibited for the first time at the Salon des Artistes Francais, and received his first commission to sculpt two of Kaiser Wilhelm II’s thoroughbreds in Berlin. He then moved to Paris, and after briefly sharing a studio with the sculptor Charles Marie Vicomte du Passage, he settled in his atelier rue Pergolèse and Valsuani became his preferred foundry. With the exception of the First World War period, when Malissard served in the 5th Regiment of the Cuirassiers of Cambrai, the sculptor regularly exhibited his works at Salons. Notable examples include the Salon des Artistes Français- where he received an Honorable Mention in 1919, the Salon de la Société

Hippique at the Grand Palais and the Horse Show in London-where he was awarded the first prize in 1913. He also exhibited at the Universal Exhibition in Brussels (1910) and the Royal Academy, London’s 1930 Summer Exhibition. These platforms launched him on the international art scene so that from 1918 onwards he mostly worked to commission.

Malissard was highly connected in the horse-riding milieu. He was a regular guest at hunting parties, and rode every morning at the renowned Howlett’s stables in Neuilly. Despite being commissioned by the French government to sculpt prize-winning animals from the Salon de l’Agriculture, the artist’s main interest and focus were the portraits of famous racehorses. Commissions included the portrayals of Nuage (1910, Winner of the Grand Prix de Paris); Jerry M (1912, Winner of the Grand National); Guet du Nid (1919); Kircubin (1922,Winner of the Prix du Président de la République); Epinard (1923, Winner of twelve races); Massine (1924, Winner of Prix de l’Arc de Triomphe and the Ascot Gold Cup); Biribi (1926 Winner of the Prix de l’Arc de Triomphe) and Vol au vent (1933, Winner of the High Jump at Concours Hippique in the Grand Palais).

Additionally, Malissard was a coveted sculptor by some of the most important figures of the era. Monarchs such as George V, Alfonso XIII, the Belgian royal family and the Queen of Romania posed for him. Industrialists like the perfumer Guerlain, the chocolatier Menier as well as socialites such as the Duchesse d’Uzès, the Duchesse de Castries and Béatrice de Camondo sat for him. However, what brought him to fame, were the equestrian portraits of key Allied military leaders he was commissioned to do after World War I. He sculpted Marshals Foch, Haig, Pershing, Pétain, Lyautey, Franchet d’Esperey, Gallineni, Fayolle, Joffre on horseback as well as the Generals Weygand and Gouraud. The peak of his career came in the late 1920s, when he was invited, on two occasions, to design the Foch Memorials in Cassel (1928) and London (1930). After this, he was referred to as a ‘statuaire’, the most honorific title for a sculptor in the Third Republic. He also participated in other important sculptural competitions. He came second in the competition for a monument to General Botha in Cape Town (1931), was a finalist in the Art Competition at the Los Angeles Olympic Games (1932) and came second for the Marshal Lyautey Memorial in Casablanca (1937). In addition, he competed for the Haig monument in Montreuil sur Mer (1931), the Haig memorial in London (1928-1937) and the Foch monument in Paris.

Struggling to find commissions during World War II, Malissard briefly became an art dealer. Upon his sudden death in 1942, the artist had sculpted over two hundred subjects. These were predominantly of horses and their riders, but also included sculptures of elephants, lynx, dogs, donkeys and deer. His work had earned him the titles of Officier de l’Academie (1912), Officier de l’Instruction Publique (1926) and Chevalier de la Légion d’Honneur (1933). In Britain, Malissard’s work can still be found in the collections of the Imperial War Museum, the Cavalry Club and the Royal Collection. In France, a number of museums house his sculptures, such as the Musée de l’Armée; Musée de la Chasse; Musée Nissim de Camondo; Musée des Années Trente (all in Paris); Musée du Cheval de Course (Maison Laffite); Musée de la Vénerie (Senlis); Musée du Trot (Grosbois) and the Musée des Beaux-Arts de Valenciennes. 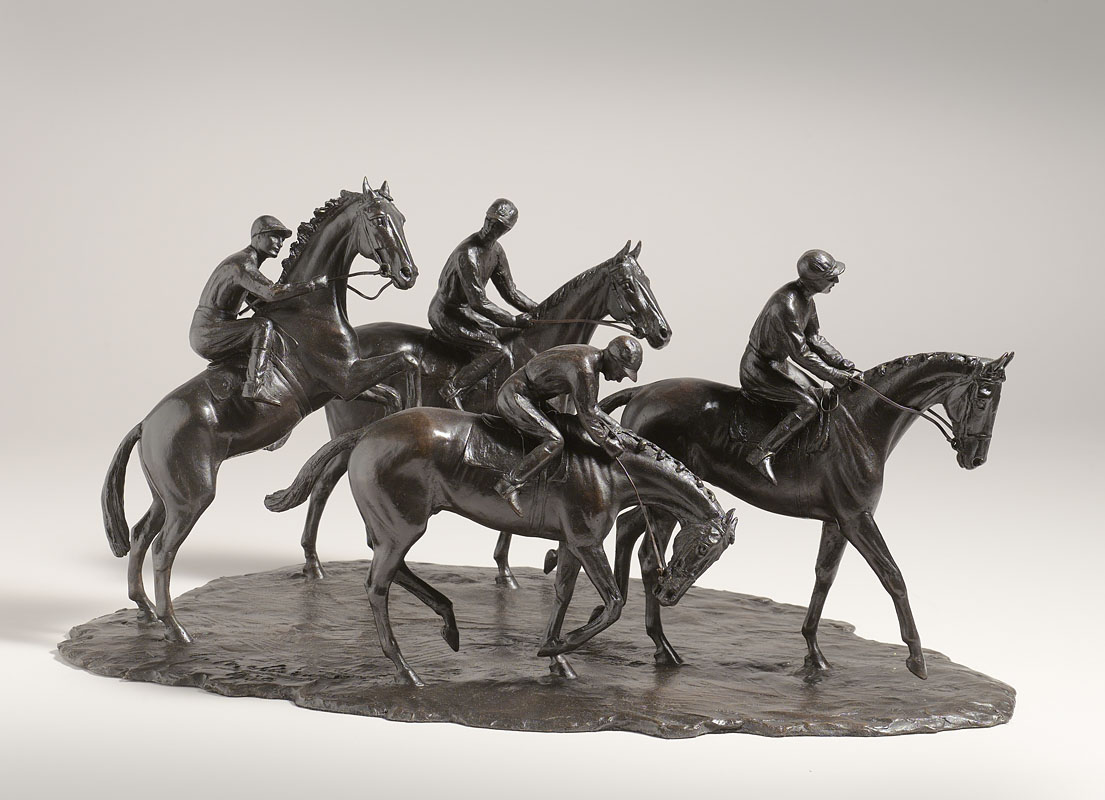 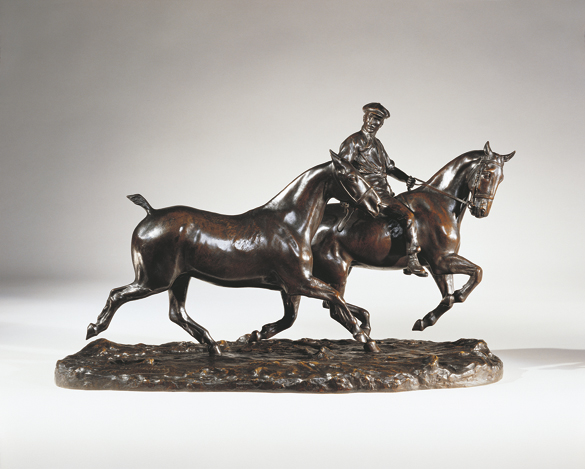 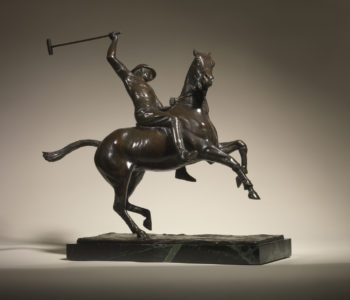 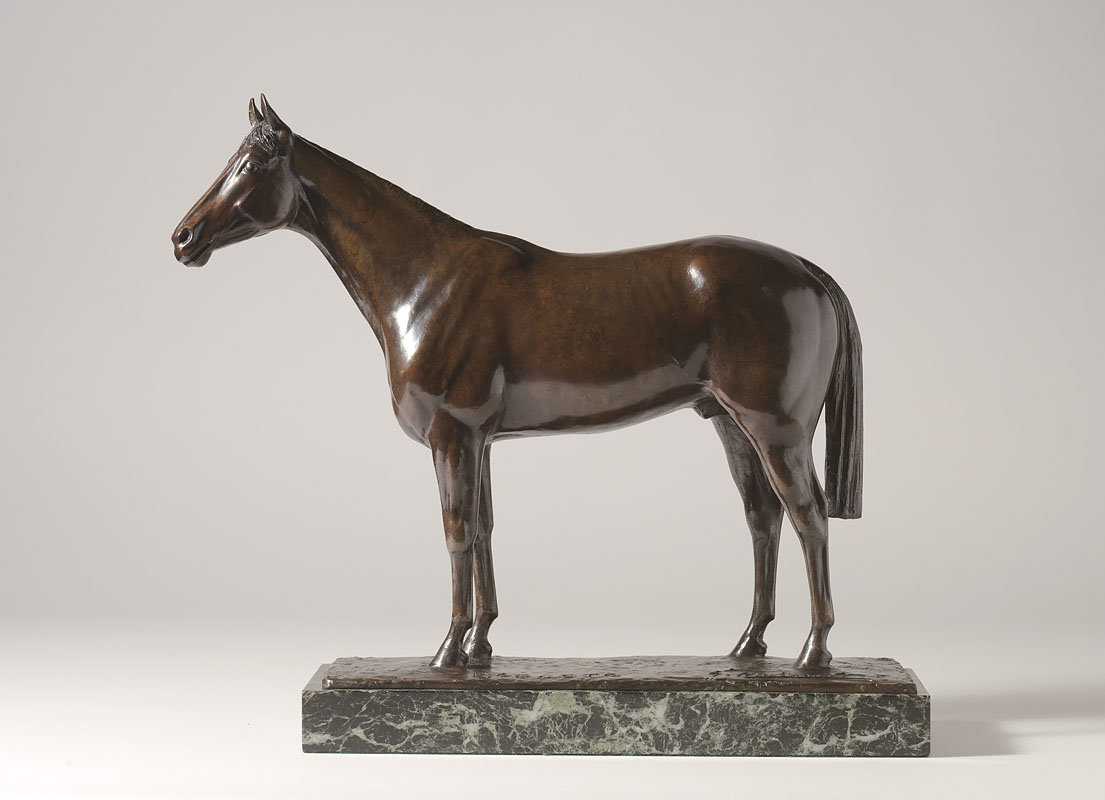