Edouard Navellier came from a background of artisans in Paris. His father, Narcisse was a respected wood carver in Montparnasse. His great-uncle was the sculptor Jouffroy.

At the age of five Edouard suffered a broken leg while playing in the fortifications during the siege of Paris. This injury took years to heal and in the meantime he turned into a solitary and inactive child, one of whose few pleasures was to be taken to the Jardin des Plantes to see the animals. In keeping with the tradition of Parisian artisan life, Edouard and his seven brothers and sisters were put to work very young in their father’s atelier, where they received a thorough grounding, characterised by strict accuracy and meticulous skill.  Like many apprentices in Paris, Edouard attended the evening classes in drawing provided by the Ville de Paris with the intention of raising the standard of the workforce in art crafts. He was first attracted to landscape painting and took the classes of the painter Auguste Truphème (1836-1898). Uncertain of his direction, he next joined the atelier of Jean-Paul Laurens (1838-1921) whom he later gave in 1913 a proof of his Rhinoceros des Indes, inscribed with a personal dedication. He then went to Benjamin Constant’s (1845-1902) atelier, and finally branched off towards sculpture to which his talent proved best suited. He had always been a conscientious student and so, in keeping with the current of naturalism and realism that characterised Animalier art at the time, he took a course in anatomy at the faculty of medicine as well as zoology lessons under Alphonse Milne-Edwards (1835-1900) at the Museum. Finally, in 1895, when he was about thirty years old, his career was launched with an exhibit, Old Listening Stag at the Salon des Artistes Français. The piece was immediately bought by the state and encouraged by this success, he left his father’s atelier. The following year he won a medal of honour and in 1897 Dufilhol produced an edition of his Rutting Stag. His Cerf from the 1895 Salon was also edited by Colin et Cie. Les Artistes Français awarded him a bronze medal in 1900 and in 1903 he began exhibiting at the Salon d’Automne. From 1904 to 1940, he was employed by the Ville de Paris to give courses in sculpture. From then on his atelier became the centre of a municipal  « École d’art Animalier ». Amongst his students were Charles Artus, Jeanne Piffard, and numerous young Americans who made up the majority of Animalier artists when they went back home. He exhibited regularly in Great Britain, for some reason, especially in Glasgow. Until he died he kept his own private menagerie of hens, donkeys and even sheep. He also had a collection of animal skeletons, which his students were allowed to use.

It goes almost without saying that he took part in the Salon des Animaliers from its creation in 1913. He was forced to leave Paris for the duration of the First World War. In 1915 he exhibited at the Albright Art Gallery. On his return to France in 1918, he moved into a former convent in Paris where he spent the rest of his life. He returned to teaching and his classes remained as popular as ever.

He no longer exhibited at the Salon des Artistes Français after 1928. He died on the 30th August 1944 in Laroche-Migennes, in the department of the Yonne, where he had taken refuge from the hostilities in 1940. In 1945 the Salon d’Automne mounted a retrospective of his work.

His favourite subjects were large wild animals, capable of swift movement, such as elephants, rhinoceroses, buffalo and camels, portrayed in natural situations, often in combat.  These exotic animals were very much in vogue and the Jardin des Plantes was a popular attraction for the inhabitants of Paris and Navellier even went to Antwerp Zoo to observe the animals there. He was also attracted to them for the opportunity they provided him to treat the volume of large dynamic masses  (his animals were often caught in motion) and at the same time to tackle the subtlety of their wrinkled, scaly and folded skin. However in the period between the wars this realist strain of his evolved into more schematic forms with almost cubist overtones. This development began with a more economical reconstitution of reality, always meticulously observed and dissected, and evolved into a synthetic simplification. He thus embodies a conscientious and talented link between the analytical realism of the end of the 19th century and the simplification introduced by Pompon that characterised modernism between the wars.

Navellier remains a significant Animalier whose bronzes are especially well finished: his early training as a meticulous and skilled artisan led him to exercise a thorough control over his proofs, to the extent that he preferred to do the chasing and patinating himself which makes them rarer on the market. He often inscribed a detail   on the interior of his bronzes, such as: « ciselé et patiné par moi » although the founder’s name rarely appears. (However it is known that he used Claude Valsuani amongst others). He is also remembered as a much appreciated teacher, technically very competent and open to modernity, who contributed a great deal to the formation of a generation of Animalier sculptors working world wide in the 1920s and 30s. 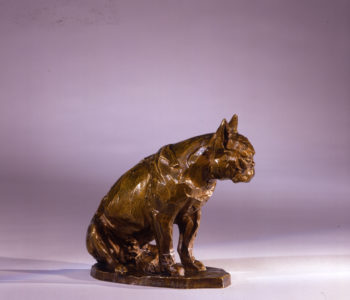 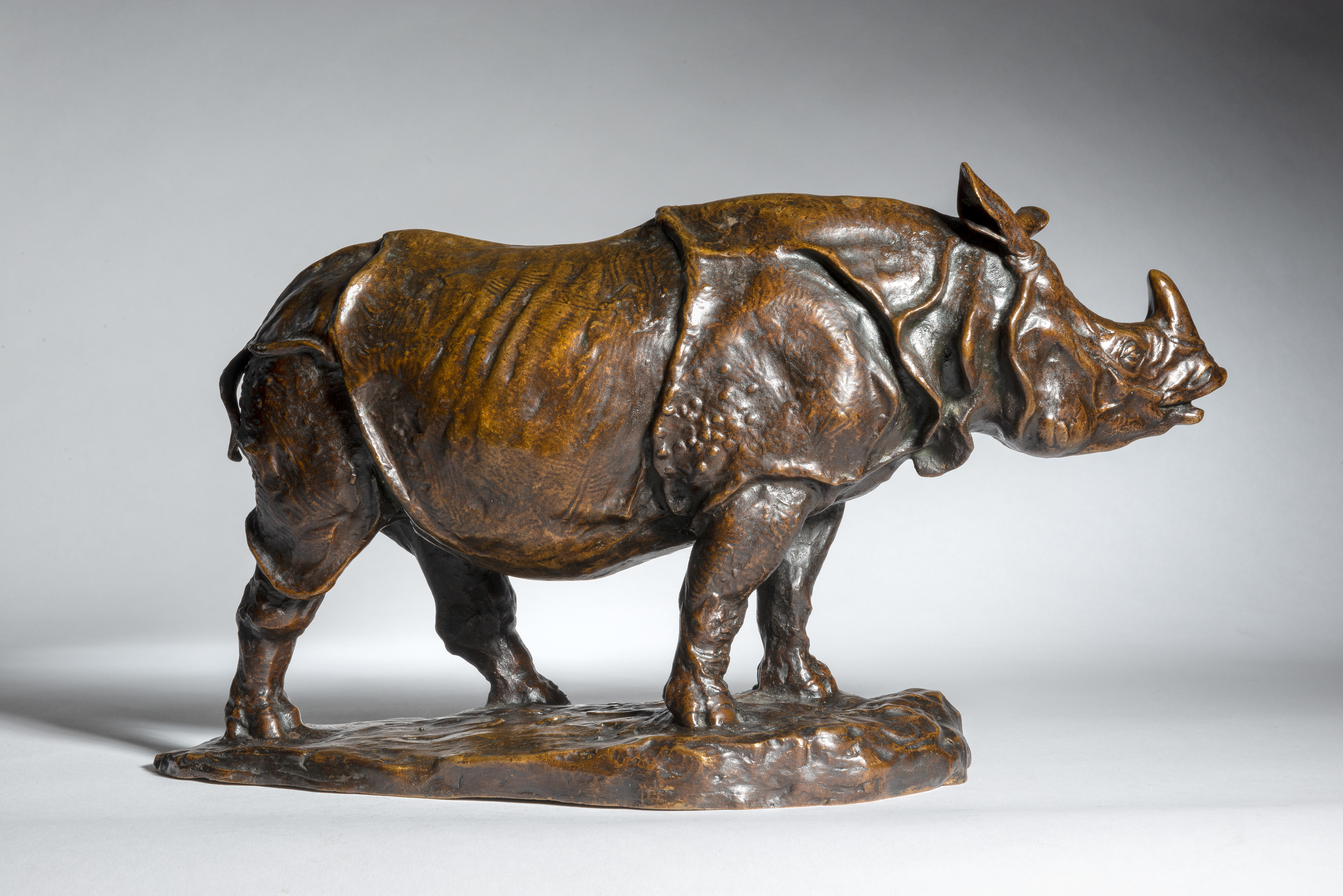