Despite his enjoying a successful career and leaving behind a respected body of work, very few biographical details are available on Becquerel.

He was born and grew up in a village in the north of France where his father was the local primary school teacher. He attended the École des Beaux-arts in Paris as a pupil in the ateliers of Hector Lemaître and the Animalier sculptor Prosper Lecourtier. He later worked with another animalier, Charles Valton, who had studied under both Barye and Fremiet. Becquerel began exhibiting at the Salon des Artistes Français in 1914, and continued to do so for the rest of his career. At the 1937 Exposition Internationale he exhibited a monumental patinated plaster, Jeune fille aux colombes for the international pavilion in the Champ de mars. In the 1940’s he exhibited at the ‘Salon de la Société des Beaux-arts de la France d’Outre-mer’. The ‘Artistes Français’ awarded him a bronze medal in 1944 and a gold medal in 1945. In 1952 he won the Prix de l’Yser, which made him hors concours, unable to compete subsequently.

His favourite subject matter was cats that he often captured frozen in movement – stalking or tearing at a tree stump. He modelled deer and wild boar at full stretch and some very original and decorative fish leaping from the water, caught in mid air. He also sculpted a series of small birds perched on branches, sometimes alone but more often in groups of two, three or four. These bronzes were generally patinated in a highly decorative, polychrome manner, often with gilding. They were mainly cast by the Susse foundry, using the lost wax process. Becquerel sold several proofs accompanied by a certificate stating that they had been ‘chased by the artist’. These probably formed part of his initiative to edit his own pieces in the period between the wars. Becquerel also worked in ceramic and carved in both ivory and marble. He had great success with some small chryselephantine figures, decorated with a mixture of bronze, ivory and onyx. These were produced by Etling, including Vénitienne au lévrier and Fillette à la poupée jouant avec un chien. Etling also edited some decorative items, including several pairs of bookends. Further decorative models stamped « L.N. Paris J.L. » were edited by Jules Lehmann. Marcel Guillemard also edited some little dishes. Becquerel produced little work after the 1950s, dying in Paris in 1981. 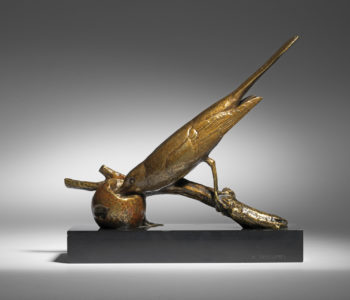 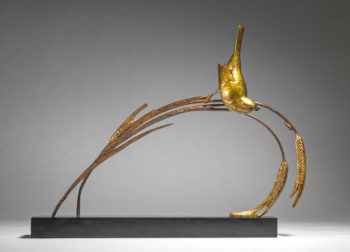 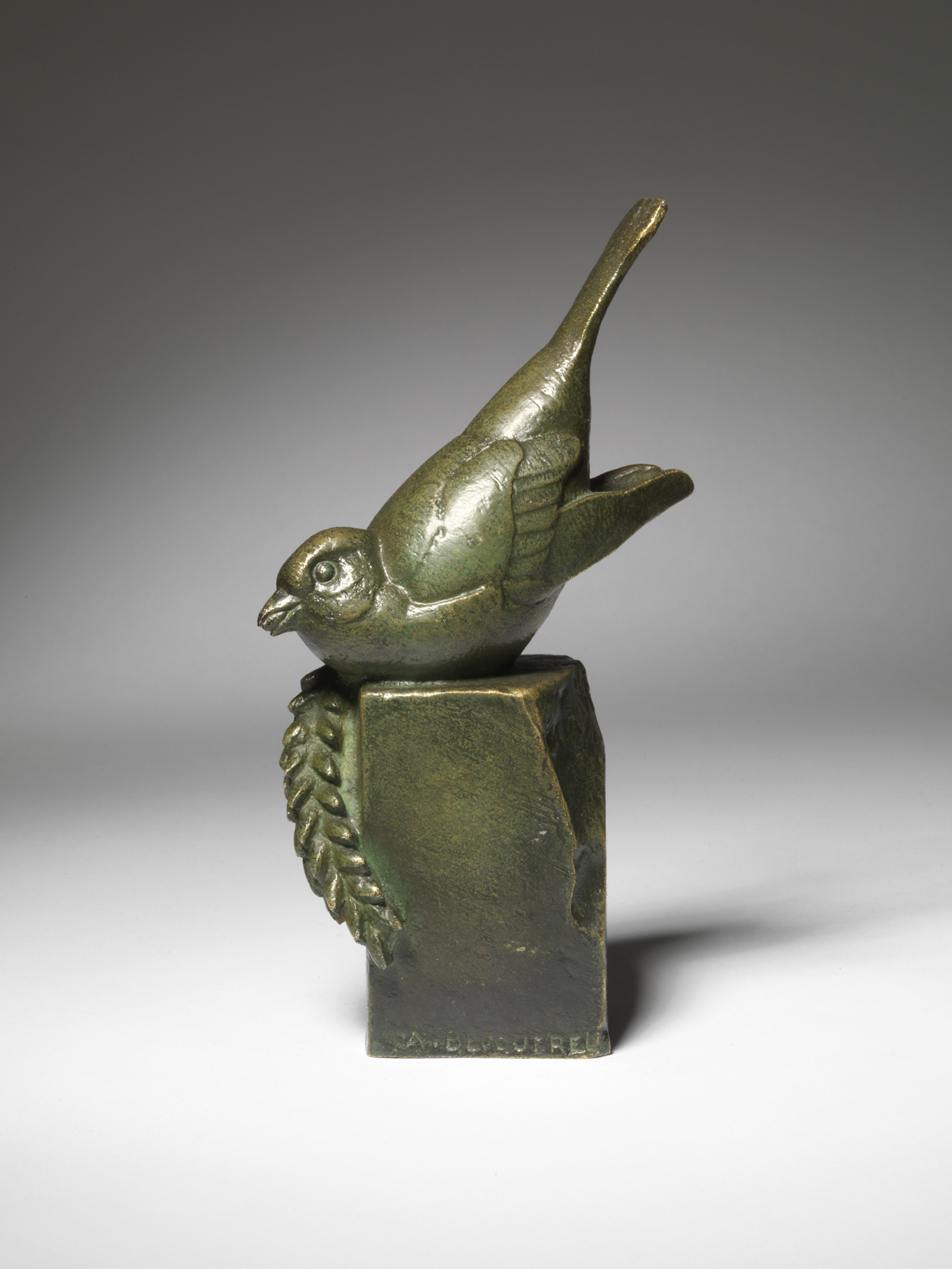 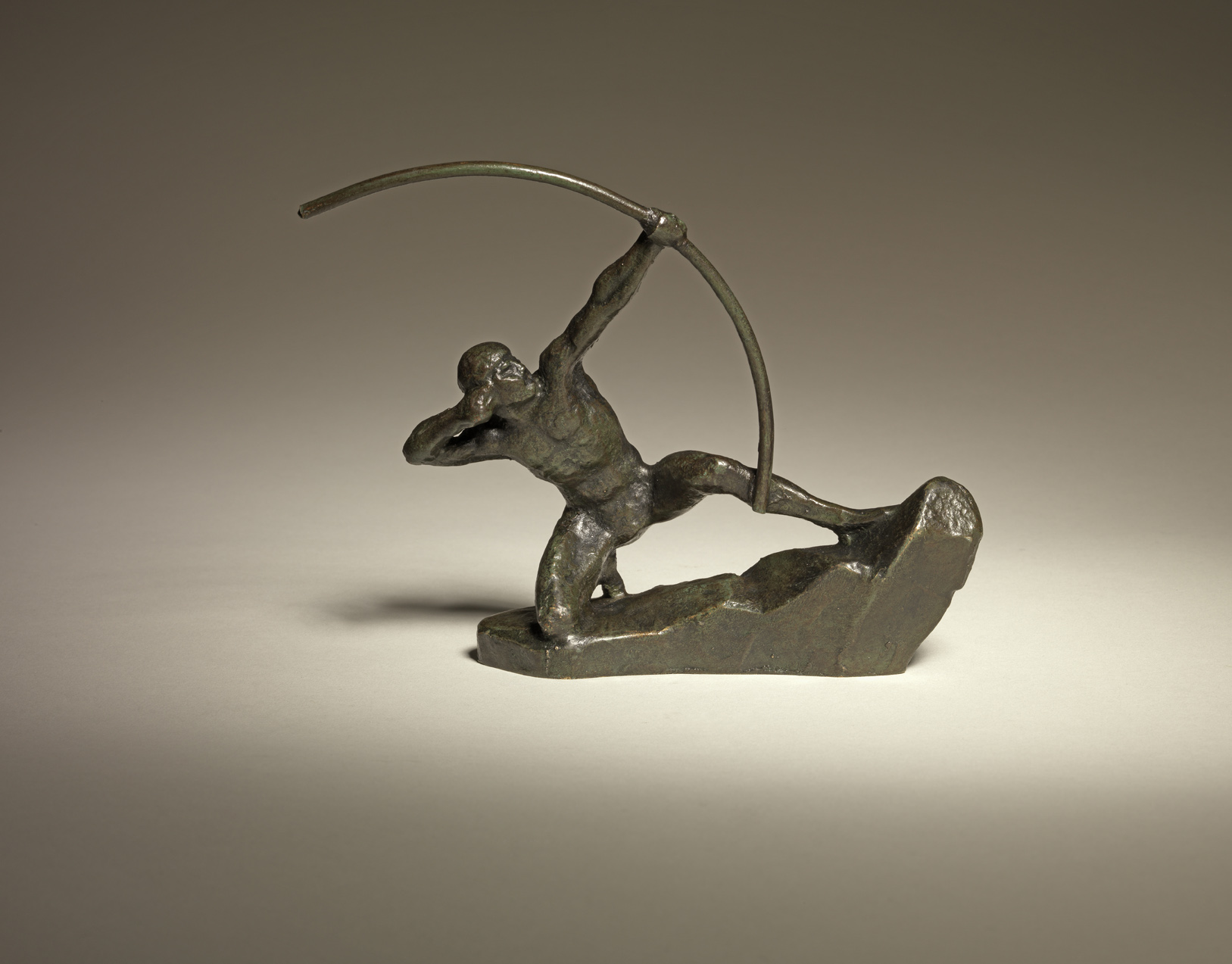 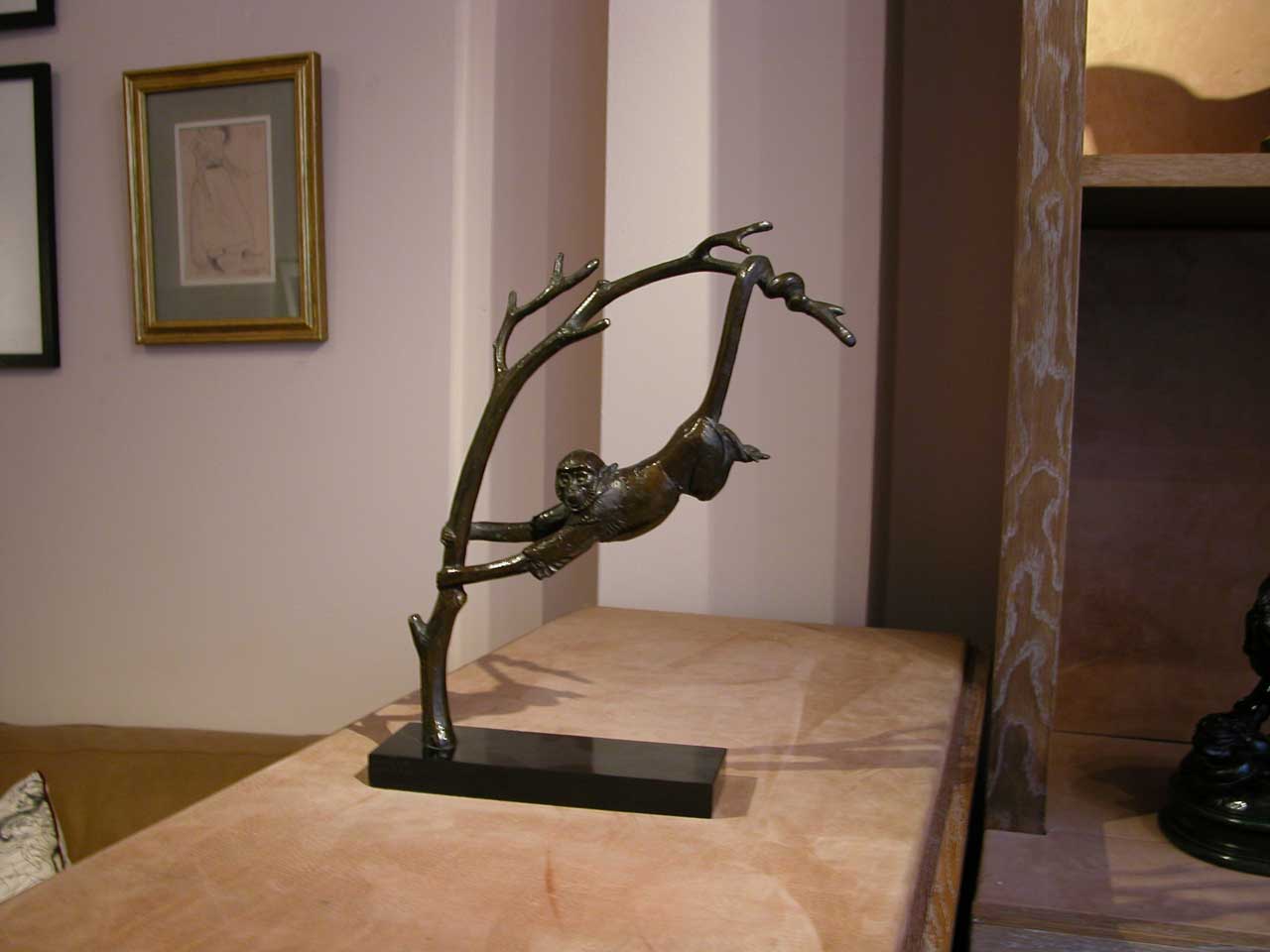 Monkey Hanging from a Tree 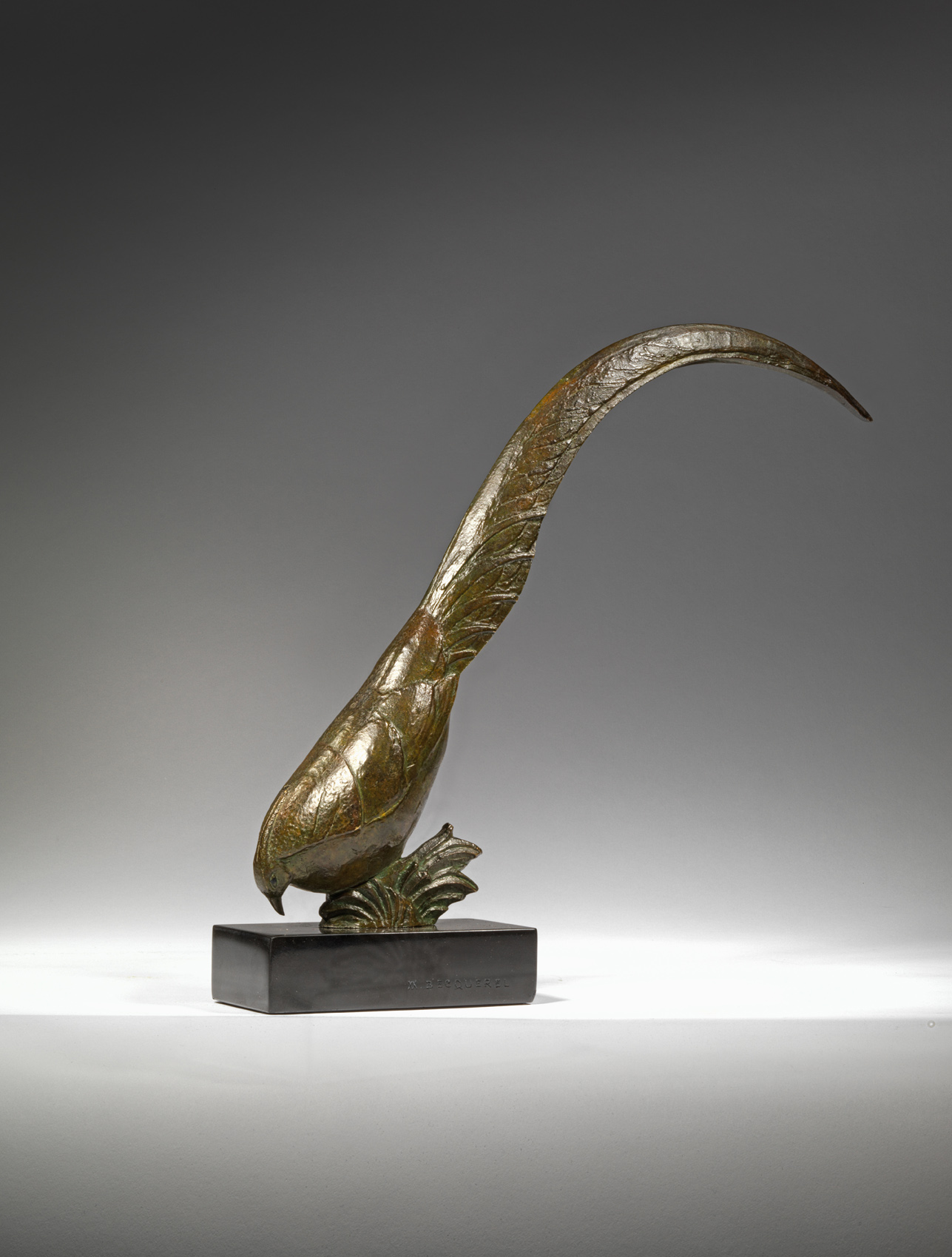 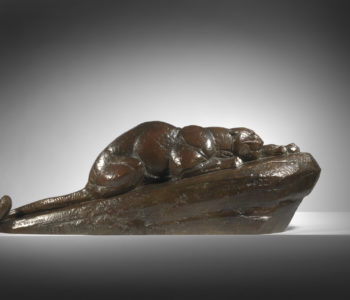 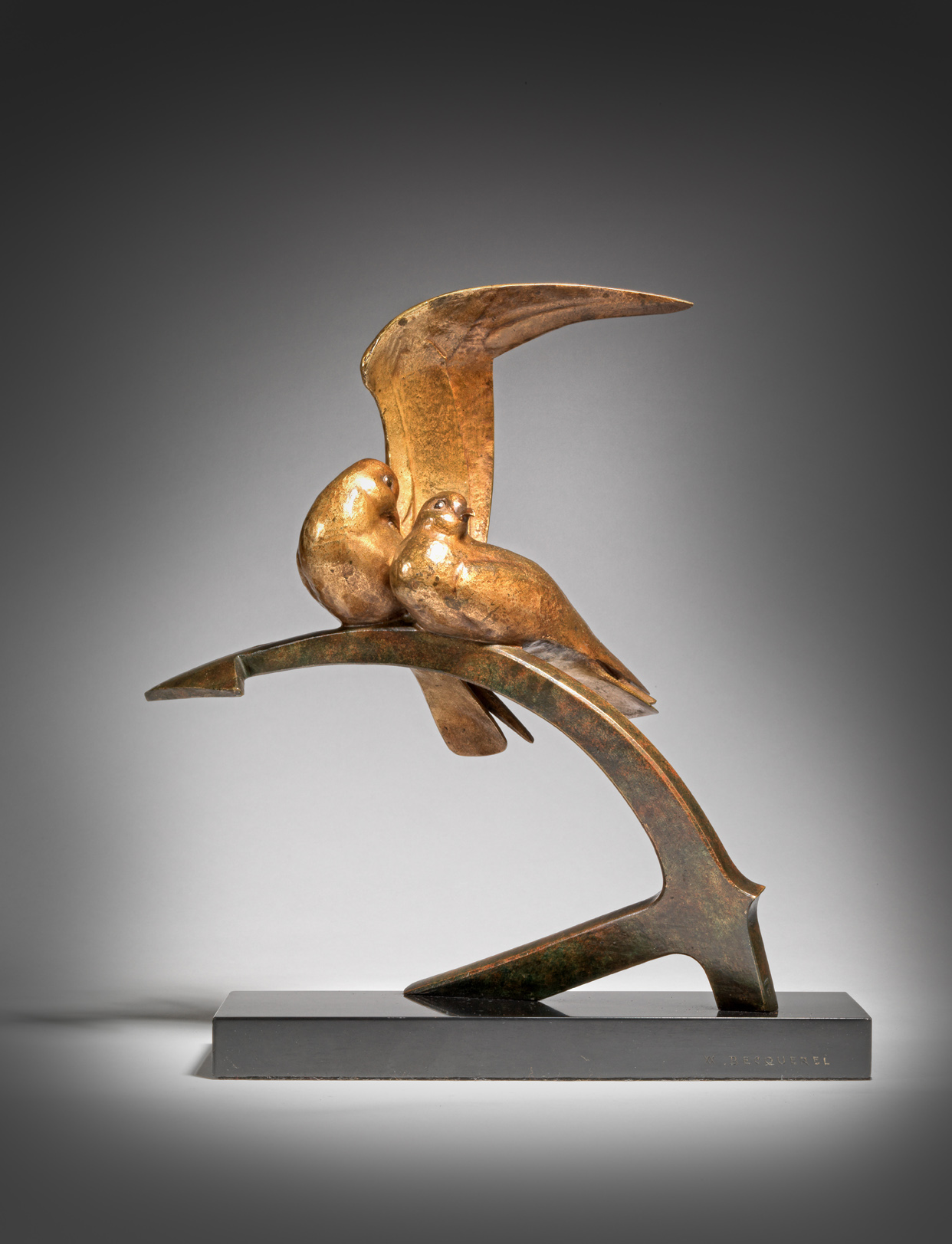