Little is known of the career of Walter Roche, a sculptor active in London at the end of the nineteenth century. He created sporting bronzes of startling quality, before his move to Norfolk when he ceased to exhibit, but conceivably contributed to the tradition of equestrian art in East Anglia that would later produce Munnings.

The son of a clergyman (William, born London, 1808), although born in Versailles, France Walter Roche was a British subject. Between 1871 and 1901 he worked in the office of the Secretary of the Post Office. He began exhibiting his sculpture from 1878 at The Royal Academy Summer Show. Over the following ten years about twenty three works of a mainly sporting or animal theme were included there. He also exhibited at The Yorkshire Fine Art Society Autumn Exhibition in 1880 and the Walker Art Gallery, Liverpool in 1884. His bronzes are often cast by the Coalbrookdale Foundry and are particularly fine quality.

He shared a studio with his brother Mark and William Frederick Spencer both of whom were also sculptors. He retired to The Grange, Tasburgh, Norwich in the early 1900’s. 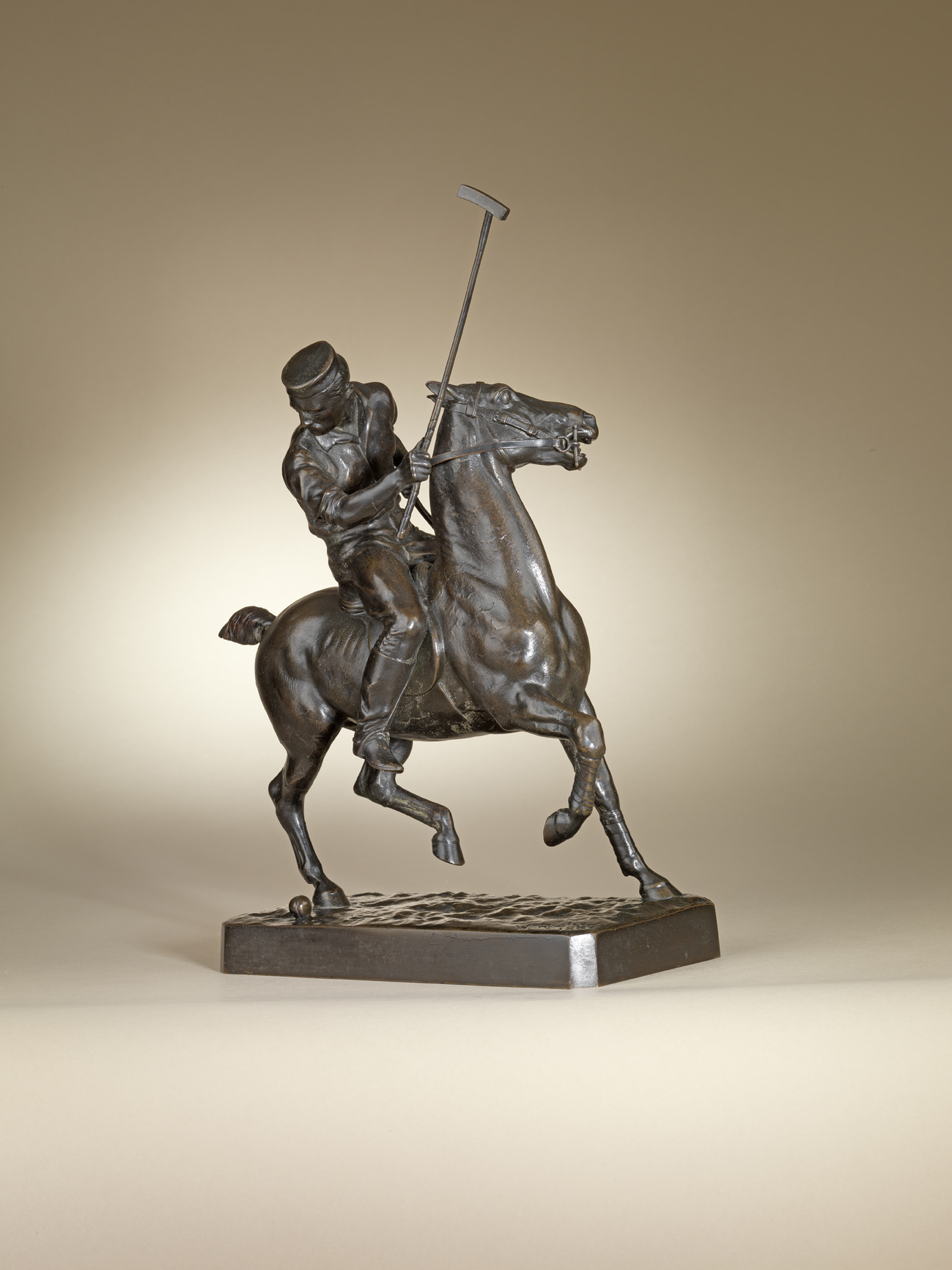