Although more widely known as an Animalier painter, Paul Jouve produced numerous realistic sculptures of exceptional anatomical accuracy. Both his paintings and sculpture were realistic depictions of the subject matter he found in the zoo. He studied at the Ecole des beaux arts and although it was first pictures at the 1894 salon he first came to the attention of the art world on account for the Animalier frieze he did    for the architect, Binet on the monumental entrance to the Exposition universelle of 1900, Paris on which lions, bighorn sheep, bears, bulls and tigers process along the entablature of the arches. He took up sculpture in the round principally felines which fascinated him and monkeys which amused him. Both were executed with controlled a realism which set them apart from the slavishly figurative representations fashionable at the time. He produced many different species of animals mainly in bronze, although some also in stone. These included a Recumbent Lion, Panther Lying in Wait, Longhorn Sheep Lying Down, Tiger, Bear, Cockerel, Condor, Canal Horse and Python that were done e by Emile Muller and La porcelaine de Paris. A large Head of a Bull surmounts the basin of the fountain in the Trocadéro Gardens and a group of a Lion and Longhorn Sheep was erected outside the Feline House in the Jardin des Plantes on the banks of the Seine. His work is highly original work and remains relevant in its power of expression. It illustrates a traditional image of Animalier sculpture transformed by more stylised rules into a more contemporary vision of sculpture. 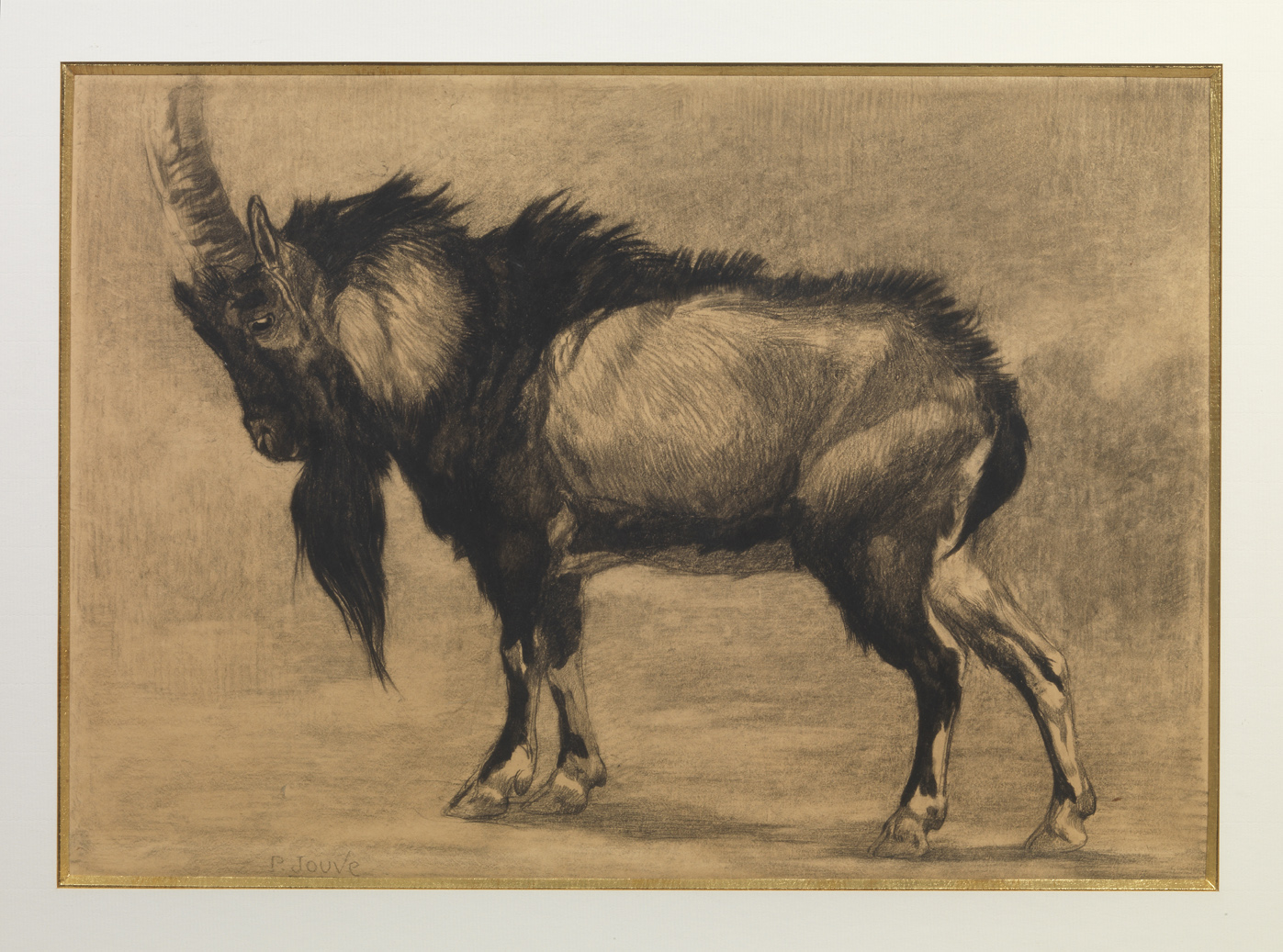 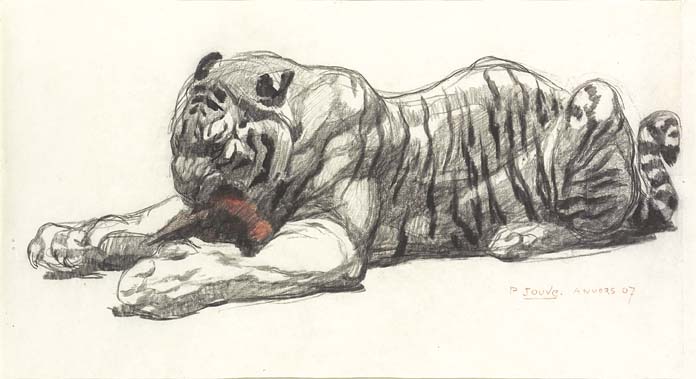 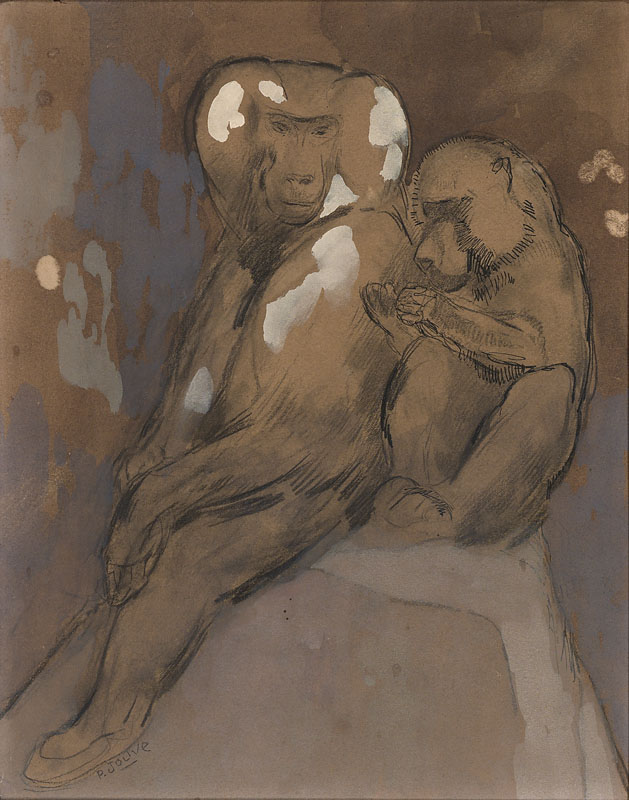