Laura Gardin Fraser was born near Chicago, Illinois. She was encouraged in art by her mother and was prolific from her earliest days, modelling many animal sculptures. She studied at the Art Students League, New York between 1910 and 1913 under James Earl Fraser whom she married in 1913. They worked side by side in a studio that they built in their home in Westport, Connecticut.

Gardin Fraser’s career in sculpture began with creating medals, coins, fountains and animals for which she is well known. She was the first woman to design a coin for the US Treasury and was commissioned to do several monuments, including the double equestrian statue of Robert E Lee and Stonewall Jackson in Wyman Park, Baltimore, Maryland, the three relief panels at the entrance to the library at West Point Academy, and a white granite figure of Pegasus at Brook Green Gardens, South Carolina.

Gardin Fraser won many honours during her lifetime and was a member of the National Sculpture Society and The National Academy of Design. 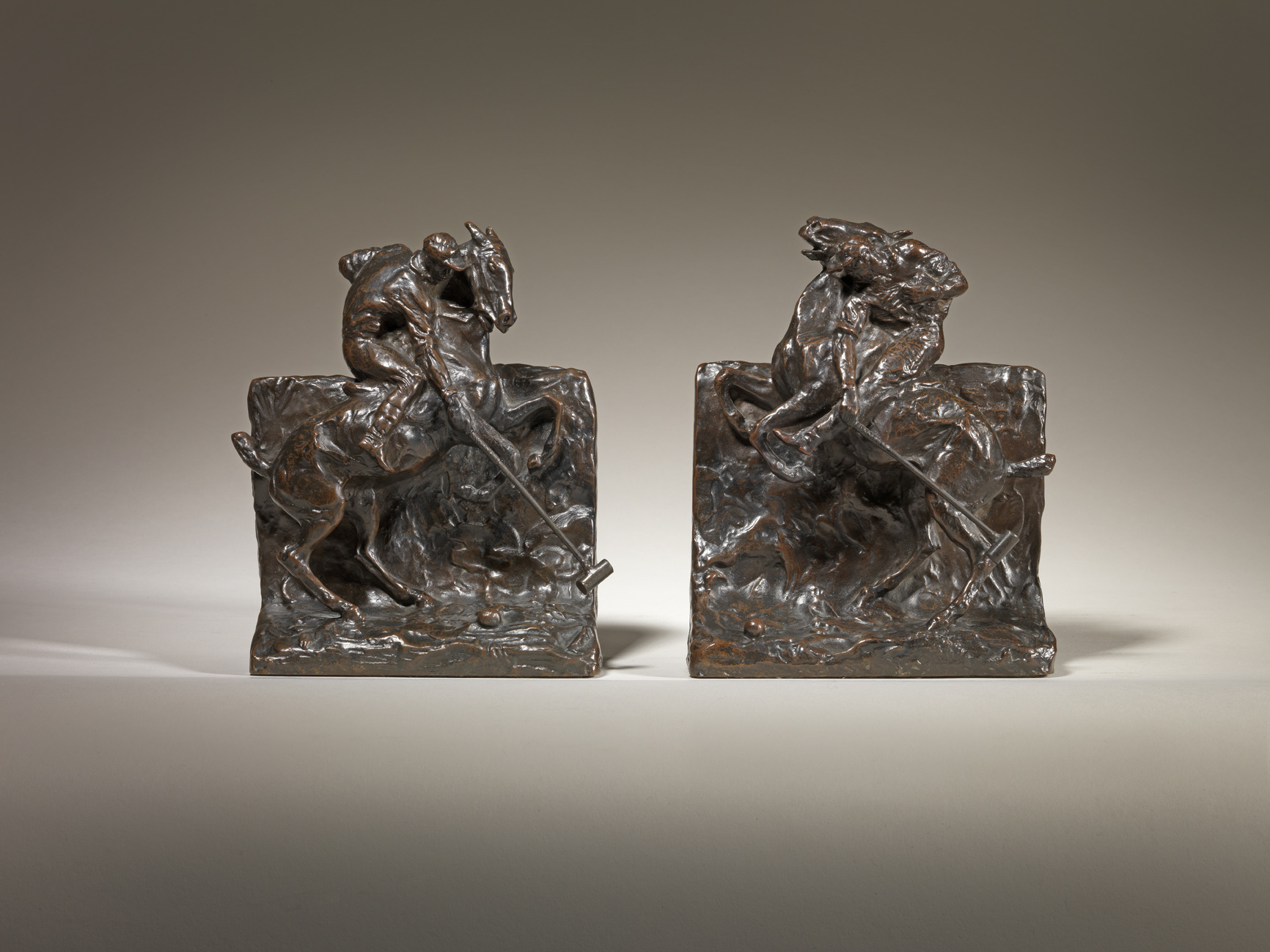