Born in Cologne on 6 August 1882, Josef Pallenberg was extremely interested in animals from an early age. A visit to the Cologne zoo inspired the six-year-old child to begin drawing animals, and attempts to model them followed soon after. Experiments at reconstructing the skeletons of dead animals, which he first boiled in his mother’s saucepans, were the starting point of a later studio that would become crammed with skeletons and casts from nature. In 1899, Pallenberg, then just seventeen, enrolled at the art academy in Düsseldorf, where he first studied drawing, but soon switched to the sculpture class of Karl Janssen. While he was still a student, his group ‘Boar hunt’ brought him his first critical acclaim in 1902, when it was recommended for a gold medal at the Great Industrial Trade Fair in Düsseldorf.

Pallenberg left the academy, as he did not think too highly of his teacher, and went to Berlin, where Ludwig Heck, the director of the Berlin zoo, who had formerly worked in Cologne, fully supported his work. Carl Hagenbeck, the founder of the Hamburg zoo and inventor of gateless enclosures, met the young Pallenberg in Berlin and commissioned him to adorn the main entrance gate of his new zoo in Hamburg with large-scale animal sculptures before its opening in 1907. It was Pallenberg’s early interest in anatomy and his accuracy in capturing the animal’s attitude that brought him the high praise of these zoologists. At the same time as creating the large sculptures for Hamburg, Pallenberg modelled works such as the ‘Rominter stag’, or ‘Roaring stag’, one of his best known works, for which he received the golden state medal at the Deutsch-Nationale Kunstausstellung in Düsseldorf in 1907. A cast of this work is still on display at the Berlin zoo today.

Following the assignment for the entrance gate in Hamburg, Hagenbeck commissioned life-sized sculptures of dinosaurs from Pallenberg. With the help of his brothers, the artist executed several monumental beasts in concrete, forming a park of these prehistoric animals, reflecting what was known about them at the time. Pallenberg did not work only in Germany. Following the Hamburg dinosaurs, he received an invitation to La Plata in Argentina to create sculptures of local primeval animals that were to be embossed in copper – unfortunately this commission fell through due to lack of money. Pallenberg also repeatedly went to the United States, studying the animals at the zoos in Cincinnati and Detroit, and designing the exterior of the giraffe and hippopotamus houses in Detroit zoo in the 1930s.

Pallenberg’s sculptures always remained very close to nature. Quite often, it is possible to detect the individual animal that he took as his model. He did not want to create a stereotyped representative of any species, but mostly made actual portraits of a specific beast. The range of animals he depicted is vast, including many rare and endangered species. Horses, big cats and bears fascinated him particularly. His oeuvre encompasses single animals as well as groups of two or more, shown at rest, playing, fighting or hunting – an exceptional diversity in the work of one artist. The sculptures are precise depictions of the animals’ anatomy and movements as well as their behaviour. Pallenberg’s closeness to nature repeatedly led to negative criticism as he was accused of mere mimicry. But, regardless of these reproaches, he developed a high reputation and received much acknowledgement, not only from scientists, but also for the artistic achievements in his sculptures. Various awards and prizes decorated his studio, where Pallenberg worked amongst many live animals, including a tame lion and a wolf. He died in Düsseldorf on 26 June 1946. 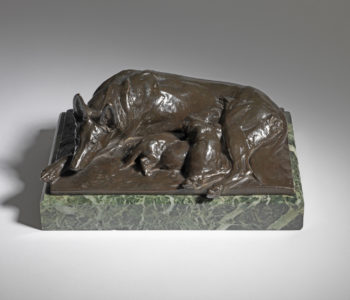 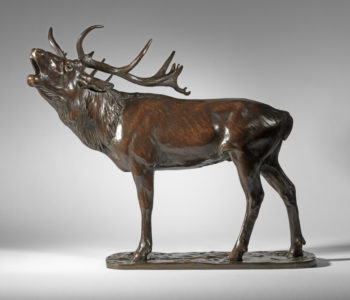 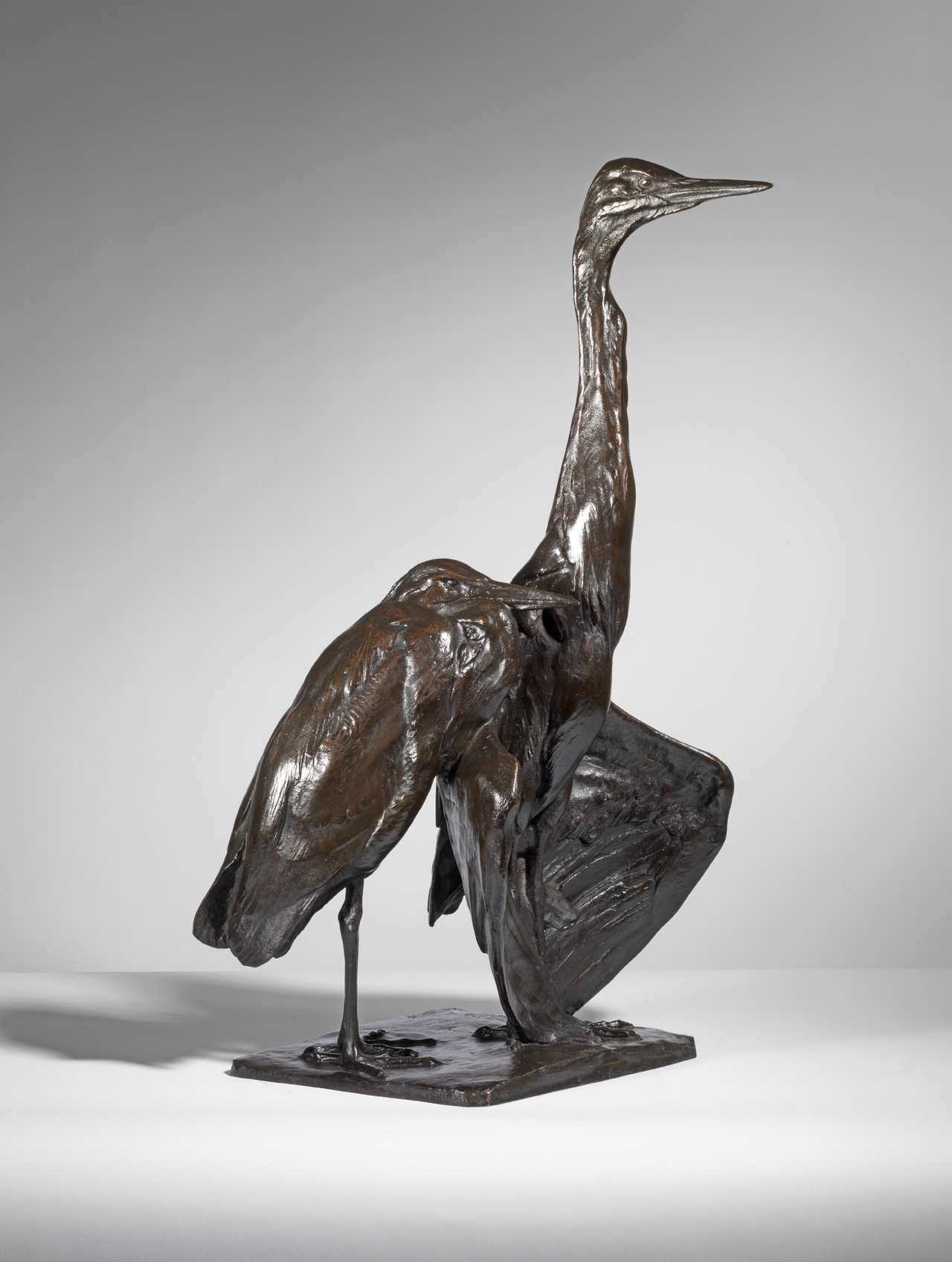