Jonathan Kenworthy attended the Royal College of Art in 1954 at the age of eleven. During his years at the Royal Academy Schools, he was the youngest ever student to win the Royal Academy Gold Medal and numerous other scholarships. Here he became fascinated by movement and the drama of the chase. Thus, wild Africa is one of his central themes. Kenworthy first exhibited in London in 1965 and shortly after had his first solo exhibition.

In 1977 he visited Afghanistan and Nepal where the horsemen and the nomads of the Hindu Kush, together with the tiger, made their way into his art. He continues to travel and his safaris in East Africa, including more recently Rwanda, provide him with a studio full of drawings, paintings and sculptures. An intense fascination with the anatomical structure of his models led Kenworthy to sculpt with meticulous detail and an exacting proximity to nature. 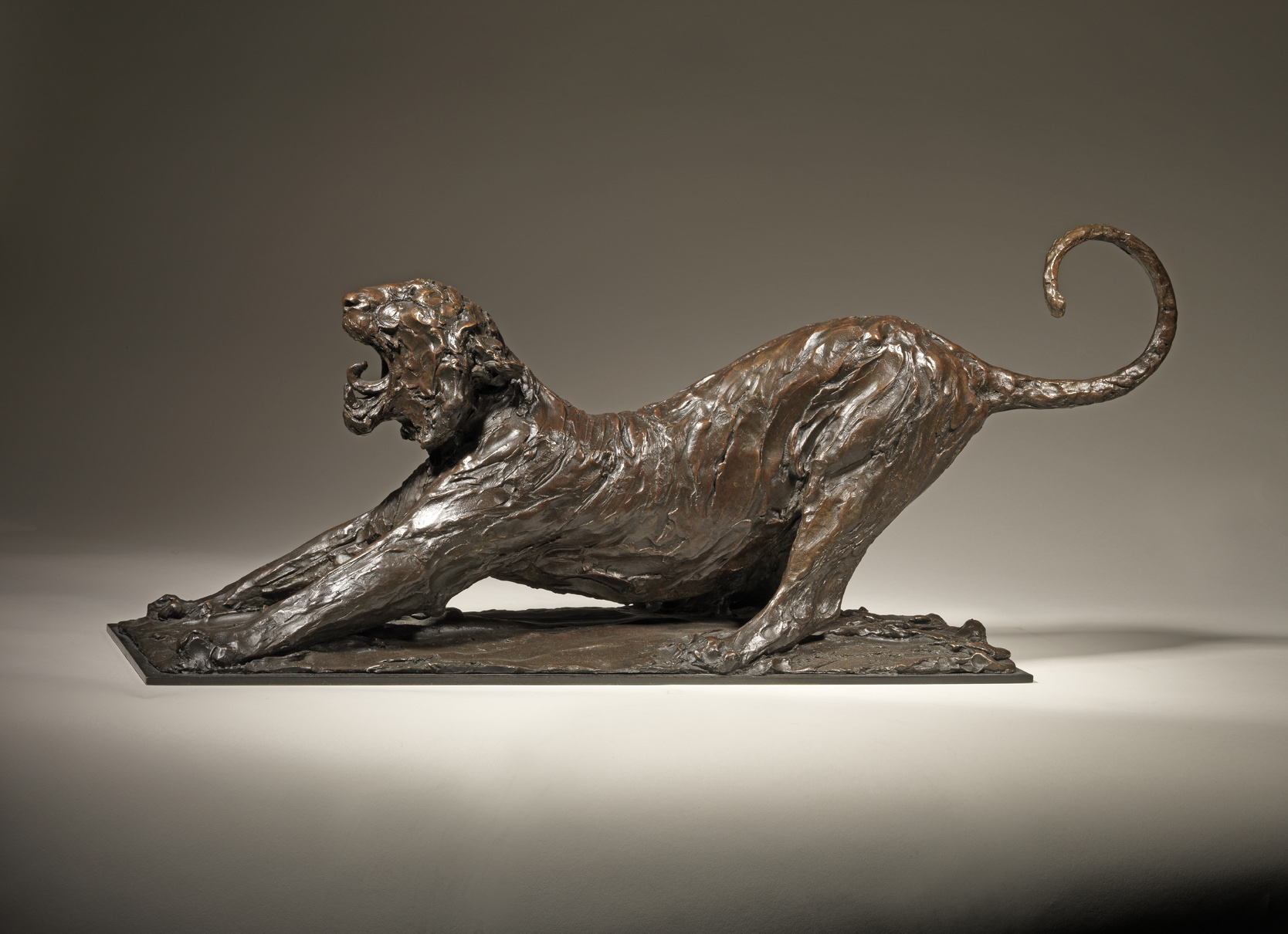