Henri Alfred Jacquemart was born in Paris in 1824 and became widely known as both a sculptor of animals and monumental works. He studied painting under Paul Delaroche at the École des Beaux Arts and sculpture – his preferred medium – under Jean-Baptiste-Jules Klagmann. He exhibited at the Salon between 1847 and 1879, earning medals in 1857 and 1865 and was made a Companion of the Legion of Honour in 1870. Jacquemart travelled widely throughout North Africa and the Mediterranean, receiving least one commission, a very large statue of Mohammed Ali, in Alexandria, as a result of these travels.

Much of Jacquemart’s work arose through commissions and he produced many important monumental works including “Two Eagles” for the fountain of Saint-Michel, the “Sphinxes” for the fountain du Chatelet, “Four Lions ” for a bridge in Cairo and a life-size cast iron Rhinoceros for the Trocadero in Paris, which also includes the work of Fremiet, Cain and Rouillard. This sculpture can now be found on the esplanade of the Musée D’Orsay. As well as these monumental pieces, Jacquemart sculpted several fine life-size models of animals, particularly Hounds, for commercial release. These were made in cast iron by the Barbezat foundry, Val d’Osne, near Paris, a company well known as manufacturers of fine decorative iron work. These striking and decorative items were very fashionable and adorned country properties where they can still be seen today. A fine pair can be seen at Woburn Abbey in Bedfordshire.

Alfred Jacquemart was an important figure of the ‘Animalier’ group. Examples of his work are to be found in the museums of Chambery, Belfort, Le Mans, Montpelier, Nantes, Nimes and, as already mentioned, the Musée D’Orsay. 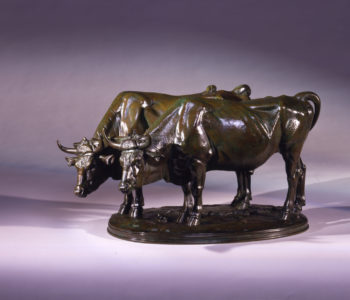 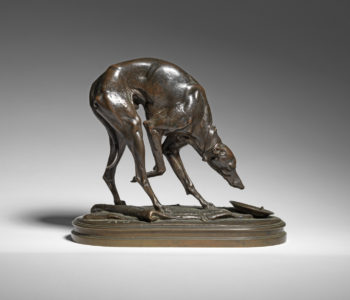 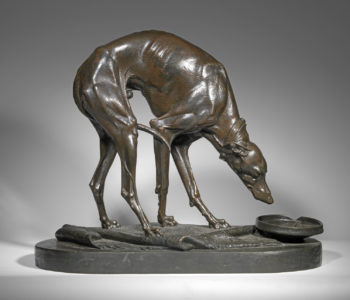 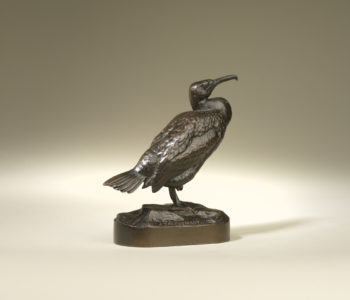 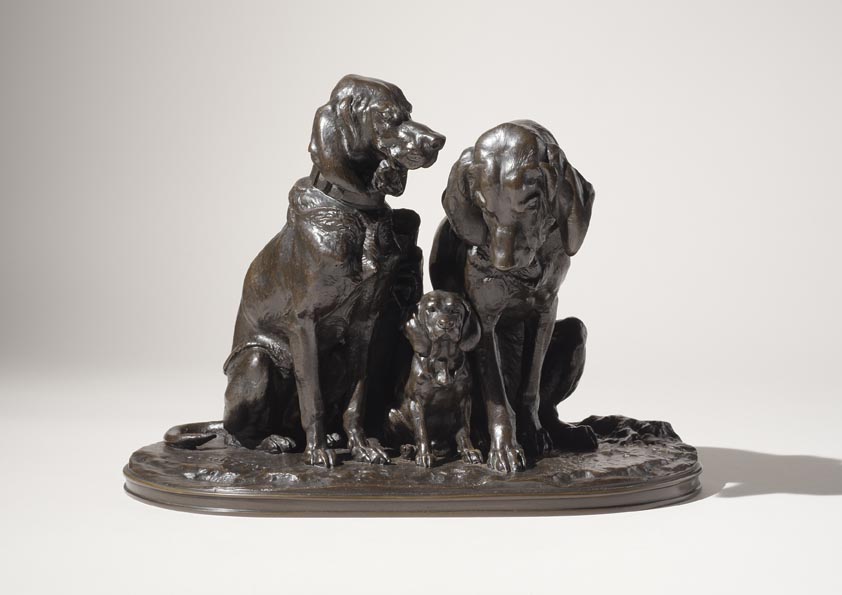 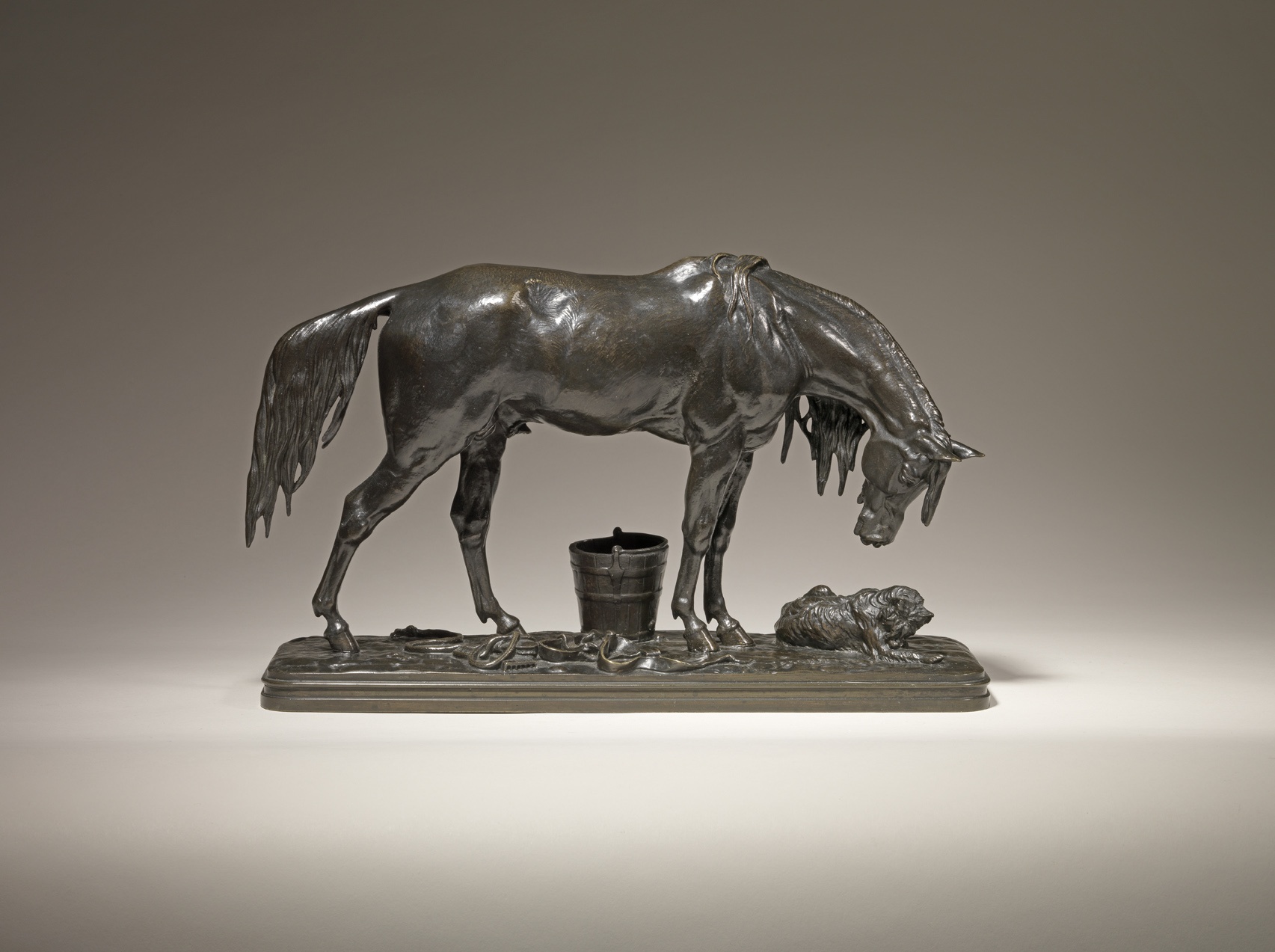 Horse and Hound with Bucket 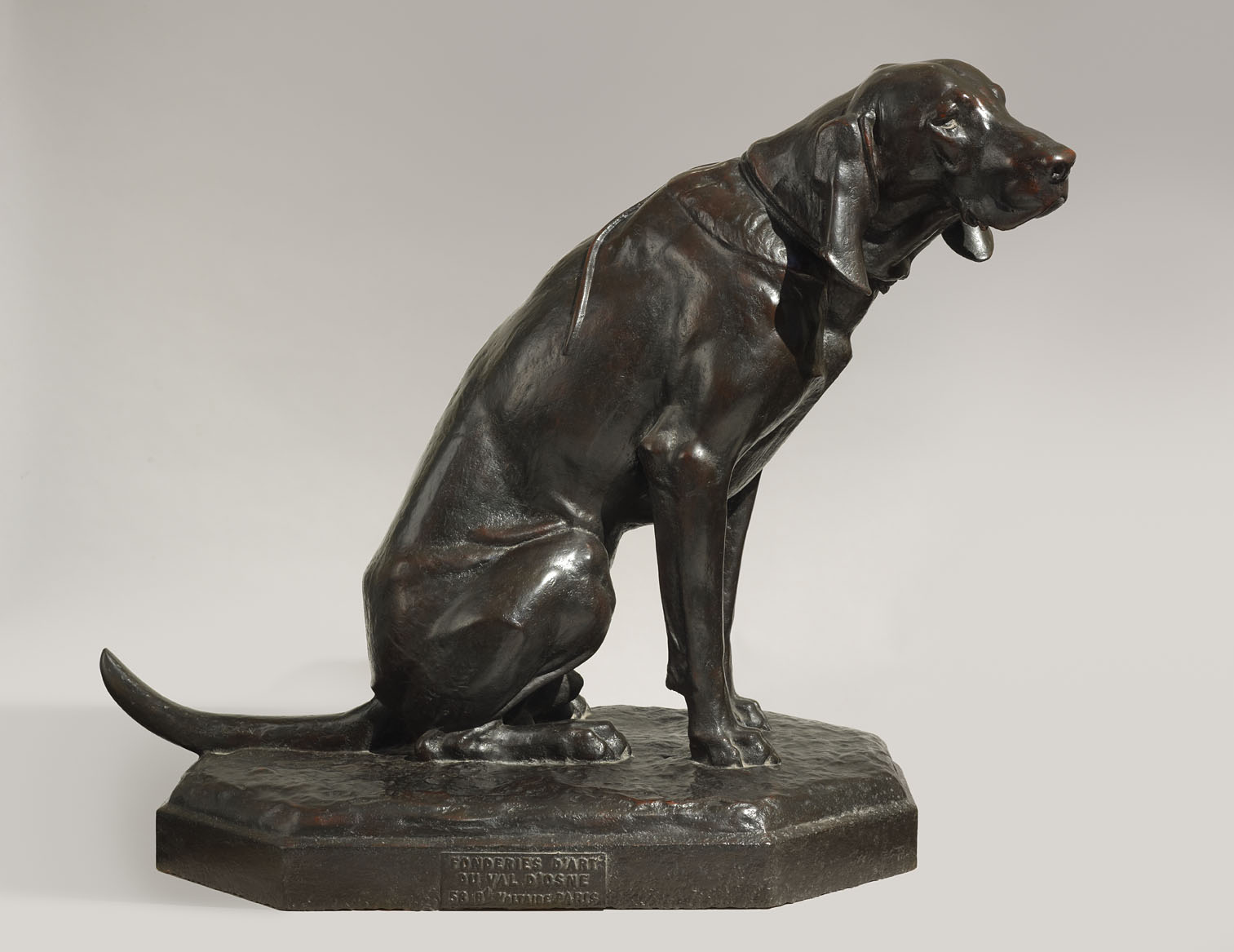 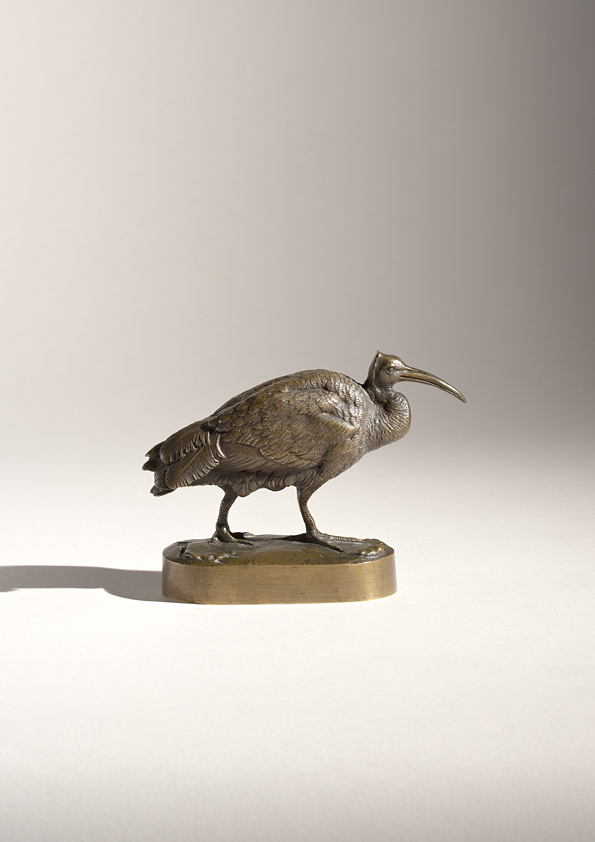 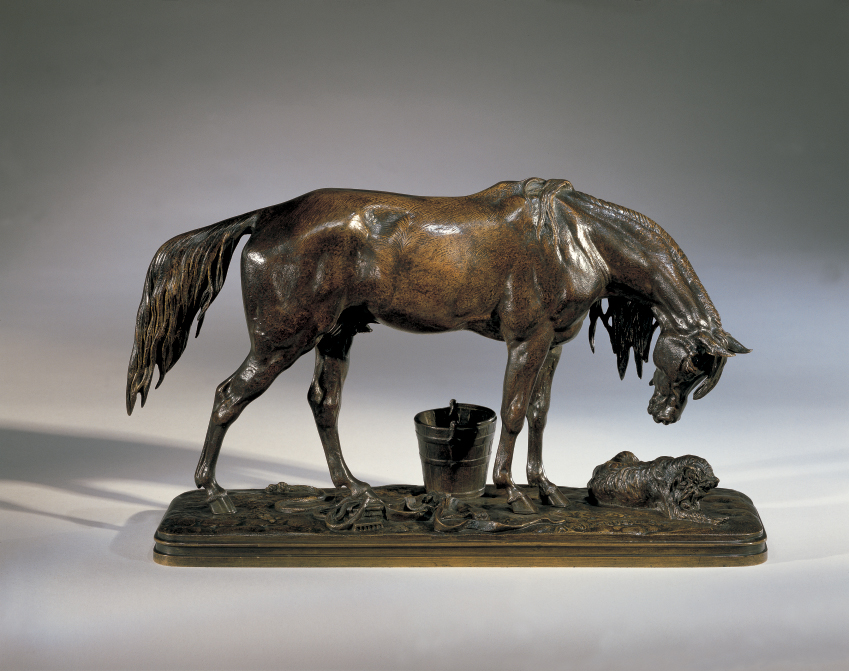 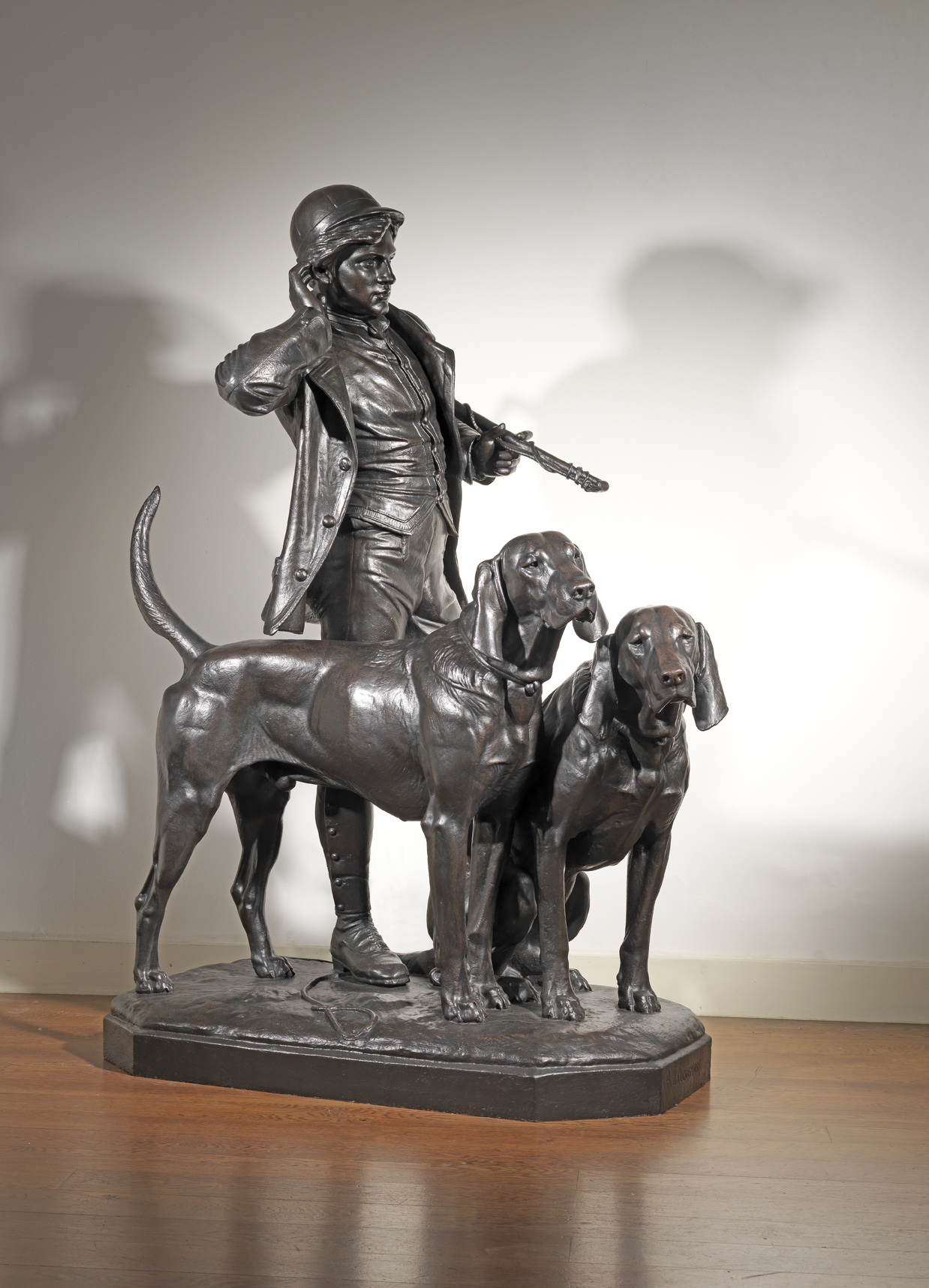 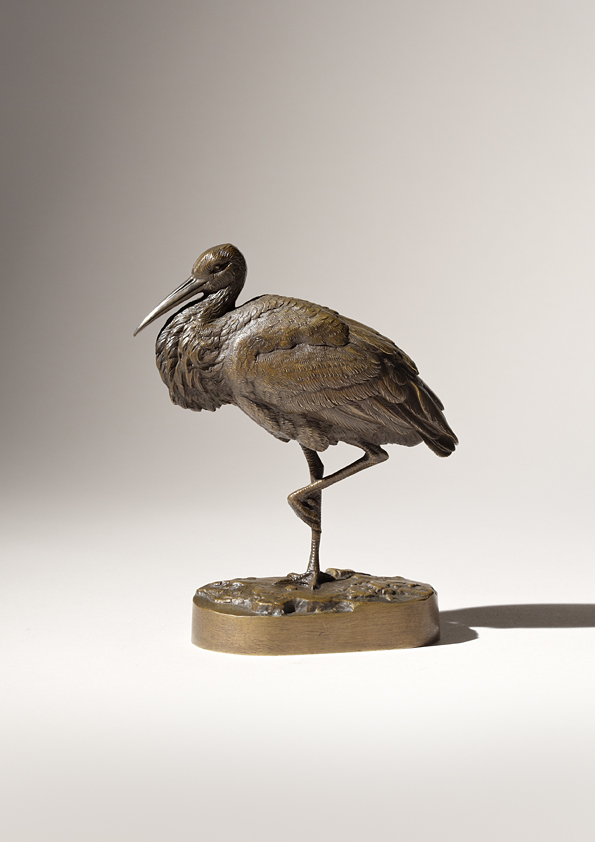