Guido Righetti was born in Milan on 29 September 1875. As a young man he frequented the Casa Ricordi, a famous music publishing house, where he doubtless would have mixed in artistic and literary circles with painters, poets and musicians.

Righetti developed an interest in drawing and it was animals that became the focus of his work. He observed his subjects from life, at both Milan Zoo and the Natural History Museum, reworking his compositions back at his studio. Righetti turned to modelling, inspired by Prince Paul Troubetzkoy, a family friend and a successful sculptor who at this time was teaching at the Academia Brera. Largely self-taught, Righetti worked in clay, wax and plastiline often depicting the animals surrounding his family country home in San Salvatore situated between Lezza Crevana and Ponte Lambro in the Brianza valley. In time, he relocated here, leaving the busy city of Milan for the countryside. Built on the barren reaches of Mount Erba the house was once a Capuchin monastery. His atelier took up two large rooms in what had possibly been the refectory of the old monastery. Surrounded by hens, sheep and goats, he led a simple rural life, occasionally visiting Milan to study the animals in the zoo. Righetti led this life until the end of the Second World War.

The 1930’s and the advent of the Art Deco period proved to be a successful era for Righetti, completing several major commissions for the Italian government and the municipality of Milan for sculptures to be placed in swimming pools, parks and fountains. The outbreak of the Second World War however, proved disastrous for his burgeoning career. Several of his pieces were destroyed in the 1943 bombardment of Milan and others were removed from museums for the bronze to be salvaged. Many of his works were ‘pièces uniques’ and most were melted down to salvage the metal for the war effort.

Righetti’s later life was marked by financial difficulties. Due to the dire economic and political climate, he received no more orders for sculptural works. He returned to Milan in 1950, where his later years were marked by deprivation as post-war Italy struggled. Little is known of Righetti’s post-war production as both artist and sculptures disappeared into obscurity. His sculptures and moulds were abandoned at the Bataglia foundry and gradually degraded. Righetti passed away in 1958 in relative obscurity, however, recent years have seen a resurgence of interest in his work. 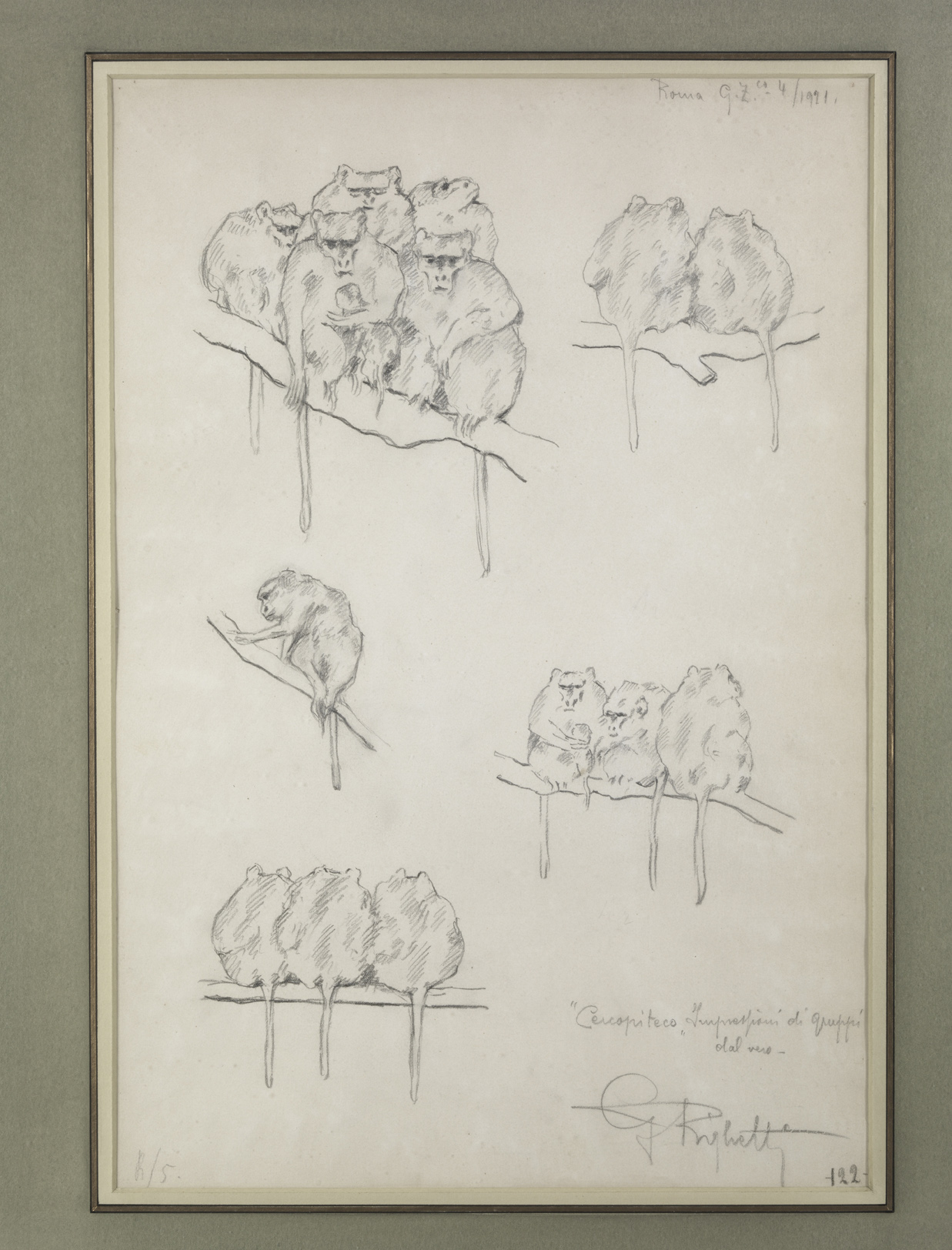 A group of Cercopithecus Monkeys, 1911