Georges Guyot was born in Paris, in the working class quarter of la Bastille where the majority of artisan craftsmen were based. His father was a clerk and his mother worked as a dressmaker. By the time he reached adolescence his gift for drawing was apparent and he was apprenticed to a local wood carver for a period of three years.

Sometime between 1902 and 1903, Guyot gave up his apprenticeship in order to concentrate on the improvement of his artistic ability. To this end, he often visited the Jardin des Plantes in search of subject matter. However, despite paternal support, his family could not assist him financially, so in 1904 he joined the army, enlisting in a regiment based in Rouen, as he knew that the commanding officer would allow him time off each morning to attend classes at the local Art School.  In 1906, he exhibited his early work at the Salon des Artistes Français. The first piece, Bear Begging on its Hind Legs, was based on an incident that his grandfather, a hugely influential figure in his life, had told him about. The second piece, Lioness Surprised, may have been a tribute to Barye’s lions, which he later said had profoundly affected him when he first saw them as a child.

On his return to Paris in 1907, he worked as a camera operator for Pathé Films. In 1909 he exhibited his first work in bronze and from then on concentrated exclusively on sculpture. In 1910 he was awarded a bronze medal enabling him to subsequently exhibit whenever he wanted. At this time he was exhibiting mainly depictions of dogs and a few busts, including one of Roland Dorgeles completed in 1911. At the outbreak of the First World War, Guyot was declared unfit for service on medical grounds and he returned to earning a living as a camera operator.  In 1918, he moved into the famous Bateau-Lavoir building, famous for its artist occupants. He lived here up until 1970 shortly before he died; the last occupant, he left only due to a fire in the building. After the war he left the Salon des Artistes Français for the Salon des Indépendants, where he exhibited up until 1950. He also showed regularly at the Salon d’Automne. The musée d’art moderne acquired his Seated Bear in 1923, and his Ours Blanc enjoyed great success at the Salon des Indépendants.

In 1935, he was instrumental in setting up the Groupe des Douze with François Pompon and Paul Jouve. He was commissioned to complete a large group for the 1937 Exposition Internationale. Chevaux et chien was executed in gilded bronze for the Bassin of the Palais de Chaillot.

Guyot enjoyed a parallel career as an illustrator and engraver and he built up a considerable body of work as an Animalier painter. These paintings are still much sought after today.

Before the Second World War he had many solo exhibitions in some prestigious galleries including Bernheim Jeune, Druet, Devambez and Malesherbes. In 1943 the Salon des Indépendants organised a retrospective of his work. During the 1950’s he enjoyed considerable international success. His last exhibition was held in 1972 shortly before his death at the gallery « L’Enseigne du Cerceau » in Paris. Guyot’s career unfolded with a roll call of successes and honours from the start. He was a difficult character, with little or no time for social niceties, yet he always enjoyed acclaim from the critics, appreciation from art lovers, and recognition from his fellow artists, including high profile sculptors such as Pompon, who saw him as a real artistic personality.

Guyot preferred to portray animals whose strength and vigour were reflected in their vast scale. He studied mainly bears, but also panthers, bulls and chimpanzees. Always fascinated by lions, he admired  « their perfect exemplification of the muscular mechanism of wild animals, the unequalled majesty of their form, the eurythmia and natural harmony of their power that is beyond human conception ».  He used predominantly the Susse foundry to cast his bronzes, using the lost wax process. However, he also used Meroni-Radice at the beginning of the 1920s and Eugène Godard after 1935.  Susse also edited some models in terracotta.

Guyot’s early training alongside artisan craftsmen explains his very precise preparation, whether in the observation of live animals or the study of their skeletons, of which he had a very impressive collection. He also had an extensive library of academic books devoted to every aspect of the animal kingdom. He continued working right up until his death in Paris in 1973. 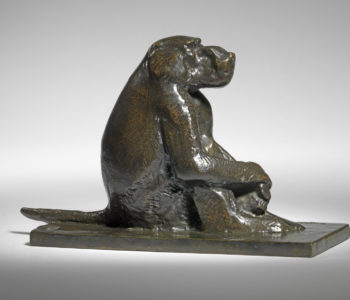 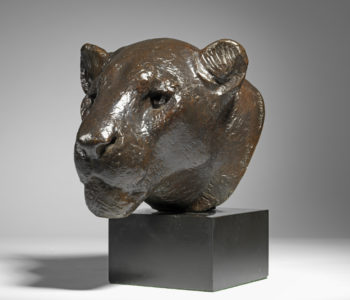 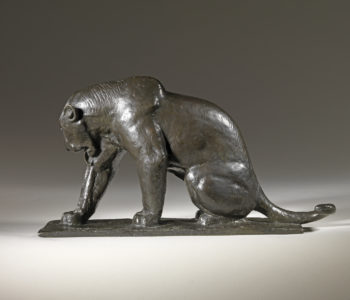 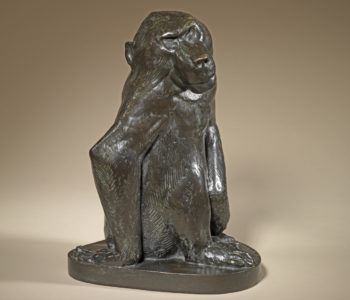 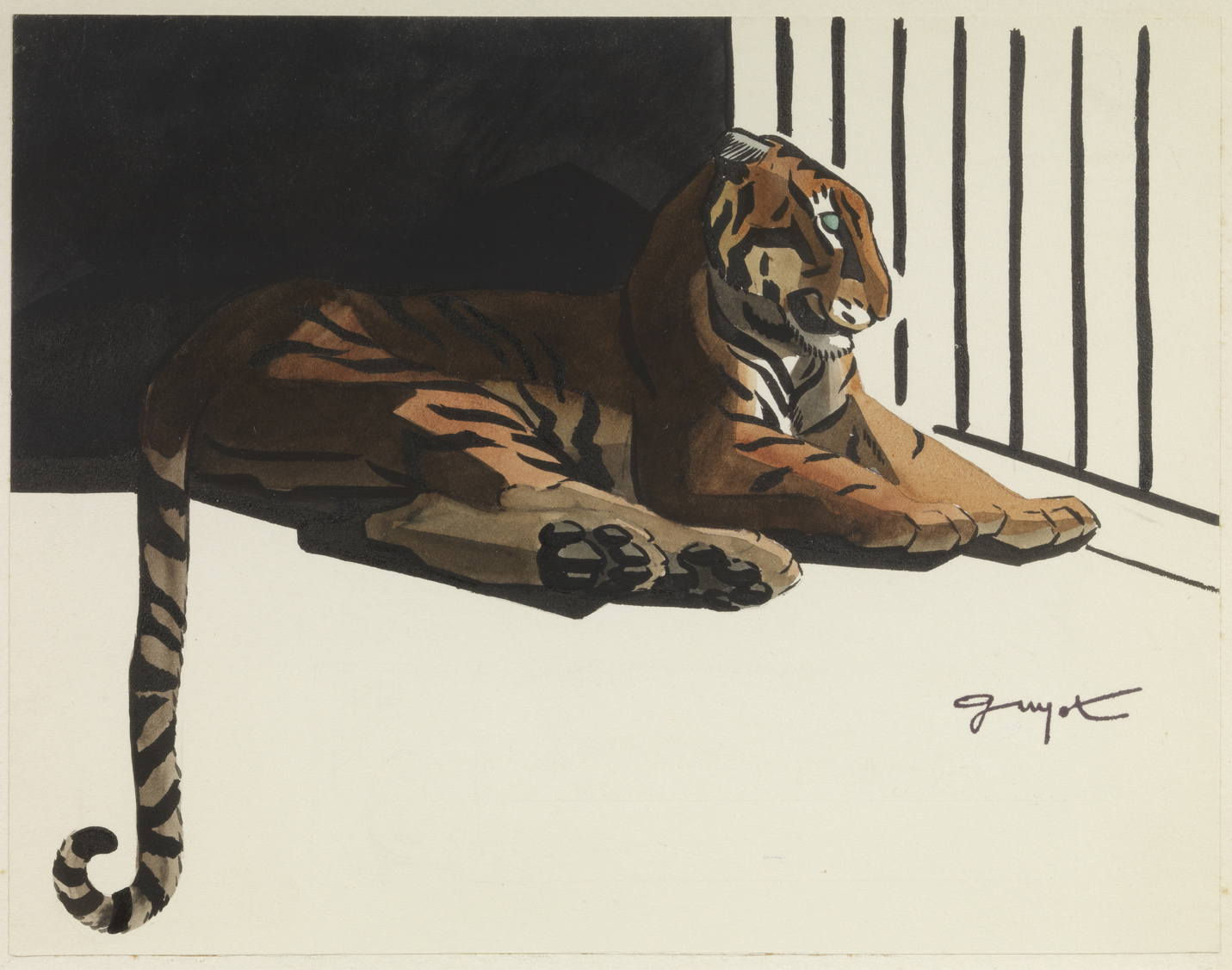