Born in Paris on 11 October 1863, Georges Gardet was the son of the sculptor Joseph Gardet and a pupil at the École des Beaux Arts under the tutelage of Aime Millet and Emmanuel Fremiet. Gardet showed a talent far superior to many of his contemporaries and became an eminent Animalier sculptor of the late 19th century.

He exhibited regularly at the Paris salon from 1887, however, his first major success was at the Salon of 1887, with a group entitled Panther and Python. Throughout his career, he was awarded many honours and prizes, including third and second class medals in 1887 and 1888 and a medal at the 1889 Exposition Universelle. In 1900, he received the ‘Grand Prix’ at the Exposition Universelle of 1900. He was a member of the Society of French Artists and the Academy of Fine Arts. In 1896, he was appointed Chevalier de Légion d’Honneur and in 1900 he was promoted to Officier de Légion d’Honneur.

Gardet’s animal sculptures were extremely powerful, each having an individual character of its own. Whilst many of his models were initially sculpted in marble they were later produced in bronze by the foundries of Thiebault, Barbedienne or Siot-Deauville, or in Sevres porcelain.

It is a testament to Gardet’s skill and artistic abilities that many of his works are to be found in museum collections. The most notable examples being Two Panthers (Simu Museum, Bucharest), Le Precurseur (Hamburg) Lion and Lioness, Chantilly Dogs (Limoges) Panthers and Parrots (Musée d’Art Moderne, Paris) and Panthers (Ashmolean Museum, Oxford). Additionally, his monumental works, the Tiger and Bison decorate the entrance to the Laval Museum and the group of a Panther and Python are to be seen at the Parc Mountsouris. 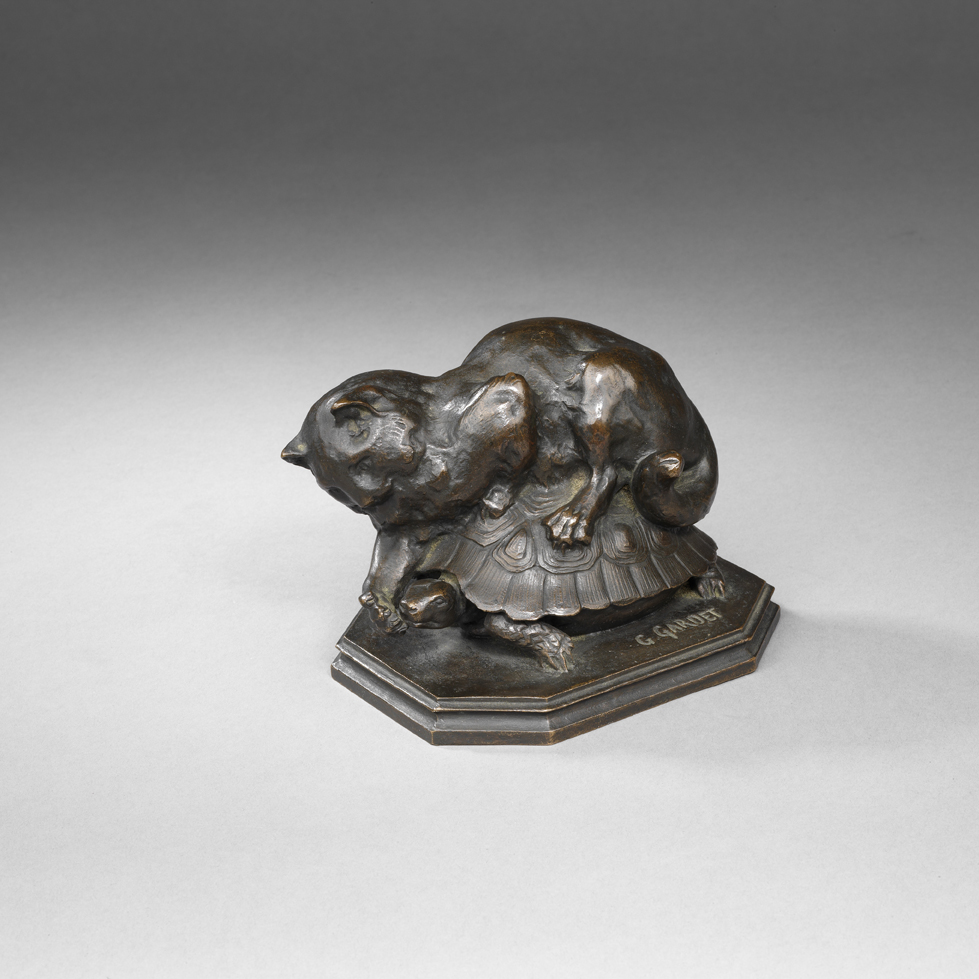 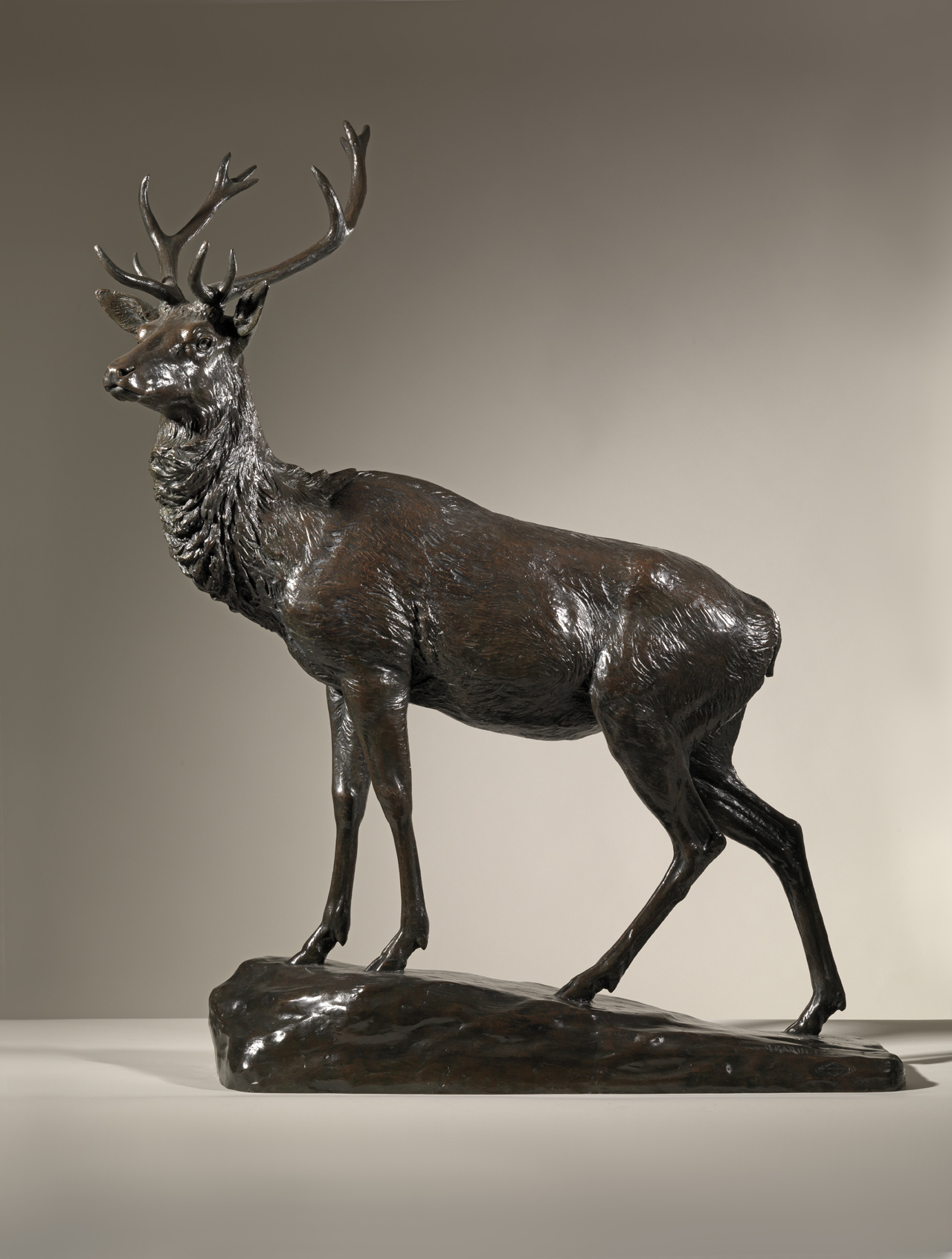 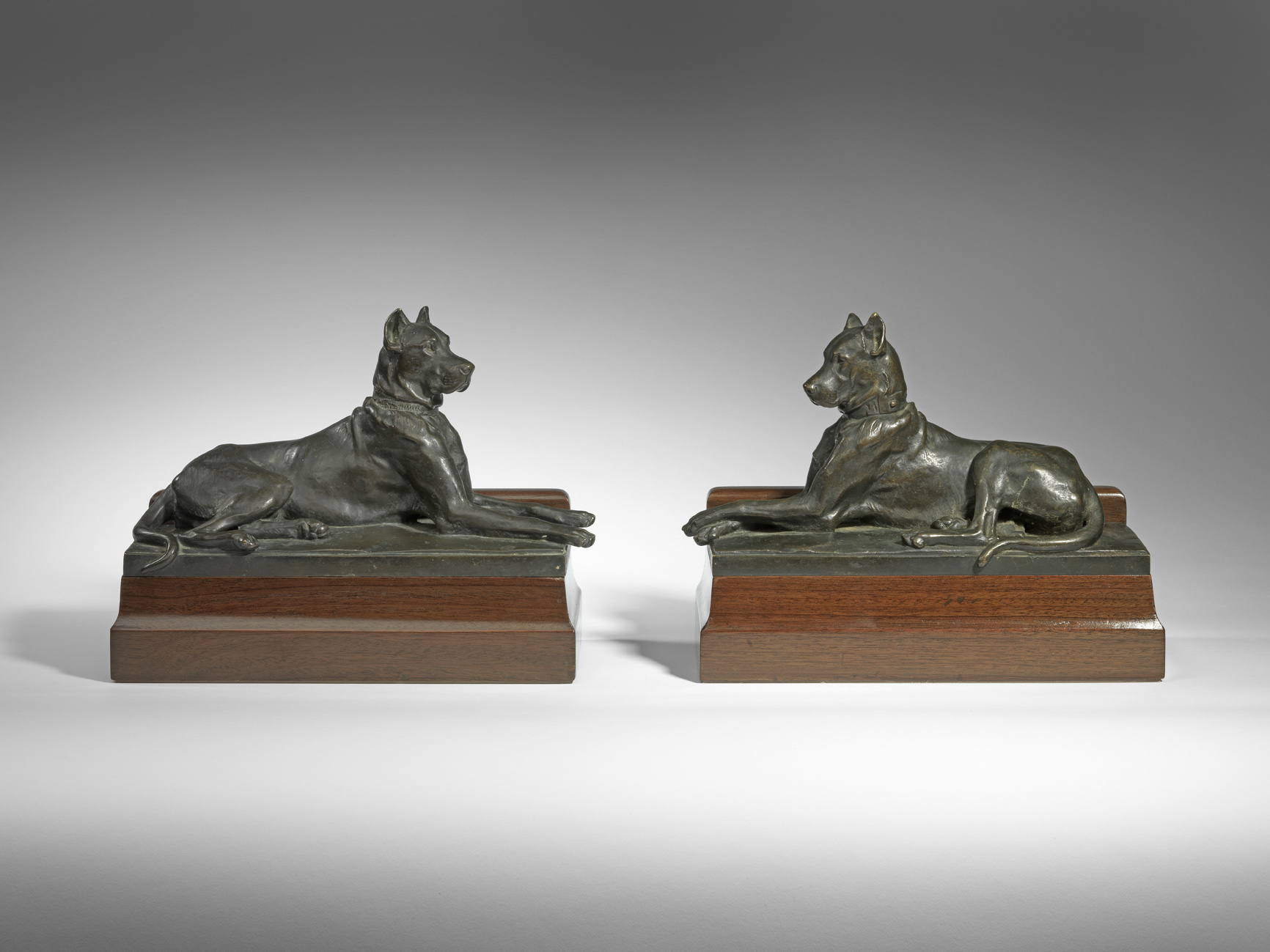 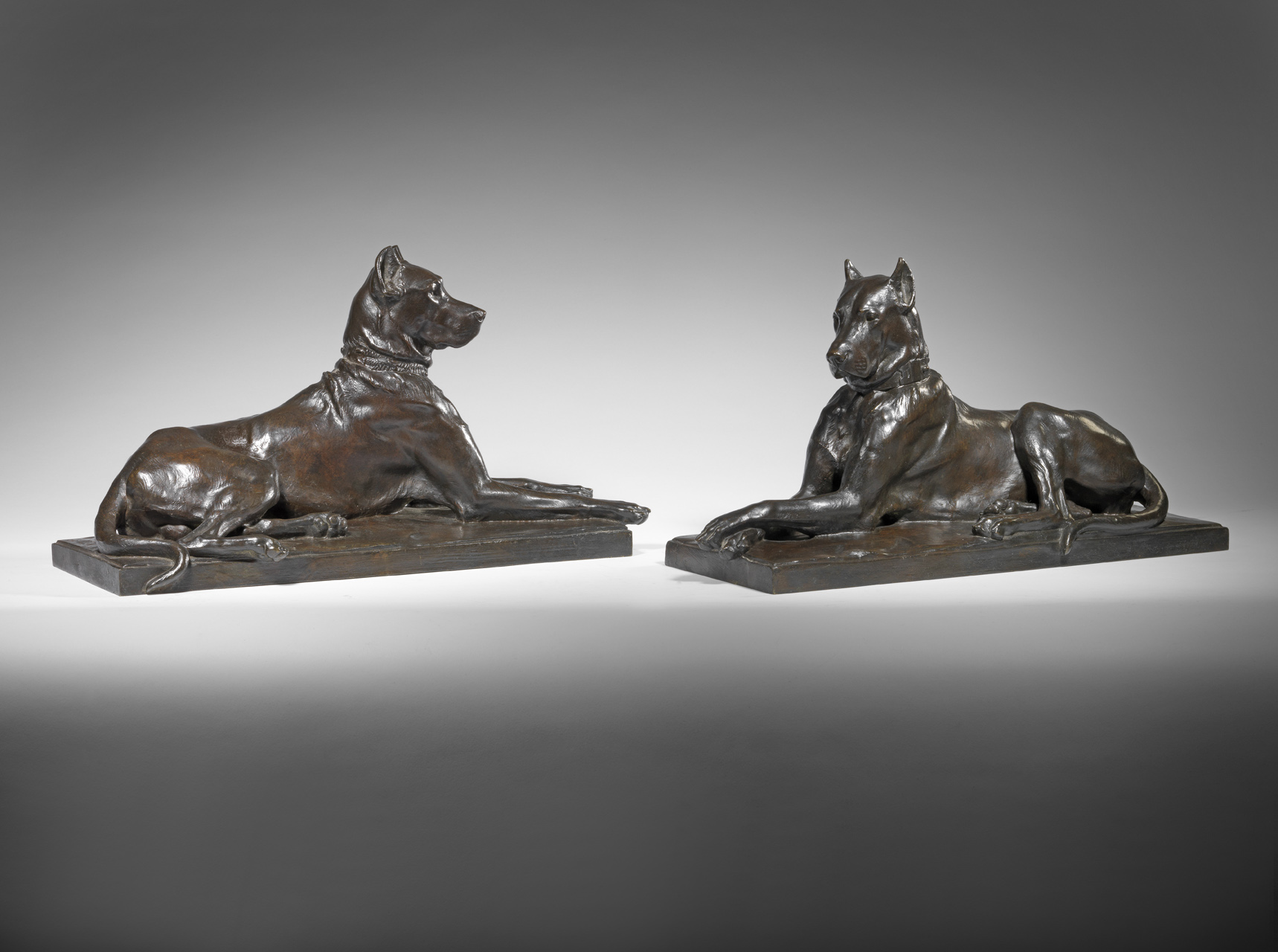 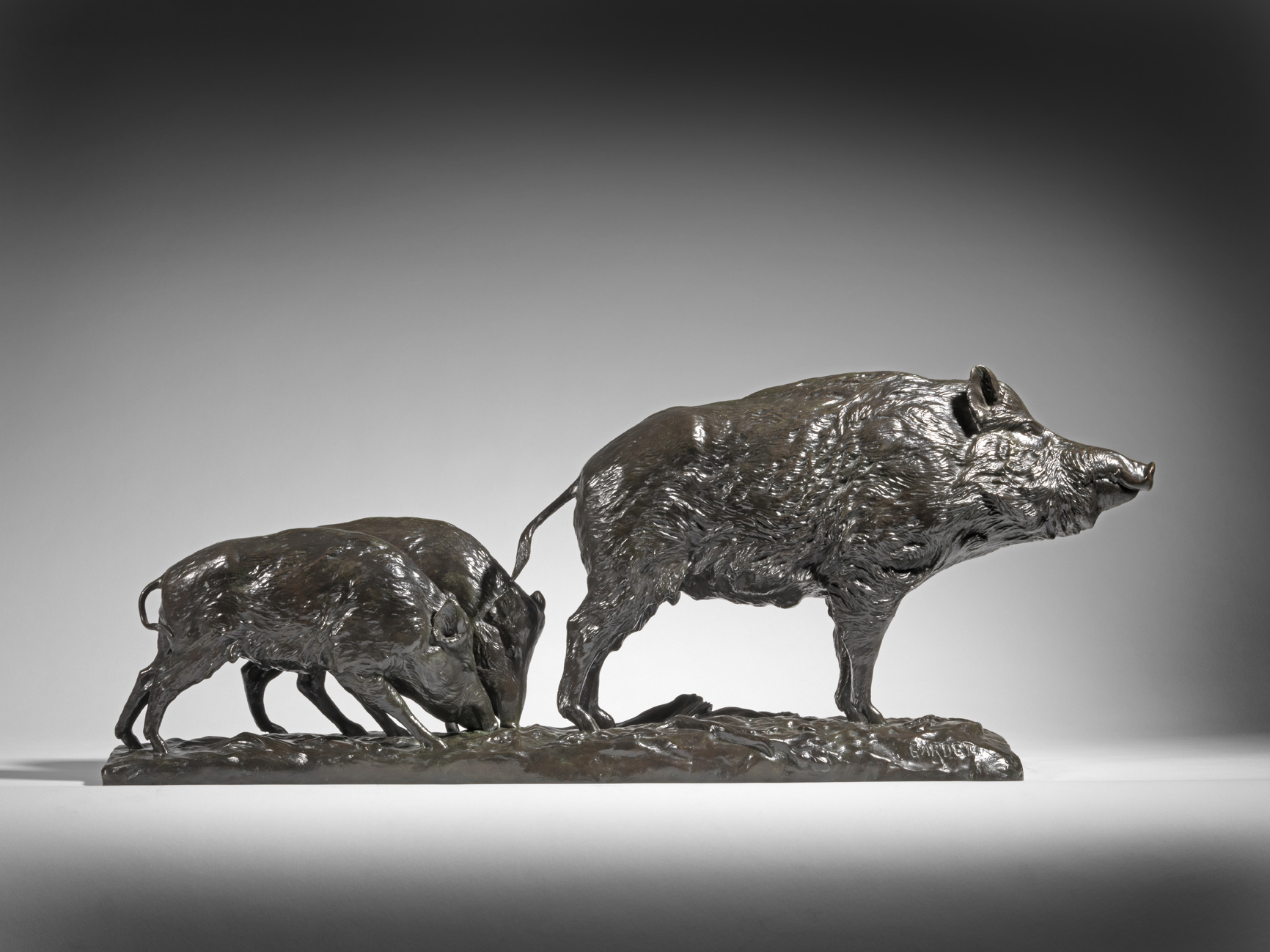 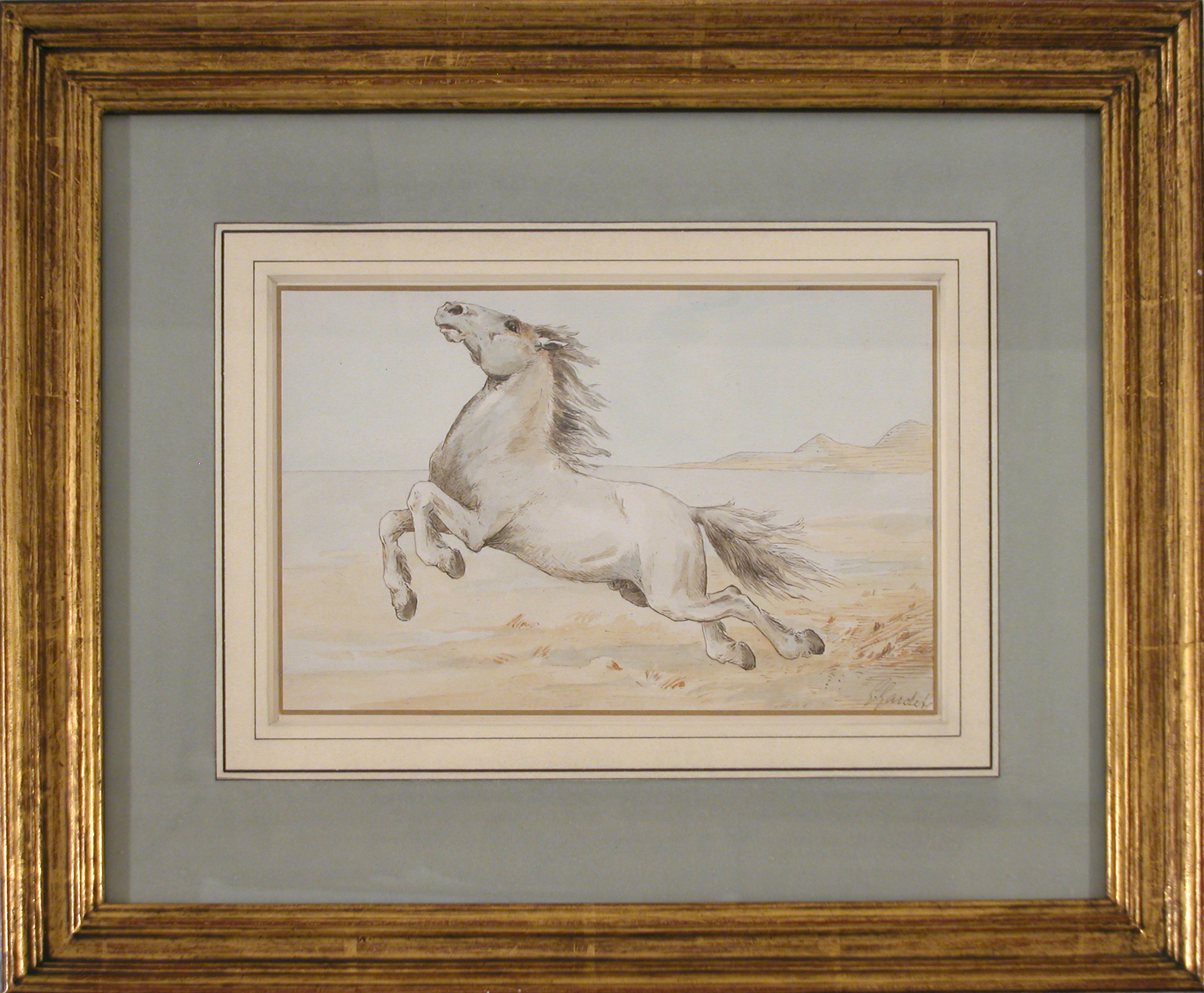 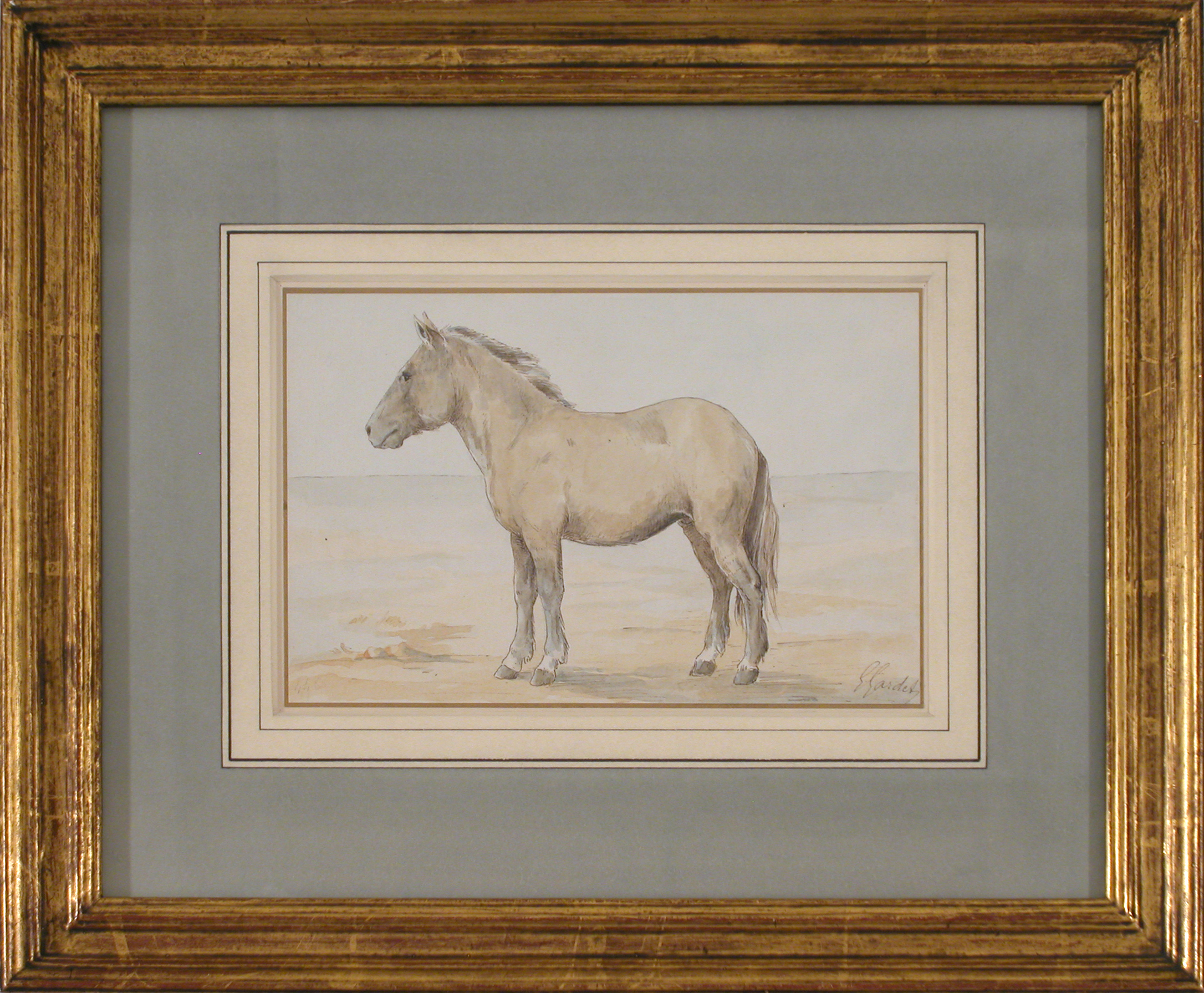