Lutiger was born in Geneva, Switzerland in 1871. He studied at the Ecole des Arts Industriels in Geneva and the Academie Menn, Paris before settling in London. Whilst in London he kept studios at Gledstones Road and Blythe Road in South Kensington. He worked as a sculptor, medallist, metal carver and art metalworker.

He exhibited widely in the UK showing work at the Royal Academy between the years of 1896 and 1931. Other notable exhibitions include the Arts and Craft Exhibition Society, The Walker Art Gallery, Liverpool, The Bristol Academy, the Royal West of England Academy and the Royal Glasgow Institute of Fine Arts.

Perhaps because of his Parisian training, Lutiger’s style displays a more strenuous and uncompromising realism than some of his British colleagues in Edwardian London.  Indeed, his tendency towards animated and naturalistic depictions certainly echoed the Belgian school of twentieth-century animal sculpture, rather than the London Royal Academicians alongside whom he was exhibiting. Undoubtedly influenced by the Art Deco style, it is probable that he observed his animal subjects at the London Zoo as his oeuvre is largely made up of big cats. 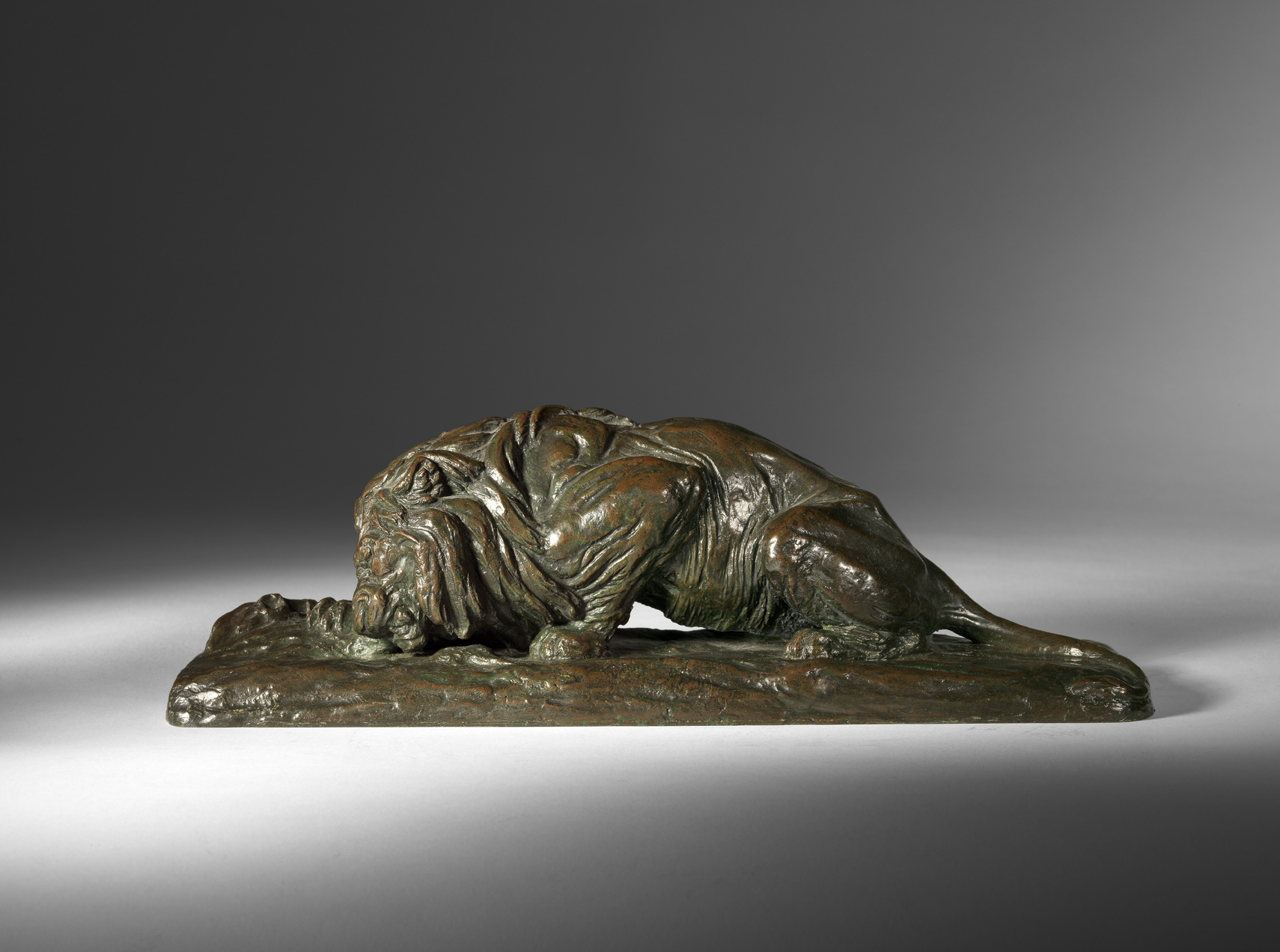 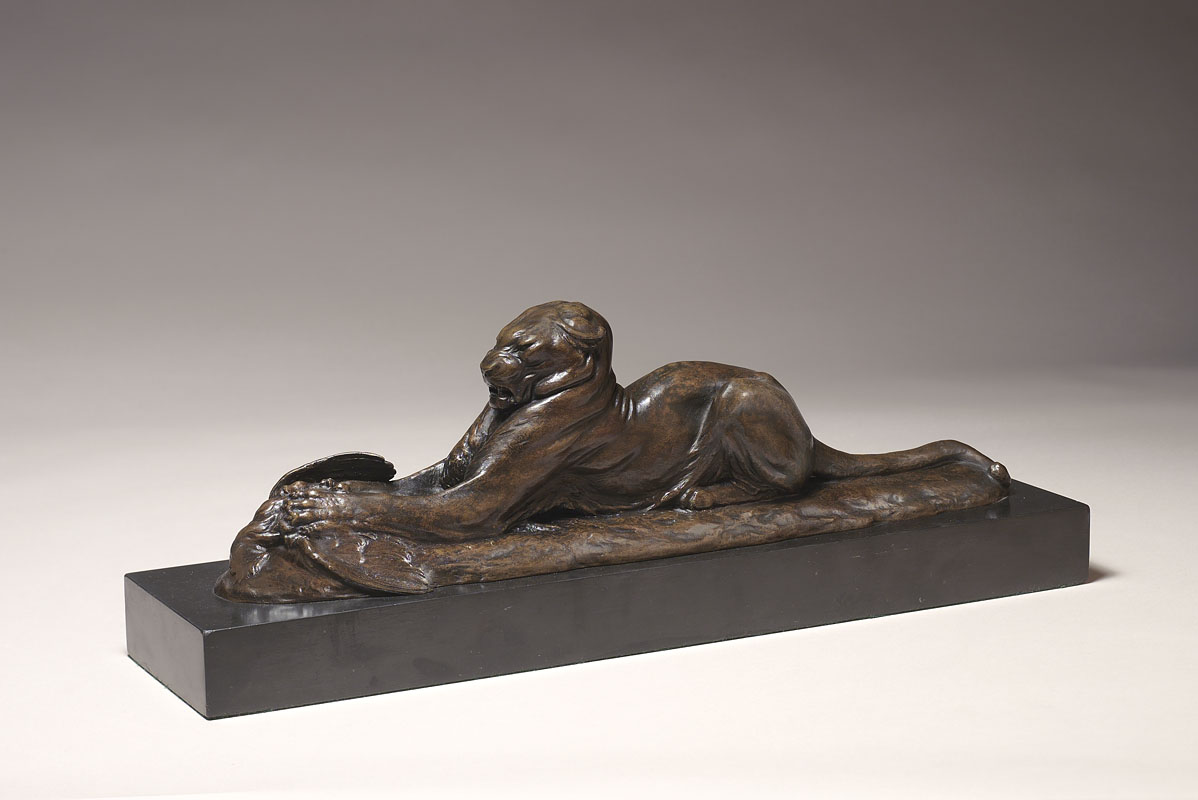 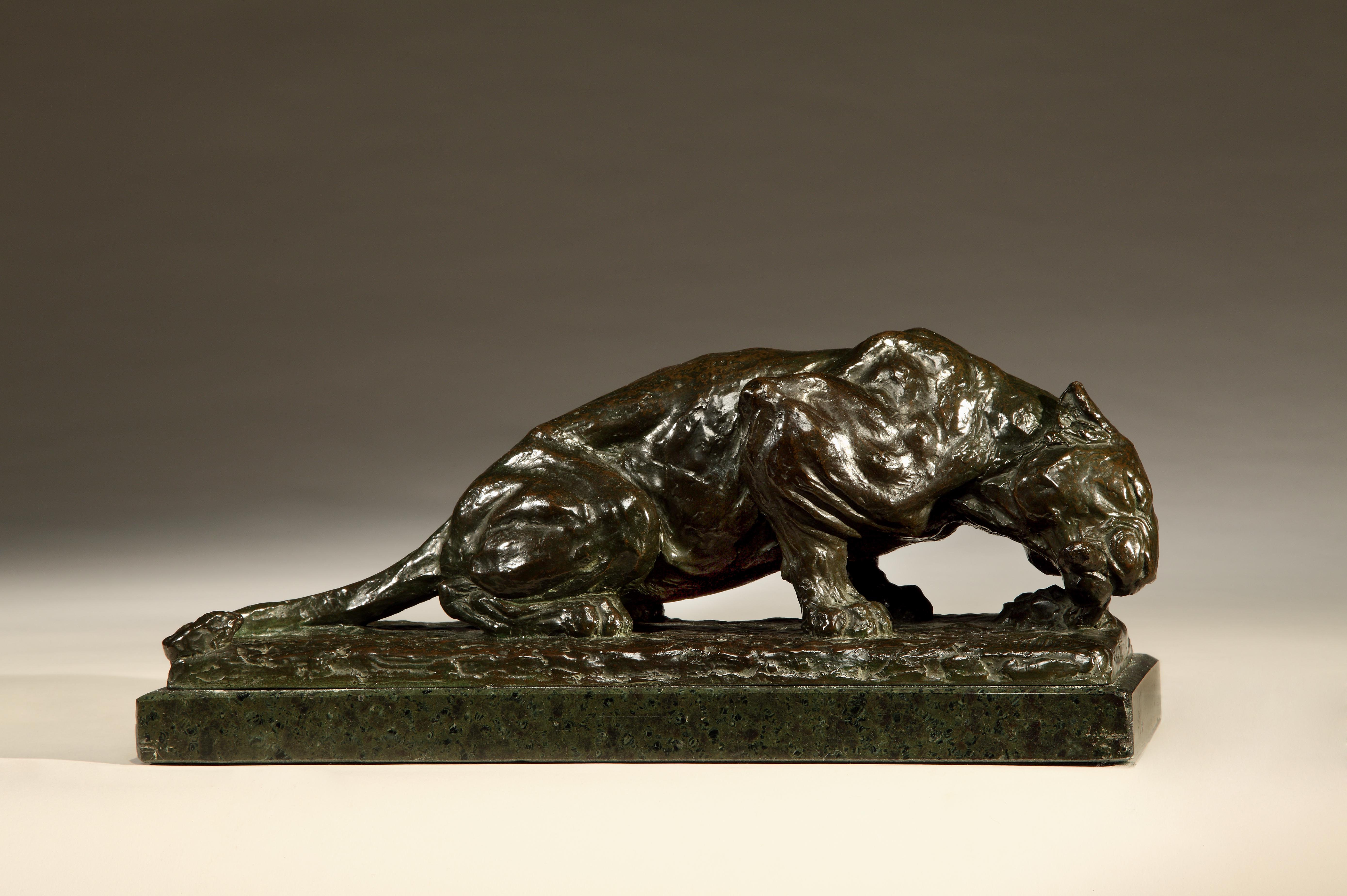