Ernst Barlach was born in Wede, Holsteini in 1870. He was a German sculptor, illustrator, and playwright, whose art was condemned by the Nazis as “degenerate”. It was included in the infamous exhibition Entartete Kunst, a show held by the Nazis in Munich in 1937, consisting of modernist artworks chaotically hung and accompanied by text labels deriding the art.

In 1888 Barlach enrolled at the Hamburg School of Arts and Crafts and from 1891 to 1895 he studied sculpture and design at the Dresden Academy of Arts. He then moved to Paris, where he studied at the Academie Julian from 1895 to 1896 and worked as a sculptor. Between 1901 and 1905 he designed ceramics for the Muntz factory in Wedel and it was during this period that he became friends with the publisher Reinhard Piper. Another important supporter was the art dealer Paul Cassirer, who also helped the painter Oskar Kokoschka.

In 1906 Barlach undertook a journey across the Russian steppes with his brother, a point in his life which coincided with the birth of his illegitimate son. He saw this as a turning point in his career. Amongst the peasants of Russia, he saw “Christian humility towards all things” and started to read the works of Dostoevsky and Tolstoy. Barlach’s drawings and sculptures of Russian beggar women are some of his most famous works, exploring the material and spiritual needs of human beings. His characters are solid, reduced into their essential geometric forms, their eyes are often closed or half-closed. Sometimes the facial expressions are primitive, sometimes grotesque or touchingly comic.

Art became for Barlach an expression of a spiritual search for God, inner self, and other human beings. By the 1920s, he was considered one of the leading expressionist sculptors of the country.

Barlach died on October 24, 1938 and was buried near his father in Ratzeburg. 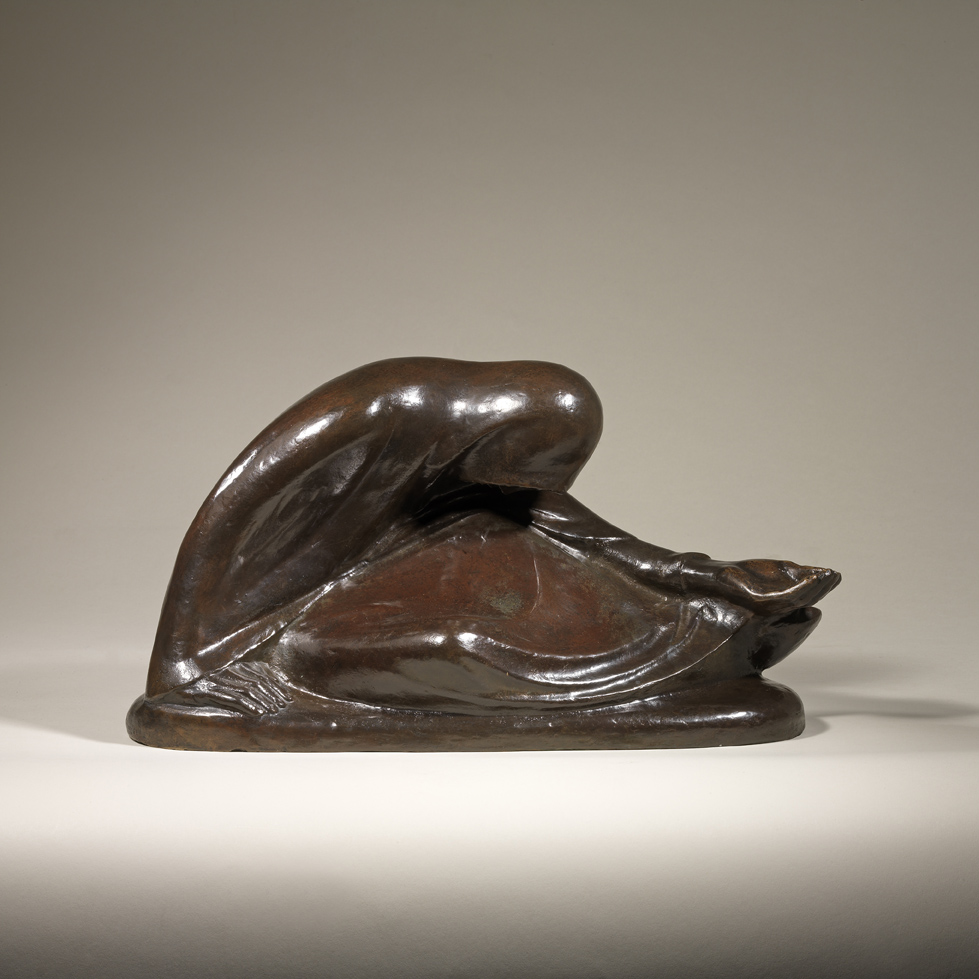