Alfred Barye was born in Paris in 1839, the son of the great Animalier master Antoine-Louis Barye, under whose tutelage he first began to sculpt. From 1864, his pieces were exhibited at the Salon, and during this early period he was known to specialise in racehorses, but his oeuvre soon expanded to include a wide variety of animal subjects. He is known also to have produced some fine figurative work, and like his father, he is chiefly known as an Animalier, although he also produced several oriental subjects.

His sculptures have a deceptive simplicity, demonstrated in works such as Rhinoceros, Camel and Elephant, as well as more domestic pieces such as Spaniel and Doll. Barye’s final submission to the salon was in 1882 and he died in Paris in the same year. In 1897, he received an honourable mention for the work Aide Fauconnier Indien, Retour de Chasse à la Gazelle. 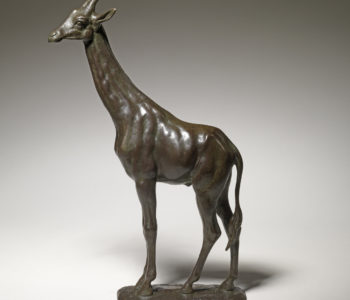 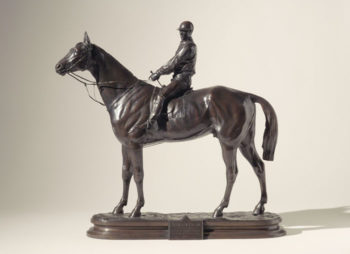 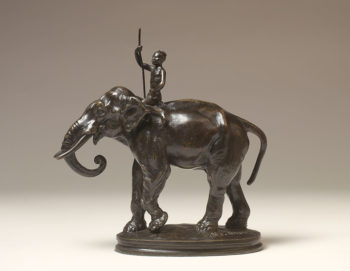 Indian elephant with a Mahout, 1875 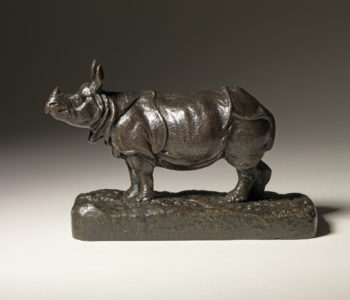 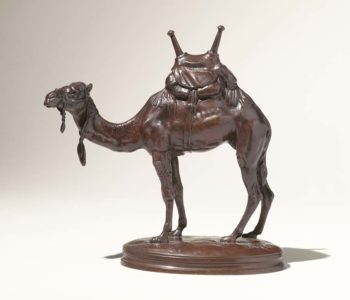