Born in 1815 in Vaast, in the district of Manche, Lenordez settled in Caen where he built his reputation as an Animalier sculptor. He is particularly known for his accomplished models of horses. His style, similar to that of the racing paintings produced in the early nineteenth century is very recognisable. Notably the shape of the head, thin nose, flared nostrils and alert eyes. He joined many horse racing groups and received commissions for portraits of known horses. Thus, his sculptures represented real sporting horses, winners of important races in the equestrian calendar or horses who had strong blood lines and were responsible for siring a succession of outstanding winners. Indeed, many of his sculptures have plaques giving details of the name of the horse, the race it had won, the year and sometimes even the lineage.

Much of Lenordez’s work was cast by either Boyer or Duplan et Salles, both of which were known for producing good quality crisp detailed casts. A typical patina is dark brown to black, with golden highlights, resulting in a nicely worn effect on some of the models found today.

Lenordez exhibited at the Salon in 1855 where he exhibited a wax model of a stallion called ‘The Baron’ who stood at the Imperial Stud in the Bois de Bologne, Paris, France. He continued to exhibit at the Salon until 1877. 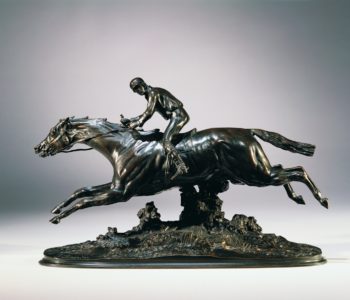 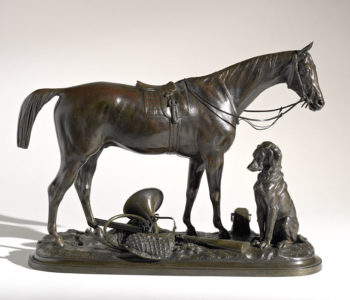 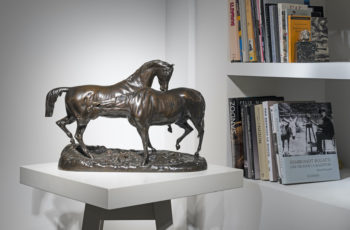 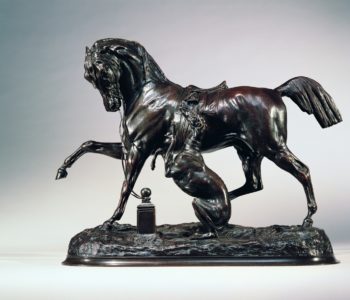