Born in Senlis, Oise, in 1835, Moigniez’s career began at the Paris Universal Exhibition of 1855 where he submitted a plaster of a ‘Pointer Seizing a Pheasant’. Like his mentor and tutor, Paul Comolera (1818-1897), Moigniez was interested in the depiction of birds. However, besides his herons, pheasants, swallows, eagles, sparrows and cockerels, he modelled other animals including dogs, gazelles, mares and chickens as well as hunting scenes and racehorses. His sculptures are often highly detailed, often incorporating highly detailed bases with bushes, foliage and undergrowth.

He continued to exhibit regularly at the Paris Salon between 1859 and 1892 and enjoyed great success, not only in France but also overseas, principally in Britain and America, where he sold much of his work.

Moigniez’s bronzes were produced by his father, originally a gilder, who opened a foundry for the purpose. The quality of the lost-wax casts which he produced was exceptional; the bronzes were immaculately chased and a variety of patinas were used. Renowned for the plasticity of his work and for its fine detail, Moigniez’s sculpture has a certain elegance of attitude. His bronzes continued to be cast until the beginning of the twentieth century by Auguste Gouge who was his father’s successor as head of the foundry.

Moigniez’s work can be seen at the museum of the Chateau de Compiegne, north of Paris, which houses some of the French national collection. His works are also within the collections of the museum at Mont-de-Marsan. 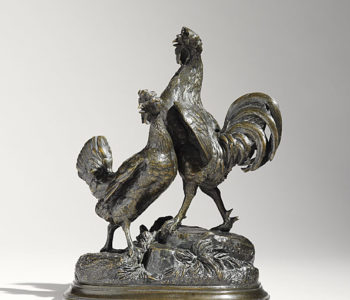 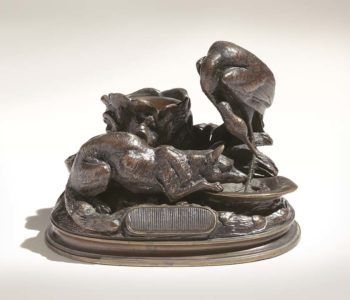 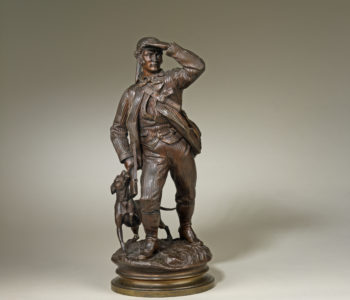 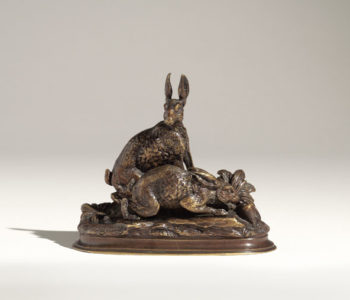 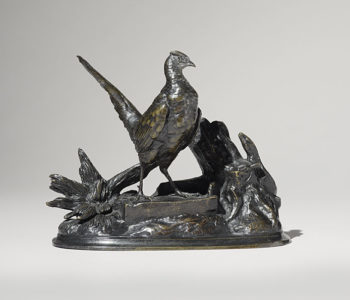 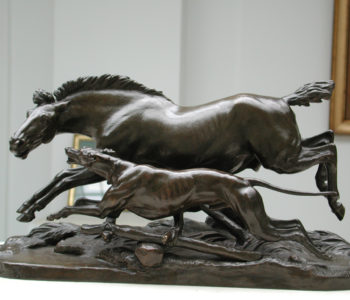 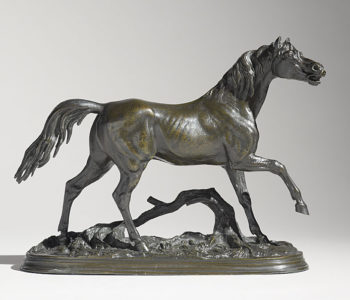 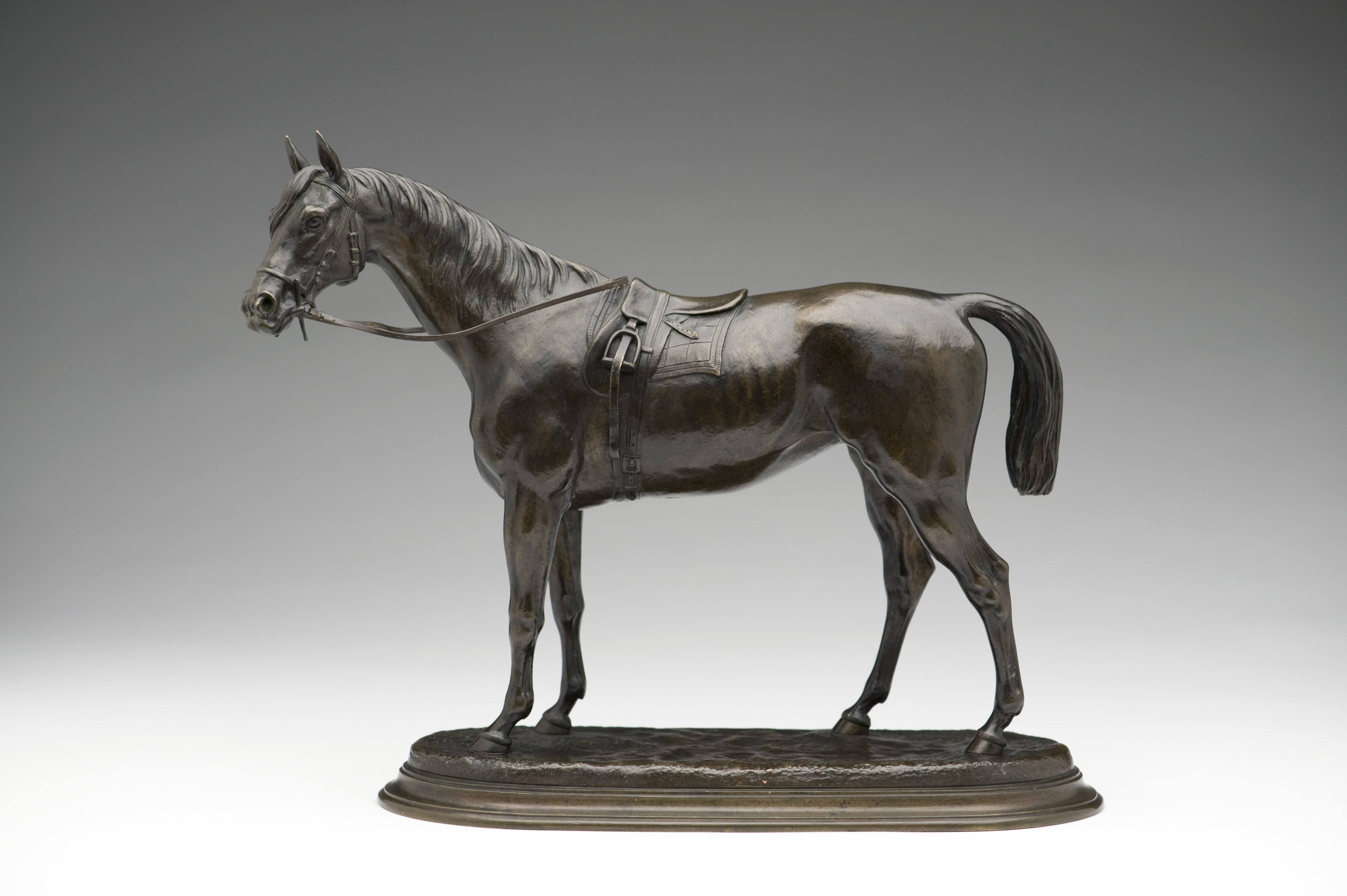 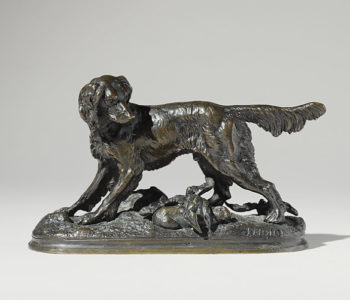 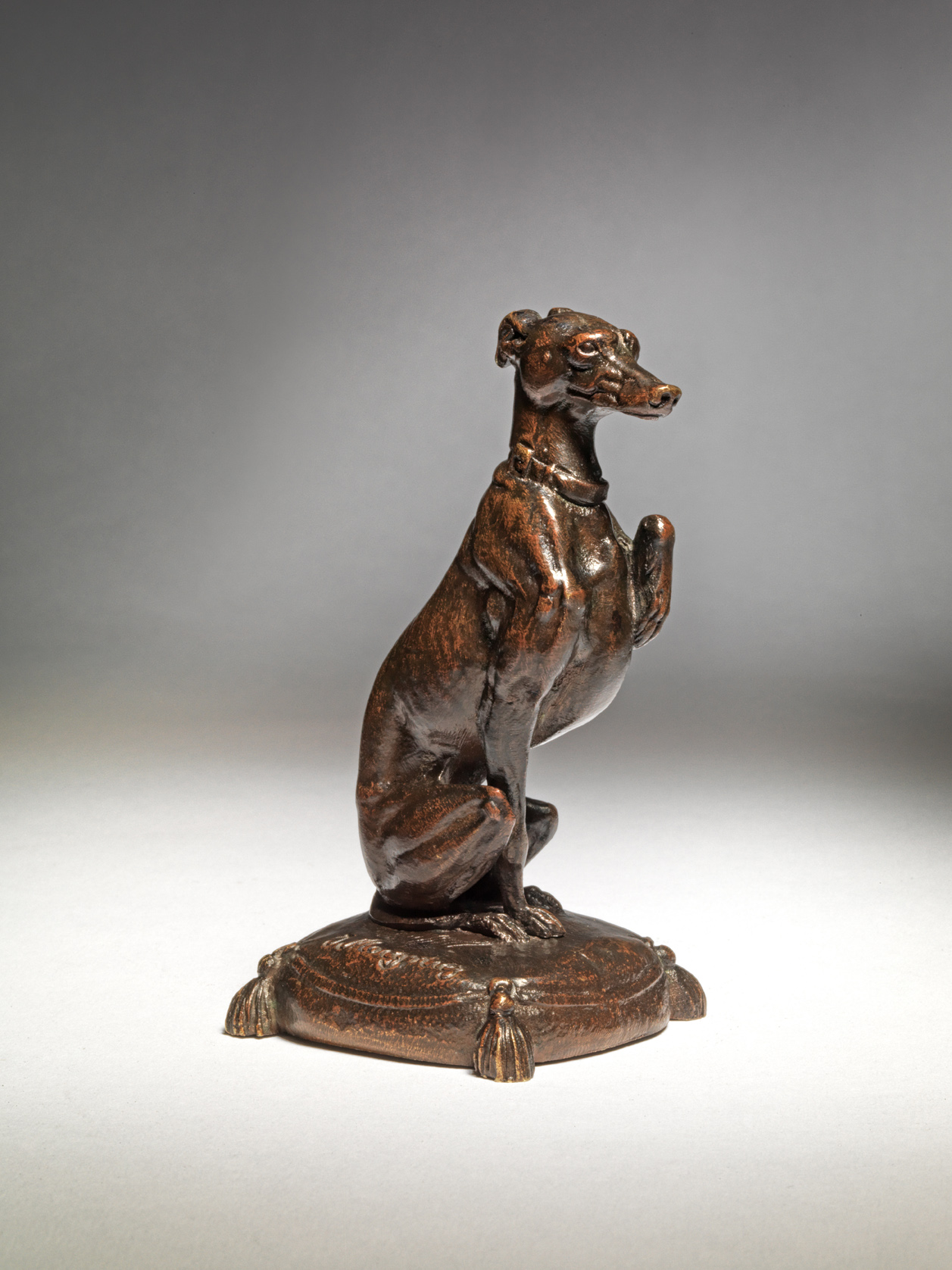 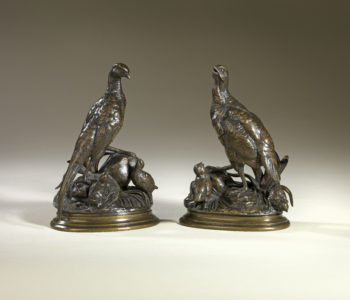