Jean Joachim got his training, from a very young age, in the workshop of his father Joseph-Louis Supéry (1867-1944), in Malakoff, before finishing his artistic education at the Ecole des Beaux Arts. Early in his career he gained a reputation as a stone carver and attracted the attention of François Pompon who employed him as a practitioner in his atelier. In 1927, Pompon entrusted to him an important commission from the French state: the stone carving of the celebrated Polar Bear, the plaster of which had been exhibited at the Autumn Salon of 1922. Joachim exhibited regularly at the Autumn Salon, from 1927. After the second world war, he was appointed professor at the Ecole Nationale des Arts Appliqués and at the Ecole des Métiers d’Art. 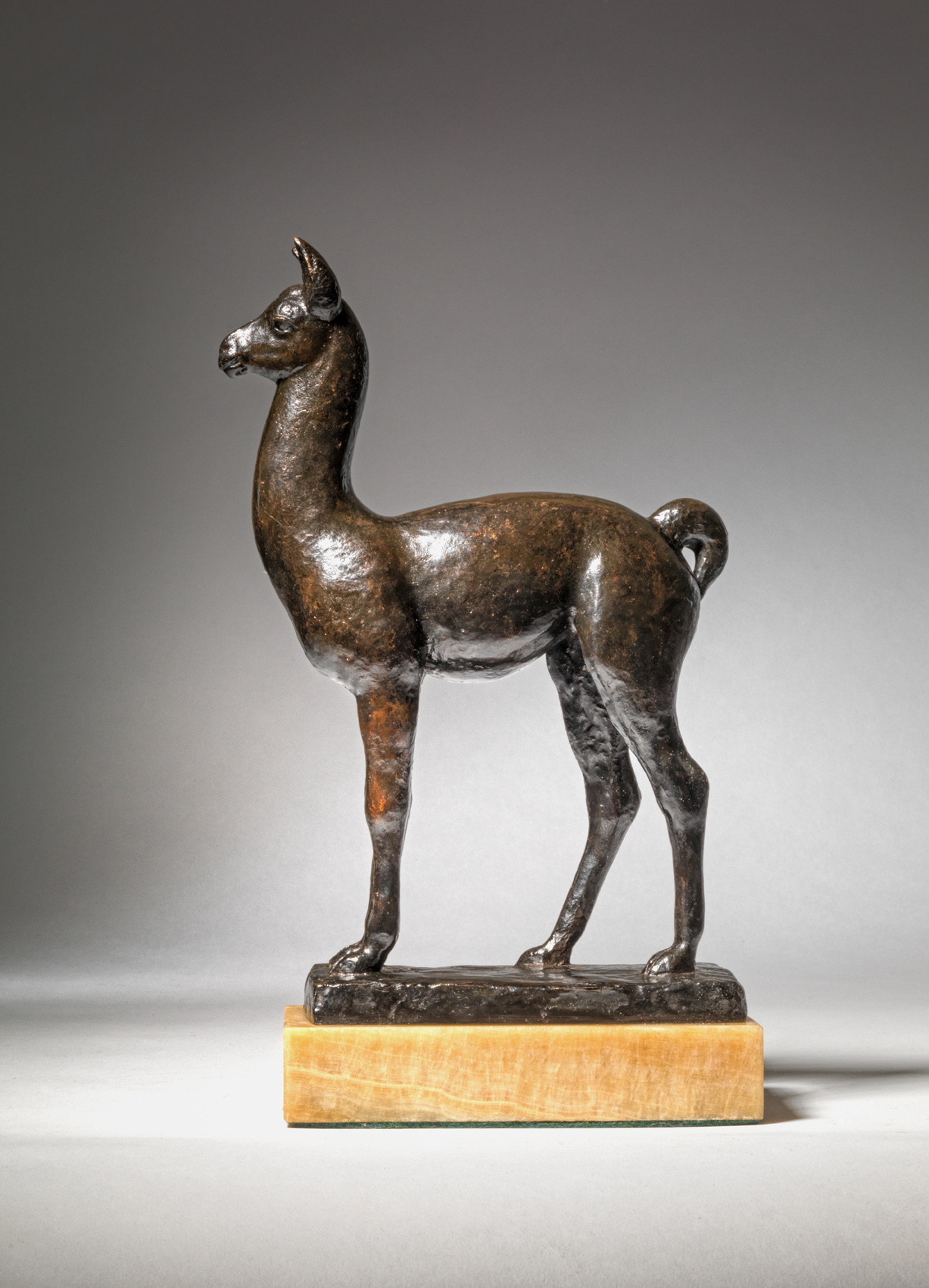