Jean-François-Theodore Gechter was born in Paris in 1796, and studied under Bosio and Gros. He exhibited at the Salon from 1827 to 1844, and became a Chevalier of the Legion d’Honneur in 1837. Although primarily known for his figures, portraiture and public statuary, Gechter excelled at Animalier sculpture and became a friend of Antoine-Louis Barye. He was particularly adept at modeling horses, and many of his compositions centered around the same basic pose of a horse shying with its neck lowered. This was first shown in cast-iron at the Salon in 1838. Other later variants included a fallen Amazon and a Monkey with Jockey Up. Similarly talented at modeling dogs, with Greyhound and Hare, Gechter skillfully captures the taut musculature and elegant posture of the greyhound, in contrast to the shaggy coat and limp body of the hare. 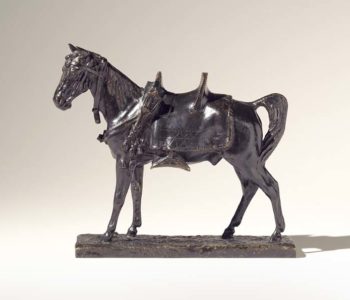 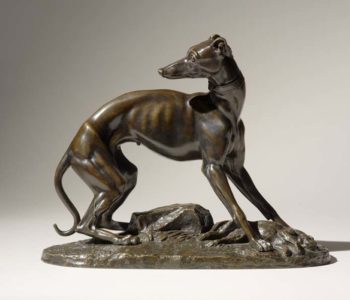 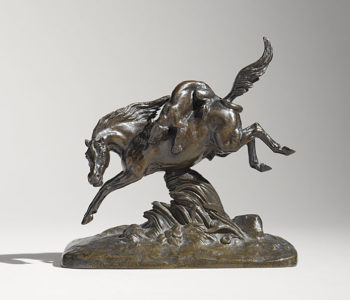