Jacques Froment-Meurice came from an upper middle class family who had a history of working with bronze and precious metal dating back to the mid-eighteenth century. He was born and raised in the large family home in Paris.  Rejected by the Saint Cyr Military Academy, he still completed active service, serving in the light cavalry.  He then joined the family business, no doubt with the intention of eventually taking over from his father. In 1886 he enrolled in veterinary school and began attending classes at the Académie Julian, an independent art school. Bronze founders were often keen to give their sons an education in the arts, believing that a trained eye would help them in the selection and visualisation of their models. However, Froment-Meurice soon left the family business to pursue a career as a sculptor himself. He worked first for Henri Chapu, until he died in 1891 and subsequently for Auguste Chapey, who produced medals. His submissions to the ‘Salon des Artistes Français’ began in 1889 and were sponsored by both these sculptors. In 1892 he was awarded a medal of honour and he remained with the Salon until 1935.

Fundamental to the evolution of his work was a year spent travelling in Europe and Africa, after which his subject matter underwent a change of emphasis, as horses and dogs were represented alongside the busts and figures.  In the ‘Exposition Universelle’ of 1900, he competed in the class of bronze makers of small-scale sculpture, mainly Animaliers. He exhibited decorative pieces sculpted in an extremely luxuriant and romantic style, for which he won a gold medal. In  1901 he returned to the Salon of the ‘Société Nationale des Beaux-Arts’ concentrating on equestrian portraits, describing the horse as a living sculpture pedestal. He did not neglect more humble equine subjects as is shown by his piece Paysan du Béarn montant sa jument mulassière.  In 1904 Hébrard approached him with a view to editing some pieces from Les Gestes des Anes, a series of donkeys portrayed in a variety of different situations. His contributions to the first ‘Salon des Artistes Animaliers’ in 1913, consisted mainly of depictions of the horse family, ranging from a thoroughbred stallion to a worn out old donkey.

After the war, he moved away from stylised romanticism, which was possibly a hangover from his early career in precious metals, towards a gentle allegorical lyricism that at times verged on the bizarre. He was commissioned to complete a war memorial for the veterinary school in Maisons-Alfort, and for the towns of Evreux and Thiais. He also completed a number of other memorials, including a marble monument to Chopin in 1906 at the parc Monceau and a plaster monument to Maréchal Soult in the musée de la Vie romantique, Paris. In 1933, financial difficulties meant he had to leave his spacious ateliers in Brunoy and at this time he donated his pieces to various museums.

Froment-Meurice worked in stone, marble and sandstone but above all in bronze. At times his casts echo the meticulous detail appropriate to jewellery, reminiscent of chryselephantine sculpture where a mixture of marble, onyx, pewter, gold, silver and semi-precious stones was used (See his Vierge au lys, produced in conjunction with the Maison Boucheron). Despite this change of sculptural direction after the First World War, he remained faithful to the applied arts and alongside his monumental and Animalier pieces; he exhibited decorative objects, street furniture and jewellery in the ‘Decorative Arts’ section of the Salon. However, his preferred subjects were those of the animal world, particularly those connected with hunting: horses sometimes with riders, deer, stags, dogs, wild boar and also more lowly rustic animals such as donkeys and oxen. He was very careful in his choice of founders and was tremendously loyal to them. For most of his work he used François Rudier whom he referred to as Rudier l’Ancien. More occasionally he used Alexis Rudier père or Alexis Rudier fils, Eugène.

With regard to the casting of his work he was demanding in the extreme and if a proof did not measure up to his high standards, he was prepared to pay to have it done again and again, if necessary. He was particularly fastidious when it came to the patination of his bronzes and sometimes insisted on executing it himself. A note in his handwritten notebook, which he scrupulously maintained, regarding a proof of Après l’amour (baudet du poitou) which was cast by Eugène Rudier states that it has an  « exceptional patina réalisée au feu.  Before the First World War, several models from the Gestes des Anes series were edited by Hébrard (the contract ran until 1936), and also by Maison Roolf et Cie in galvanoplasty. Goldscheider and Arthur Bertrand also edited a small number of pieces.

Froment-Meurice died in 1947 in Maisons-Lafitte, in the north-western suburbs of Paris, an area which is famous for horse racing. His studio and its contents were sold in December 1998 at the Hôtel des Ventes, Boulogne. 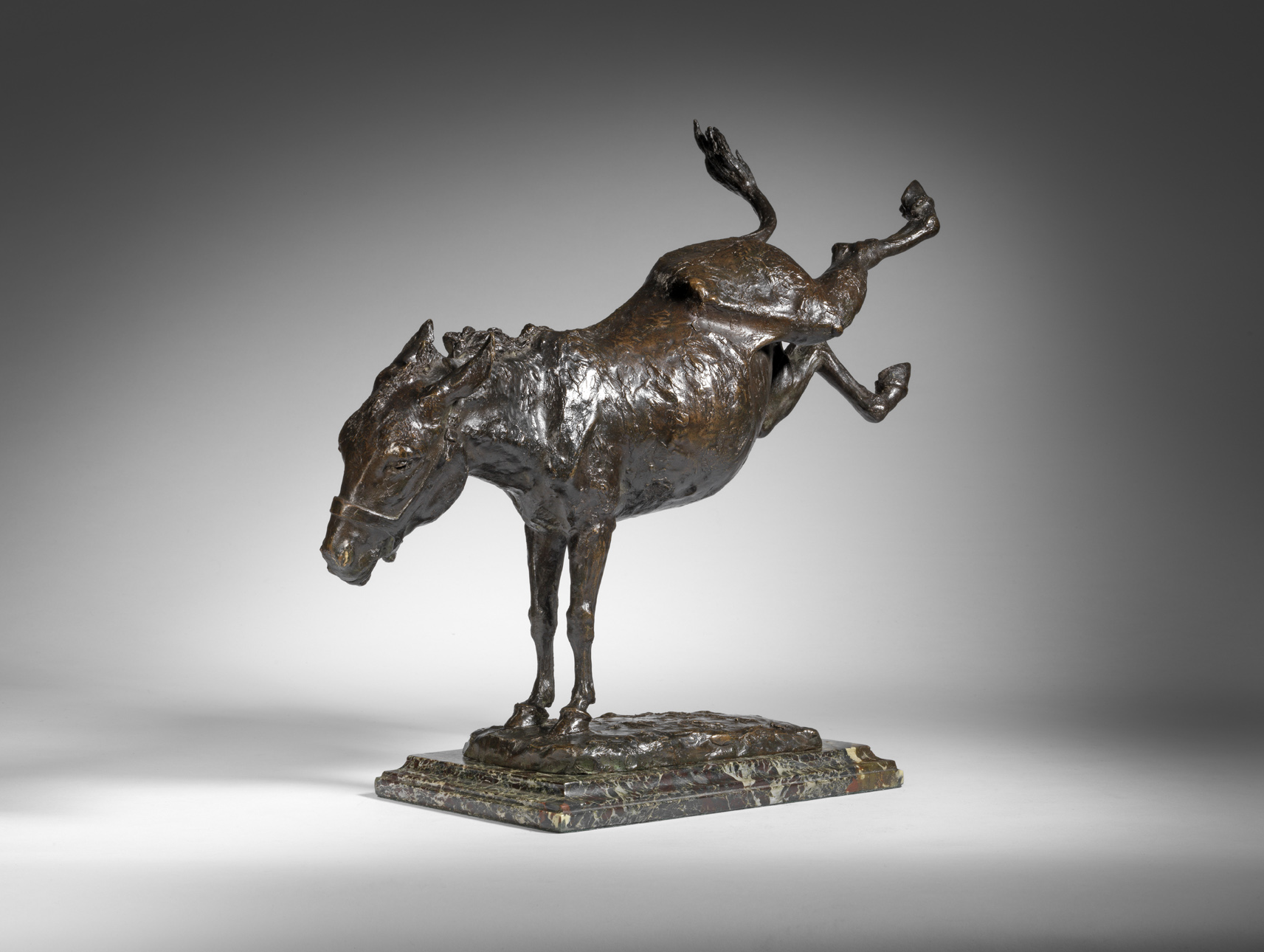 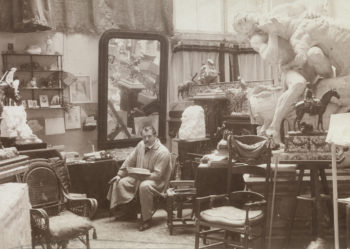 The artist Jacques Froment-Meurice in his studio