Henri Gaudier was born in 1891, close to Orleans, on the edge of the hamlet of Grasdoux, St-Jean-de-Braye. To the north was the vast forest of Orleans, to the south the Loire. His father was extremely knowledgeable and taught him the names of plants and trees and the habits of the birds and animals. His upbringing was described as below:

‘He loved a country life and … used to spend his school holidays fishing and wandering in the woods watching the animals and birds.’

At the age of eleven, he was enrolled as a scholarship candidate at the Ecole Primaire Supérieure for boys in Orleans, where he spent nearly four years. At the age of fourteen in 1906, he spent two summer months in London, at a boarding house in Bayswater. In 1907, he returned to the UK, enrolling in a technical college in Bristol.

During his time in Bristol, he regularly visited the Clifton Zoological Gardens, where he often did many drawings of the animals. Unfortunately, no drawings from this period survive, as at this time it was his custom to destroy them as soon as they were finished.

In April 1909 Gaudier travelled through Europe to Germany, where he spent a number of months. He then returned to France, visiting his family for the summer before moving to Paris. On arrival, he complained he disliked Paris, as it required several hours on trains to escape the suburbs and reach the forests that circle the city.  He initially found work as a clerk, work that he found monotonous. Each evening he would retreat to the Bibliothèque Ste-Geneviève, on the Place du Pantheon where he made a bohemian circle of acquaintances, many of whom were Slavs, Germans and Russians.

Gaudier Brzeska’s relationship with the city was complex, he wrote;

‘When I face the beauty of nature, I am no longer sensitive to art, but in the town I appreciate its myriad benefits – the more I go to the woods and the fields the more distrustful I become of art and wish all civilization to the devil; the more I wander about amidst the filth and sweat the better I understand art and love it; the desire for it becomes my crying need.’

However, he later wrote that he was tempted to be a farmer, as only a country life gave him pleasure, and he had begun to feel that farming was ‘the most lovely of the fine arts’.

In 1910 he met Zofia Brzeska a polish woman in her mid thirties, whom he noticed and sketched at the Bibliothèque St-Geneviève. Platonic lovers, she soon became an adoptive mother to him, he loving her with what he described as a pure love. Disillusioned with Paris, in 1911 they moved to London, where they took rooms together, assuming the status of brother and sister. It is at this point, that he took her name and added it to his own.

Gaudier Brzeska’s time in London was the most influential and prolific of his career. It was here that he met Jacob Epstein and Ezra Pound with whom he developed strong friendships and artistic relationships, the older mentors guiding this young, driven and impulsive character. They became founding members of the ‘Vorticist Movement’, who strove to create ‘art before it has spread itself into a state of flaccidity of elaboration, of secondary applications’. They aimed to capture the ‘primary pigment of art’.

From 1911 he started to produce sculpture, carving direct into stone, showing considerable energy and drive. He articulated his attitude towards the sculptural medium in the Vorticist publication ‘Blast’;

‘Sculptural energy is the mountain

Sculptural feeling is the appreciation of masses in relation

Sculptural ability is the defining of these masses by planes.’

The 1914 work ‘Bird Swallowing a Fish’ is a masterpiece of Vorticist sculpture. Here, he formalises the anatomical properties of the two subjects, with such vigour that they become a single form, their recognizable features fading away. The sculpture captures a moment of deadlock, a fusion of two forms.

His animal sculptures often retain some of the intimate affection displayed in his drawings, whether working in the small scale, producing intimate carvings for friends, or larger scale works.

From the days of his childhood to his final days in the trenches, he remained at one with nature, his love of animals, birds and plants fundamental to his artistic expression.

Henri Gaudier Brzeska died at the age of 23, after serving two months at the front. Pound wrote:

‘We have lost the best of young sculptors, the most promising.’

Lauded by Henry Moore in the 1920’s he is now recognised as one of the pioneering sculptors of the early twentieth century. 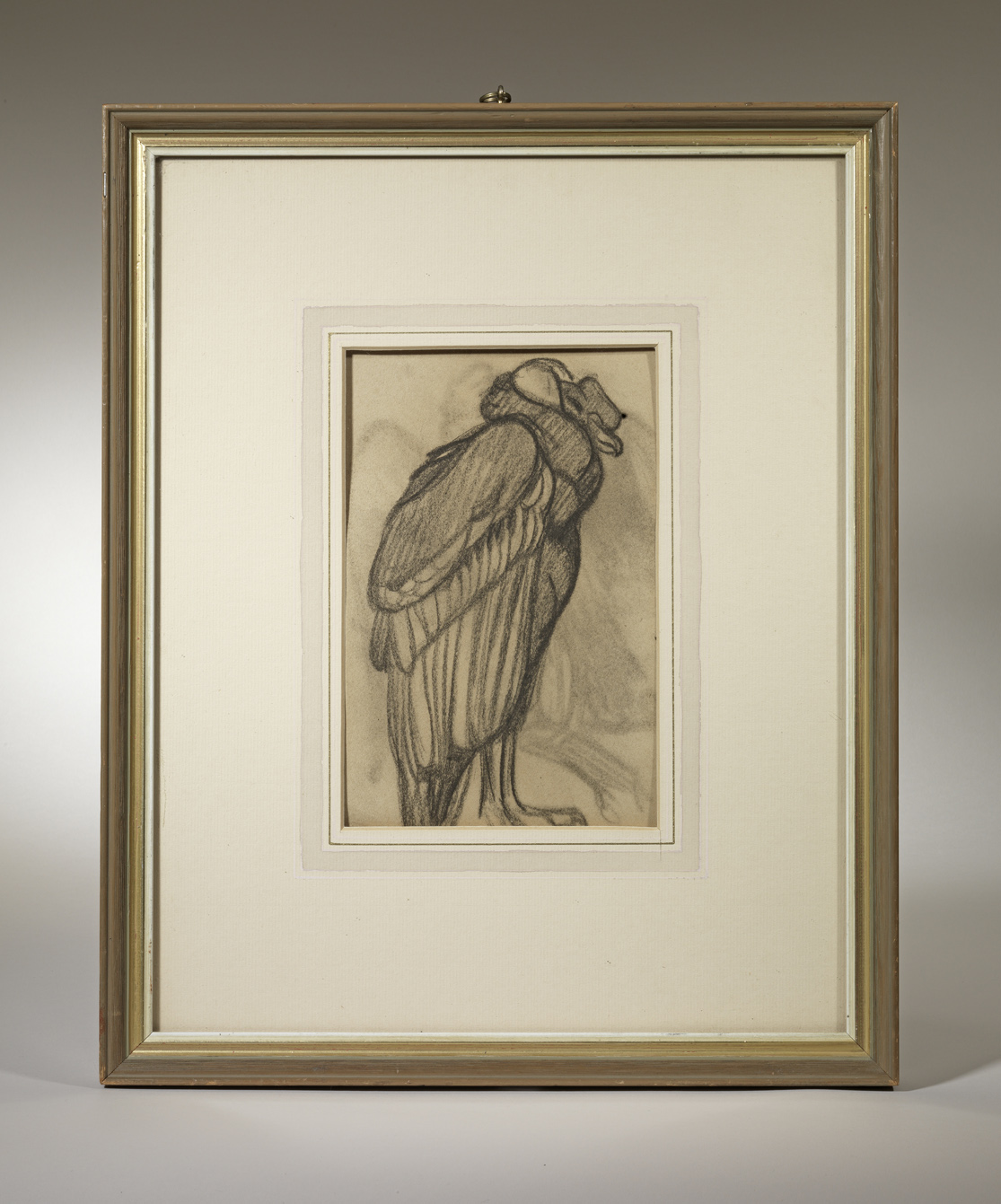