Count Arthur Marie Gabriel du Passage was born on 24 June 1838 at the Chateau of Bernaville in Fisheu le Grand.  From an early age he developed a love of the horse, and equestrian subjects provided the main theme of his work throughout his career.

Whilst serving in the army he studied under Antoine-Louis Barye and P.J. Mene, and exhibited in Paris for the first time in 1865.  Shortly after this Du Passage suffered an accident that left him paralysed from the waist down, confining him to a wheelchair and as a result he left the army and returned to the family home, the Chateau de Bernaville.  With the help of his old Polish assistant he was able to spend most days drawing and modelling at the stables.

Du Passage’s most famous pieces are ‘Trotting Horse and Groom’, ‘The Smuggler’ and ‘Joan of Arc’.  Although the majority of Du Passage’s sculptures depict horses he also produced some fine models of dogs, including a fine model of ‘Two Greyhounds Coursing a Hare’.

The Compte du Passage died at the Chateau de Bernaville on 1 February 1909. 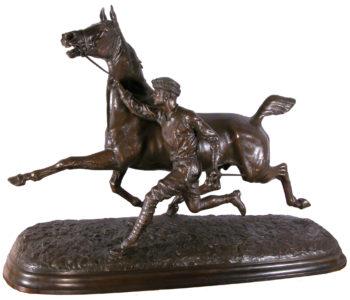 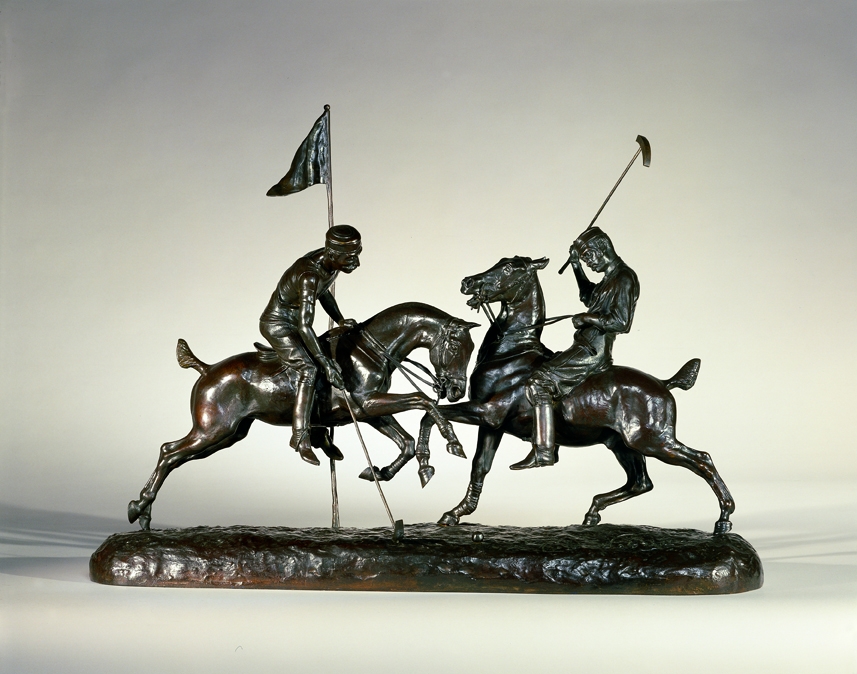