Auguste Nicholas Cain was born in Paris on 10th November 1821 and started his career as a joiner but later joined the atelier of P.J. Mene, whose daughter he later married.  Cain also studied sculpture under Rude and Guionnet and first exhibited his work at the Salon of 1846.  His first exhibit was a wax model of a “Linnet defending her nest against a Rat”, which was subsequently edited in bronze and shown at the Salon of 1855.  From 1847 through to 1888, thirty-eight of Cain’s works are listed as commissioned or exhibited at the Salon.

Until 1868 Cain concentrated on producing small animal bronzes which clearly show Mene’s influence.  Whilst he concentrated on animals in their natural habitat, especially in his larger works depicting the conflict between animals, Cain also produced a wide range of domestic and farmyard animal bronzes.  He imbued these smaller works with humour and character whilst retaining their realism.

After this period, Cain focused his attention on monumental statuary and battle scenes.  His most notable piece from this period being the colossal equestrian statue of Duke Karl von Braunschweig, sculpted in 1879 for the city of Geneva.  In addition to this masterpiece, Cain executed a “Lion and Ostrich” for the Luxembourg Gardens, a “Bull” for the Trocadero and the magnificent “Tiger and Crocodile” in the Tuileries Gardens.  Following his death in August 1894, his “Lion and Lioness fighting over the corpse of a Bear” was erected in his honour in the Place Montholon in Paris.

During his lifetime Cain edited his own bronzes in Mene’s foundry, which he continued to operate after the latter’s death, yet his larger works were often cast by the F. Barbedienne Foundry.  The Susse Freres foundry, finding Cain to have commercial appeal, bought some of his models and issued a catalogue of his work shortly after his death.

Whilst Cain’s small animal sculptures remain highly collectable today some of his larger works can still be found throughout France today, most notably at the Chateau Fontainbleu, the Museum of Decorative Arts, Paris; the Orsay, Paris; Riom, Strasbourg and Versailles. 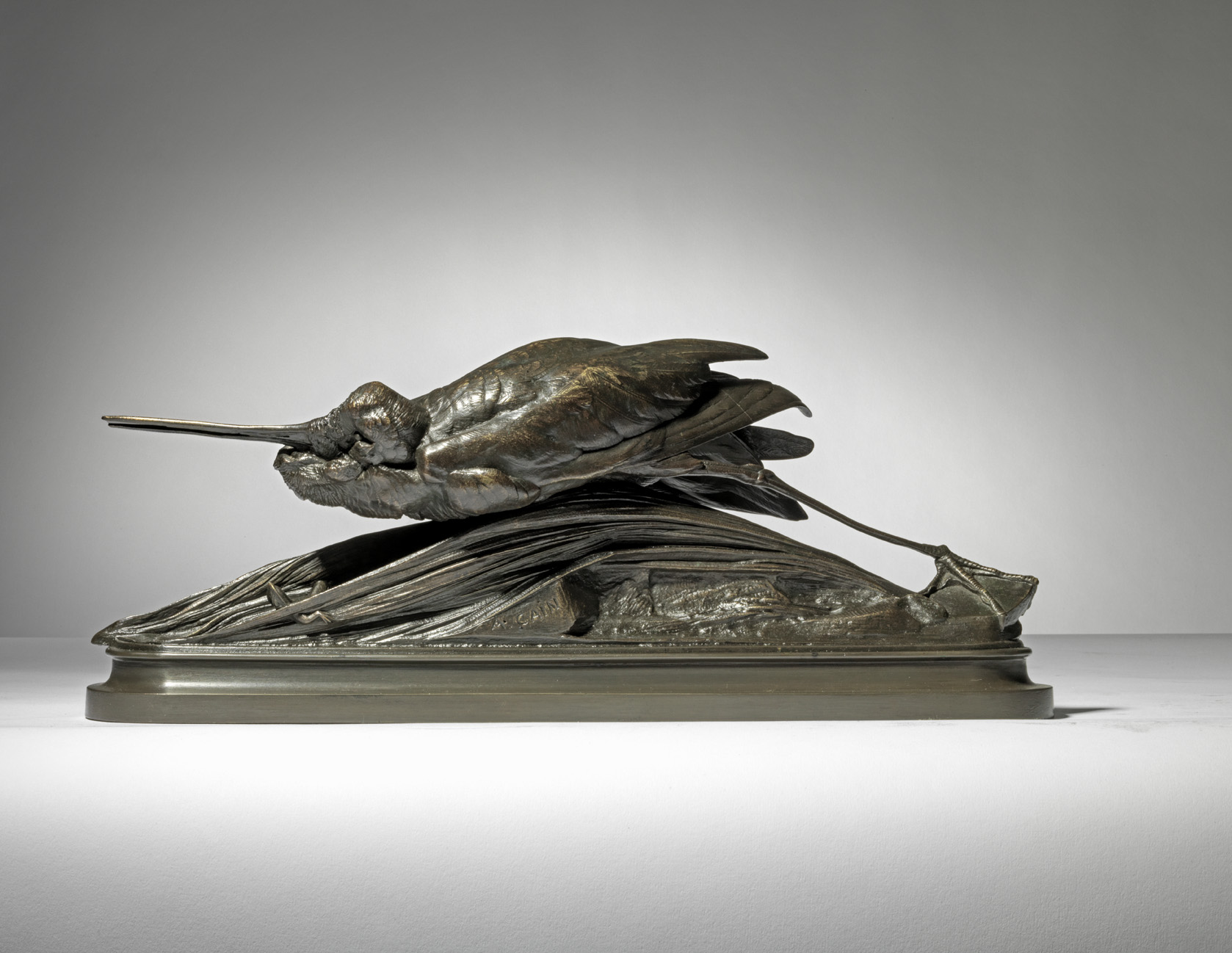 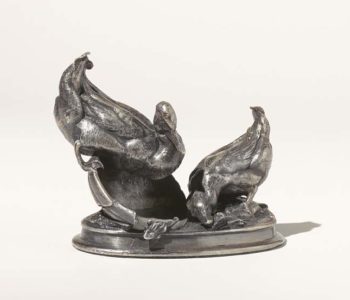 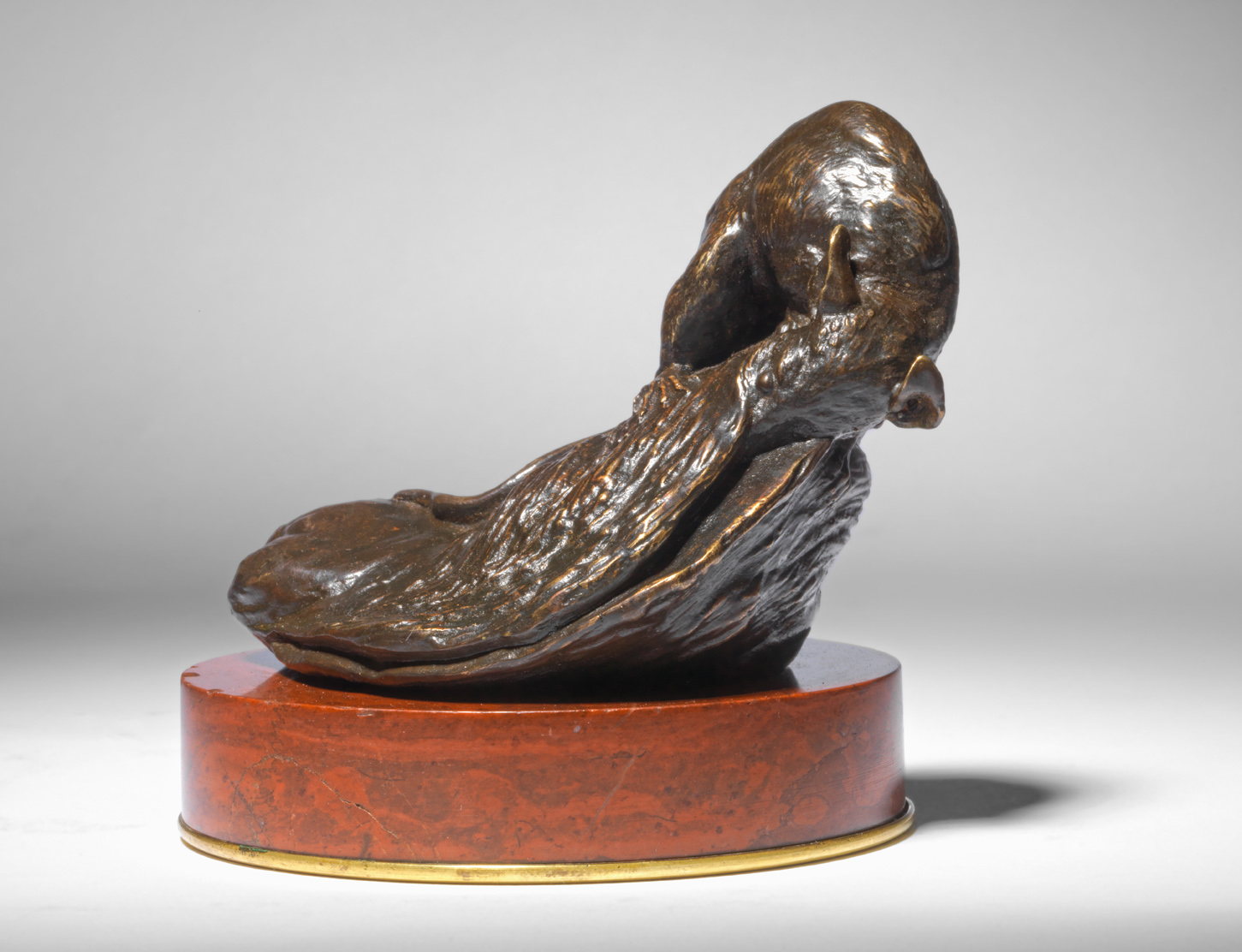