Born in Bordeaux, Auguste moved to Paris with his family in 1829. Like his sister Rosa, he demonstrated skills in drawing early on, first training with his father and then in 1848 with the master Paul Delaroche at the École des Beaux-Arts. His father expected him to earn a living teaching art, but Auguste preferred a career as a professional painter. He first specialised in portrait and genre painting, switching in 1852 to animal subjects. In 1865 he moved permanently from Paris to the rural Magny-les-Hameaux. He became a regular exhibitor here and at the Bordeaux Salon for the rest of his life. Auguste received a third-class medal in the Salon of 1852, a second-class medal in 1859, a first-class medal in 1861, a rappel in 1863 and he was named Chevalier de la Légion d’Honneur by the French Government in 1867. He also enjoyed extensive patronage in England where he showed at the Royal Academy in 1857, 1873 and 1874. He also took part in London exhibitions organised by Ernest Gambart, who was the art dealer for Rosa and the family.

Auguste received favourable reviews throughout his career. Critics praised not only the anatomical precision of his animals, but also his remarkable landscapes, for which he is best known today. 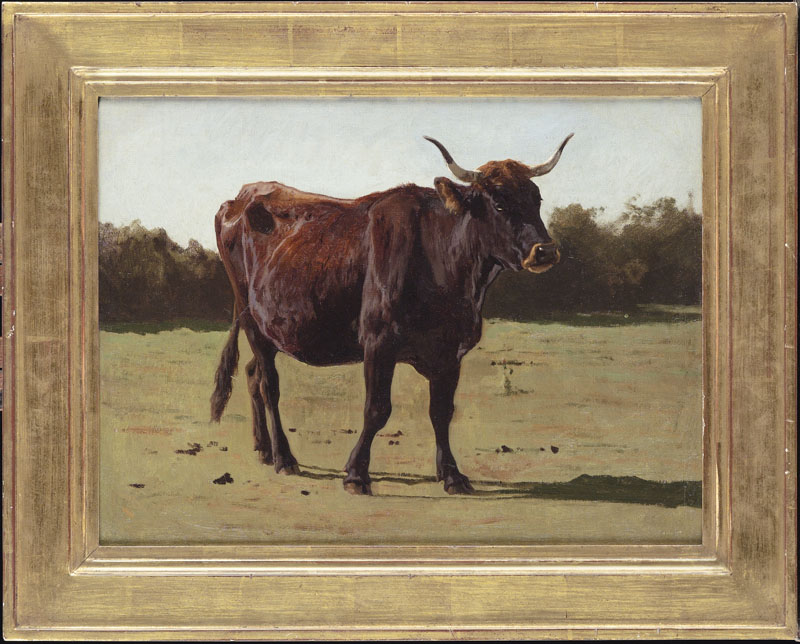