Although Modigliani left no written record about his sculpture, there is overwhelming evidence that he wanted, above all, to be a sculptor and not a painter. His friend and sometime lover Nina Hamnett wrote in her memoirs in the early 1930s: ‘He always considered sculpture to be his real métier, and it was probably lack of money and difficulty in obtaining material and the time necessary to finish the work which took him back to painting in the last years of his life.’

He suffered several major illnesses as a child, including the tuberculosis which would eventually kill him in January 1920, aged just 35. In 1902 he enrolled at an art school in Florence where he studied painting. That year, he was living in Pietrasanta, near the Carrara marbles quarries, and it is likely he was working on sculpture even at that early date. He then spent three years studying painting at an art school in Venice, from 1903-1905. A friend at that time, the artist Ortiz De Zarate, later recalled that even at that date, Modigliani ‘had the ardent desire to become a sculptor… He painted as a second choice; he wanted at all costs to work in stone and he never ceased in that wish for the rest of his life.’

Modigliani moved to Paris in 1906, taking a studio in Montmartre in the north of the city. He met the Romanian sculptor Constantin Brancusi in 1908. The following year he moved to Montparnasse in the south of Paris. Brancusi lived nearby. Influenced by Brancusi, Modigliani began carving directly. Jacob Epstein, who met Modigliani in 1912 and became a close friend said that ‘he bought blocks of stone from a mason for just a few francs and took them back to his studio in a wheelbarrow.’ The critic André Salmon invokes a more rakish story, telling us that Modigliani stole his blocks of stone from building sites at night and got into scrapes with the police, and he tells the story with such detail that one is inclined to believe him. With direct carving, the sculptor simply takes a chisel and starts carving, without first making any clay design. This often means that the final sculpture reflects the form of the block, as is invariably the case with Modigliani’s work. Modigliani’s sculpture was also very much influenced by non-western art, particularly African, Egyptian and Khmer (Cambodian) sculpture.

The only time he exhibited sculpture at any of the Salons, was at the 1912 Salon d’Automne when he showed a group of seven of them under the group title Head, Decorative Ensemble. The original stone version of the present work, long thought lost, was one of those seven works, and is visible in a photograph taken of the installation. Epstein recounts going to Modigliani’s studio that same year and seeing a group of these heads: ‘His studio at that time was a miserable hole within a courtyard, and here he lived and worked. It was then filled with nine or ten of those long heads which were suggested by African masks, and one figure. They were carved in stone; at night he would place candles on the top of each one and the effect was that of a primitive temple… He lived alone in that period, working entirely on sculpture and drawings.’ Modigliani’s plan, it seems, was to make these heads into a kind of temple, though the ambition remained unfulfilled: he soon abandoned sculpture, partly because the physical effort of carving was having a severe effect on his health and also because the sculptures, unlike the paintings, had no commercial success.

Modigliani died in 1920, having made a total of about twenty-six stone carvings. 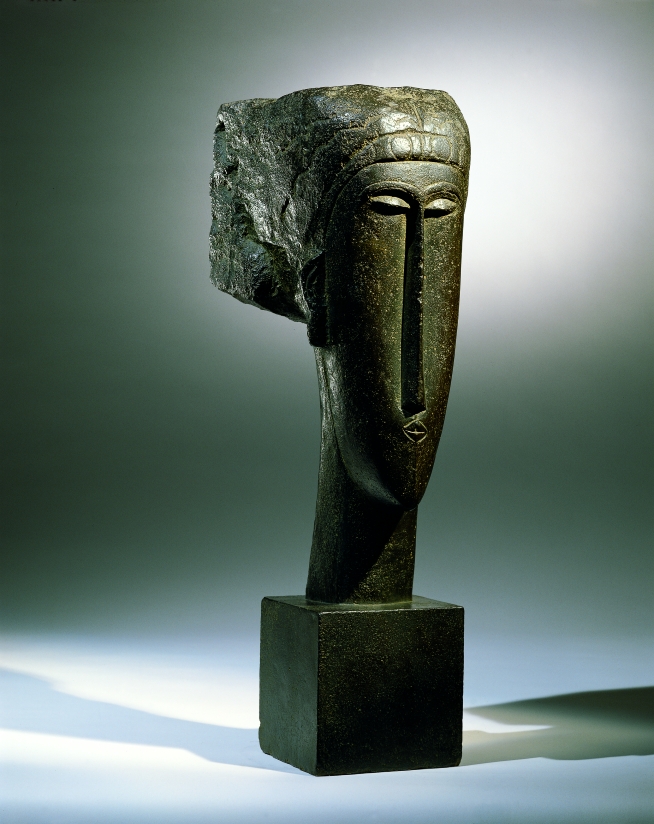 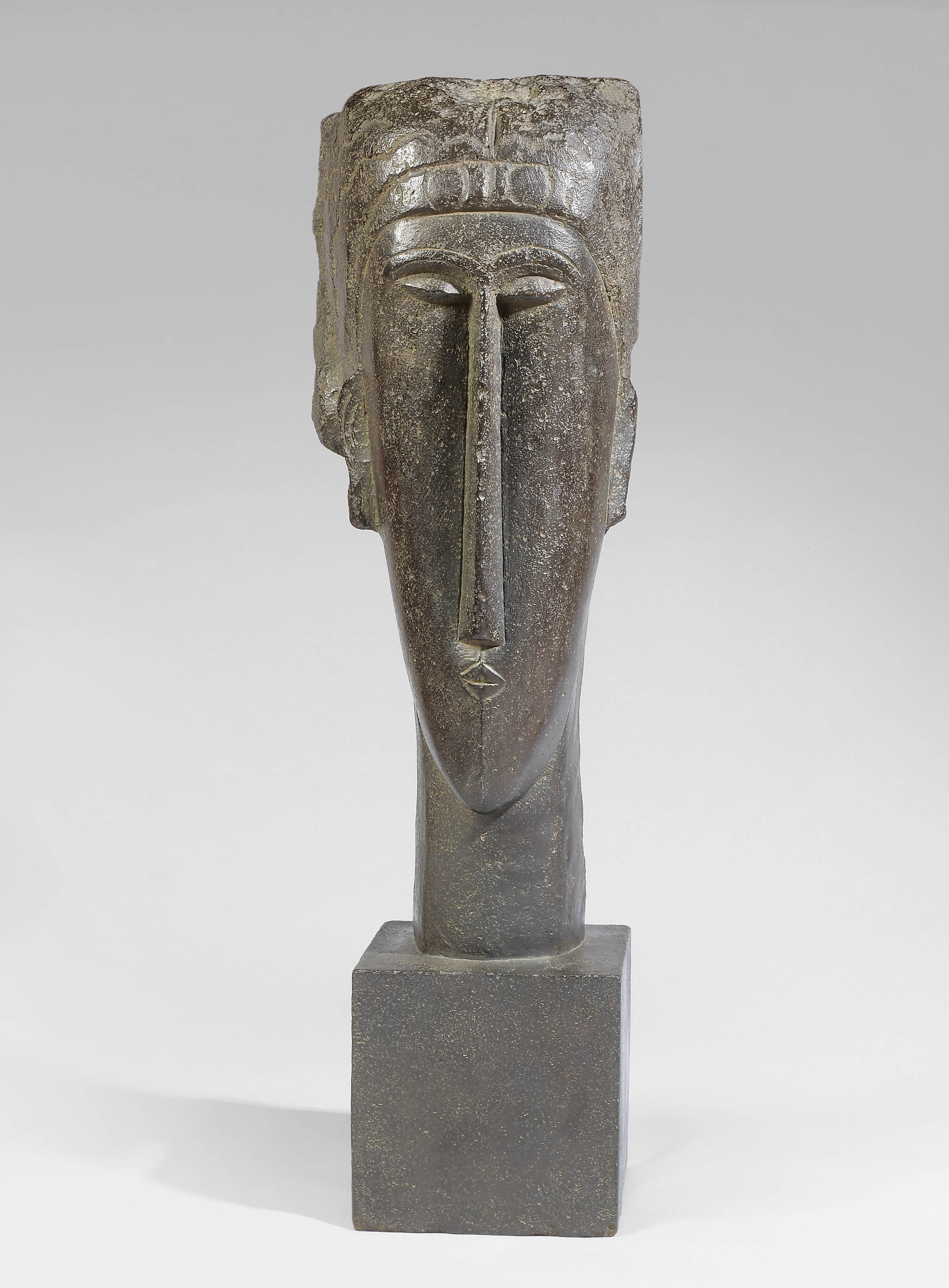 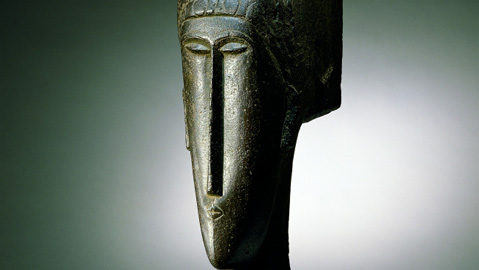