Kai Nielsen was born in 1882 in Svendborg. At 15 he became an apprentice painter but was artistically inclined and began to paint landscapes and portraits. At the same time he studied at the technical school in Svendborg where he was taught modelling by Edvard Eriksen, later famous for creating The Little Mermaid in Copenhagen. In 1901 he moved to Copenhagen and took drawing classes to prepare for the Art Academy. When he applied, they rejected his drawings but accepted him into the Sculpture School in view of a portrait bust he had made in Svendborg and he became a student of Carl Aarsleff. At the Academy he began a life-long friendship with Einar Utzon-Frank who also studied sculpture. Together they explored the modern collections at the Ny Carlsberg Glyptotek where Nielsen was particularly impressed by the works of Auguste Rodin and Constantin Meunier.

Nielsen developed a socially conscious style (The Blind Girl, 1907, Ny Carlsberg Glyptotek). He had his breakthrough with Naked (1908) which was acquired by the Danish National Gallery. The Marble Girl attracted attention for its redefinition of the relationship between subject and material with its equal emphasis of the sculpture as woman figure and as stone block. It also introduced the rounded female forms which continued to be a dominant subject throughout his production. One of Nielsen’s first public sculptures, the Ymir Well from 1913 for a square in Faaborg, was controversial in its own day for the nudity of the jötunn Ymir.

Around the same time he collaborated with the architect Iver Bentson on a redevelopment of Blågårds Plads, a public square in one of the poorest working-class neighbourhoods in Copenhagen. His work, executed from 1912 to 1916, consists of 22 granite sculptures integrated in a low wall which encloses a central, rectangular section of the square. The sculptures all portray a person plying a trade—a tailor, a cooper, a baker—accompanied by an abundance of choppy toddlers. The intention was to celebrate the workers and the children of the surrounding community and their everyday lives. It provoked hefty debate and criticism when it was inaugurated but was innovative in its integration of the sculptures in a piece of street furniture and a functional context. The wall was intended for sitting and climbing on and the central space for children’s play.

Kai Nielsen died while working on a draft for a Maritime Monument (1924, Ny Carlsberg Glyptotek) after several lengthy spells of illness. 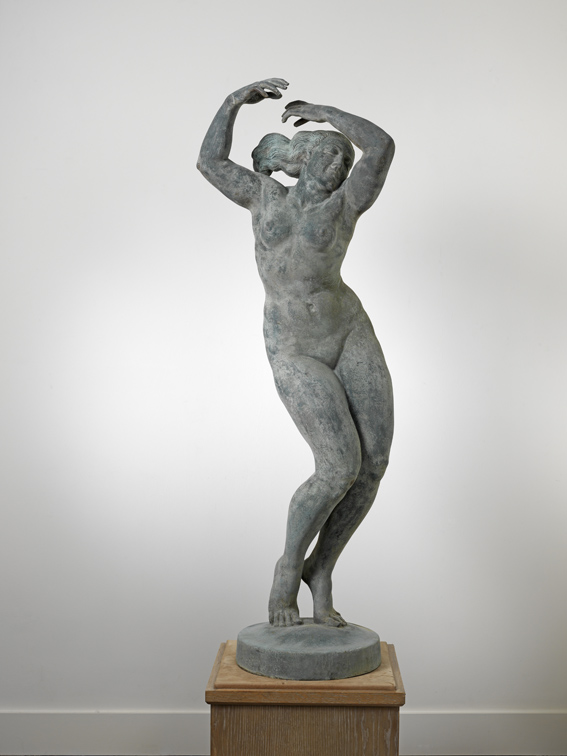