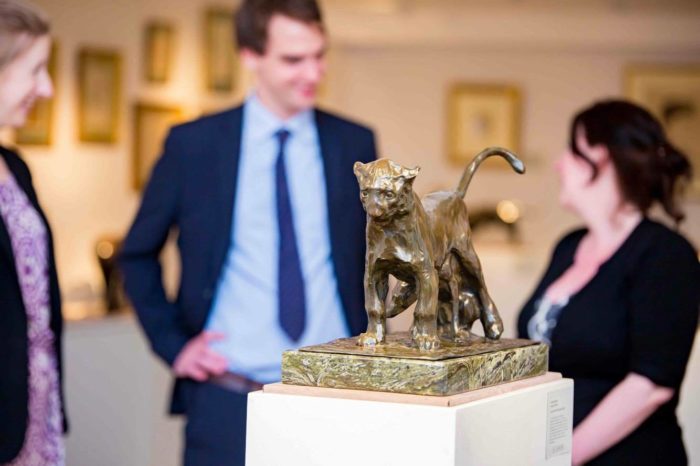 The Sladmore is pleased to be participating this year in London Art Week, which celebrates the exceptional riches and unparalleled expertise available within the galleries of Mayfair and St. James’s – a unique neighbourhood which represents the historic centre of the international art trade in our city. For London Art Week we will be holding an exhibition of works by Rembrandt Bugatti at our Jermyn Street space entitled Bugatti:100 – The Centenary Review to mark the 100th anniversary of the sculptor’s death.

On show will be a rare cast of ‘Mon Chien’, a Daschund belonging to Rembrandt. This model was rarely exhibited until its inclusion in the 1971 Sladmore Gallery exhibition. This perceptive portrait depicts Bugatti’s own dachshund named Wurst. On his frequent trips to Paris Bugatti would leave the dog with his friend, the sculptor Josue Dupon who also sculpted a portrait of Wurst, which depicts the dog playing with a ball. 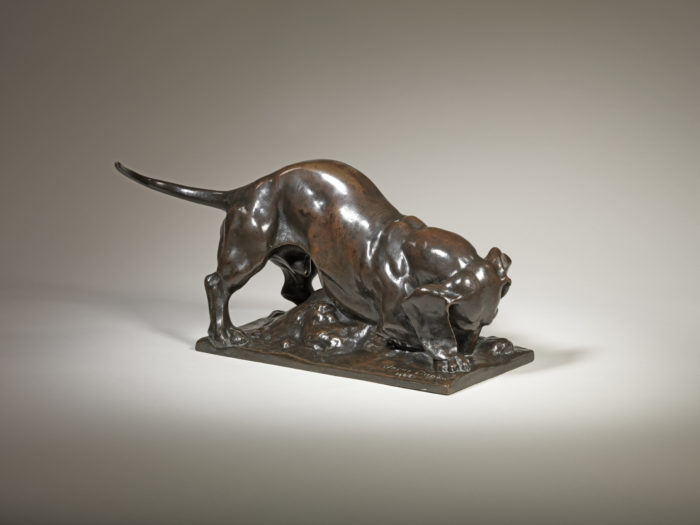