William Huggins was an English artist, from Liverpool, who specialised in drawing animals. He was taught drawing at the Liverpool Mechanics’ Institution and at the age of fifteen he successfully entered work to be shown at the Liverpool Academy of Arts. He drew from life using the classes at the Academy of Arts or by sketching the animals in Liverpool’s zoo. He travelled further afield to see exotic animals at the unusual Wombwell’s Travelling Menagerie.

Huggins was an eccentric individual. It is said that he preferred the company of animals, especially chickens, than that of his fellow men.  His epitaph, which he composed himself, read: ‘A just and compassionate man who would neither tread on a worm, nor cringe to an Emperor’.

Huggins has nearly 60 paintings in public collections in the United Kingdom. 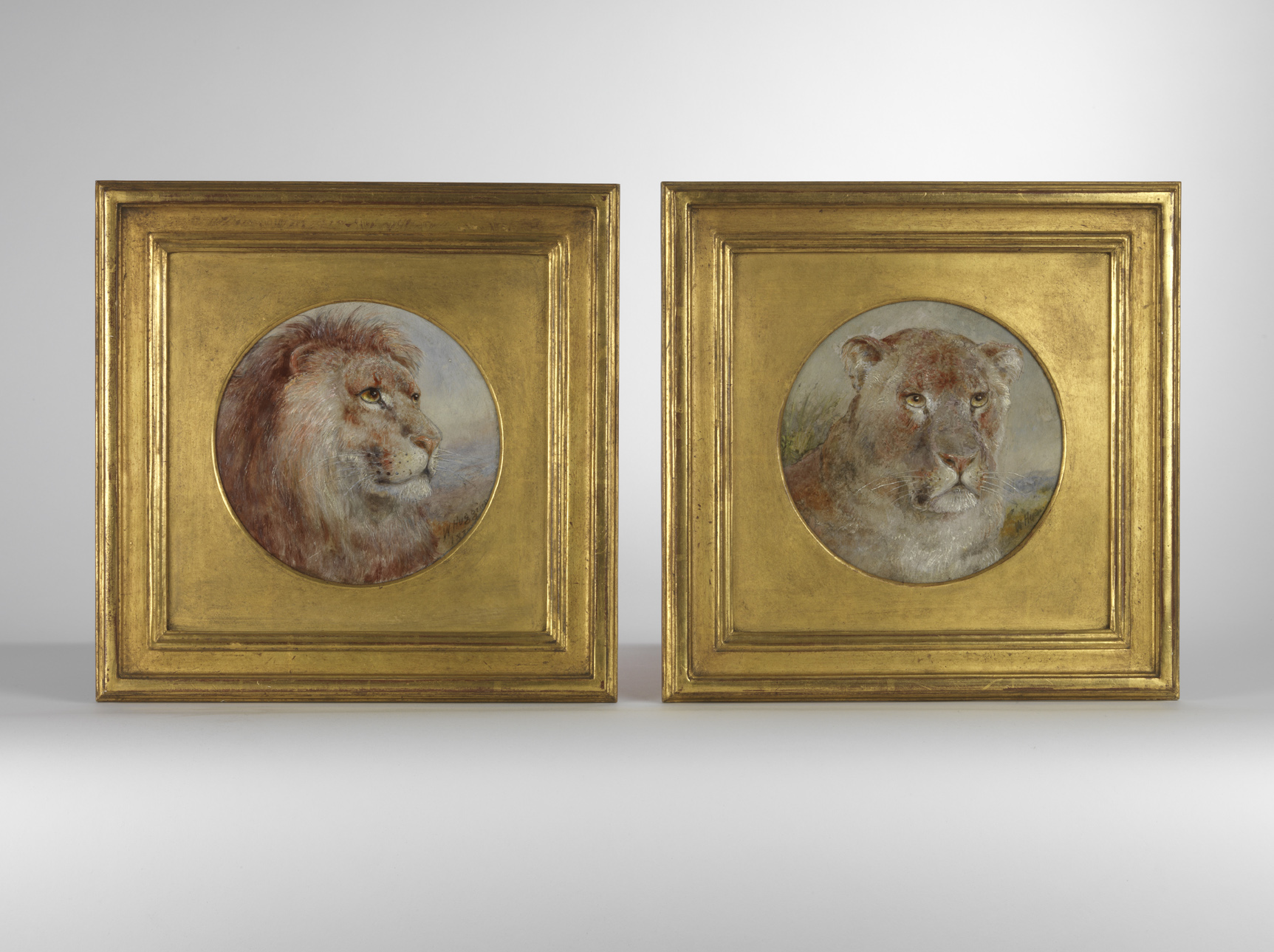