Hunt Diederich was the son of an American mother—a member of the prominent Hunt family of Boston—and a Prussian cavalry officer. Diederich spent his early years on an estate in Hungary, where his father bred and trained horses for the Prussian army until his death in 1887. Diederich attended Swiss schools before coming to America in about 1900 to live with his maternal grandfather, the artist William Morris Hunt.

Diederich’s early artistic leanings were encouraged by his family, and he took classes at the Boston Art School in 1903. Formal education, however, held little interest for him. He attended Milton Academy but left without graduating and headed west to work as a cowboy. Both his childhood years in Hungary and the time spent in the American West would influence his concentration on animal subjects for his sculptures.

In 1906 Diederich enrolled at the Pennsylvania Academy of the Fine Arts, where he was awarded a prize two years later for his Bronco Buster. This honor could not save the day, however, when Diederich used “improper language in a class composed of men and women,” which led to his being expelled from the Academy. He then traveled in Spain, Africa, and Rome before setting up a studio in Paris and undertaking study with the sculptor Emmanuel Frémiet, one of the most renowned animaliers in France. In 1910 and 1911 Diederich’s work was exhibited in the Paris spring Salons, and two years later his bronze sculpture Greyhounds was widely praised at the Salon d’Automne.

Upon the outbreak of World War I, Diederich moved to New York City. During this period dogs and horses were his preferred subjects. By 1917 he was also exhibiting a wide range of decorative functional objects in wrought iron, such as firescreens and trivets, whose imagery included polo players, deer, and hounds.

Diederich’s art caught the eye of Gertrude Vanderbilt Whitney and her associate Juliana Force, who exhibited his work at the Whitney Studio Club (forerunner of the Whitney Museum of American Art). Throughout the 1920s Diederich’s work was shown at several New York galleries, and in 1922 he was awarded the Gold Medal of the Architectural League for design and craftsmanship.

Diederich later lived in Germany, Spain, and Mexico before returning to New York in 1941 when World War II began. 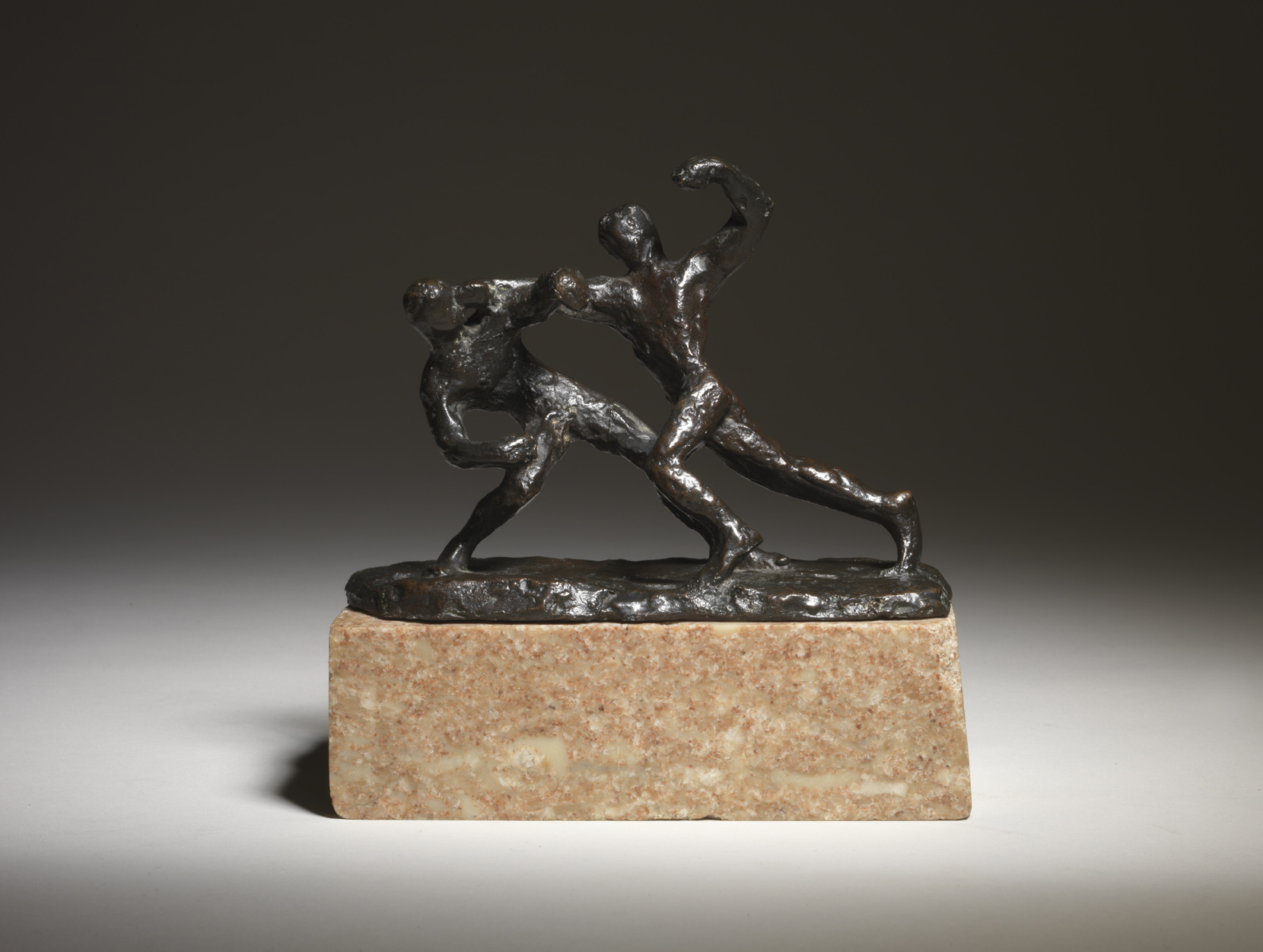