Pierre Blanc displayed his talent for drawing at a very early age and subsequently studied at the école des Beaux-arts in Lausanne between 1919 and 1924. On leaving the école he went to work as a decorative stone carver on the site of the Palais du Tribunal fédéral at Mon-repos and it was here that he acquired his taste for the slow, patient, methodical work of stone carving. In 1925, he moved to Paris where he worked as a studio assistant for the Martel brothers. He soon met François Pompon who gave him encouragement and friendly advice. In 1928, he began exhibiting at the Salon de la Société Nationale des Beaux-arts and the Salon d’Automne. Robj produced ceramic editions of two of his exhibits, Autruche and Bison. In 1930 he also began exhibiting at the Salon des Tuileries and in 1932 at the salon des Artistes décorateurs. In the same year the Sèvres factory accepted his Pigeon boulant and Sanglier for editing. He regularly exhibited at the Salon des Artistes Animaliers.

As a Swiss citizen he was mobilised in Lausanne in 1939 where he spent the remainder of his career. He was responsible for the execution of many public monuments: for example, Monument des abattoirs de Malley (1945), L’Eté in the park at Mon-repos (1949) and Poulain for the Ecuries du Comptoir suisse, Saulieu (1953).

Pierre Blanc worked in terra cotta, bronze sometimes polychrome or decorated with silver (his founders were Susse in France and Pastori in Geneva), stone and marble. He prepared his work using drawings and gouaches. He scrupulously supervised the production of all his editions, both in bronze and stone. Although he preferred Animalier sculpture done with purity and simplification and at times cubist overtones, he also created figures and busts worthy of the most sensitive and elegant classical tradition.

The Museum of the Ancien Evêché in Lausanne organised a solo exhibition of his work in 1977. 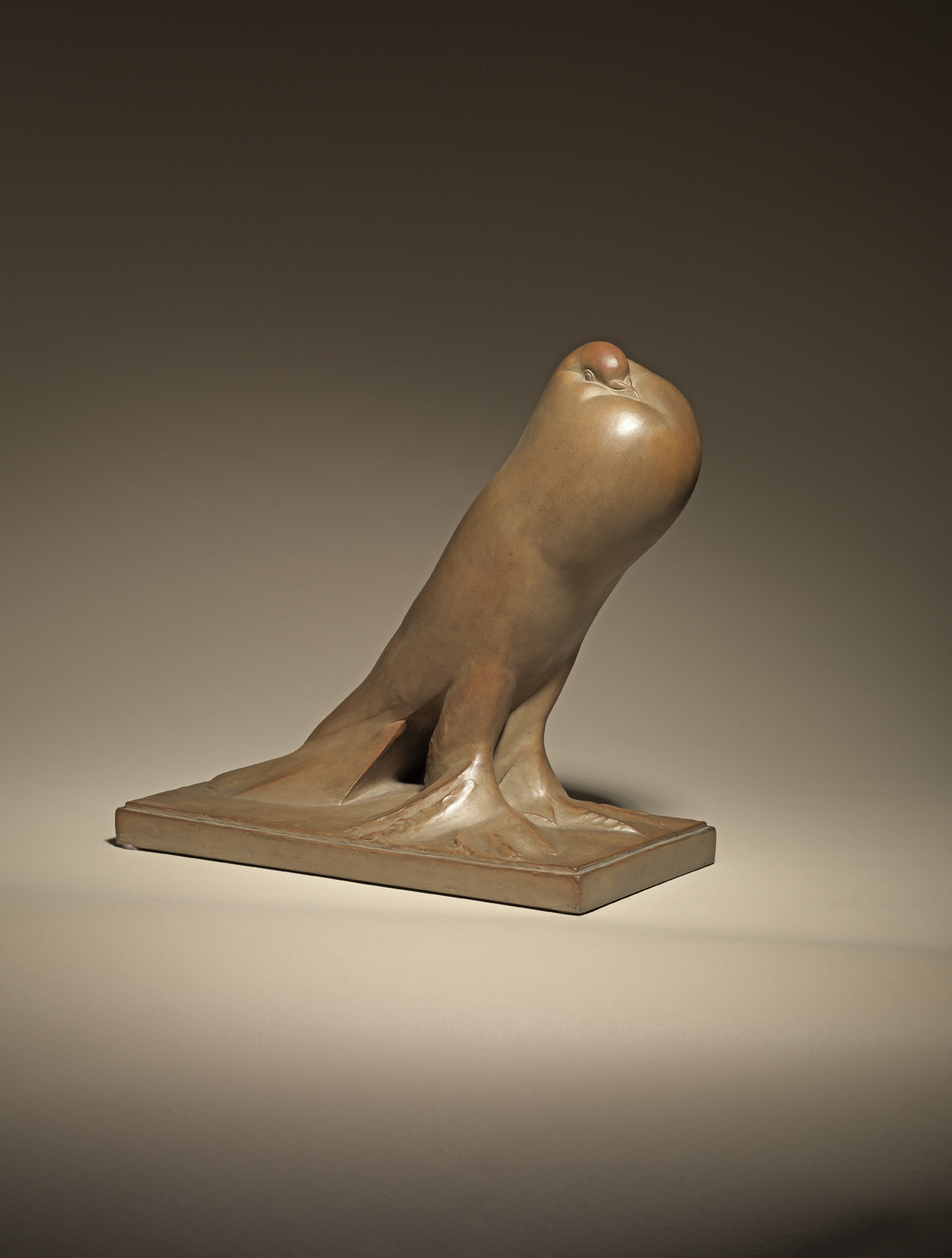