Born in 1865 in Igualada, near Barcelona, Campeny y Santamaria was a Catalan sculptor who attended the ‘Escuela de Bellas Artes in Barcelona. In 1881, at the age of sixteen, he exhibited at Barcelona’s historic salon, the ‘Sala Pares’. Several years later he moved to Paris where he completed his studies under the patronage of the Muntadas family, major local industrialists. Whilst in Paris he was influenced by the work of Antoine Louis Barye and Emmanuel Fremiet.

Campeny exhibited widely, both in his native Spain and beyond. He was awarded a medal at Barcelona’s Universal Exhibition of 1888, Athens in 1903 and the gold medal at Venice in 1904. An Animalier sculptor, he focused largely on animals in movement or combat. The ‘Catalan Animalier’, his work was seen to epitomise the recurring Catalan theme of the struggle between man and beast.

Campeny was a prolific sculptor, hugely successful in his time, with many industrialists, intellectuals and politicians commissioning works. He completed many public commissions and monuments. In 1911 he won a competition organised by Barcelona City Council to design and create three public fountains in the Eixample district of the city.  One of these is the famous frog ‘La granota’, at the crossroads of Carrer de Còrsega and Diagonal. He has numerous works in the Museums of Modern Art in Barcelona and Madrid. Known as one of the leading Catalan sculptors of his time, his name is now memorialised with the ‘Josep Campeny sculpture prize’, which is awarded to an emerging sculptural talent.

In 1911 he was appointed professor of Barcelona’s School of Arts and Crafts where he worked until his death in 1922. 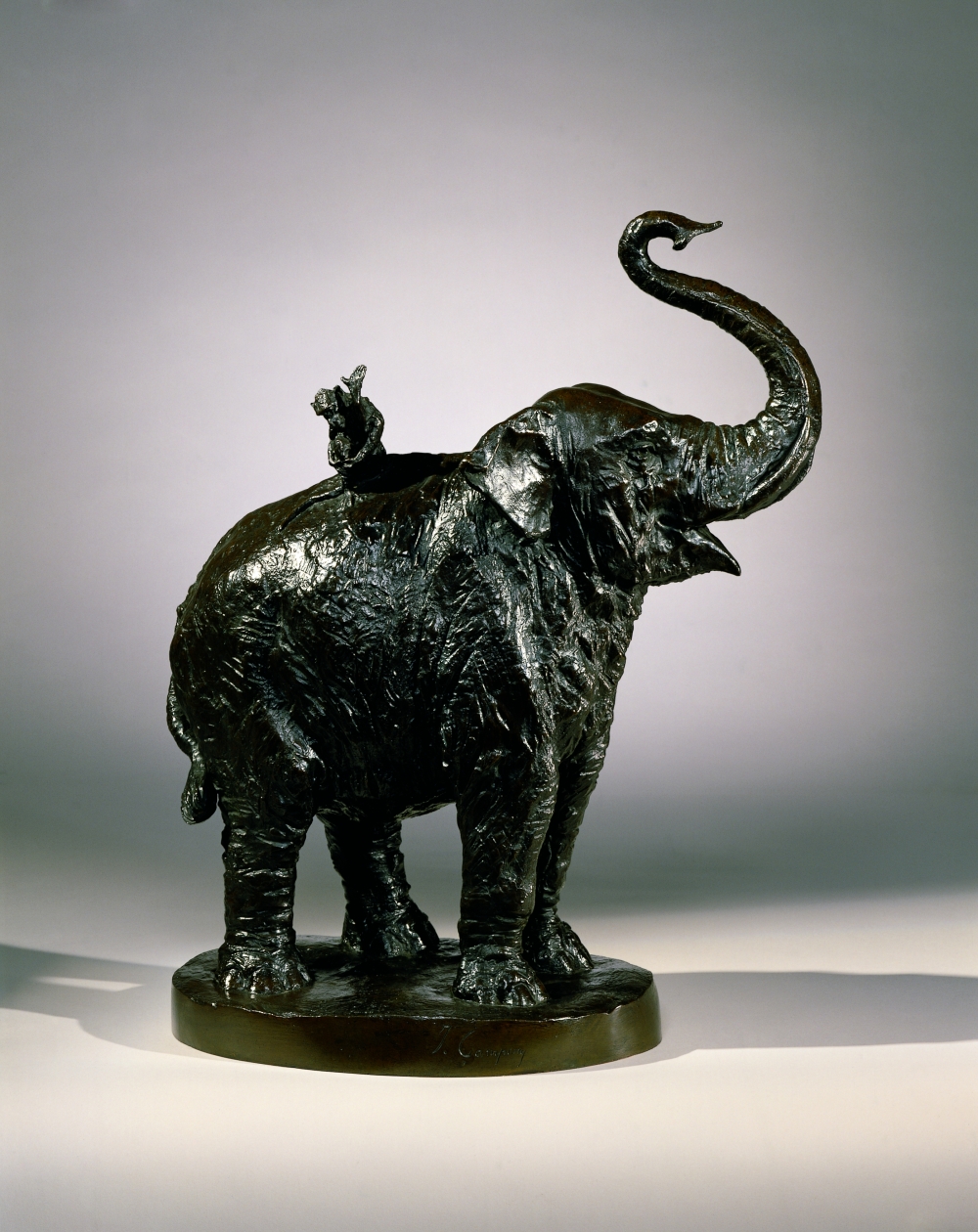 Elephant and Monkey, circa 1900