Emile Perrault-Harry was a French animal sculptor. The son of the painter Léon Perrault, Émile Perrault was inspired by Emmanuel Fremiet, who at the time was a professor of drawing at the National Museum of Natural History in Paris. Between 1920 and 1934 he made many trips to the Middle East which was an important source of inspiration to his work.  He died of pneumonia in Paris in 1938. 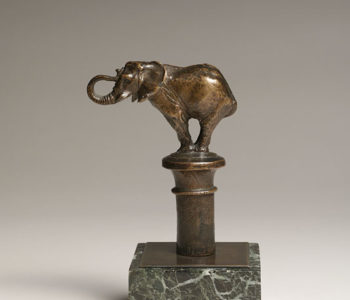