Also known as Fred Voelckerling, he was a German painter, draftsman and sculptor. He began to draw horses and soldiers when only 4-years-old. From 1892-94 he studied at the School of Applied Arts in Dresden, and from 1895-96 at the Academy of Fine Arts. Voelckerling then travelled to Paris for further studies. Back in Dresden he produced several equestrian statues (which were later destroyed), and also created animal statues (mostly horses and equestriens) in bronze, and some portrait works. 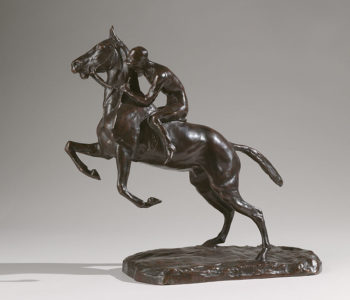