Georges Lavroff began his artistic training in Russia from 1912. Following the 1917 Revolution, he travelled to Moscow where he received his first commissions. Here he began to exhibit his work and take part in shows as a member of the Association of Artists of Revolutionary Russia.

In 1927, he was sent to Paris to make new art acquaintances and promote Soviet art. This time was the richest in his carrier. He pursued his work as a portraitist which he had begun in Russia and presented his work in various art salons. Moreover, this was when he produced all of his sculptures (art-deco and animalier), to which he would owe his notoriety in the Western world. Usually cast into bronze, their polished and smooth surfaces attract light and animate the room. 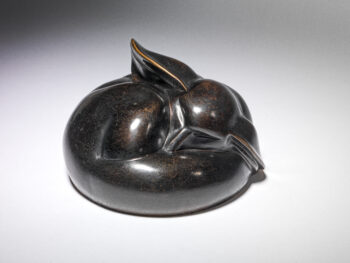