Charles Despiau was born in Mont-de-Marsan in 1874.  In 1891 he moved to Paris to study at the École des Arts Décoratifs and started a stone mason’s apprenticeship. Three years later  he enrolled at the École des Beaux-Arts and from 1898, he was a regular participant at the ‘Salon des Artistes Français’.  In 1901, Despiau joined the group of sculptors known as the ‘Bande à Schnegg’. He later became an assistant to Rodin for whom he worked from 1907 until 1914.

Despiau fought in the First World War between 1914 and 1919 and initially struggled to re-establish his career after the war, eventually gaining a reliable income. His career grew, as he established patrons who commissioned large scale projects. Paulette’s Bust (1907), The Faun (1912), the Mont-de-Marsan war memorial (1920-1922), Eve (1925) and Assia (1937) were the major works he completed. In 1923 he participated in the inaugural ‘Salon des Tuileries’ alongside Aristide Maillol and Emile-Antoine Bourdelle.

In 1937, the Petit Palais held an exhibition ‘Masters of Independent art’ which featured fifty-two sculptures by Despiau. The Musée Despiau-Wlérick opened in Mont-de-Marsan in 1968 which also houses work by fellow sculptor and member of the ‘Bande à Schnegg’ Robert Wlérick.

Despiau’s oeuvre was markedly classical in style and he is known for his drawings in sanguine. 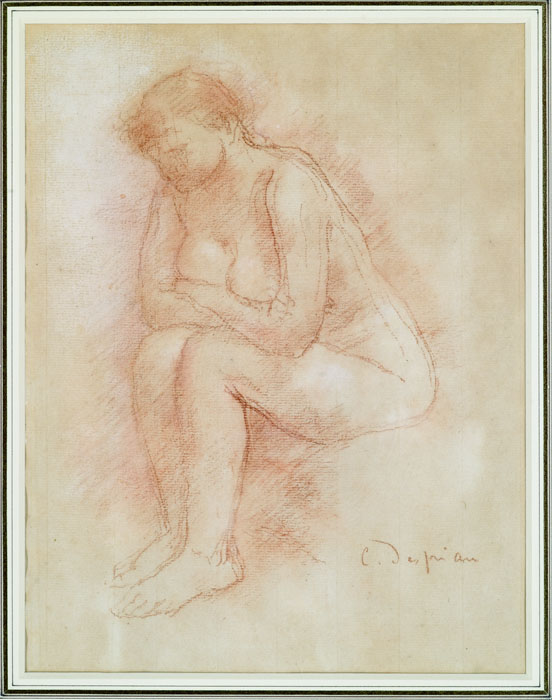